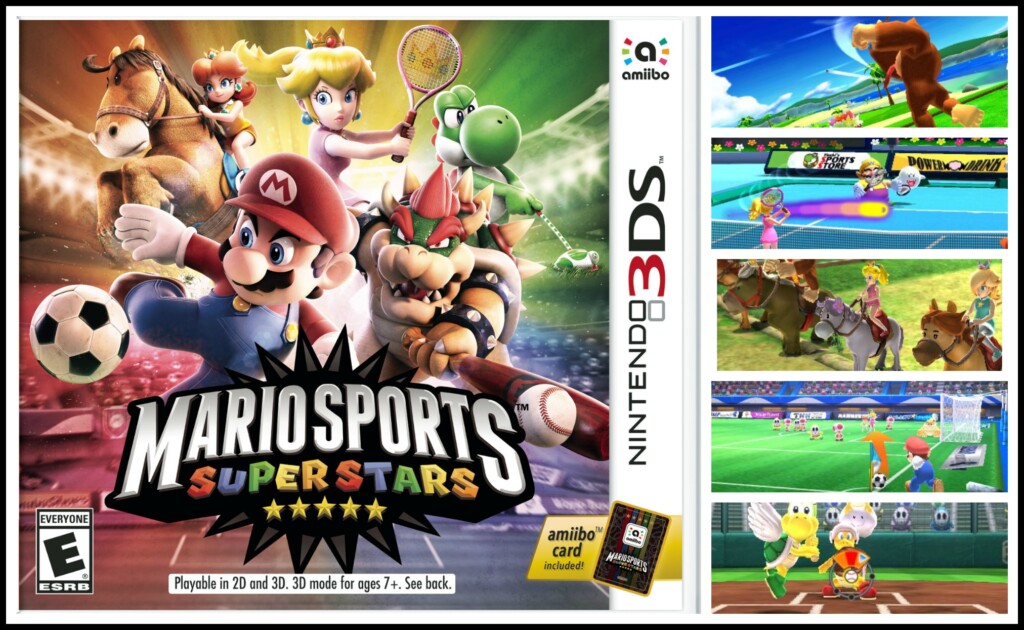 There are 18 characters in total, with 16 available from the start and 2 unlockable.  There are all the usual Mario characters except that Toad is not a main character which is unfortunate as he is my favorite character.  The box art of the game has 5 different Mario characters playing 5 different sports: Mario playing soccer, Bowser playing baseball, Peach playing tennis, Yoshi playing golf and Daisy horse racing.

Notice anything strange?  LUIGI IS NOT ON THE COVER!!! WHY NINTENDO!! THIS IS AN OUTRAGE! 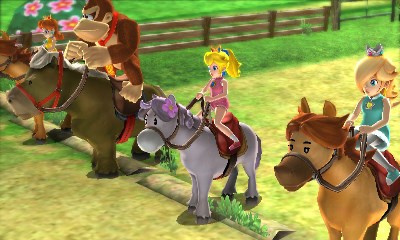 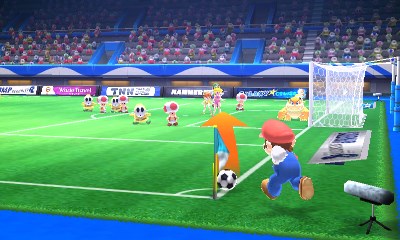 I had the least amount of fun playing soccer or football.  You pick one character to be the main captain, a second to be the assistant captain and then you pick from a few different generic characters, such as goombas and magikoopas for the 9 other players.  I feel that the game is trying to be too realistic without the usual Mario charm.  The special shots are not designed to the character’s traits.  Mario’s special shot is very similar to Waluigi’s special shot; the only differences are the color and the curve of the shot. 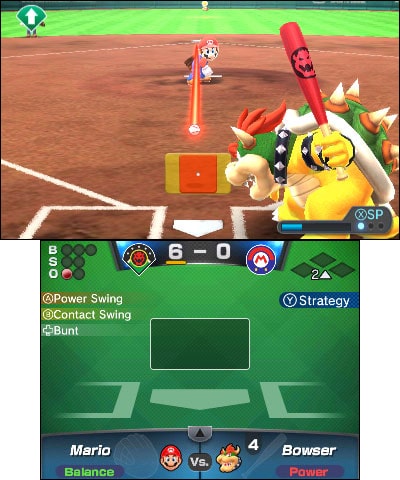 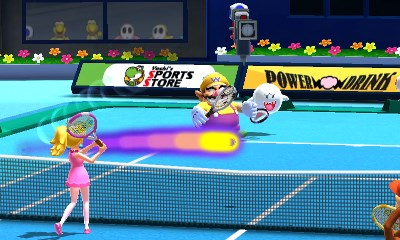 If you played Mario Tennis: Ultra Smash you have the basic gameplay down of tennis in Mario Sports Superstars.  It is the same gameplay with ultra smashes and chance shots.  From what I heard, golf is similar to Mario Golf: World Tour but I have not played that game so I do not know.  I still had fun playing this game though. 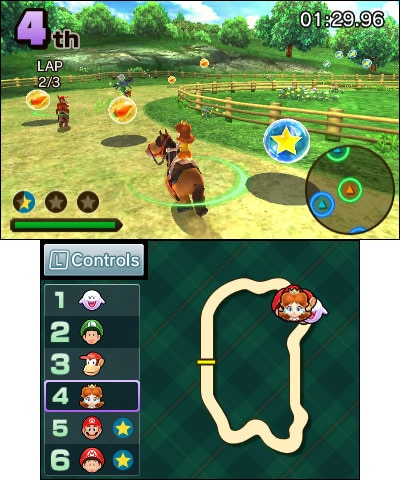 The last game is horse racing which has never been seen before.  You have to race around a track for a certain amount of laps while managing your stamina and boosting.  Also part of horse racing is the stable where you can raise your own horse and find items to customize it. 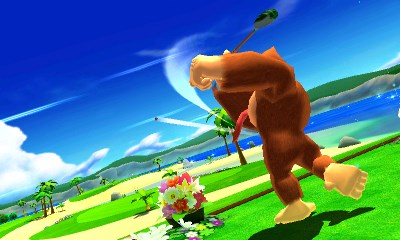 An amiibo-only mode is Road to Superstar which you use up to 3 amiibo cards to play a breakout style mini-game. From my experience, it is very difficult.  Once you beat this mode, the 3 amiibo cards you used become superstar characters which increases the character’s stats.  If you want to get every character to superstar you would have to beat this 30 times!

There are multiple stages for each sport but they are all very generic with none having any sort of gimmicks at all.  Also, there is no download play functionality so everyone has to have a copy of this game if they want to play.

While I had fun playing this game, it is overshadowed by the other Mario sports games which are better in my opinion.