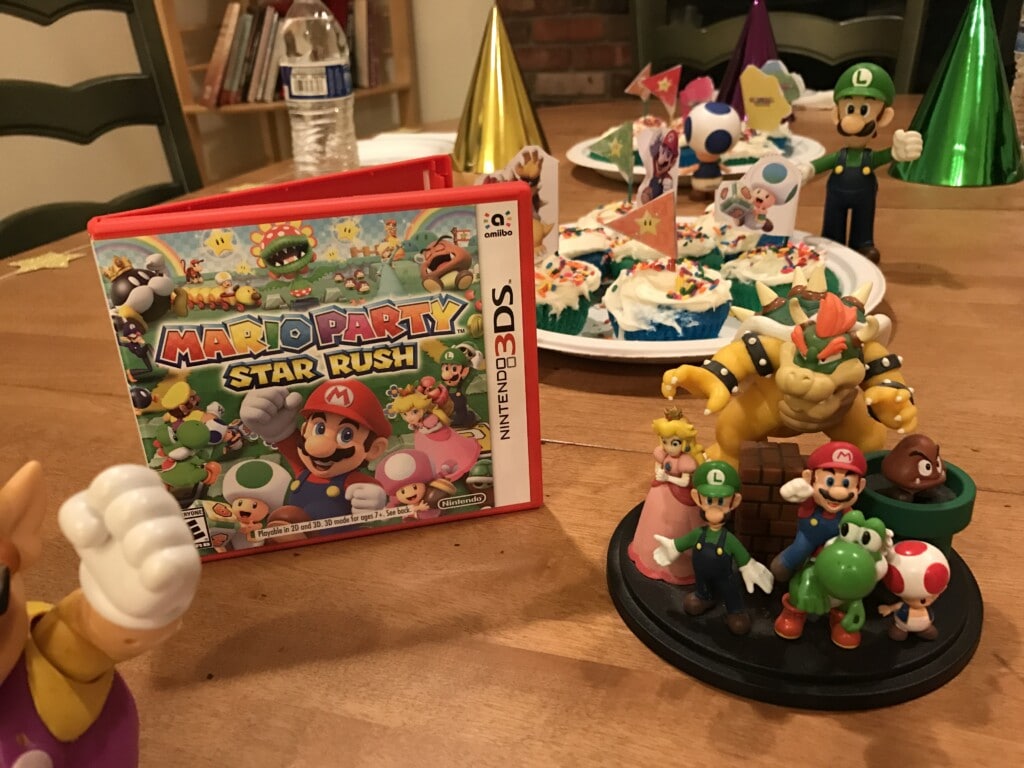 Y’know for a guy who’s constantly fighting fire-breathing dragon-like creatures and rescuing princesses from the other castle, Mario sure seems to party a lot!

Our friends over at Nintendo never miss an opportunity to join in the fun either. As Nintendo Kid Ambassadors, my boys are always getting the best care packages. Mario’s yellow item boxes got nothing on the parcels that find their way to our house.

The latest gift from Nintendo was literally a party in a box!

To help celebrate the new Mario Party Star Rush game for the Nintendo 3DS (review coming soon!), Jason and Ryan not only got a copy of the game, but all the ingredients necessary to host our own Mario Party. We’re talking super colorful cupcakes and frosting, party hats and gold star decorations. 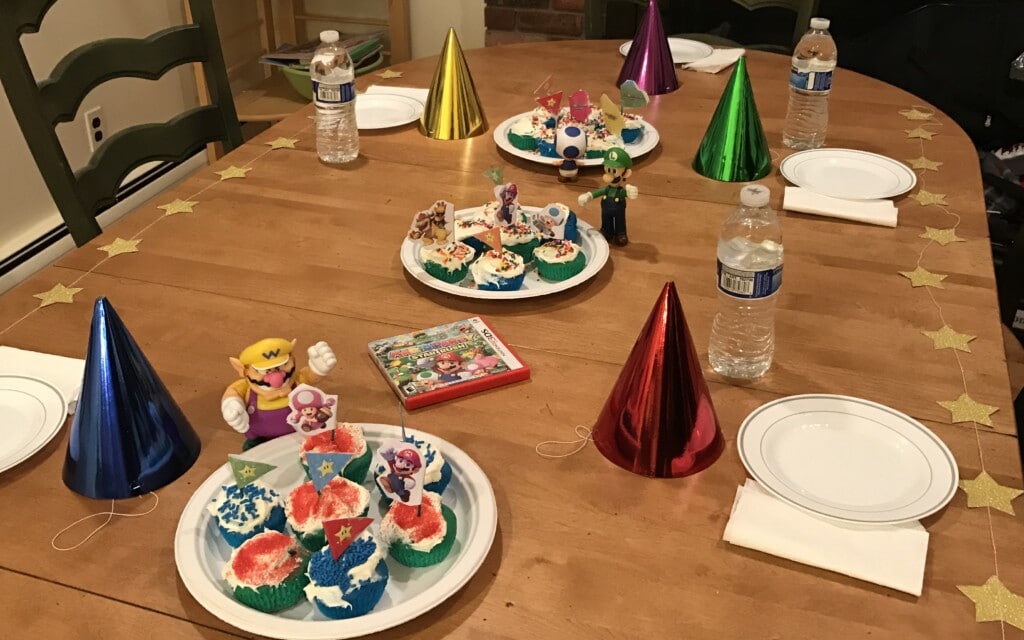 To avoid a party fail, I had Allie handle the baking side of things while I prepared the table. Jason and Ryan’s cousins were over for a sleepover, so we couldn’t think of a better time to host our own Mario Party! 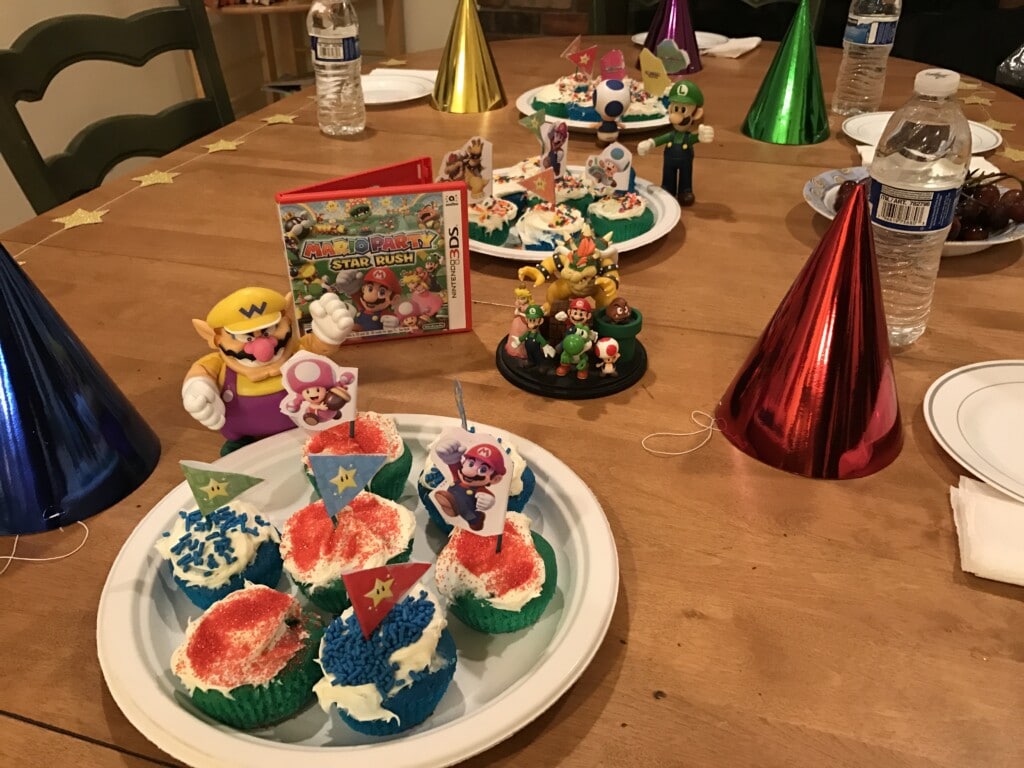 I just love the crazy colors of these cupcakes. And how adorable are the little flag and character toppers? 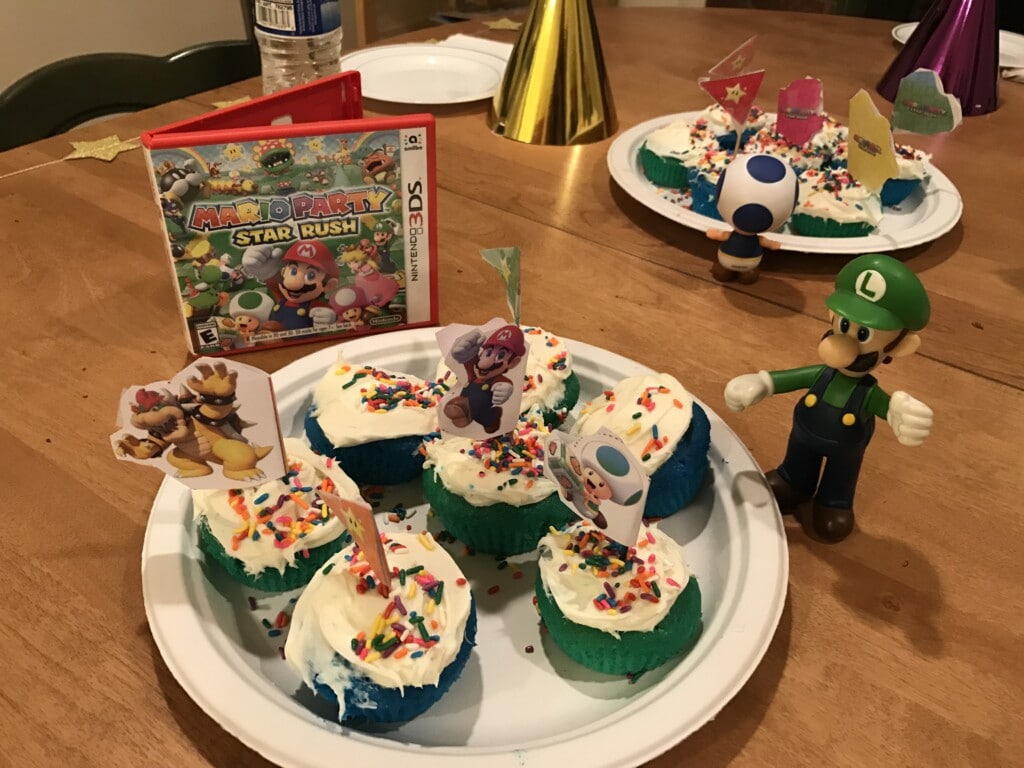 Nintendo may want to rename the game Mario Party Sugar Rush instead! At least we now know how Mario gets his super speed and bouncy abilities. 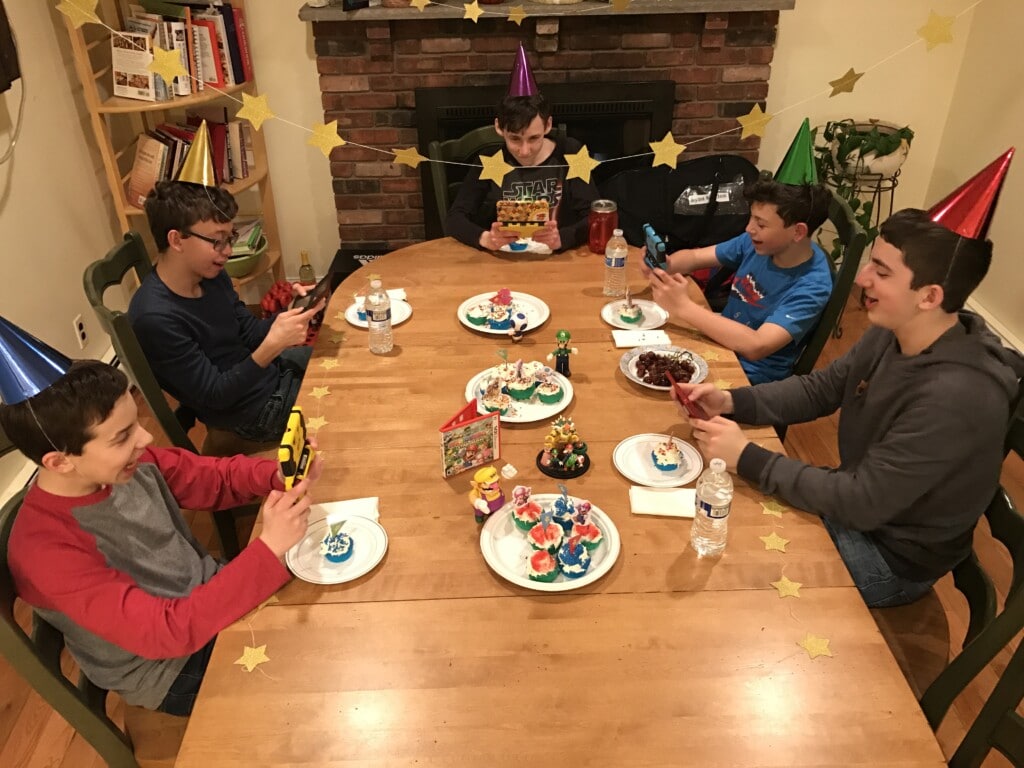 Before diving into the goodies, everyone grabbed a Nintendo DS and joined in the Mario Party Star Rush fun. I think it’s safe to say, the boys had a blast. 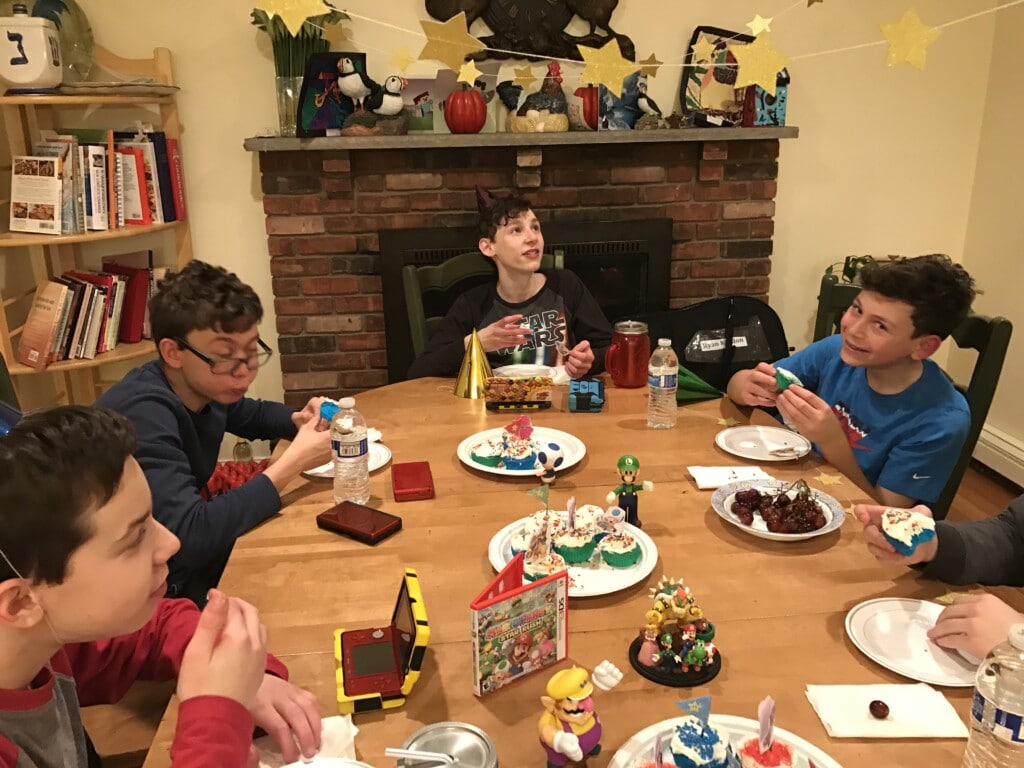 My favorite part of the party happened about 15 minutes after they started playing and eating. Jason looked up and saw the gold stars for the first time. “Whoa! Where’d those stars come from?” he said. Yeah, he’s not one to notice details apparently. 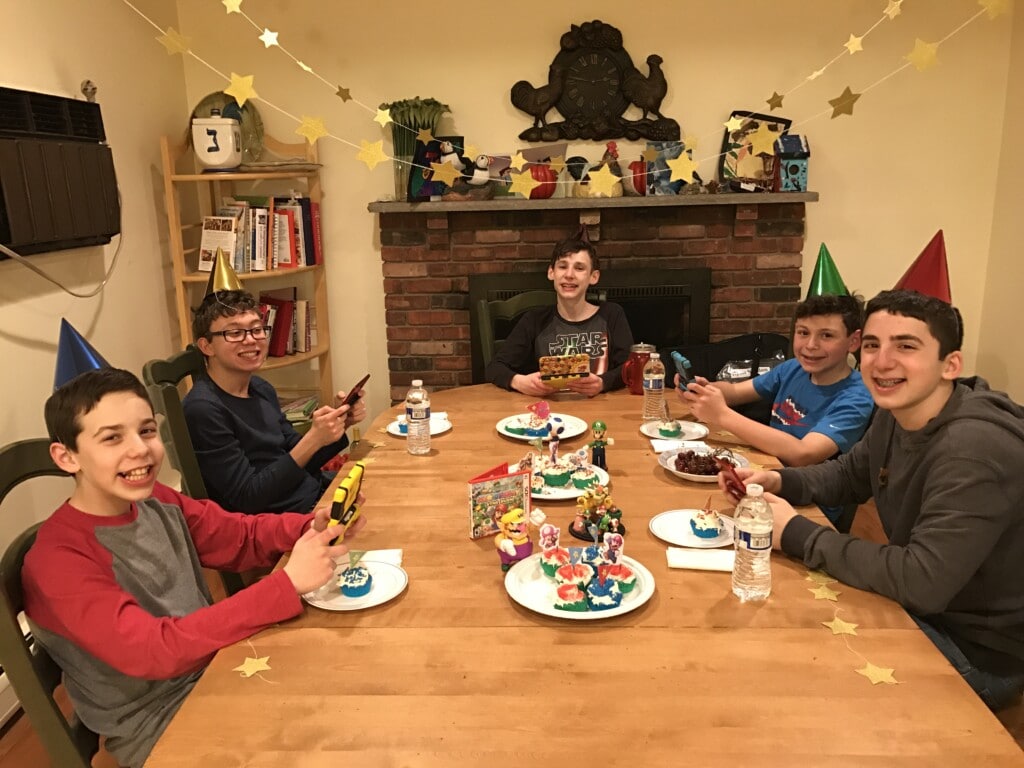 The cupcakes may be just about gone but the party’s still going on in our house today with everyone enjoying mini-game after mini-game on Mario Party Star Rush. Big thanks to Nintendo for helping us host our very own Mario Party! 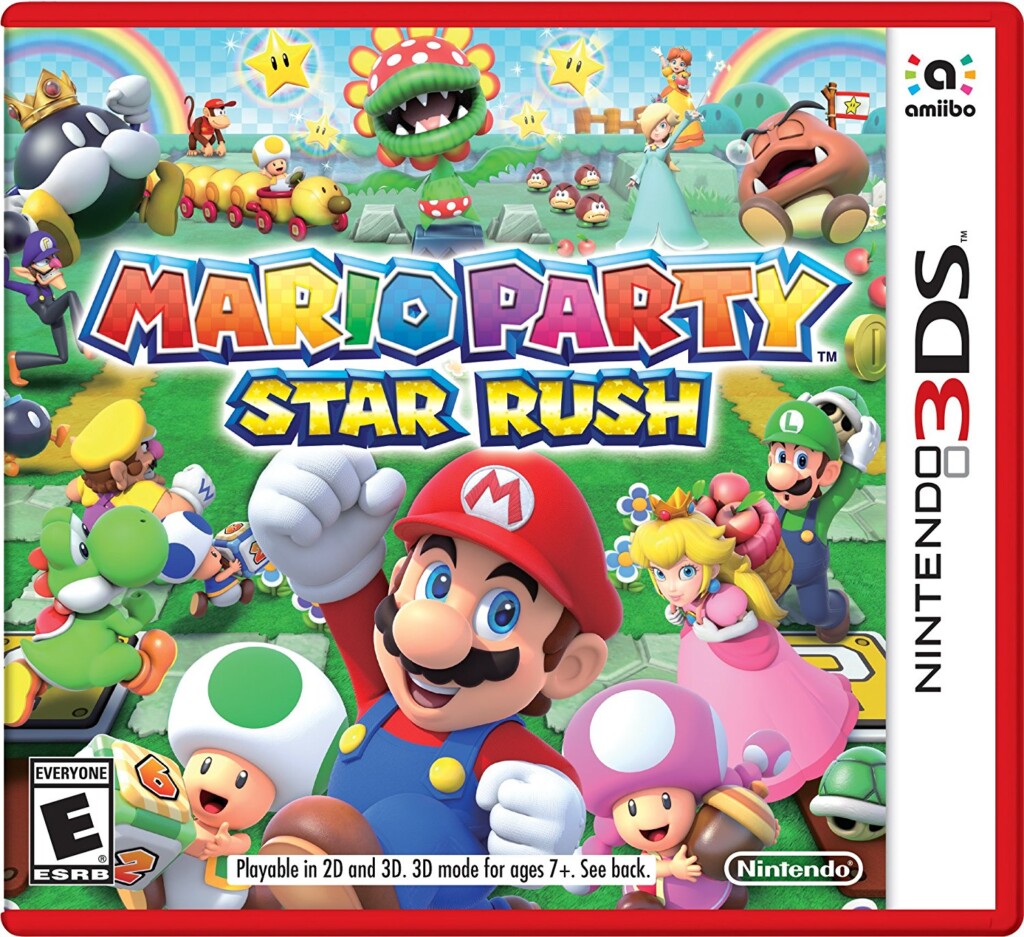