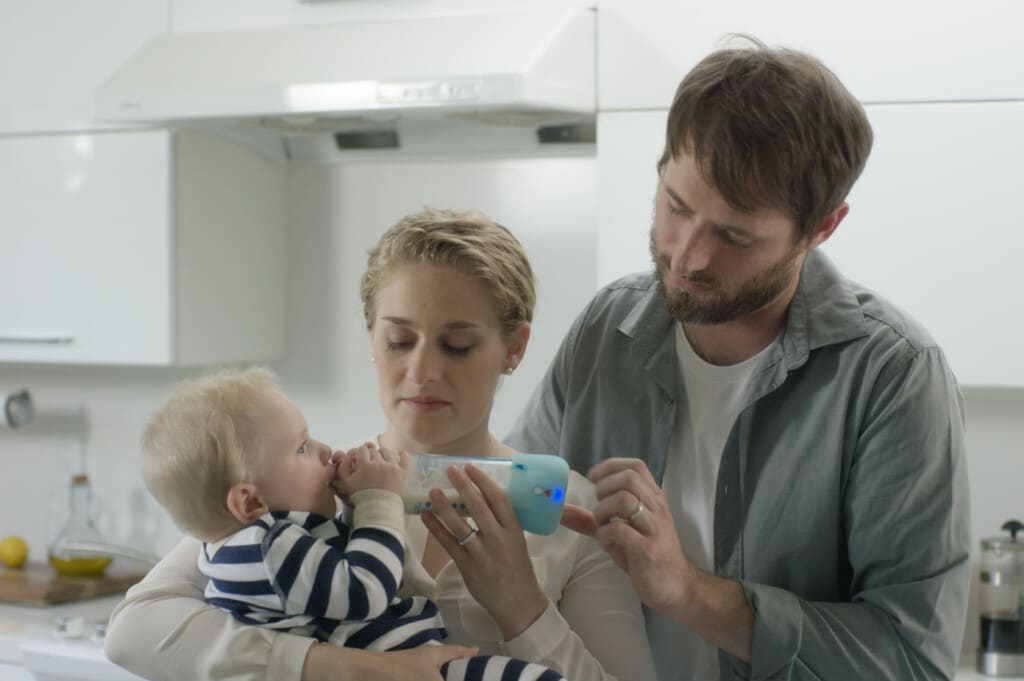 Before Jason was born, I never knew true terror.

Sure I’d been scared plenty of times before. Up at bat in Little League with a 3-2 count and the game on the line. Taking a college final exam for a class I barely even attended. Asking Allie to marry me. Scared? Yes. But nothing, nothing will get your heart pounding more than being a new parent.

Go on and read every parenting book ever written. Speak to 900 different doctors. Watch every episode of Parenthood. Nothing wrong with doing any of that. But I’ll tell you what, every bit of that is meaningless the very first time you find yourself at home alone with your new baby.

Don’t get me wrong. I love being a parent and it’s the most rewarding thing you’ll ever do! But I still recall the very first few moments that Allie I can home from the hospital with Jason. He was only a few days old and here we were on the couch with our beautiful baby boy. No noises. No nurses coming and going every five minutes. No family jumping to our sides to help with anything.

We were alone, just the three of us, for the very first time. We were a family. And to be brutally honest, I had absolutely no idea what to do next.

Everyone gets scared right before having kids. “What if I don’t know how to be a parent?” “What if I don’t know what to do?” Well, don’t worry about it. Every new parent is in the same boat as you. Every new parent learns first hand how to become a parent. And guess what… it always works out. That little guy or gal is there to help you become the best parent you can be. 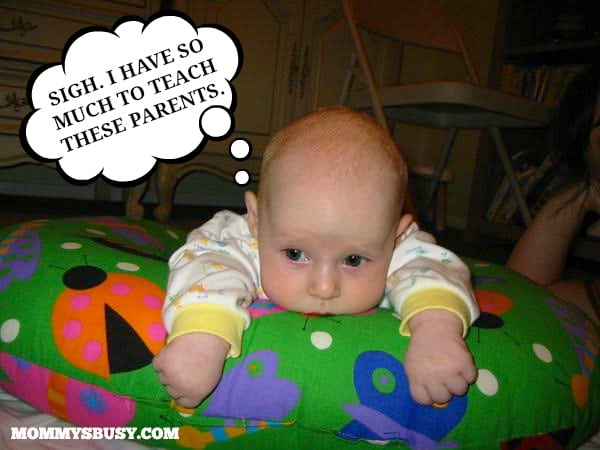 Besides that first fateful day of being a family in our home, I remember another Frightful First. Jason was a few months old and Allie finally felt comfortable enough going out with her friends and leaving him home alone with me. She always nursed him and I would give bottles occasionally, so this was one of the first times I had to give him a bottle without her nearby as a backup plan.

It was tough, I’ll admit for sure. And to be fair, Allie was probably even more nervous than I was! But in the end I pulled off daddy duty no problem. We played plenty of peekaboo and rocked a bouncy seat like nobody else. But when feeding time came, that’s when my nerves really lit up. What if the milk’s too hot? What if I hold the bottle at the wrong angle? How do I keep too much air from getting in to avoid giving my little guy gas?

We got through it together, but honestly it was one scary night. And we hadn’t even turned on the Teletubbies yet.

Now more than a decade later, we have two gorgeous boys (or handsome young men?) who are 11 and 13. They’re old enough to get their own drinks, so we must’ve done something right. But I just found out about a crazy cool new device that can massively help reduce those First-Time Frights for new parents. 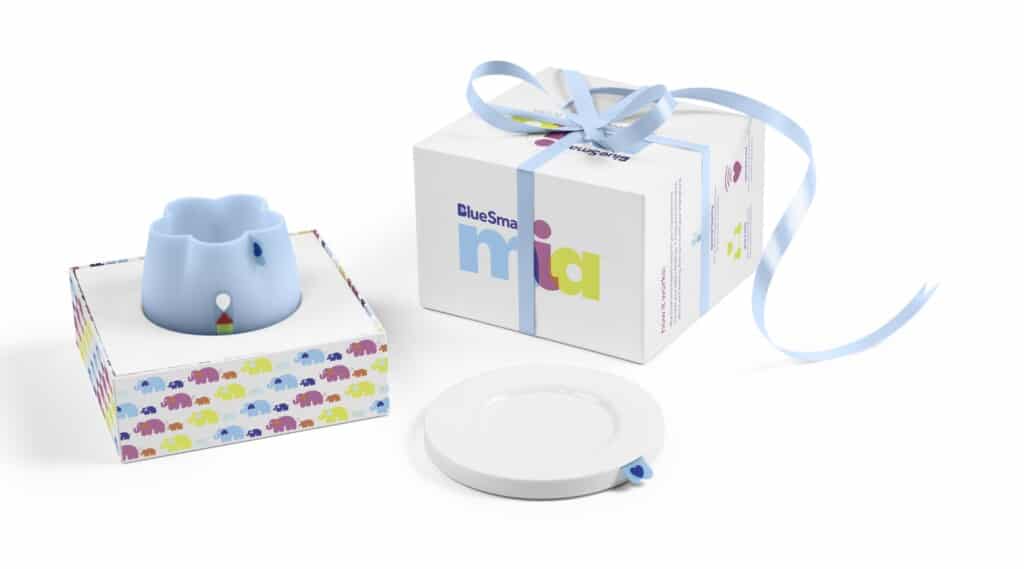 It’s called the BlueSmart mia and I only wish we had this thing when Jason and Ryan were babies! You’ve heard of a Smart Home where you can control your lights or heat with special apps on your phone? Well, that mindset has stepped into the world of feedings for your little ones.

Basically, this modern way to feed your baby lets you monitor all of your baby’s feedings in real time when you’re not around. It’s all recorded and shared with you on a really cool app that can show you everything you want to know from how much your baby ate to the perfect temperature of the bottle.

I finally feel like we’re living in future with the Jetsons. This high-tech system can track and analyze when and how your baby eats. That means new parents will have one less thing to worry about. Not only will the BlueSmart mia alert you in real-time as to your baby’s feeding patterns but it can even offer suggestions such as optimal feeding angles and temperatures.

You can also forget about the “smell test.” BlueSmart mia takes the guessing out of feedings by offering an alert to parents as to when milk has expired and should be tossed out. 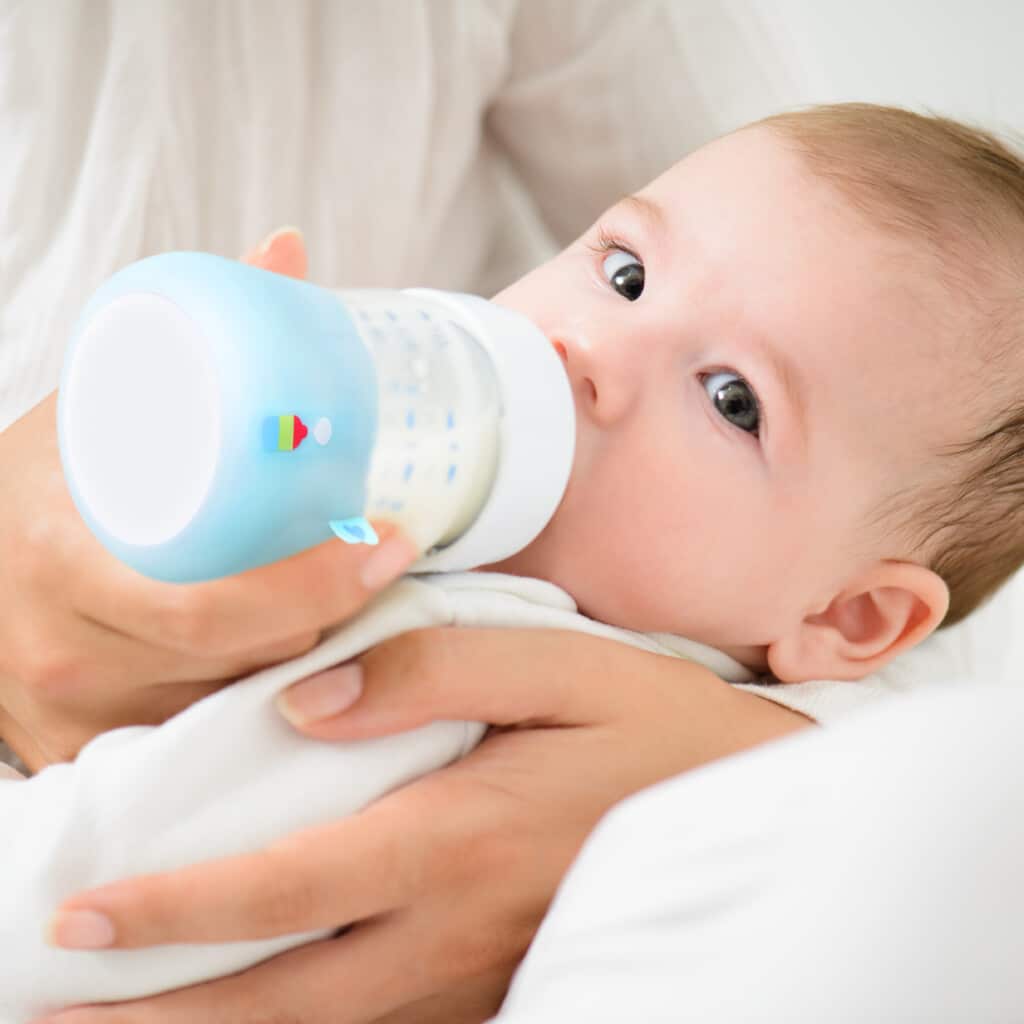 I can’t even imagine how insanely helpful and reassuring this little app can be to moms who have gone back to work and left their little ones with another caregiver. Every tiny little alert is a reassurance that your little one is guzzling down their next meal.

For more fun, there’s even a journal feature on the app so parents and other relatives or caregivers can make note of not just feeding patterns but any other major milestones such as crawling, walking, talking, and all those major scores that make new parents burst with pride. 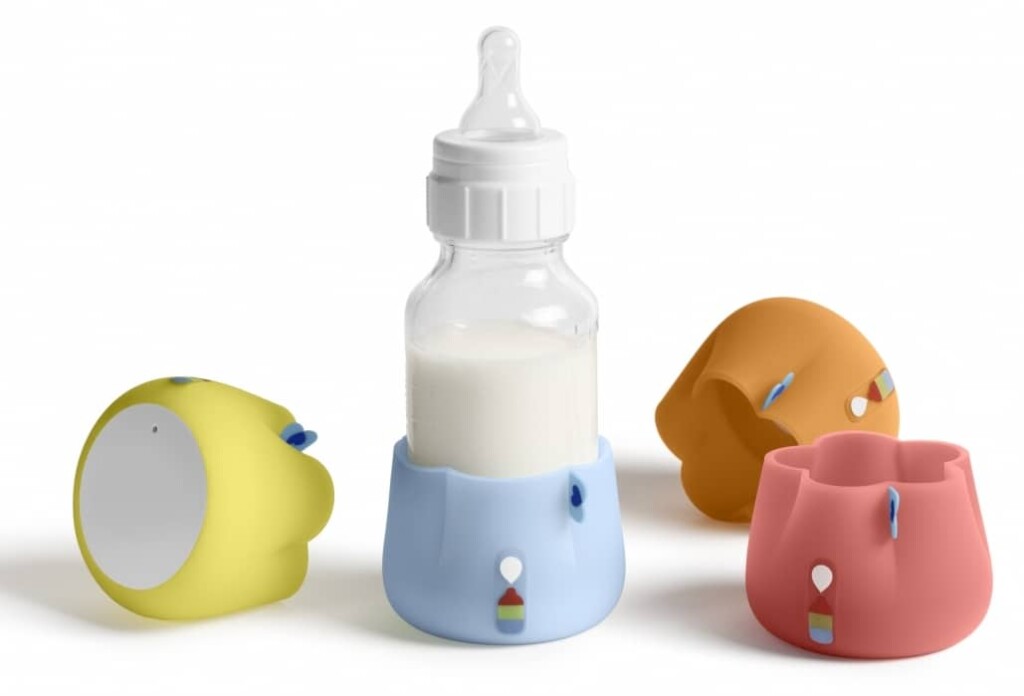 I’m a definite gadget guy and I have to admit that BlueSmart mia has me almost tempted to have another kid at this point in life. (Don’t worry, Allie, I said “almost.”) But even if you’re past the infant stage yourself, BlueSmart mia would make a fantastic present for any new parents you know.

Currently available in pink and blue colors (yellow and orange coming soon!), the BlueSmart mia smart-sleeve fits most of today’s modern baby bottles. BlueSmart mia is available at at Amazon.com, as well as at www.bluesmartmia.com for a regular retail price of $149. My readers can use coupon code NEWMIA30 to save $30 throughout the month of February.

What scares you most about being a new parent?