It’s a new year and that means loads of our favorite TV shows are back from rerun island. It also means loads of snow is on its way, which means I’ll have even more time to chill and Netfl… nah, you’re not gonna get me to say it.

There are loads of great shows I still need to finish binge watching as well as dive into for the first time. I figured the best way to do that is to make a list! Lists always help, don’t they?

So without further ado, here are 5 shows on Netflix I just can’t wait to curl up on the couch with a bathtub full of popcorn and binge watch like crazy! 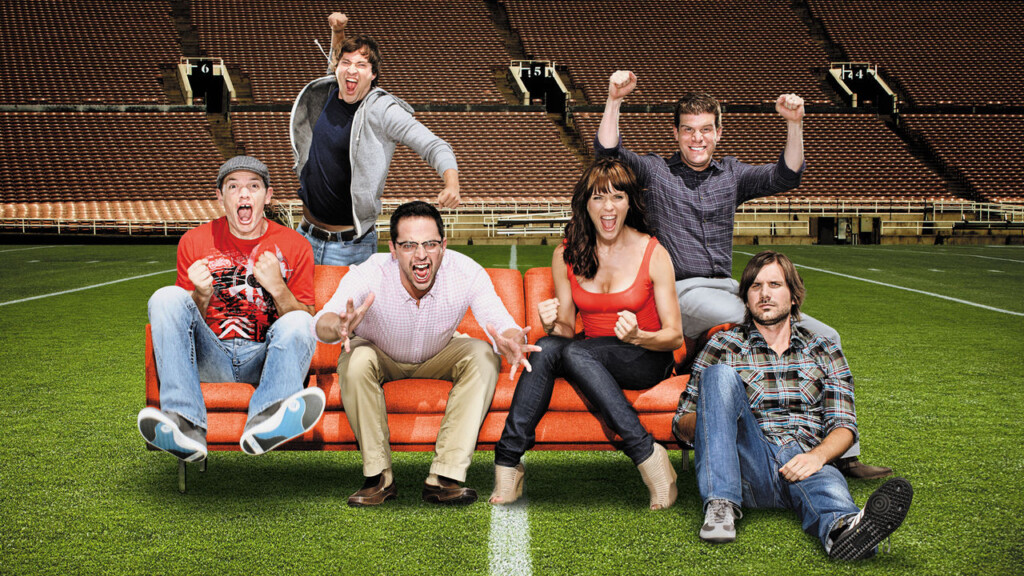 It took me a few years to finally start watching this one, despite all my friends recommending it to me. It’s a ridiculous, way over-the -top comedy about a group of friends, who spend every waking (and sleeping) moment thinking, talking and dealing with Fantasy Football. With real NFL guests (Terry Bradshaw, FTW!) and the absolute perfect casting of Jeff Goldblum in here as one of the guy’s dads, this show’s a riot. I’m only a few seasons in though, so I’d love to sit down and cram a lotta football into a short time frame. 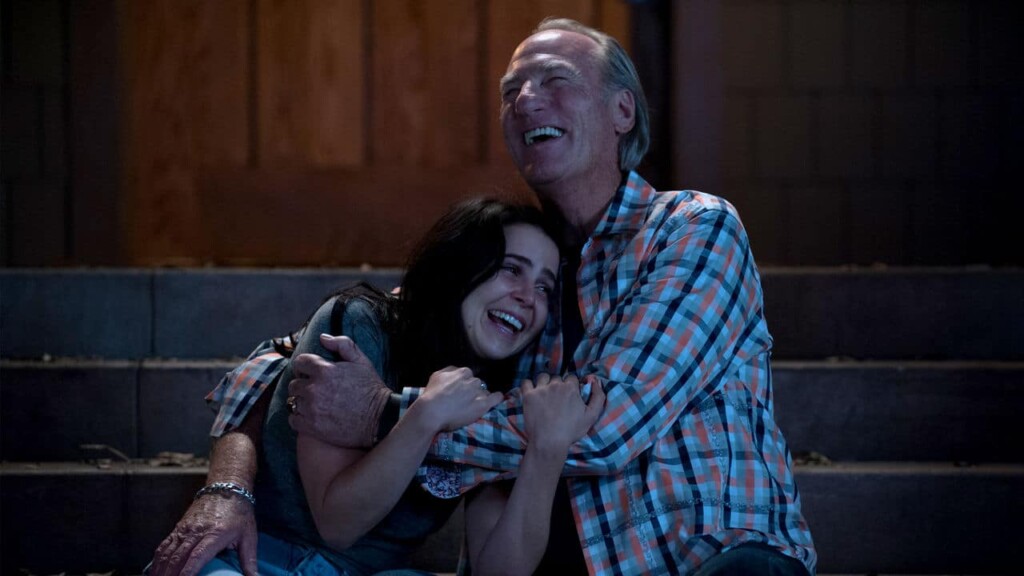 Yes, I’ll admit it. I love this show. I’ll also admit that it’s a really odd coincidence, but just about every single time I watch an episode, I somehow manage to get something in my eye. Strange, right? Nothing a few Kleenexes can’t fix. Anyways, if you’re a parent, you will absolute relate to at least one of the four siblings in this family. It’s a fantabulous cast (Peter Krause, Lauren Graham and Dax Shepard steal the show for me) with some top-notch writing and most definitely some gut-wrenching moments. I have about two seasons left, but I’m afraid to binge watch it because I don’t think I want it to end! 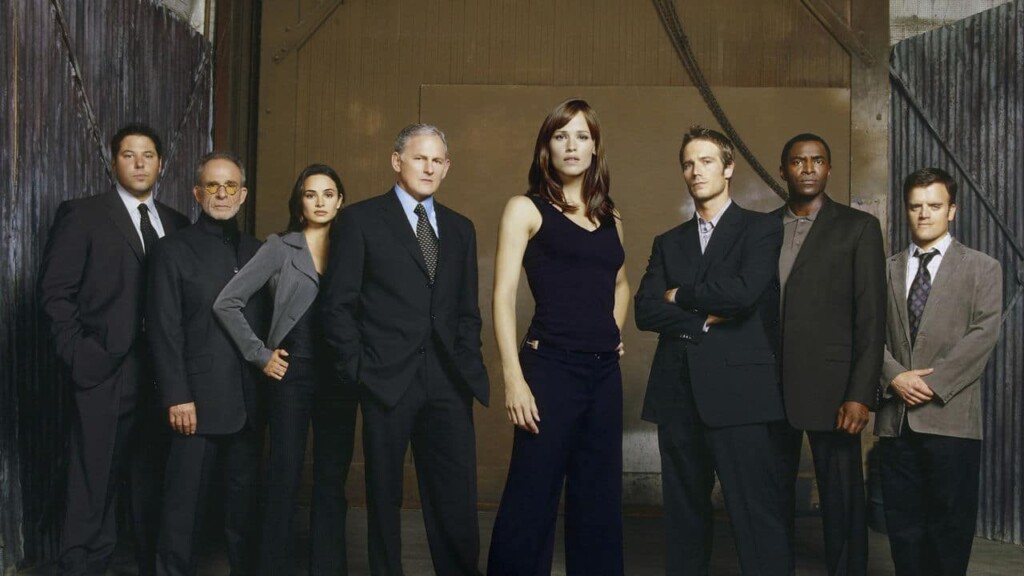 My favorite Edgar Allen Poem is about a Dream Within a Dream. I just love that layered type of storytelling. Well, hellloooo, JJ Abrams! His spy show Alias (starring the insanely talented and adorable in a girl-next-door way Jennifer Garner) deals with a CIA Agent who’s really a double agent working for a bad agency that pretends it’s a good agency and they don’t know that Sydney (Garner) knows they’re really bad. Got it? yeah, took me a while too. Some fabulous head-scratching moments and stellar storytelling from the guy who just brought us the first great new Star Wars movie in roughly three decades. Oh, and did I mention a young Bradley Cooper is on it too? 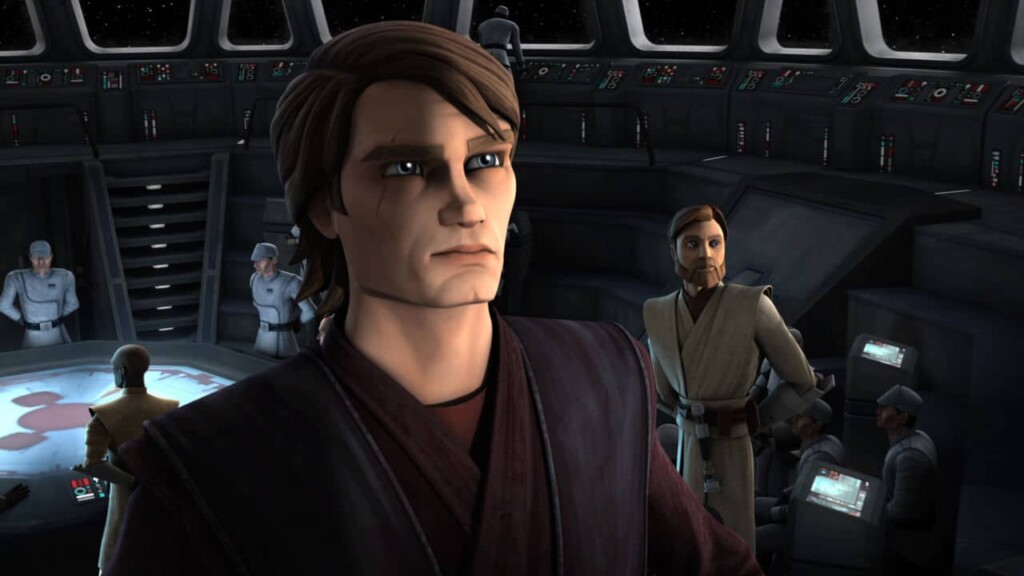 See, now this I like. For everyone who thinks I’m just hating on the Star Wars Prequels because it’s the cool thing to do, I’m not. Episodes I-III were a complete boar. A snoozefest of a waste of time. Pure rubbish you might say. The only good thing to come of them is the Star Wars: Clone Wars cartoon. We watched this as a family when it first came out but the kids were a lot younger and there was an early episode with some zombie-like mummies that scared Jason and Ryan a bit, so we stopped. Allie and I have been talking about getting back into it and just binge watching the whole thing ourselves. It’s six seasons of very cool storytelling set in the Prequels era. 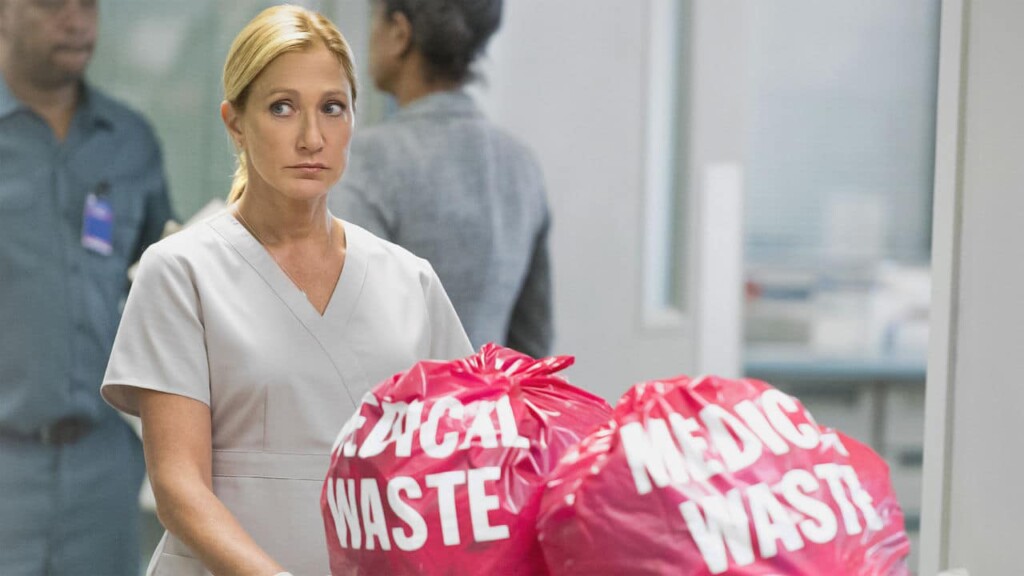 Edie Falco (The Sopranos) is one of those “tough broads” you could watch in just about anything. She’s pretty stellar. I haven’t seen a single episode of this dark comedy/drama about an ER nurse working in a NYC hospital, but my blogging buddy Kenda is an instant fan and just binge watched them. So now I need to see what the hubbub is all about!

There’s plenty more shows on Netflix I’d love to wrap my brain around but honestly there just isn’t enough time in the day. Or week. Or heck, year. If I can make it through this list before the year is up, I’ll consider it a pretty big success!

What are your binge watching now?