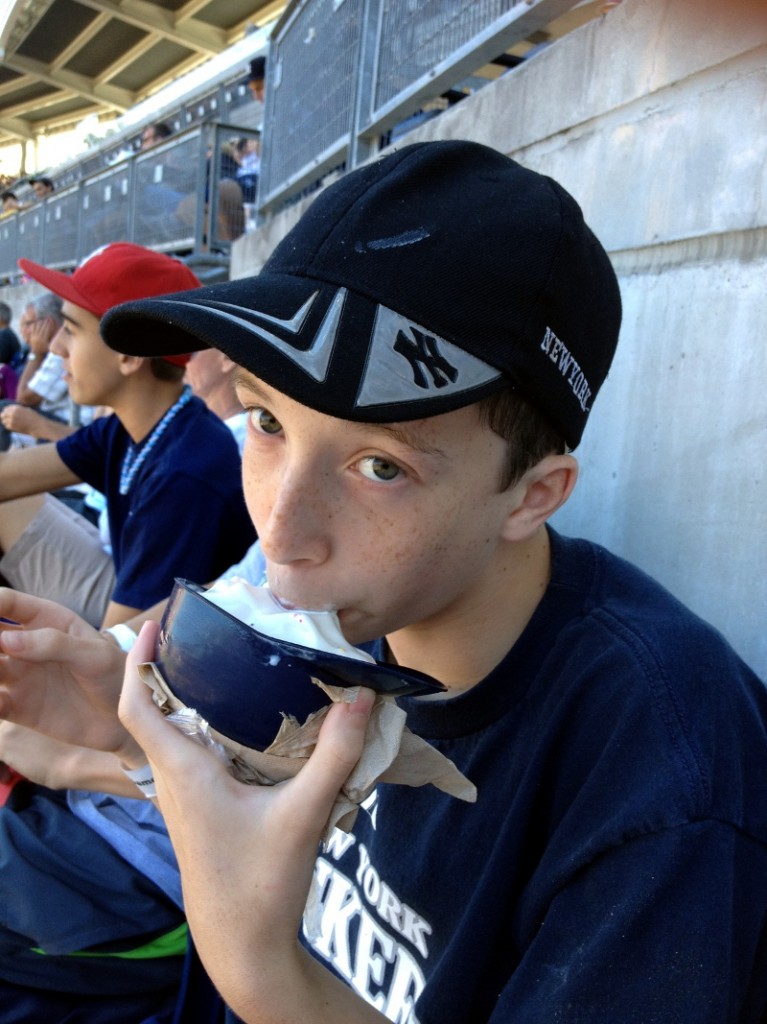 Know who won the 1947 World Series? How about the 1971 one? Honestly, I have no clue. Go Google it if you want. But Matthew, yeah he knows who won the World Series. Which one? All of them.

He eats, breathes, and inhales baseball stats. Last year, he put all this knowledge to good use, he started a blog called Baseball With Matt. Now he regularly writes about some of the coolest baseball players you’ve never heard of, as well as tons you’ve rooted for over the years.

Thanks to his blog, he’s had the chance to interview some of the greatest players to ever step onto a baseball diamond. Yogi Berra. Jim Palmer. Ron Guidry. Curt Schilling. Hank Aaron. Matthew’s conducted some stellar interviews, and even been interviewed himself for a number of websites and newspapers.

But today he topped all that. He was FOX 5 News for a lengthy segment about him and his blog. Check him out as he’s interviewed by Ashley Mastronardi:

I think Matthew did an amazing job! He looks incredibly natural on TV and I have no doubt that one day he’ll certainly have a great shot at a career in broadcasting. Congrats, Matthew and an early Happy Birthday to ya!

7 thoughts on “My Baseball-Loving 14-Year-Old Nephew Was on Fox 5 News Today!”