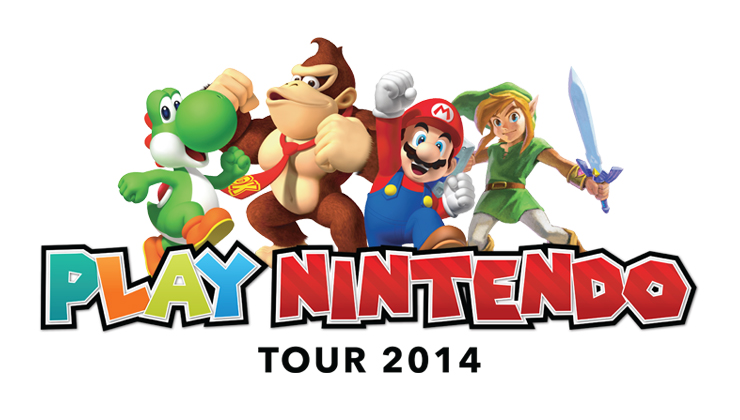 Think your mall’s just for shopping and catching the latest flick? Well, yeah, it is good for those things. But starting this weekend, select malls around the country will be oh-so-much cooler thanks to Nintendo!

The Play Nintendo Tour 2014 hits Charlotte, NC today at the Northlake Mall, and spends the next 3 months on the road hitting different malls and different cities each weekend.

The Tour lets kids (and yes adults too) test out the 2DS with a slew of portable games including:

Guests will enjoy whimsical-themed gaming zones filled with iconic items like banana-shaped seats in the Donkey Kong area, a giant Poké Ball in the Pokémon section and Yoshi egg chairs in Yoshi’s island. Attendees will also have the chance to meet costumed characters Mario, Luigi, Donkey Kong and Kirby. Radio Disney will also be at the events, featuring the Radio Disney Road Crew and prize giveaways (while supplies last).
Racers can satisfy their need for speed in the Mario Kart racing area, where their skills will be put to the test on Mario Kart 7 in qualifying rounds. Winning drivers advance and will be eligible to move up to the main stage to show off their racing skills on a giant TV screen featuring the new high-definition, anti-gravity racing game for Wii U: Mario Kart 8, which launched May 30.

Seriously, while I haven’t played the 2DS and my kids still don’t understand the need (“It doesn’t fold! Why doesn’t it fold?!?”), I want to move in to this Play Nintendo Tour. It just looks insanely comfortable and (no pun intended) like barrels of fun! Look at this video for proof!
The Play Nintendo Tour 2014 is scheduled to make the following stops (Sadly none in NY!):

For more information about the Play Nintendo Tour 2014, visit http://www.nintendo.com/events/play2014.