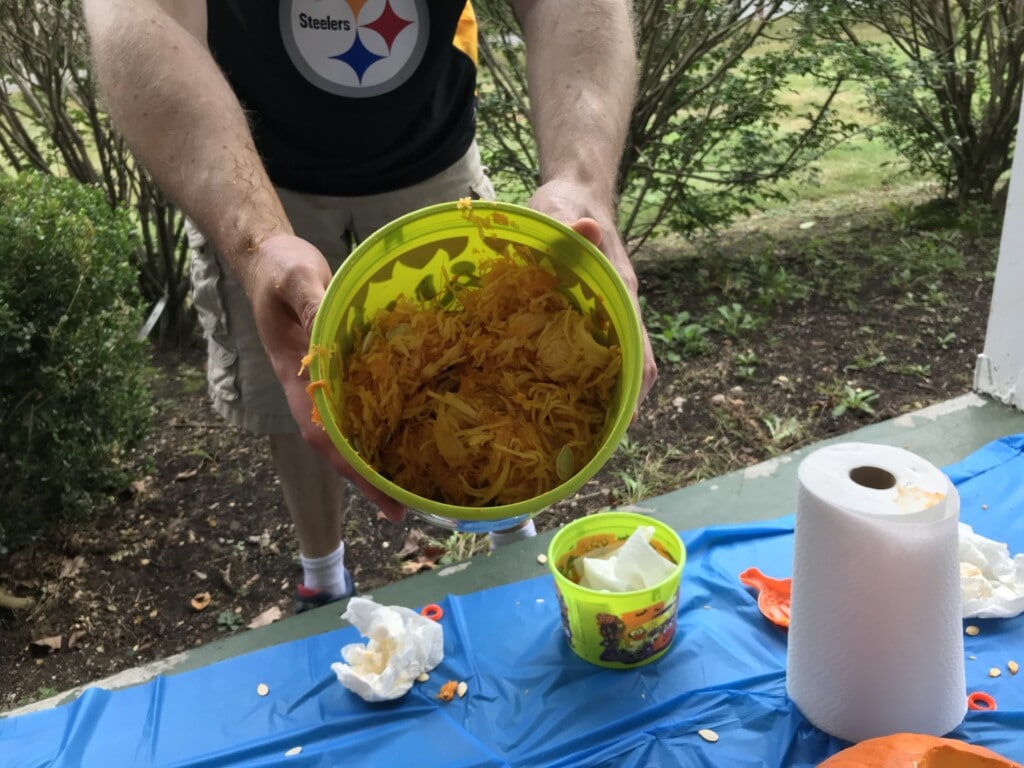 It takes a lot of guts to do what I did today with my family. Yep, it was pumpkin carving time and the boys couldn’t have been more grossed out if we tried!

I have really fond memories of carving pumpkins as a kid. We didn’t have any fancy shmancy tools back then either. It was just mom with one big honking serrated knife and a simple pencil to sketch out the face. Though I have to admit, these pumpkin cutters are sooooo much easier to use these days. 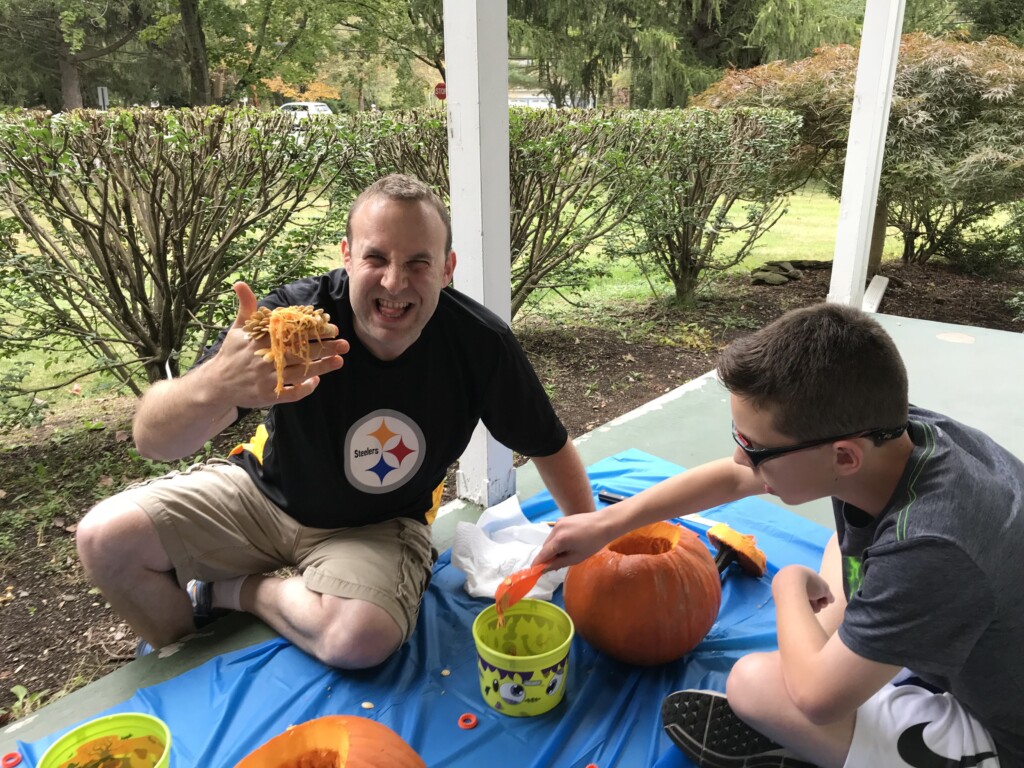 The past few years we’ve only decorated pumpkins by either painting them or treating like Mr. Potato Head and sticking plastic pieces on them. It’d been years since we actually had a true pumpkin carving session. I figured it was time!

To  be honest, these pumpkins weren’t super goopy. There was more than enough pumpkin guts to get groans from Jason and Ryan, but this batch was fairly tame. So I helped the boys scoop out the guts and prep the pumpkins for their transformations. 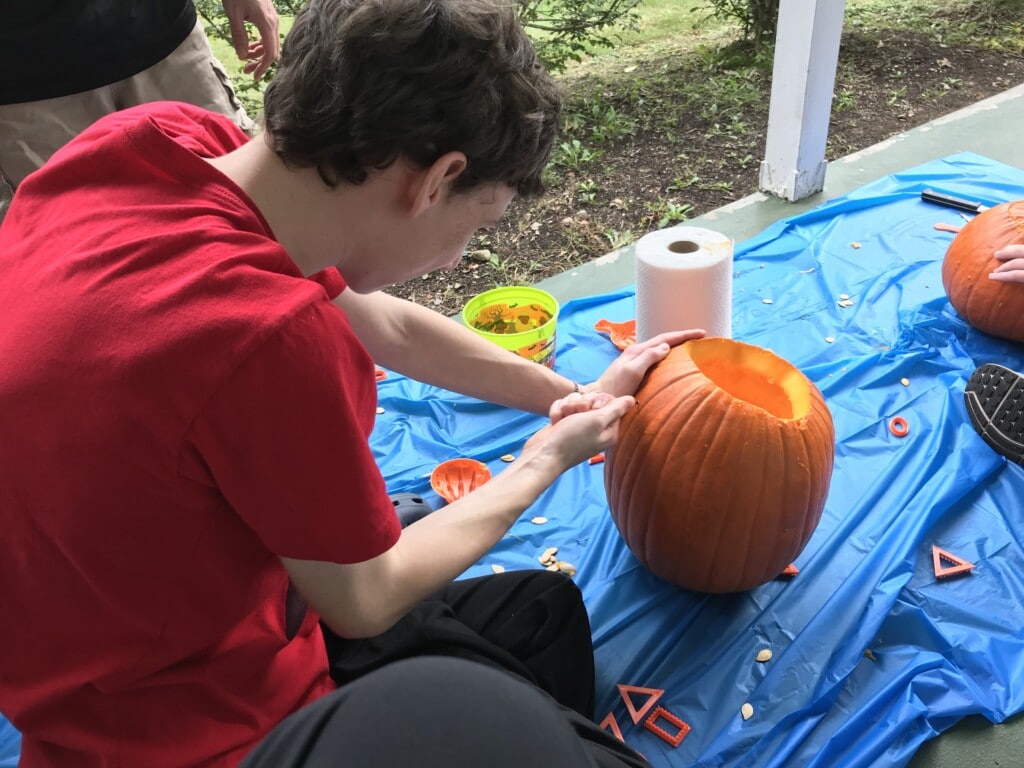 Jason got quite good at using the tiny pumpkin knife to carve out the moon-shaped eyes he was working with. 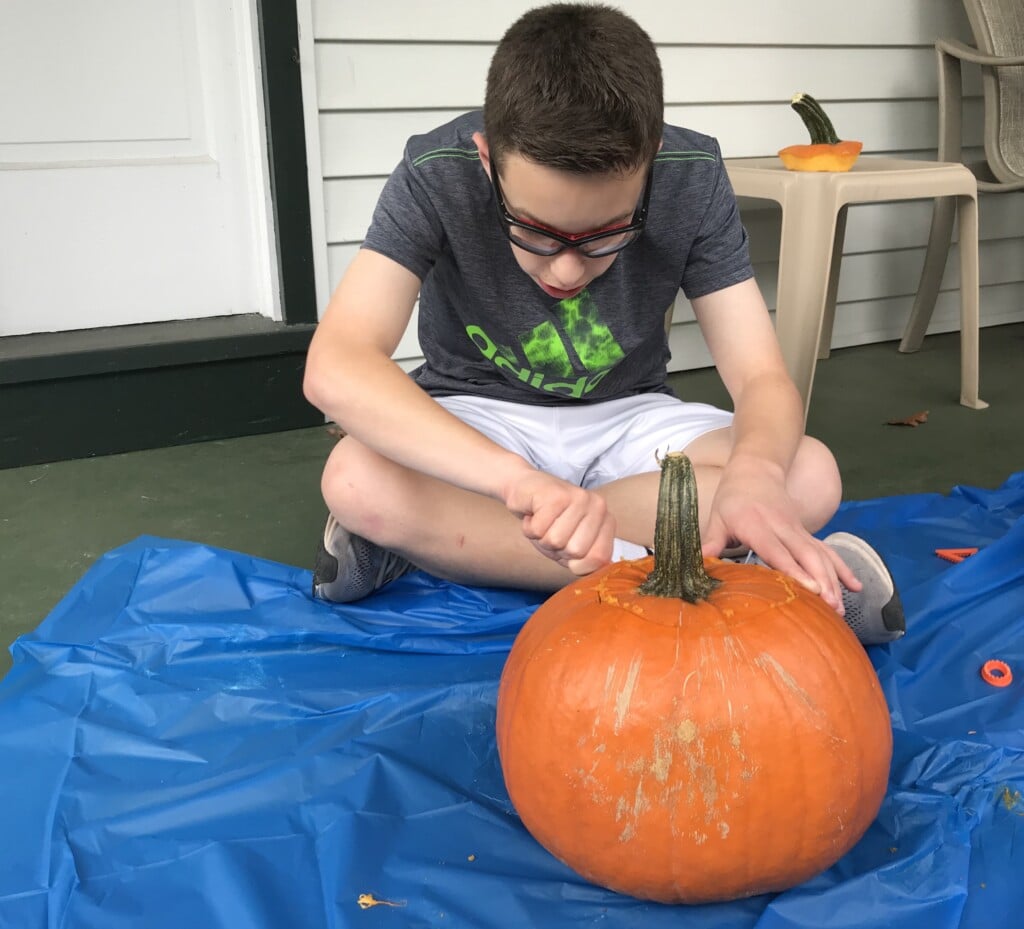 Ryan went with smaller features, which always makes things a bit trickier. But he persevered like a true pumpkin carving champ. 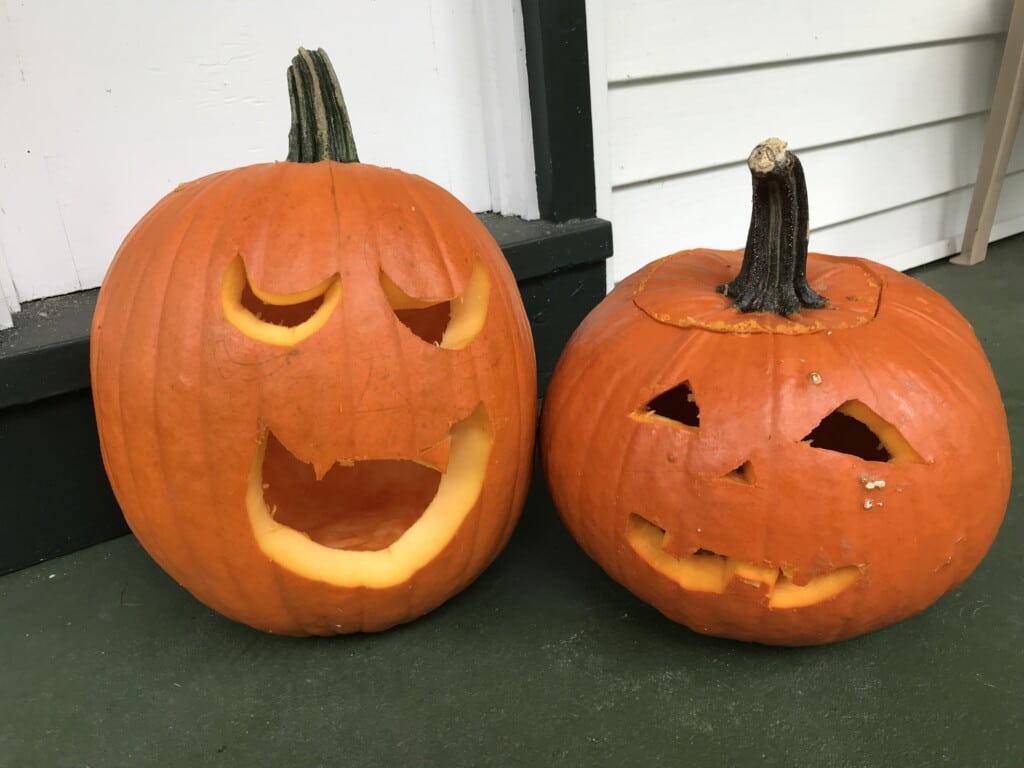 In the end, I think we ended up with a perfect pair of Jack-o-Lanterns, ready to spook the neighborhood kids come Halloween. I love the fangs on Jason’s pumpkin (left), and the “pumpkin warts” on Ryan’s pumpkin.

I’m hoping we can keep this tradition going and grow our pumpkin family every year. Who knows, I may even try creating a Captain America pumpkin at some point. Whatever you guys end up doing, I hope you have a very Happy Halloween! 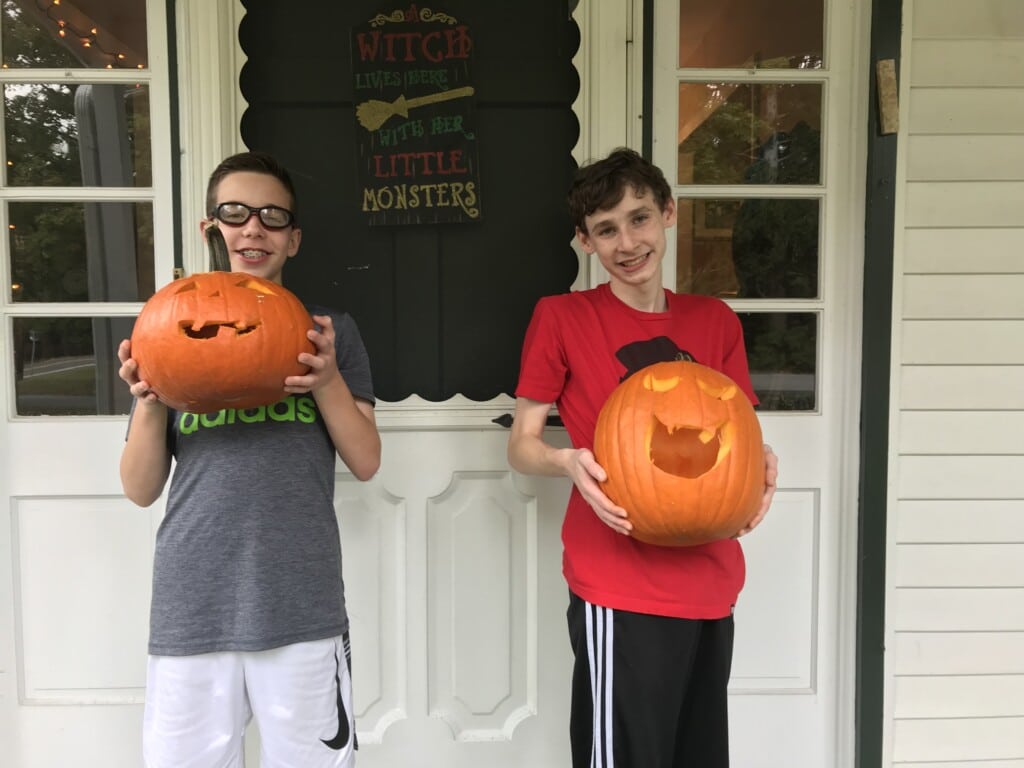 Do you carve pumpkins for Halloween?

1 thought on “Pumpkin Carving With Your Family Takes Guts”