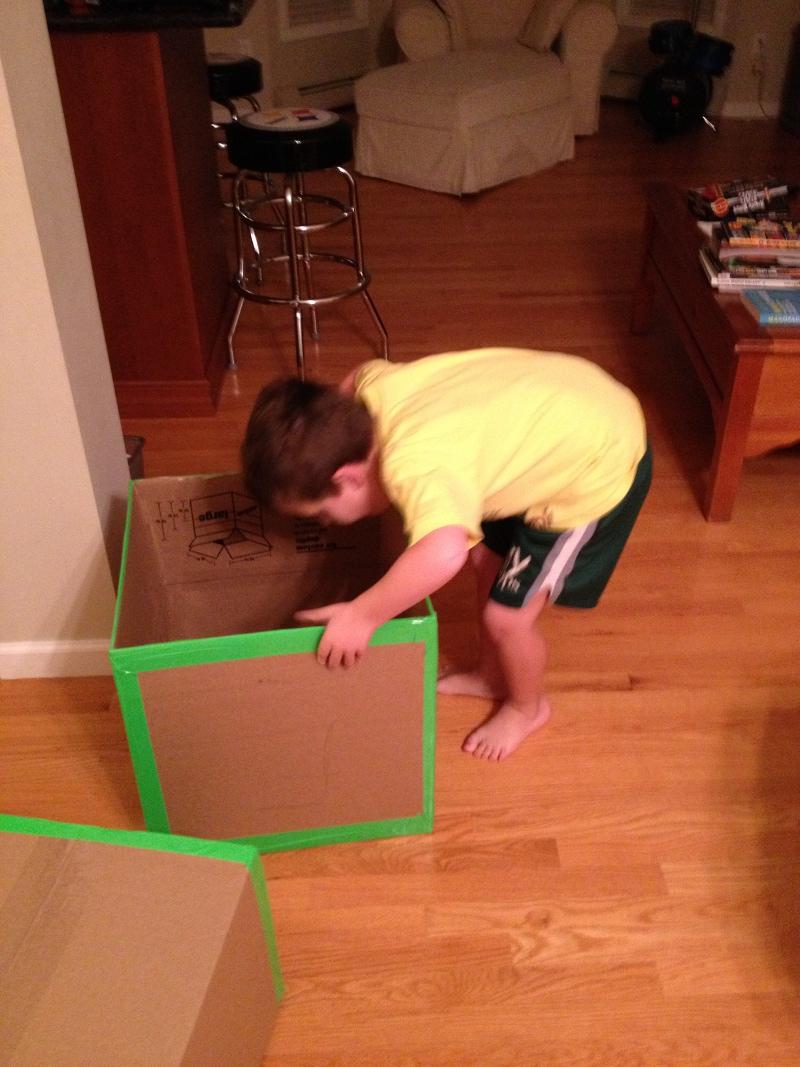 So Allie started making Jason’s Halloween costume. (That’s a topic for another blog post…) She needed a large box for his body and bought two different sized ones. While she was working on the more narrow of the boxes, Ryan made a discovery.

Like a cat who simply can’t resist an empty bag, Ryan was called to it. And after struggling with the box for a few minutes (not quite sure why he couldn’t figure it out), he finally managed to get inside. 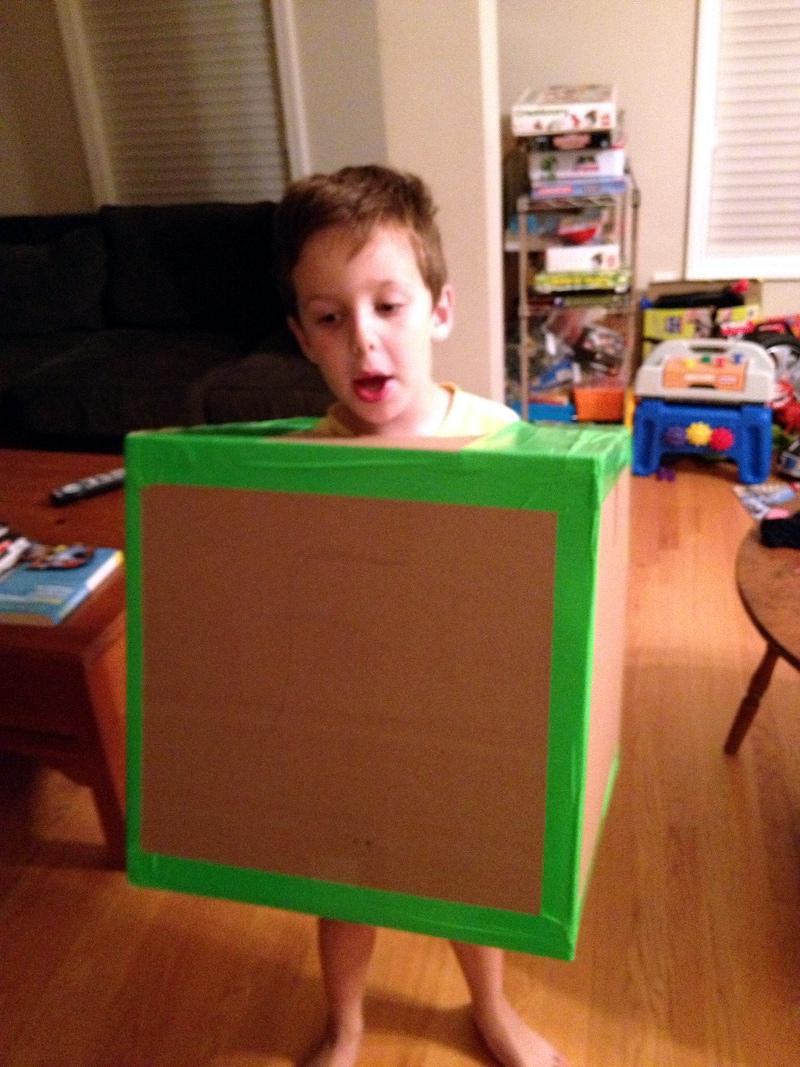 He then wanted me to turn on the video camera as he performed the one-man show called, “Ryan in a Box.” Enjoy.