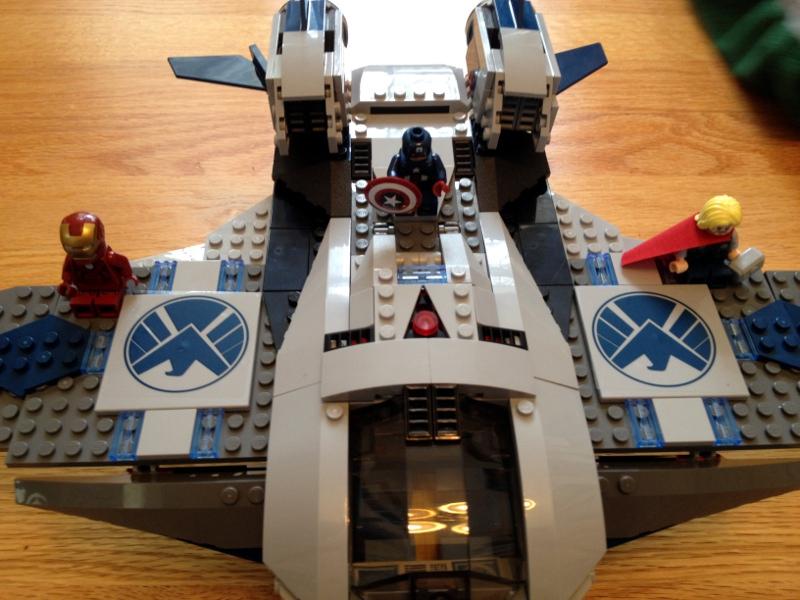 Back in June, I celebrated my 40th birthday and got one of the coolest gifts ever: a Lego Avengers Quinjet. I started putting it together with my boys but various parties and events kept distracting us from finishing it. Until this weekend!

Ryan really wanted to finish it, so we dove in on Saturday and started. Sunday morning, we opened the final bag and the beginning of the end began. Jason joined us too and we finally finished up one of the coolest Lego sets I’ve ever built.

The Avengers have always been my favorite superhero team. Better than the X-Men. Cooler than the Fantastic Four. Way more personality than the Justice League. So yeah, the Avengers movie and the related toys made this Marvel Zombie pretty darn happy. Especially the Avengers Legos!

I’ve gotta admit, the Quinjet is pretty amazing. It wasn’t too difficult to put together and it has a bunch of neat features. There are secret compartments, firing missiles, moving wings, etc. Plus it just looks damn cool!

I’ll let Ryan give you a more personal tour:

Hopefully the Quinjet will last awhile but knowing how my kids play, I’ll be impressed if it makes it through the night.

Now bring on more Avengers sets like an Avengers Mansion! And they better have more characters with the next movie, including a Lego Thanos!

Do you have any favorite Lego sets?