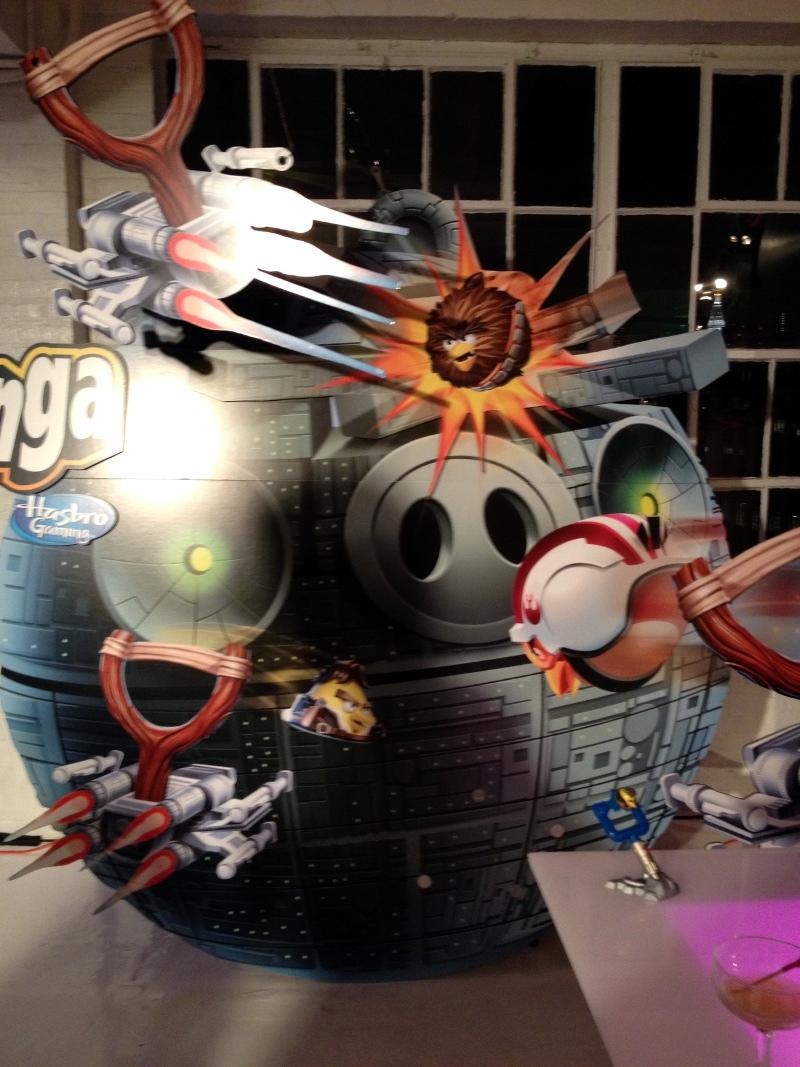 This weekend was New York Comic Con. I’ve gone the last few years but just didn’t bother getting tickets this year. It’s a fun show but insanely packed and my kids end up just playing video games at the Nintendo booth for most of the time.

It’s been a crazy few months too so the timing just wasn’t right. I’ll probably bring the family next year if I can remember to snag tickets early enough. I’d really love to take them all to San Diego Comic Con one of these years. But that’s 10 times more ludicrous than this one.

Anyways, I did hit one of the pre-NYCC parties last week courtesy of Hasbro. I’ve done a number of giveaways already with Hasbro and have some great contacts over at their PR company Hunter. So they made sure I got an invite to their party.

It was held at Studio 450 in Manhattan and except for the nauseating traffic I hit on the way in (that’s the last time I ever take the Lincoln Tunnel), I had an amazing time.

The food was fantastic, the new toy lines they previewed looked amazing, and it was great seeing a bunch of old friends, many of whom now work in the comics industry. It was also great meeting and catching up with a number of PR folks that I communicate with on a regular basis. (Hey, Kristen and Brittney!)

I followed official party rules and after saying hi to my good buddy Justin, walked straight to the open bar. For the party, Hunter actually hired a real-life mixologist to create a quartet of Marvel superhero themed drinks.

How could I not start with a Captain America themed cocktail? It was pretty tasty except for the Allspice flavor. I’m just not a fan. But it was quite patriotically decorative don’t you think?

I wrote about these Star Wars Angry Birds toys the other day and actually got to play with them first hand. Yep, they were as much fun as I expected.

While I’m not a huge Kre-o fan (I rank them better than Mega Blocks, but still a few rungs below Legos), the two new lines Hasbro had look great. First up, is GI Joe! Check out this line of Real American Heroes!

Next year, Star Trek finally gets the construction toy treatment!

Free food, free booze, and a preview of some really killer-looking toys. How could anyone not have a great time?