In this game, you play as an inkling, which has 2 forms, a human form and a squid form.  In the human form, you can use your weapon of choice and spray ink.  In squid form, you can swim through your color ink faster than you human form but you can’t attack. 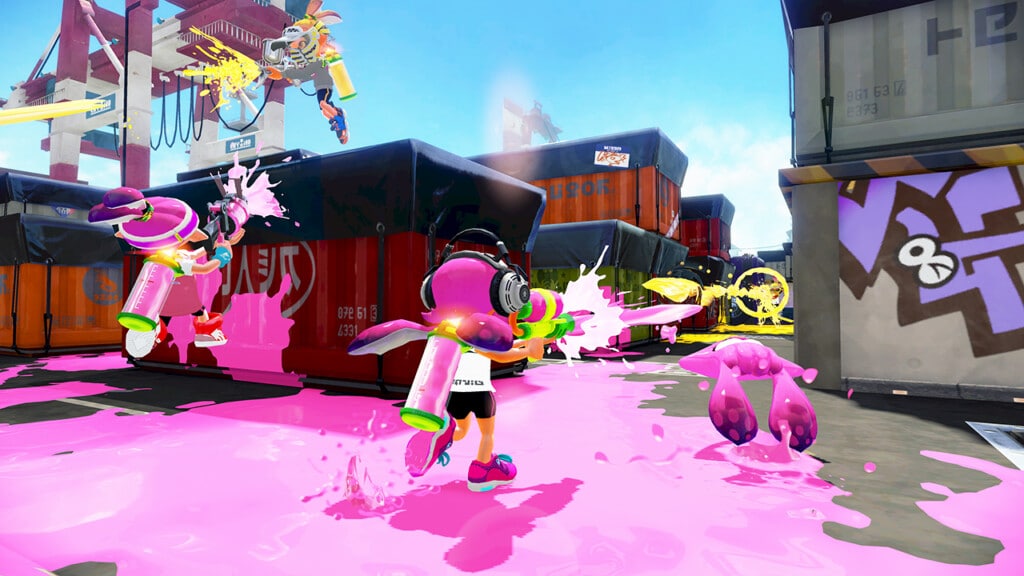 There are 3 types of weapons, the shooter, the charger, and the roller.  The shooter is your basic type of gun, the charger is sniper and the roller is the most interesting of the 3.  Rollers have a short range attack which shoots ink in front of you and if you hold down the shoot button you can roll the roller on the ground.  There are 3 types of gear, headgear, clothing and shoes.  They each have 2-4 special abilities.

In Turf Wars, you and 3 other players try to cover as much of the ground in ink and  cover more ground than the opposing team.  This mode is easy to pick up and play.  When you start the game this is the only online mode you can play. 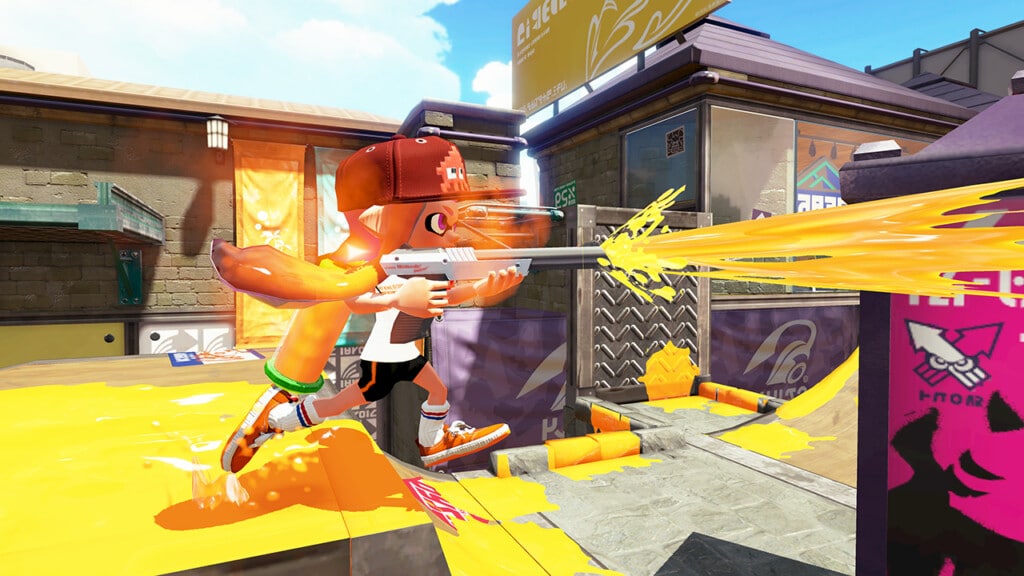 Once you reach rank 10 you can play Ranked Battles.  I haven’t reached that level yet, so I have no experience playing it.  At this time, there is only 2 modes available in Ranked Battles, which are: Splat Zones and Tower Control. In Splat Zones, there is 1 or 2 areas that you have to capture by covering them in ink.  Once you have captured at least 1 of the zones your timer starts counting down from 100.  Whoever’s timer reaches zero first, wins. In Tower Control, there is a small tower on the middle of the map which when you cover it in ink it starts moving towards the enemy’s side and which team gets it into their goal first wins.

Octo Valley is Splatoon’s single-player mode.  This mode has you traveling around Octo Valley in search of the Great Zapfish which was stolen by the octarians.  In this mode you travel across 27 different levels and 5 bosses.  Each level has a hidden sunken scroll you have to find.

Free updates are coming to this game very often which keep the game fresh with new stuff coming all the way through August.  Splatoon is a great game that will never get old.  I can’t wait to play Ranked Battles and unlock all the gear and weapons. 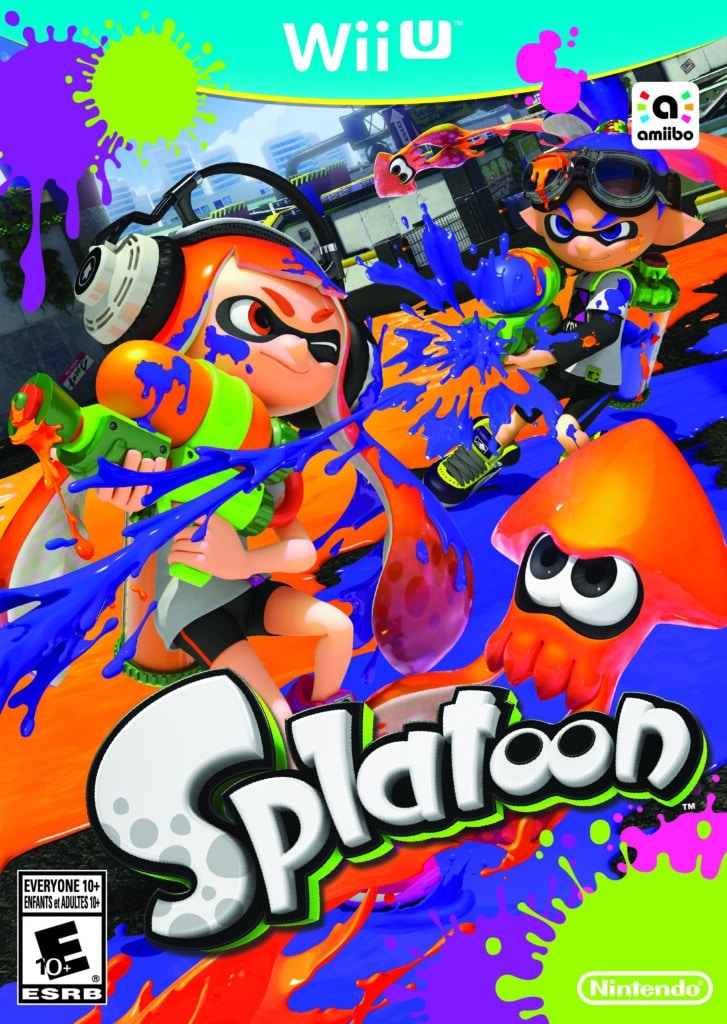 9 thoughts on “Splatoon is Amaz-ink!”