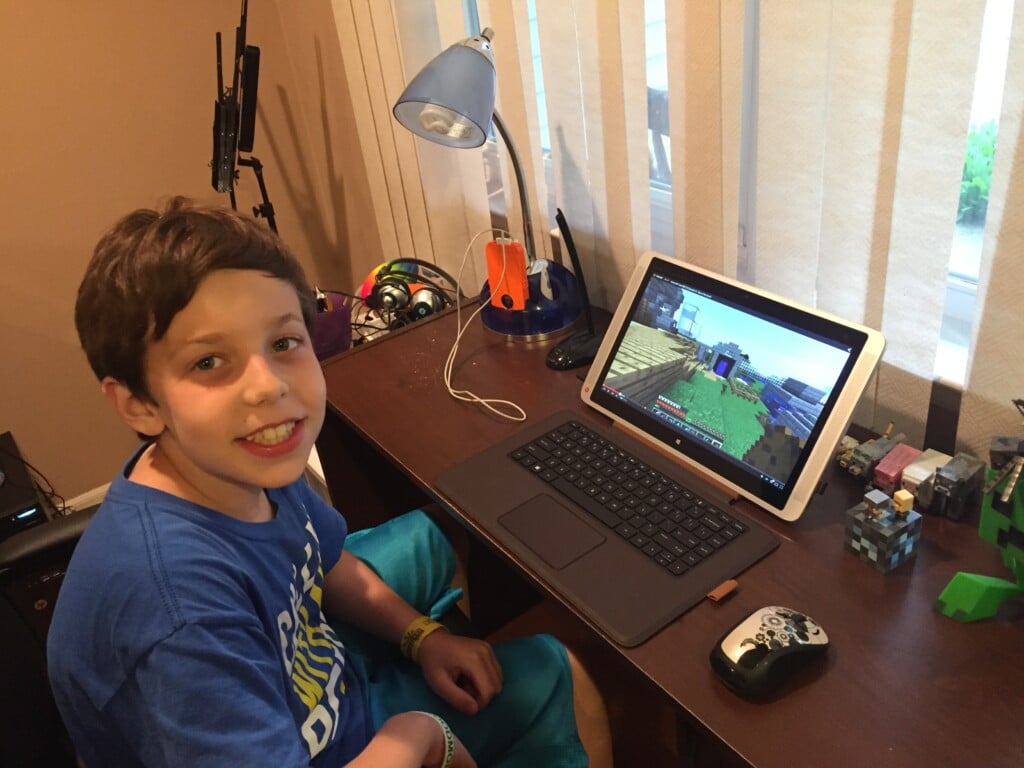 For years, Ryan’s been a big fan of making his own videos. It started with some real simple goofiness recorded on our cell phones. That slowly expanded over time, however, and he’s now the mad genius behind the YouTube Channel VideoWaxy87.

Yeah, my 10-year-old son can now record and edit videos way better than I ever could. Heck, he’s got more than 175 videos on his channel right now and has no signs of slowing down.

For various holidays and birthdays, Ryan’s added all sorts of video tools to his filmmaker’s toolbox from digital video cameras to tripods to video editing software.

Even a simple video crop and some funky transition screens would take me a good hour or two to figure out, yet Ryan can whip those up in mere minutes. In fact, he’s pretty much edited all the videos I’ve posted on Mommy’s Busy, Go Ask Daddy for the past year or so.

And now that he’s got the Intel HP Envy X2 (read our review here!), he pretty much has all the tools he needs to become the next Spielberg. 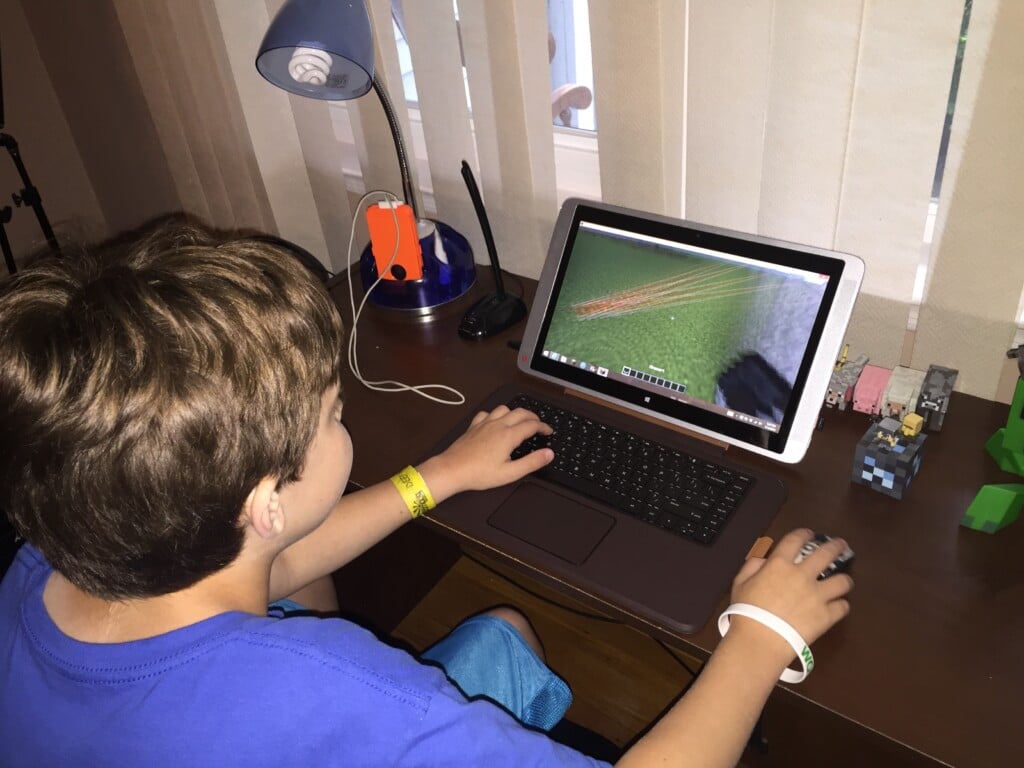 Using video edit tools like EZ Vid and Screencast-o-matic, Ryan can use his HP Envy to play Minecraft or any other app or game he wants and record video the entire time. He loves calling up a friend and playing Minecraft online with them, while making a video of their game. Like this one for example:

He can also easily carry his “movie studio” with him from room to room throughout the house. Like, say in the living room… 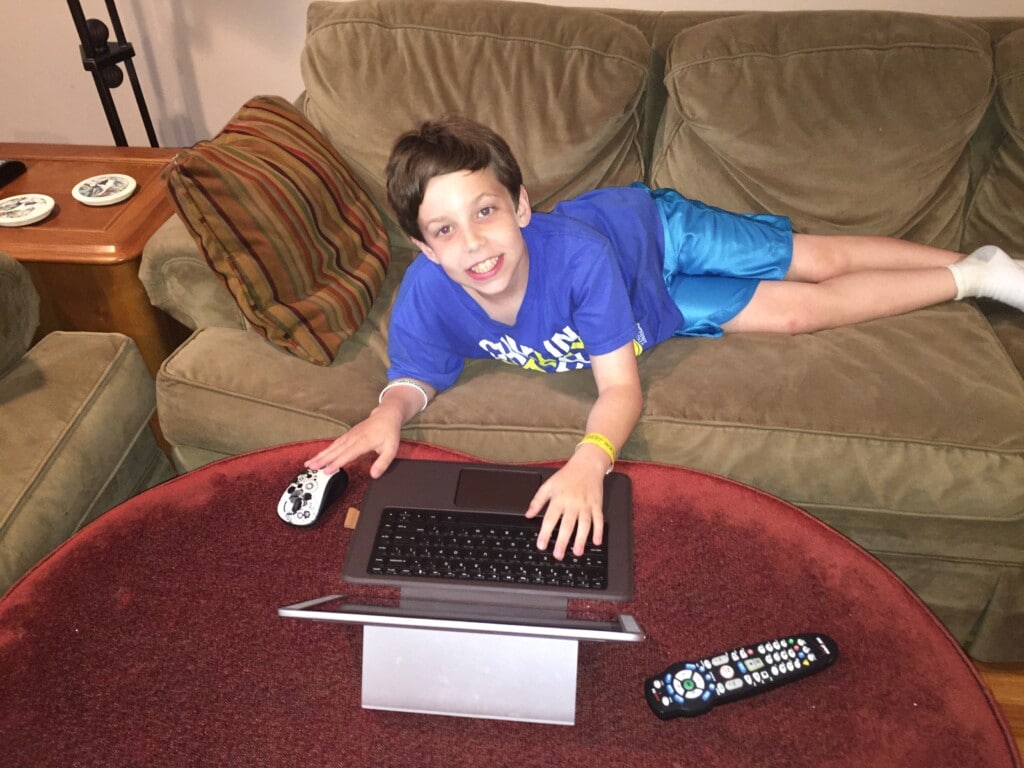 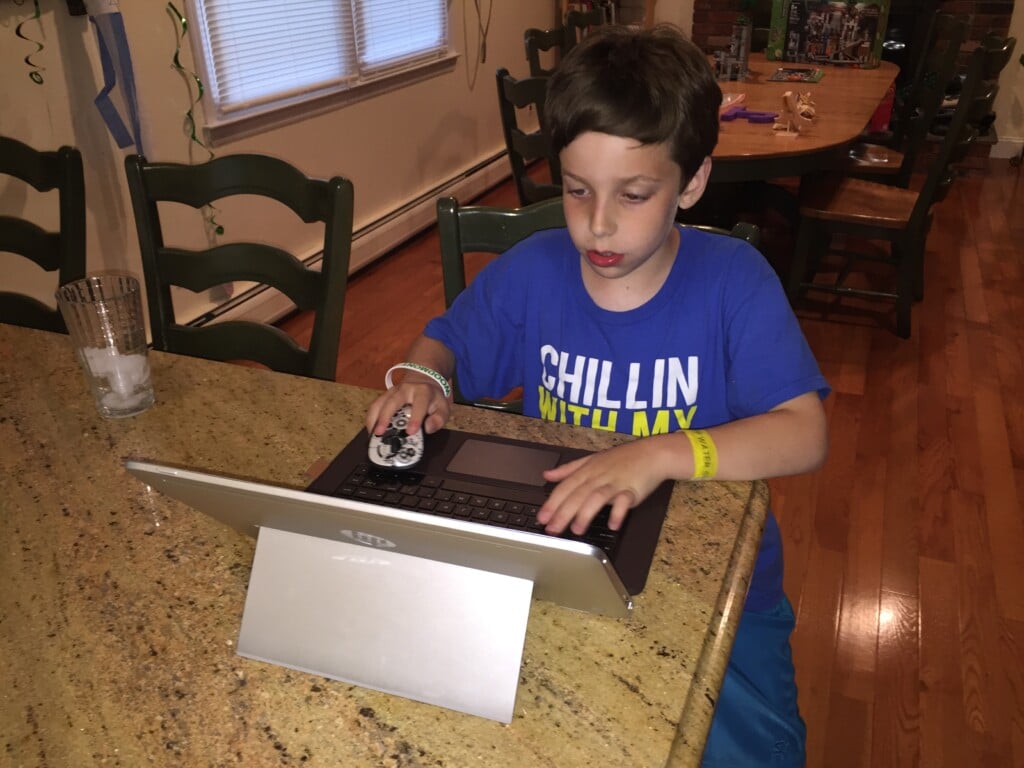 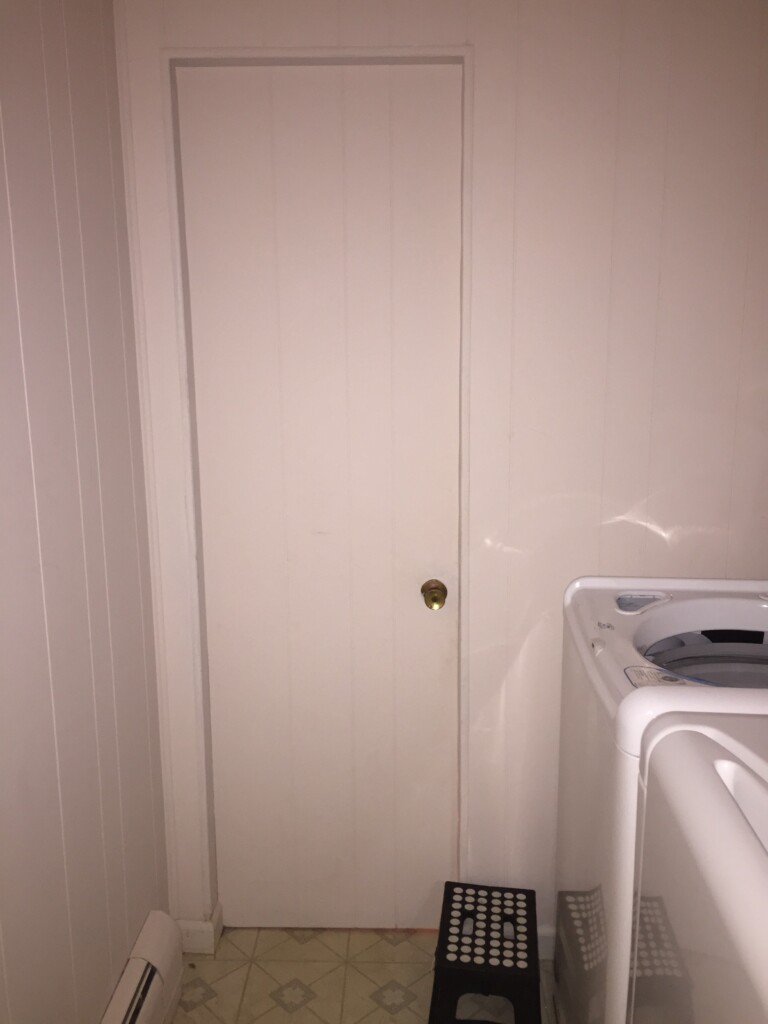 Okay, well maybe not the bathroom. But he can even toss his computer in his laptop bag and bring it with him to a friend’s house. Let’s see Spielberg do that! 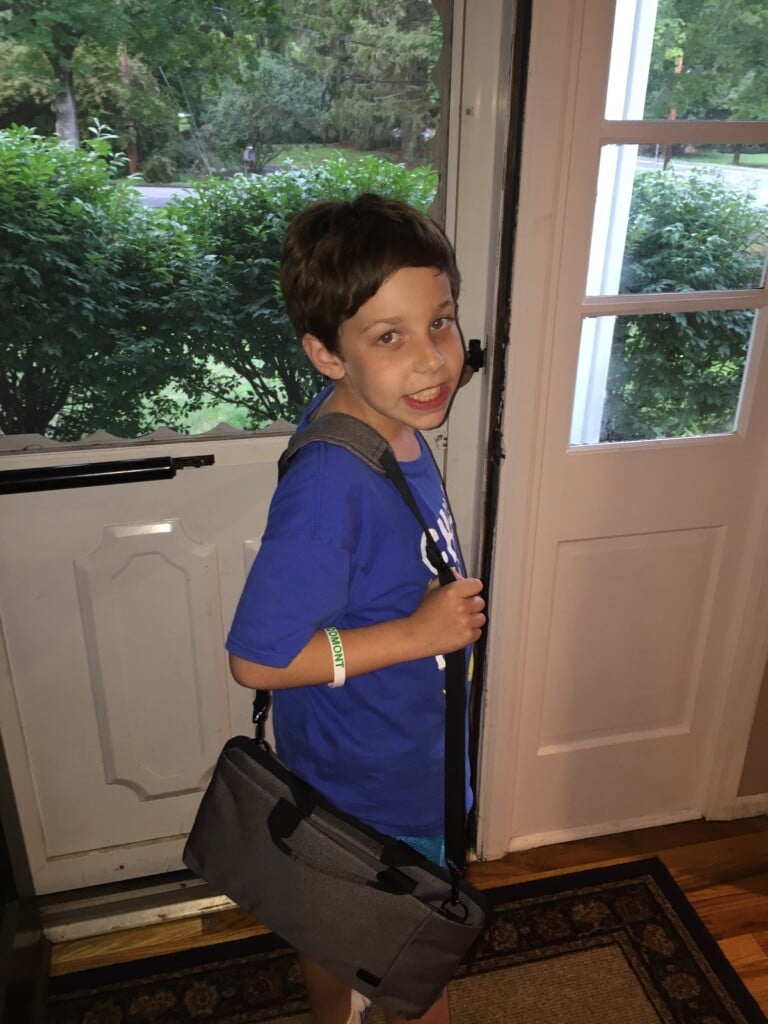 The best, though, is that Ryan can pop the screen off from the keyboard and use the HP Envy as a tablet. Talk about your super portable movie cameras! It’s big enough to get the full shot in, but light enough that he has no problem carrying it around with him. Or he can just relax in a big comfy chair as he previews his work. 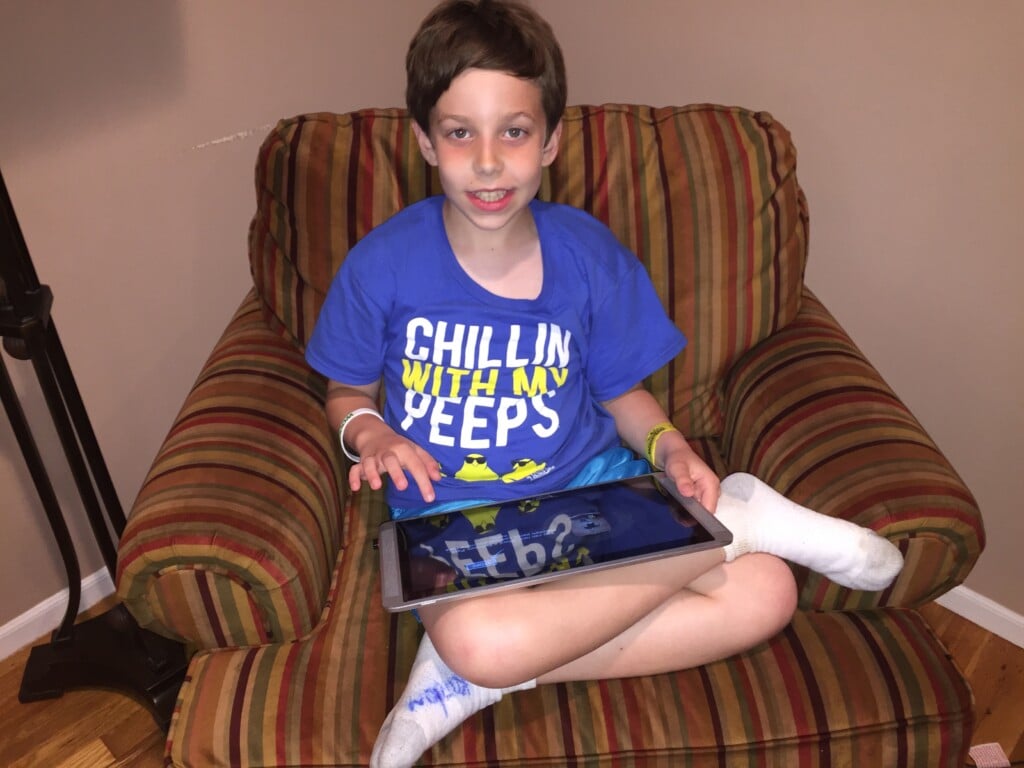 And while I’m at it, let me just show off the “suprise” he made for me in his latest Minecraft world this past weekend… 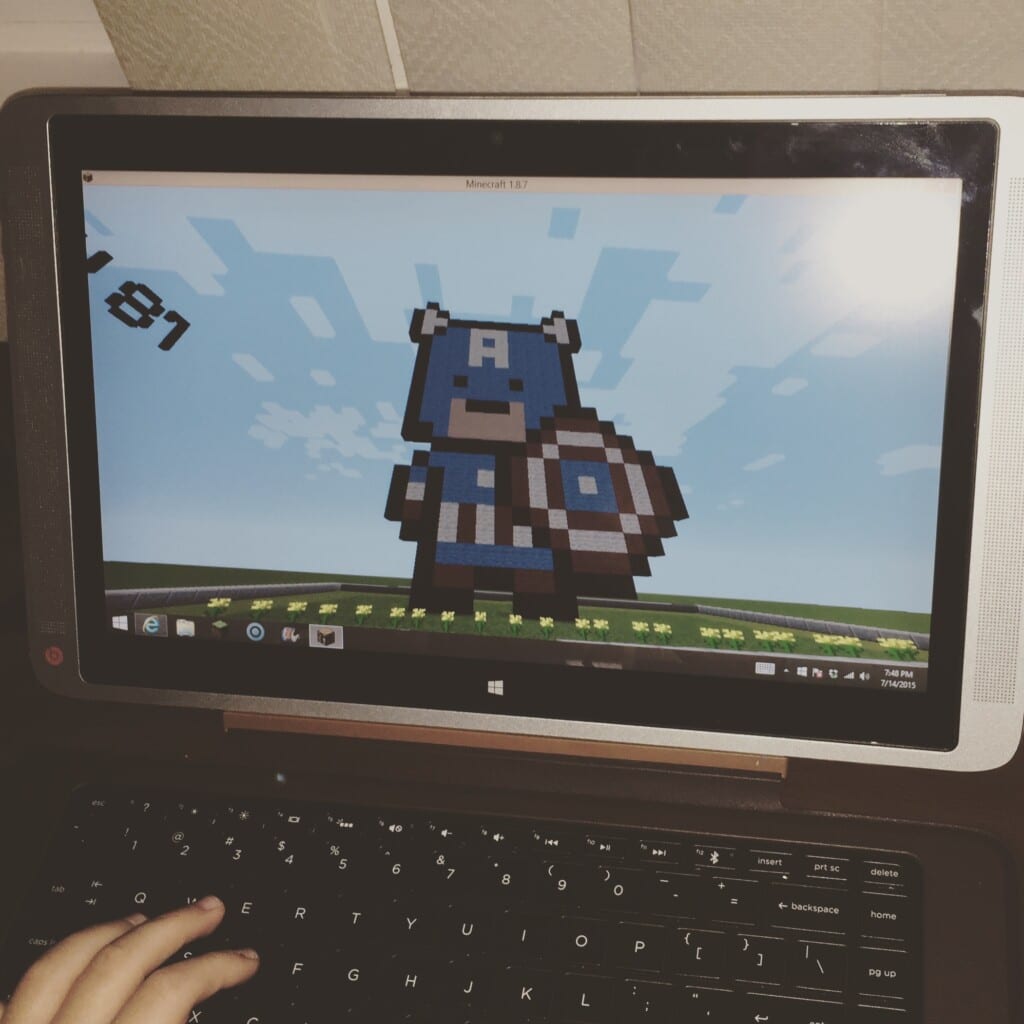 I love seeing what Ryan and his brother come up with next, whether it’s a crazy unicorn music video or a 10 Ways to Kill Stuffed Animals mockumentary. Whatever the case, I’m pretty sure he’ll be starring in his own “True Life Story” video down the road after he’s won an Oscar or two.

What do you use your computer for?

#spon: I’m required to disclose a relationship between our site and Intel This could include Intel providing us w/content, product, access or other forms of payment.

2 thoughts on “Making Minecraft Videos with the Perfect Movie Studio”