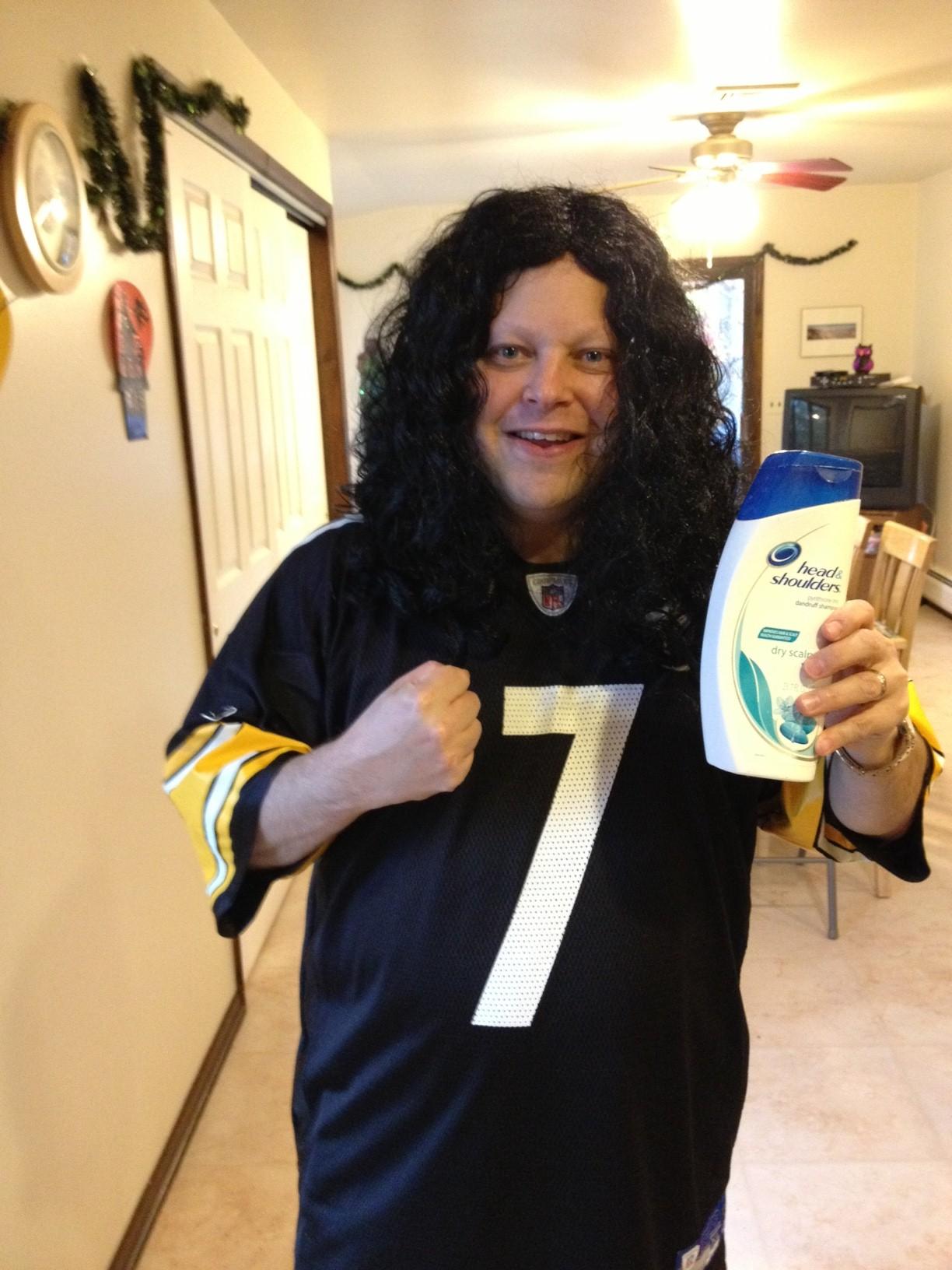 This past weekend before Hurricane Sandy wreaked havoc on the East Coast, we attended a Halloween Party at one of our friends’ house. (Thanks for an awesome time, Tracy and Doug!) Most people were in costumes and while the kids entertained themselves with Halloween Twister, us adults hung out stuffing our faces with amazing food (Tracy makes a killer guacamole!) and watching football.

My buddy Eric had asked me for help with his costume. He apparently had some “creepy old guy” costume with a trench coat and glasses and crazy hair. But when he put the wig on, he couldn’t stop laughing because he just kept thinking he looked like the Pittsburgh Steelers’ high-flying Troy Polamalu.

Knowing I’m a huge Steelers fan, he asked if I had a Polamalu jersey he could borrow. Sadly I didn’t. I have a couple of jerseys but no Polamalu. He said bring whatever I had, so I grabbed my Ben Roethlisberger jersey for him. His costume was pretty hilarious, particularly with the addition of a Head & Shoulders bottle.

The best part of all this, though? Eric’s from Cleveland, and as such, is a die-hard Browns fan. Now the Browns and Steelers used to have a huge rivalry going. But the Browns left town for Baltimore to become the Ravens and years later a new Browns popped back on the scene. But… well… they pretty much stink and there’s next to no rivalry going anymore.

Even still, the fact that a Browns fan is dressing up as a Steeler was the best Halloween Treat I could ask for!