UPDATE: This IS indeed a real sign! It’s also a real movement with a few different awesome individuals and companies joining forces. The poem is by Chaplain Bob Fox and the movement was kicked off by the mighty Joel McKinnon of McKinnon Insurance.

I saw this posted on Facebook earlier today and it really touched me. Yes, I’m a guy, but I’m allowed to have a sensitive side. Plus, it’s baseball related. Find me one guy on the planet who hasn’t teared up just a little while watching Field of Dreams! 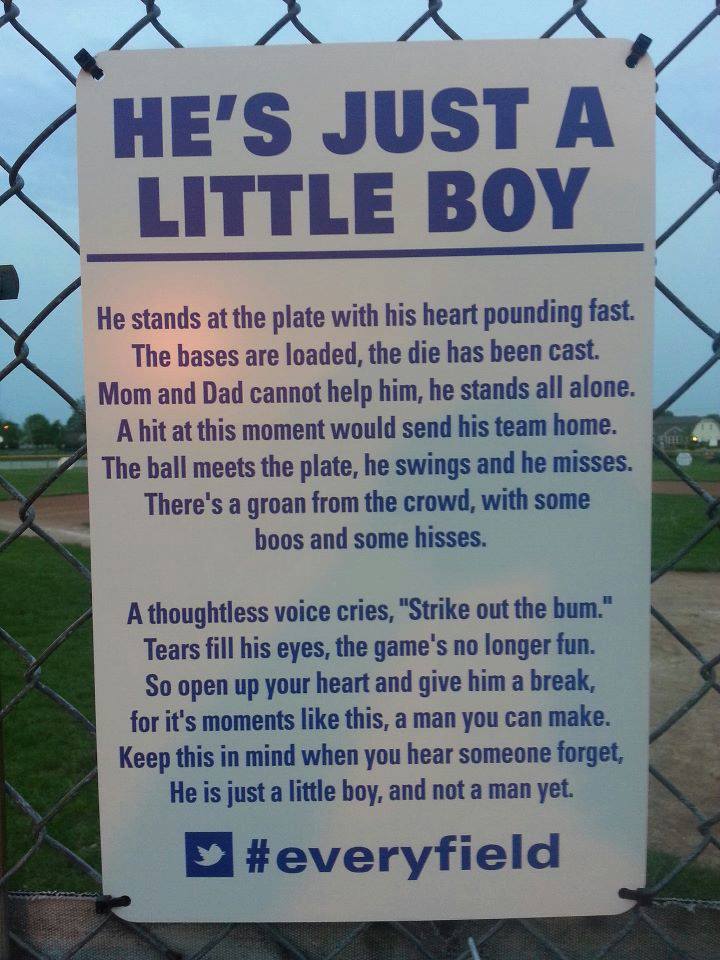 I have no idea if this is a real sign somewhere or a Photoshop. (My money’s on Photoshop.) But regardless, I believe 100% in what it says and think that the official Little League association should officially adopt this poem as its motto. Or rather, it’s mission statement.

I want to see this sign placed in a highly visible spot near all the bleachers at every single Little League ball field around the country.

I don’t know where the photo originated, so if you do know (or it’s your photo!), let me know in the comments below.

4 thoughts on “The Most Important Rule of Little League – #everyfield”