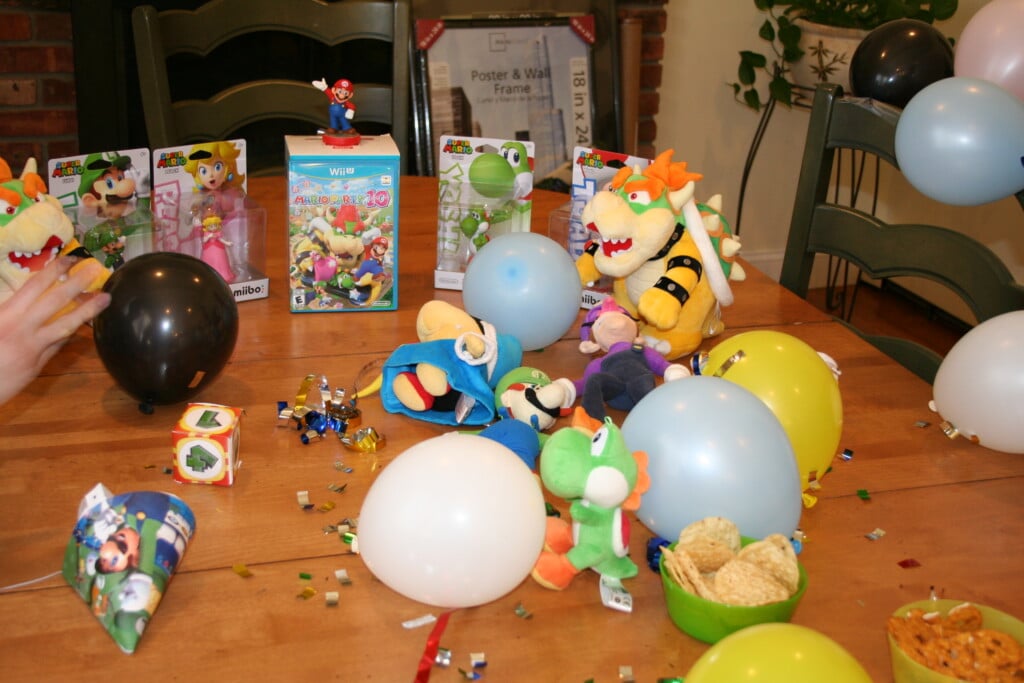 They also offered to pay for the pizzas (Thanks, guys!), and so a full-on Mario Pizza Party was underway!

Jason and Ryan were joined by their buds Ethan, Matthew and Harry, as they downed chips, pretzels and pizza, all in the name of partying on.

After snarfing down two whole pies, the boys were ready to get their game on!

Stomachs full, the boys raced into the basement to get started! Considering you can play as Bowser now (using Bowser mode!), all five kids could play at once. 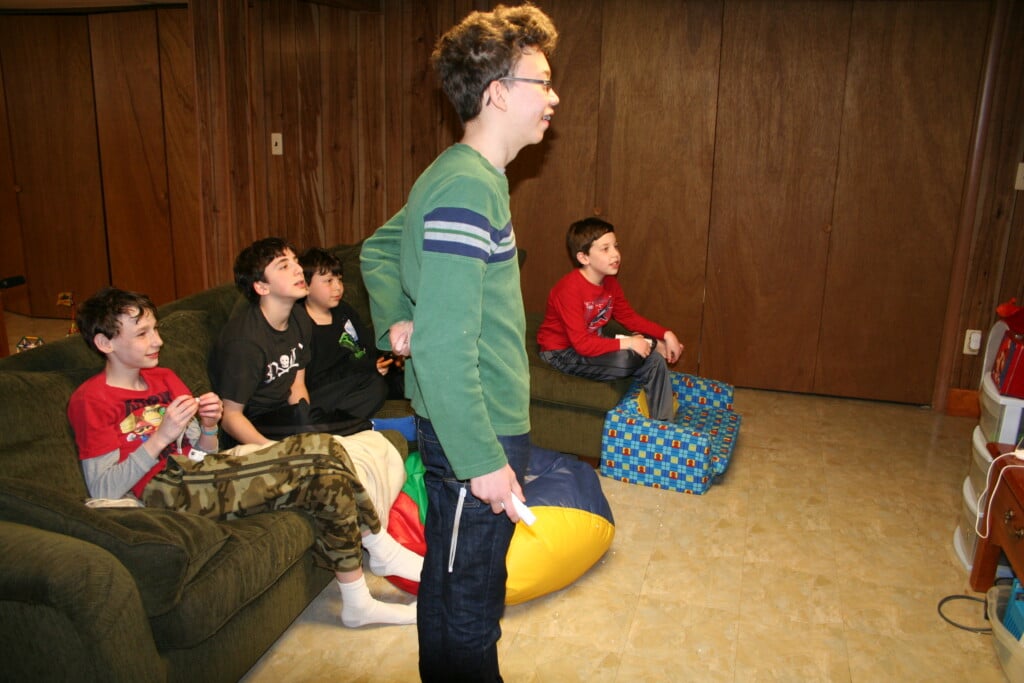 Can you guess who’s playing as Bowser? 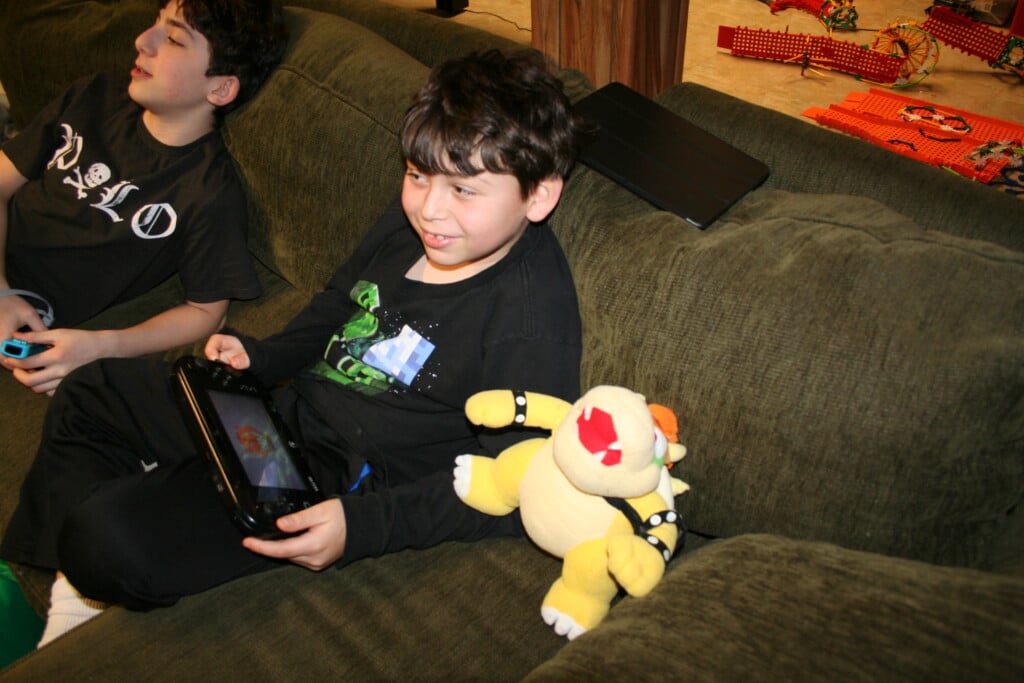 Uh oh! Here comes the big baddie himself to ruin the party fun! 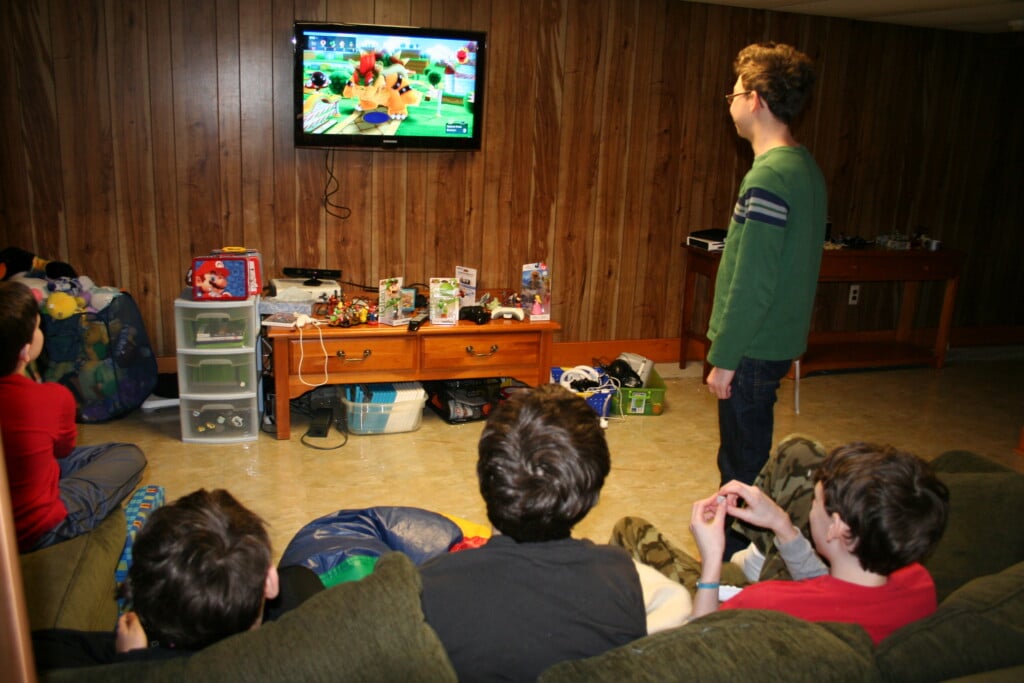 After fighting off the Koopa King himself, it was time to try out the Amiibo Party mode!

Ryan is apparently a “little” excited to try out the Yoshi Amiibo. 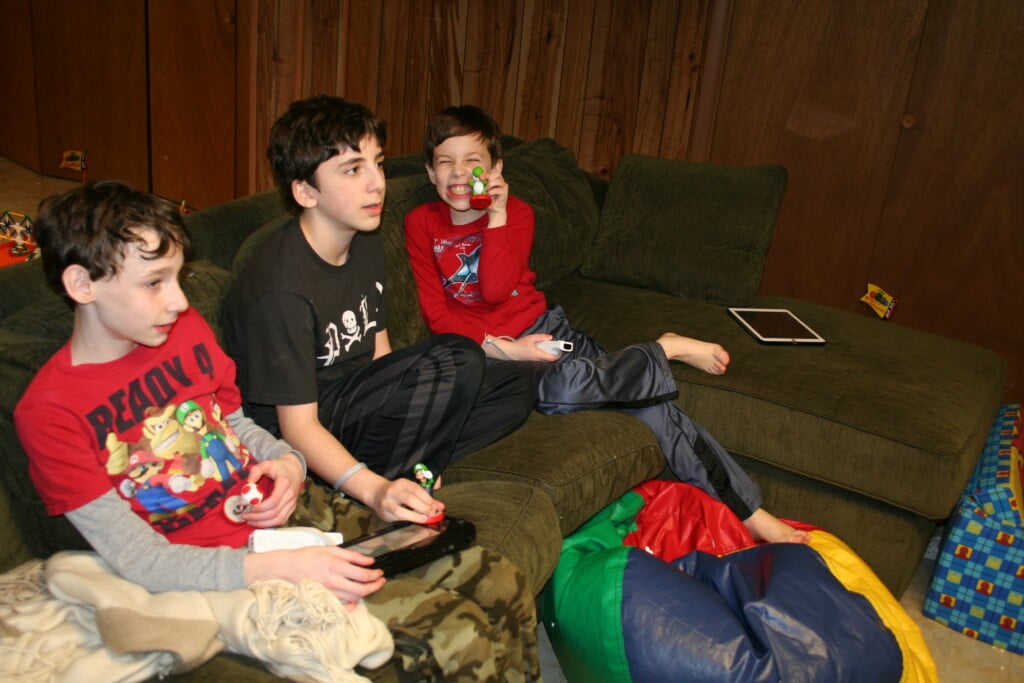 Every time it’s your turn in Amiibo Party Mode, you have to place your Amiibo figure on the game controller to roll the die. 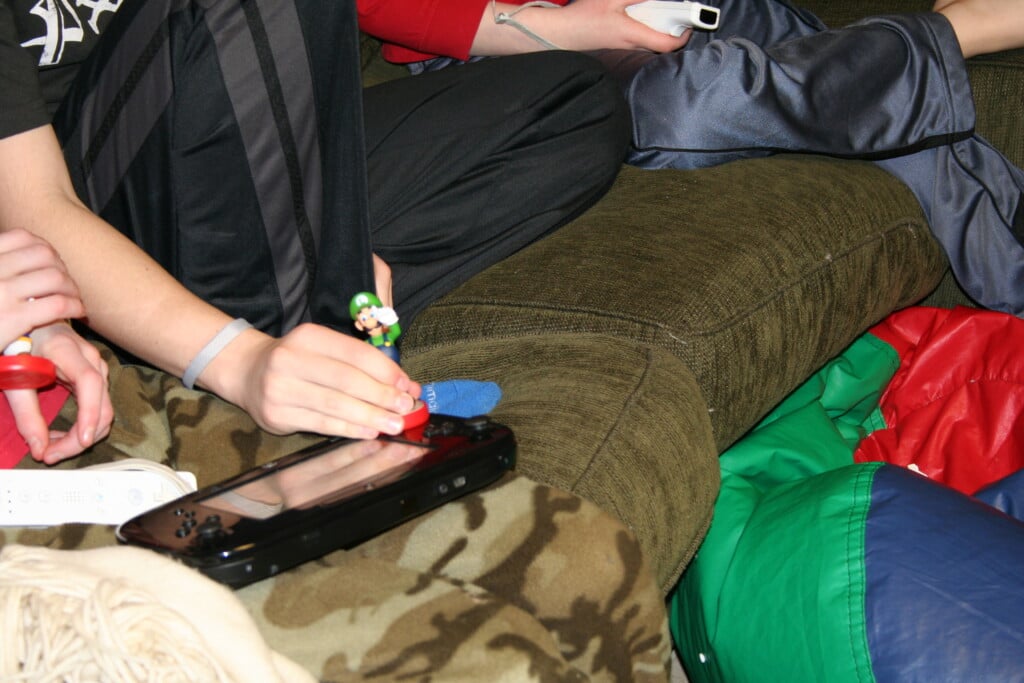 One guess who’s playing as Toad… 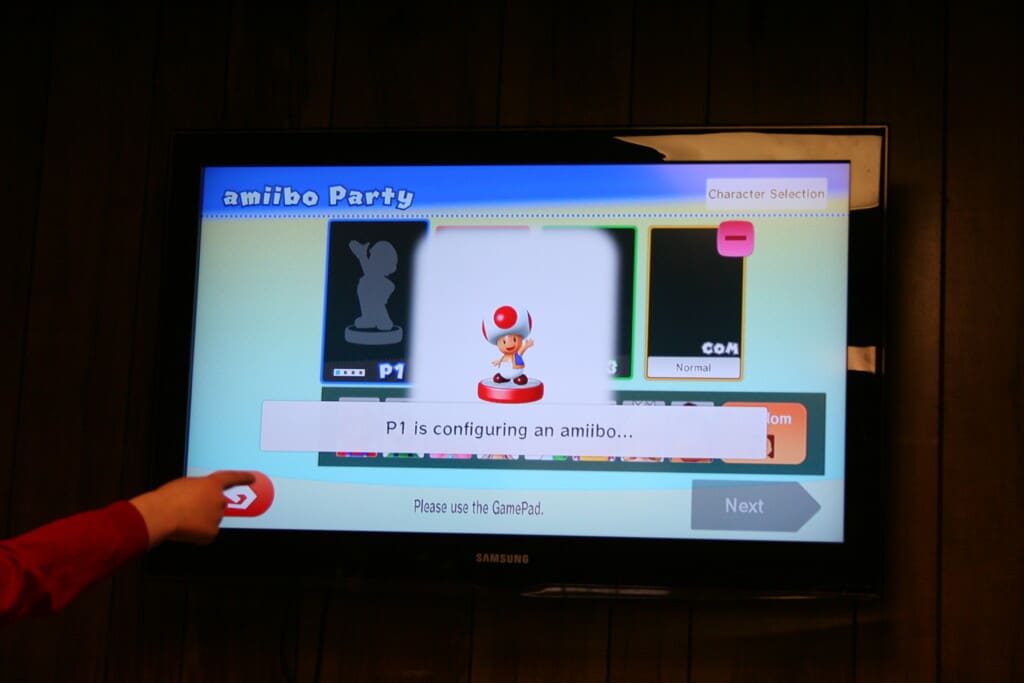 The Amiibo Figures you choose show up as characters in the game. 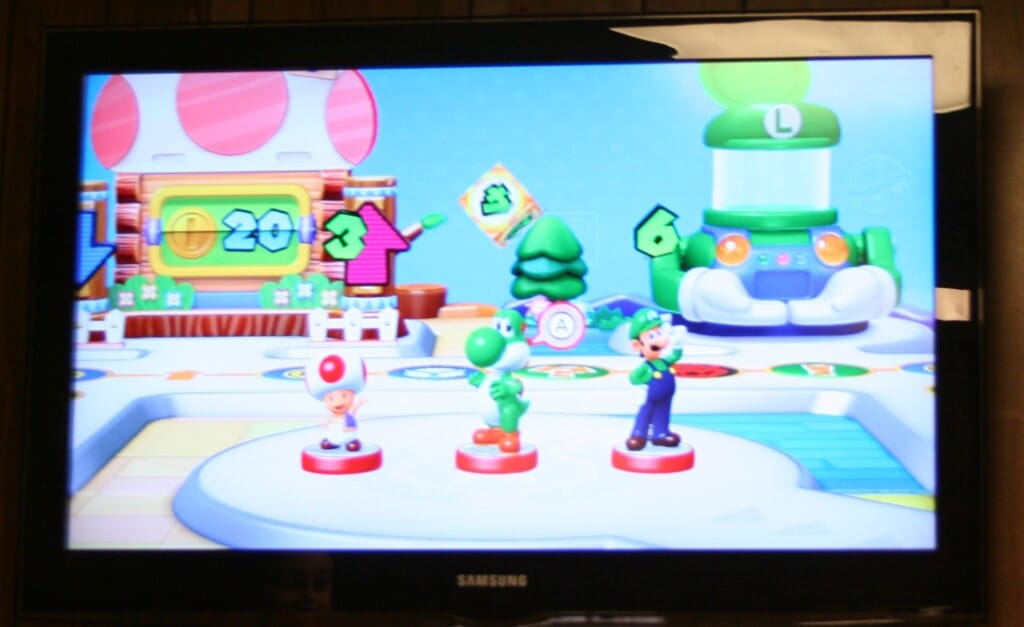 The kids had a great time playing and the mini-games look real fun too. I’m sure I’ll be joining the party soon enough!

Be on the lookout for Jason and Ryan’s review of Mario Party 10 coming soon to Mommy’s Busy, Go Ask Daddy! 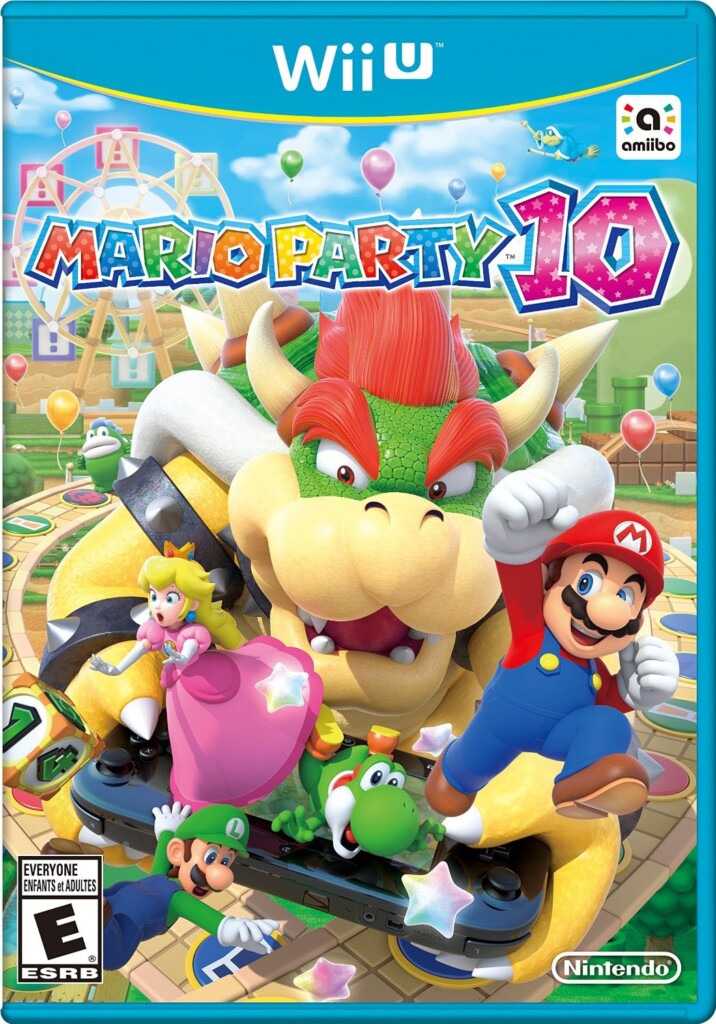 3 thoughts on “We Partied On With Mario, Luigi and the Whole Mario Party 10 Gang”