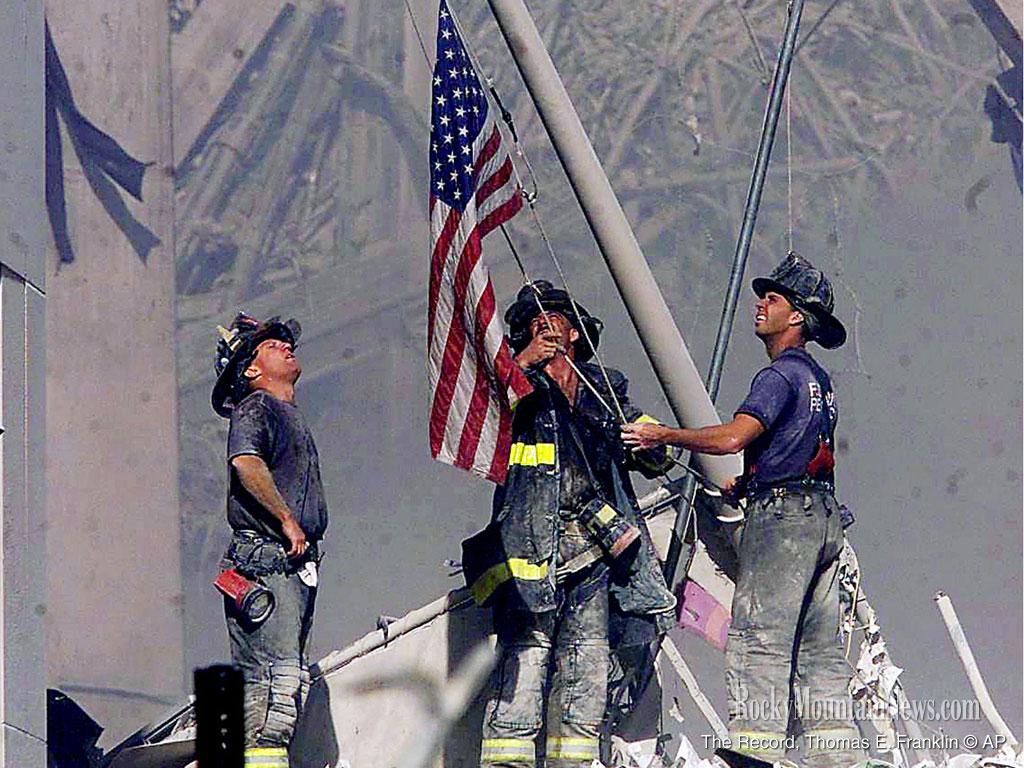 Hard to believe it’s been over 10 years now. That morning is still fresh in my mind as I was crossing the Tappan Zee Bridge as the first plane was on its way to destruction. Take a moment today to stop and think about the lives that were lost and the sacrifices that were made that day and the days, months, years to follow.

It’s easy to get caught up in the left vs. right bickering of our two-party political system, especially this close to election time… but what I remember most about the days right after 9/11 was that we truly were One United Nation. Everyone suddenly had more respect for one another. Everyone had much more tolerance. And understanding. Let’s bring back that feeling and honor those whose lives were lost on that fateful day, as well as all those who lost their lives defending our very freedom.

2 thoughts on “We Will Never Forget”