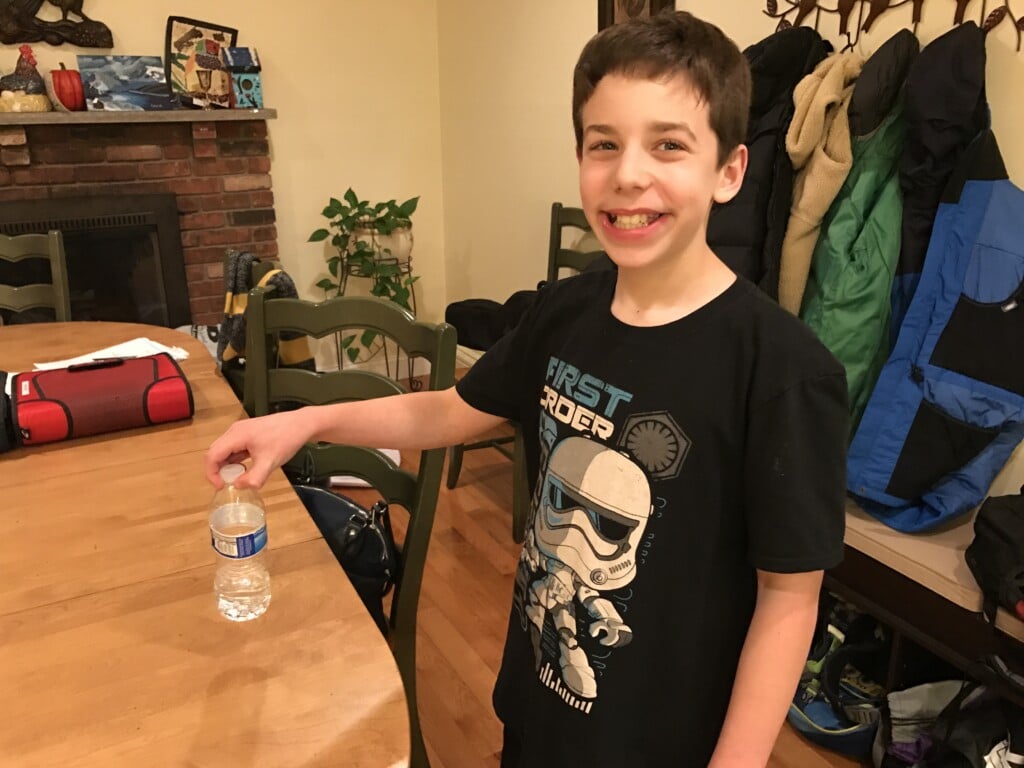 When I was a kid we had plenty of inventive ways to kill time at school or family functions. There was the old three-coins hockey game on the table or the paper football flick game. Not to mention those wacky paper fortune tellers, which always looked like Muppet faces to me.

Kids today, however, have no concept of any of those games. Uh uh. Instead, it’s all about water. Specifically, about water bottle flipping.

When my boys started doing it recently with their cousins, I thought it was just something goofy they invented and we’re having a little fun. Nope. Seems this water bottle flipping thing is now a national phenomenon.

The Origins of Water Bottle Flipping

How’d it start? According to Ryan, “Some kid did it at a talent show at school.”

So what exactly is this whole water bottle flipping thing? Well, exactly as it sounds, you take a water bottle (generally with only about 1/3 of the water left in it), flip it in the air and hope to have it land straight up. Alternate versions have you flipping the bottle to land on its cap (doable but crazy hard), or flipping it to land on the windowsill, the stairs, you get the picture.

How to Flip a Water Bottle:

For the full effect, I asked Ryan to do a visual demonstration for you all. Take a look:

It’s really made me wonder just when did water bottle flipping become a thing? I have no doubt that dinner tables across the country this Thanksgiving will be repeating that incessant THUMP THUMP that comes with a group of kids tossing water bottles on to a table.

Water Bottle Flipping: The Pros vs. The Cons

On the one hand, it’s fantastic that they’re entertaining each other without the use of electronics. They’re drinking water (not soda, not chocolate milk, not fruit punch), so that’s also amazing. And they’re sharing tips and working together to find success. Positive results all around!

On the other hand… after 30 seconds of hearing water bottle flipping, you’ll be turning into your old man, screaming for those “Damn kids to get off your lawn.” Only, replace “lawn” with “table,” and “kids” with “water bottles.” I’m not too worried, though. I figure this whole water bottle flipping fad will be gone by New Year’s anyways. Of course, what comes next could always be worse… 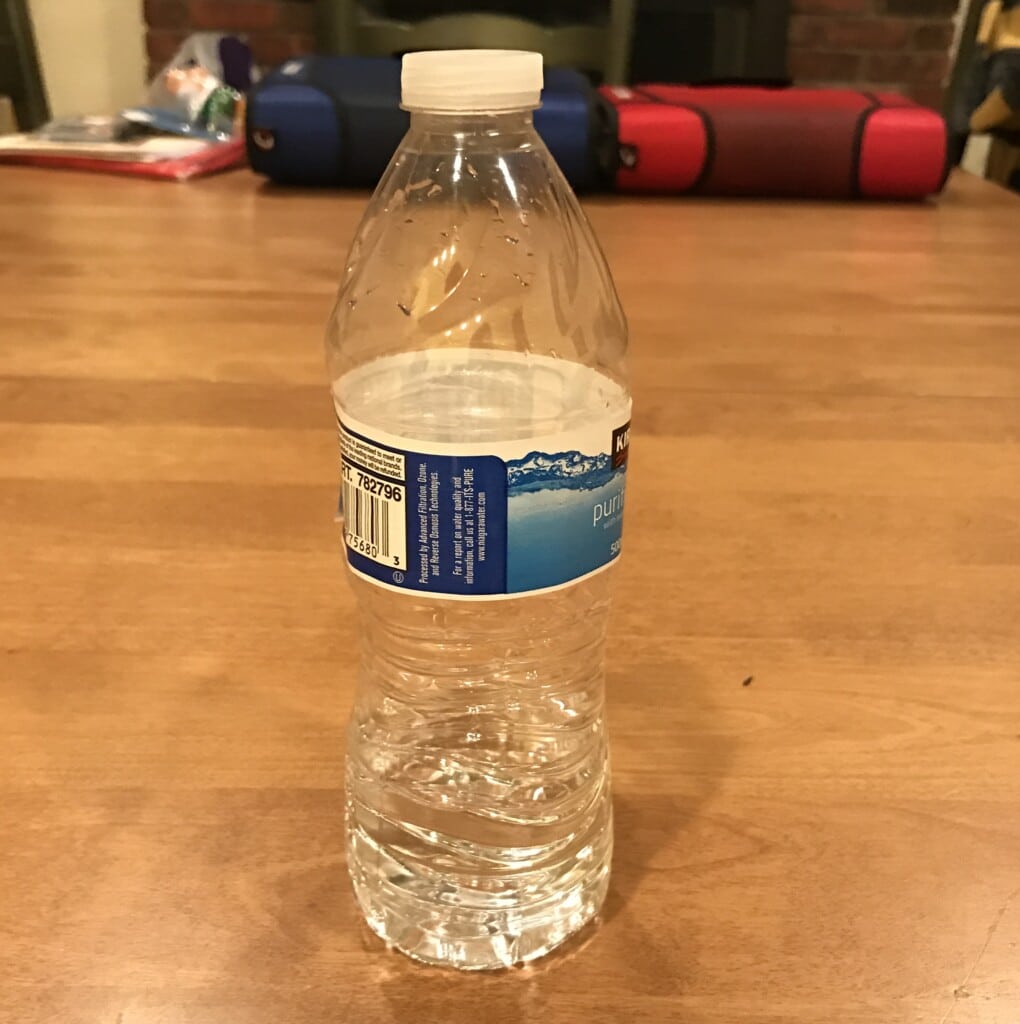 Do your kids flip water bottles?

7 thoughts on “When Did Water Bottle Flipping Become a Thing?”