Jason turns 11 (eep!) next month but thanks to crazy conflicts, we had his birthday party last weekend. This year, we took him and his friends to the movies, followed by a sleepover. Or, as you’d expect, a non-sleepover.

Clearly Marvel is a big fan of my son, since every year around his birthday, there’s always a huge release. Last year was Iron Man 3 and this year it’s Captain America: The Winter Soldier!

We started with dinner at the food court. We brought in pizza from Suffern’s Fieldhouse (soooo good) and of course, Allie made sure to bring the proper paper goods. 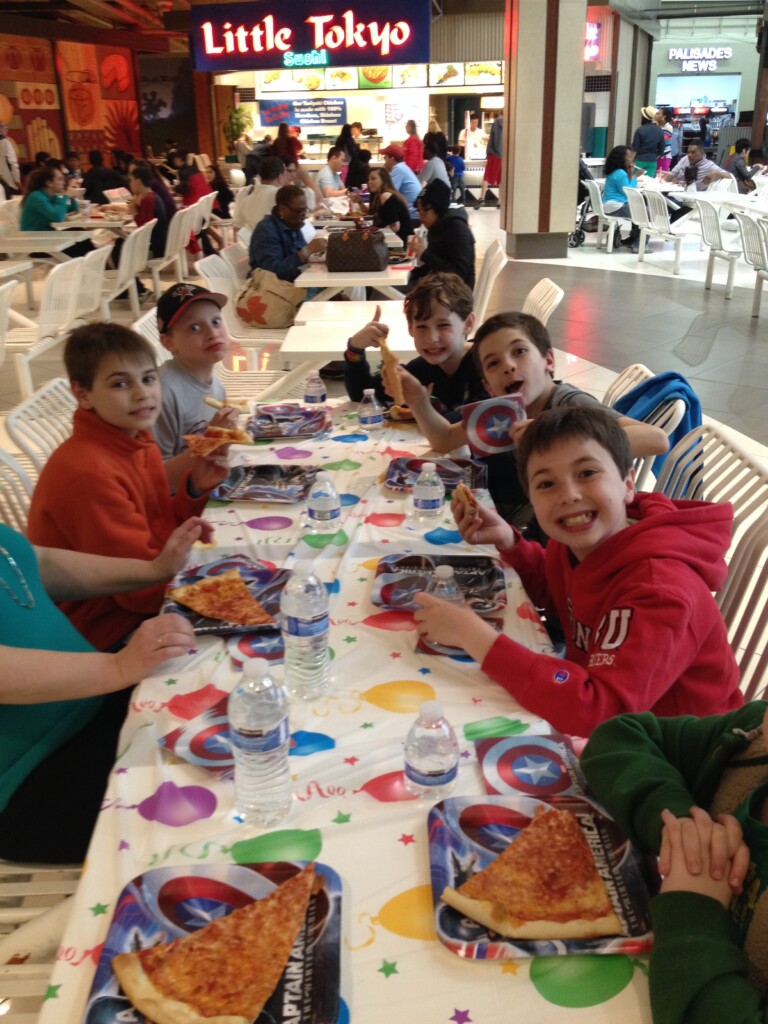 And since I managed to cut off Ryan’s head in the above pic, here’s a follow-up of the Birthday Boy’s little brother. 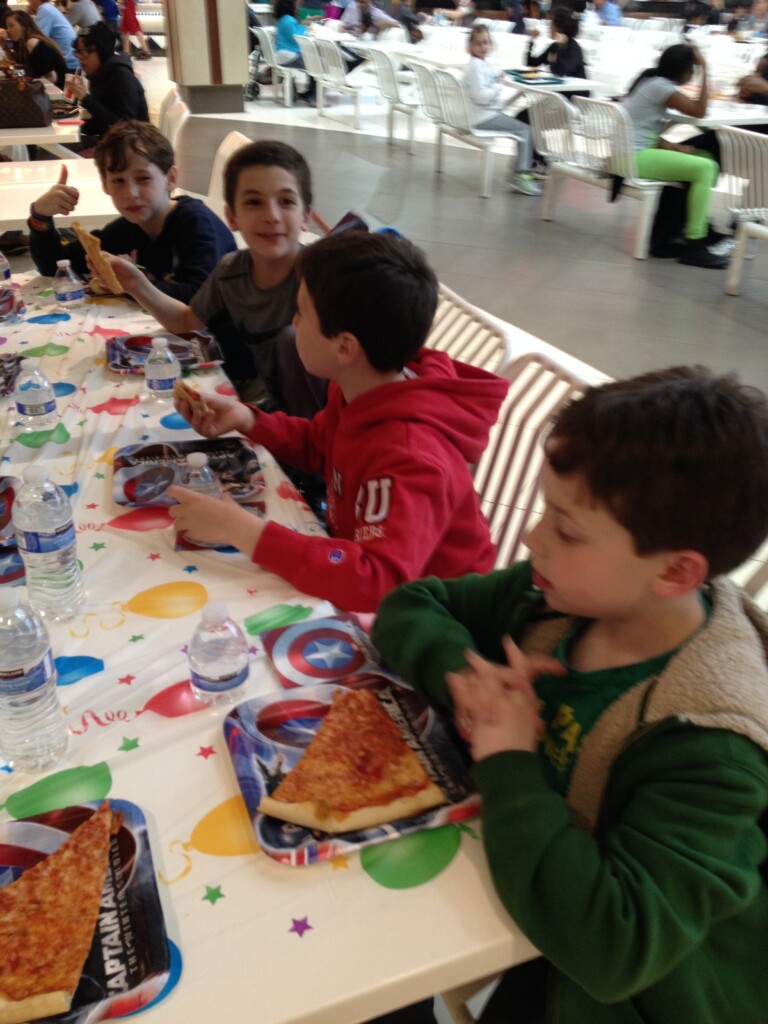 After eating, we raced up to the AMC Movie Theater for an 8 pm showing of Captain America: The Winter Soldier! We, of course, were a little early so while Allie waited on line, the kids wreaked havoc in the arcade area. 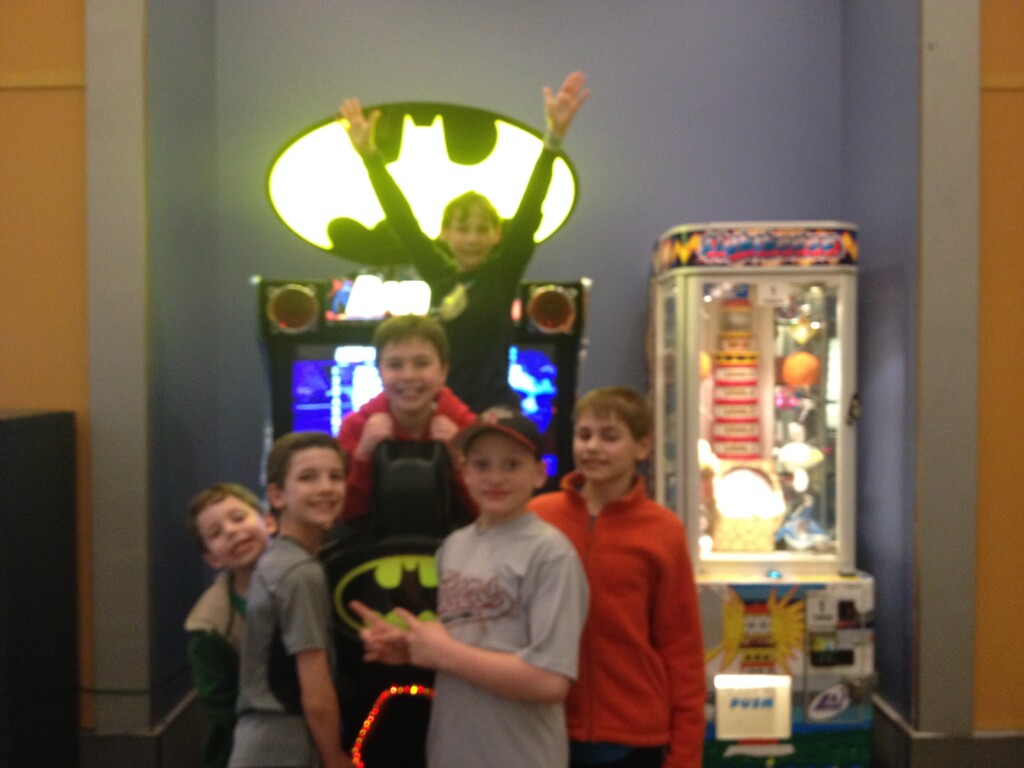 Finally, the movie started (after a zillion trailers, of course!) and the boys were riveted. I’m just glad I saw the movie already or I would’ve been too distracted “shushing” the kids to really follow properly. They all absolutely loved the film and couldn’t wait to re-enact their favorite scenes. Of course, we were on the fourth floor and had to take the elevator down, so all the kids started acing out the intense Elevator Scene!

The party continued at our house, as we got in around 10:45 p.m. or so. Perfect time for cake, right? Oy. Yep, we then plied this kids with a few hundred pounds of sugar just for fun.

This year, Allie continued to outdo herself. For Jason’s cake she made a playable and 100% edible Chess Birthday Cake!

We set the pieces in place before calling Jason and his friends in for cake.

With the board set, Jason and his buds came in with a variety of “ooohs” and “ahhhs” and “whoas!”

Jason immediately starting playing, as his friends all chimed in with move suggestions. I never knew chess was a fan-participation game. Good thing Allie made extra chocolate pieces for the kids to chomp on.

After fueling them up with an action-packed movie and a sugar-packed cake, we sent the kids to the basement for the night. For the next two hours, these guys ran around non-stop playing “Avengers” with all the superhero gear/toys we have. Eventually they passed out for the night, long after my head hit the pillow.

It was a lot of fun and somehow my gorgeous and talented wife pulled it off. Now I need to start plotting for my birthday cake. Maybe she can make me a playable Atari 2600 cake…