This shop has been compensated by Collective Bias, Inc. and its advertiser. All opinions are mine alone. #Disney #VillainDescendants #CollectiveBias 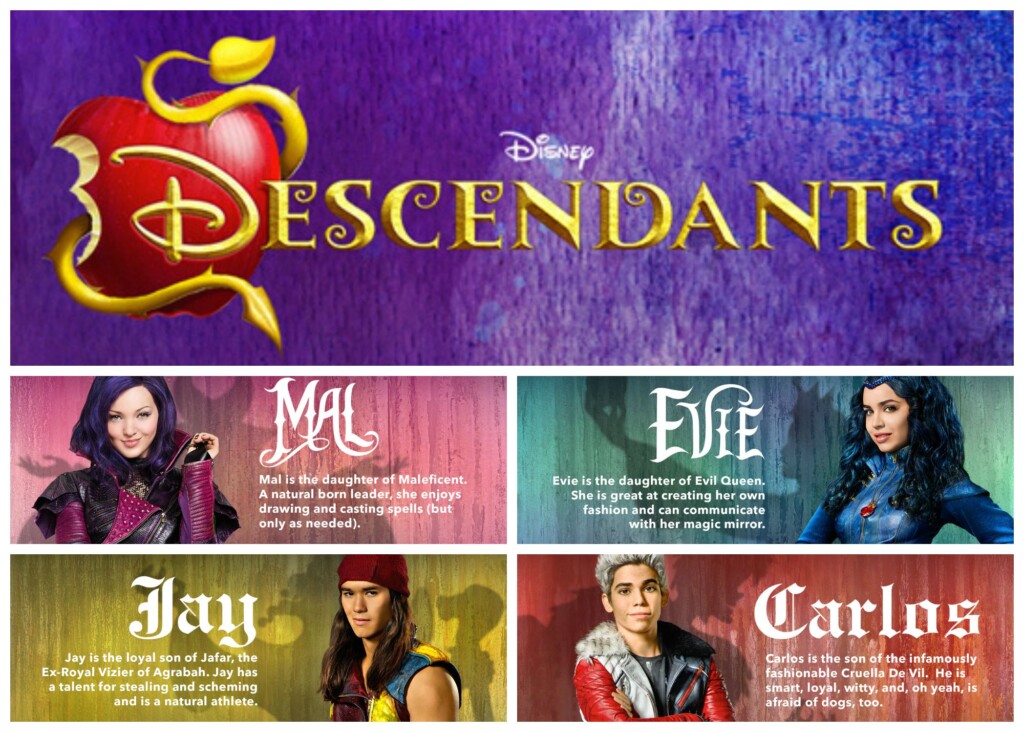 And you thought you had it rough as a kid. Homework. Chores. Curfews. Now imagine all of that times a zillion and pretend your parents care about only one thing: being evil. 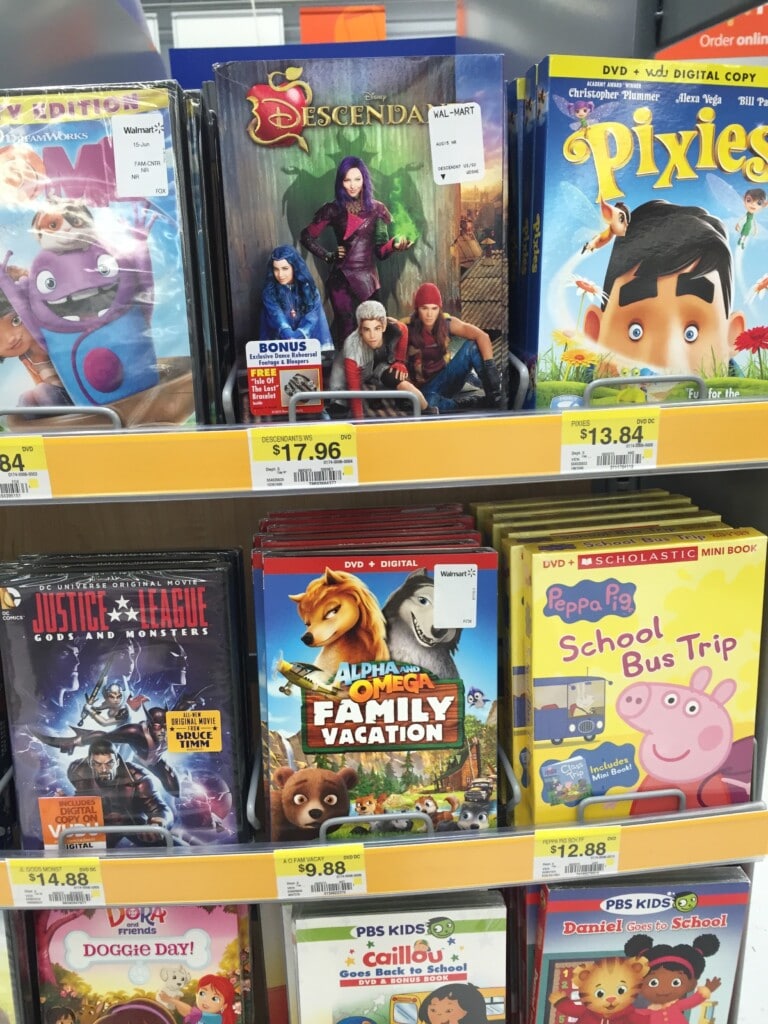 I picked up a copy of Descendants at Walmart recently, where the fearsome foursome of evil-minded kids stalk the store shelves! As the movie is live action but for kids, I actually found it in the children’s DVD section as well as the regular new releases section. 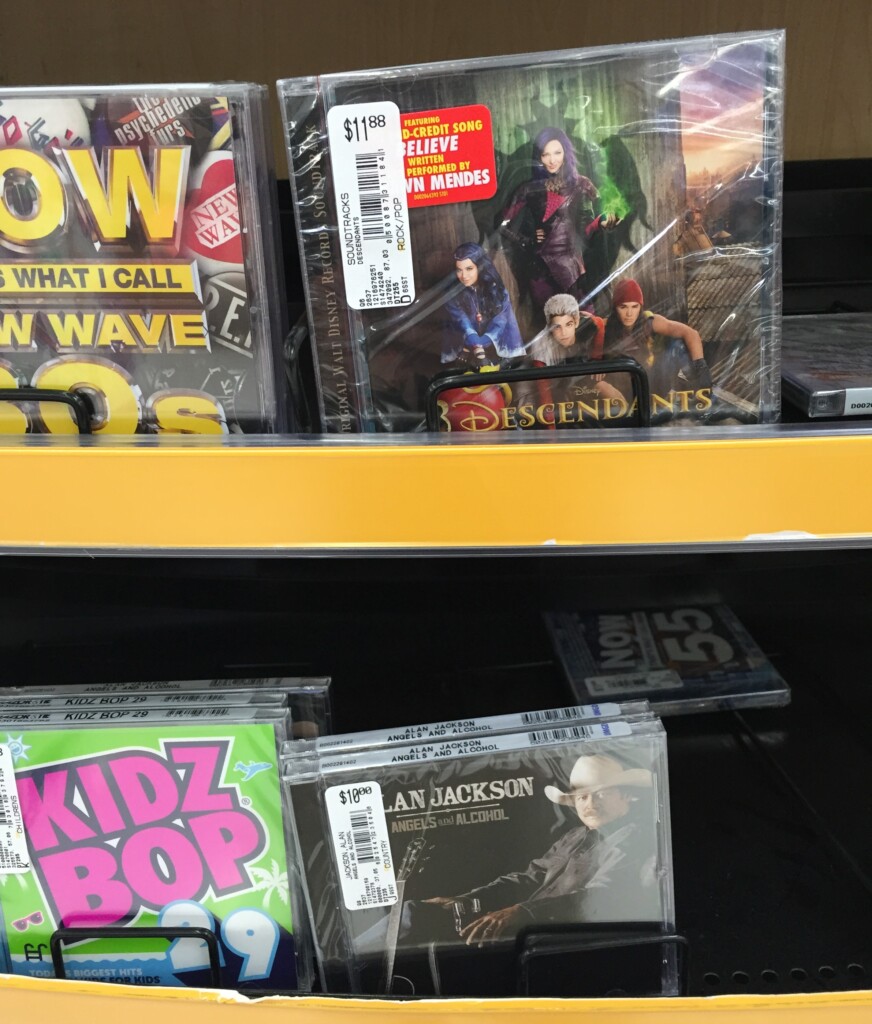 As typical of these Disney movies, you better believe there’s loads of dancing and songs to move the story along. Whether it’s the kids’ “Rotten to the Core” anthem or Maleficent’s parental advice in “Evil Like Me,” chances are you’re going to want to pick up the soundtrack on CD too. I was lucky enough to snag a copy at Walmart, since there were only two copies left! 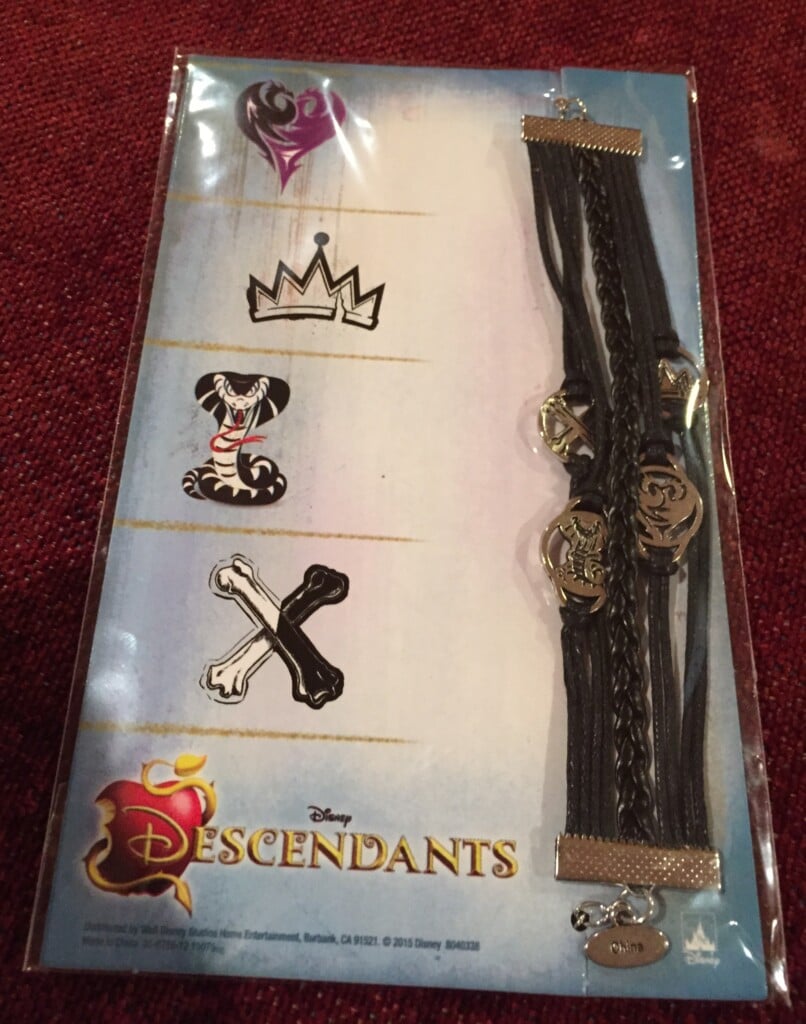 The Descendants DVD even comes with a neat bracelet for your kids to wear. It’s covered with symbols from the four villains in the movie.

In Descendants, Beast (from Beauty and the Beast) has married Belle and the couple lovingly rule the United States of Auradon. All the villains from the movies have been placed on their own island with a magical spell on it, keeping them trapped there forever. Sounds like a good plan, until those villains start having kids of their own their.

That’s where King Beast and Queen Belle’s son Ben (next in line to claim the throne) shows some serious compassion. He has no love for the villains, but feels a real sympathy for the children who are growing up on that island, away from love, sweet desserts and all the good things life has to offer.

Ben’s first proclamation as king is to free the children of the villains, and he starts out by “testing” this out with the quartert of Mal, Evie, Jay and Carlos, allowing them to attend Auradon Prep school and learn right alongside the rest of them. Will these four fearsome friends turn to a life of good or do they have more sinister plans in mind?

No spoilers, here. You’ll have to watch Descendants yourself to find the answer to that one! But, as a parent, there are always lessons to be learned. It’s not just kids who need education. As adults, we’re constantly learning as well, often times from our very own kids!

After watching Disney’s Descendants as part of our weekly Family Movie Night, there are certainly a lot of lessons I took to heart, so I thought I’d share them with you here!