This guest post has been supplied by Harold H Rigby, a lifestyle writer with a passion for history, tradition, and all things food-related.

Most of us have fond memories of Gran, and as we start to get older ourselves, we begin to wonder how she managed to whip up delicious, time honoured meals for us even when she was old and frail. Gran may have turned grey, she may have forgotten what day it was, and she may have fallen asleep on her stairlift more times than we care to remember, but when it came to the kitchen, that was her domain, and no one could cook up a mouth watering three course meal quite like Gran.

Here are three classic dishes which were always part of Gran’s cookbook. Why not try making them yourself? 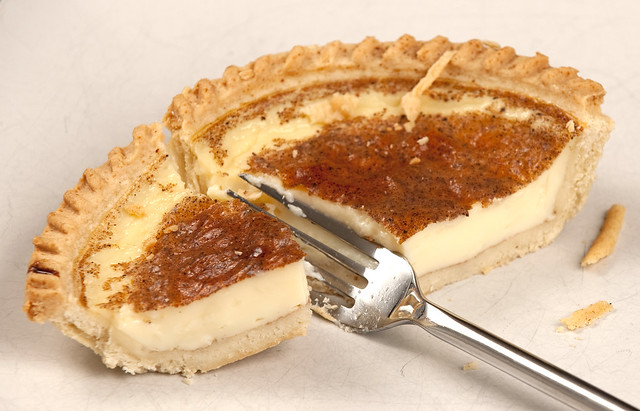 Is there anything more British than a good, old-fashioned egg custard? Believe it or not, the classic tart has been around since the 13th century (it was even included in Henry IV’s coronation feast in 1399), and was chosen as the final course of the Great British Menu during its season 1 run.

For the pastry, combine equal amounts of plain flour and unsalted butter (Gran may have used lard) – around 150 grams each for 12 tarts – and rub together until the mixture resembles fine breadcrumbs. Mix in 50 grams of caster sugar (you can use granulated if you wish) and slowly add a beaten egg until the pastry just comes together. Wrap and chill the dough for 30 minutes, until it has firmed, before rolling, cutting into rounds, and placing into muffin tins.

For the filling, slowly heat one pint of milk in a heavy bottomed saucepan (you don’t want it to burn). As this is heating, mix together 5 large egg yolks and 100 grams of caster sugar until pale and almost fluffy in consistency. When the milk begins to boil, gradually pour the egg mixture into the pan, stirring continuously. Keep stirring until the mixture has thickened, and remove from the heat. Fill the pastry cases with the mixture, and bake for 25 minutes at 200 degrees. 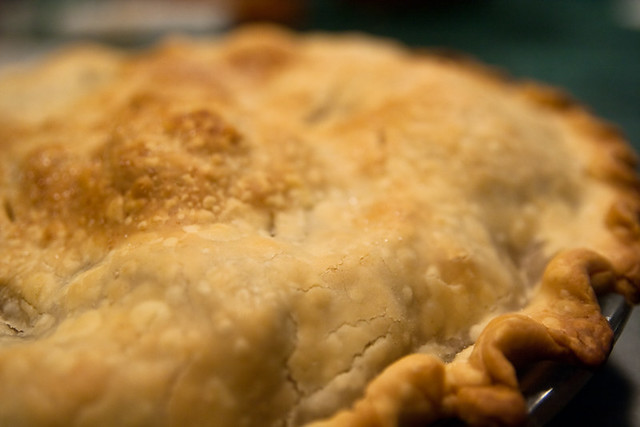 Meat and potato pie is a classic staple – it combines protein and carbohydrate and it’s relatively inexpensive to make. Today, we tend to make pies a lot differently to how Gran would have made them, but there’s still something to be said for the more traditional preparation method – mostly, how easy it is!

You’ll want to start with around 400 grams of a cheap cut of meat – skirt beef, pork belly, and ham hocks are ideal. While you wouldn’t usually use these meats as part of a roast dinner, they really come to life when they’re cooked slow and low, and they were hugely popular in Gran’s generation as very few families could afford the more expensive cuts. Cut the meat into cubes, and brown in a pan before placing into an oven-proof dish with the same amount of peeled and chopped potatoes.

Now comes the ‘cheats’ part. These cheap cuts of meat tend to produce a lot of fat, but not much juice, so making gravy wasn’t an option. So what did Gran do? She opened a tin of soup! Tinned soups were first introduced by Campbell’s in 1895, and a tomato or mushroom-based soup made an excellent gravy alternative – just pour a tin or two over your meat & potato, depending on how juicy you want your filling to be. Make the pastry by rubbing together 200 grams of plain flour and 100 grams unsalted butter or lard, and adding just a small amount of water to bring together. Don’t roll your pastry too thinly – historically, the pastry was made very thickly and wasn’t even meant to be eaten! Bake for one hour at 200 degrees. 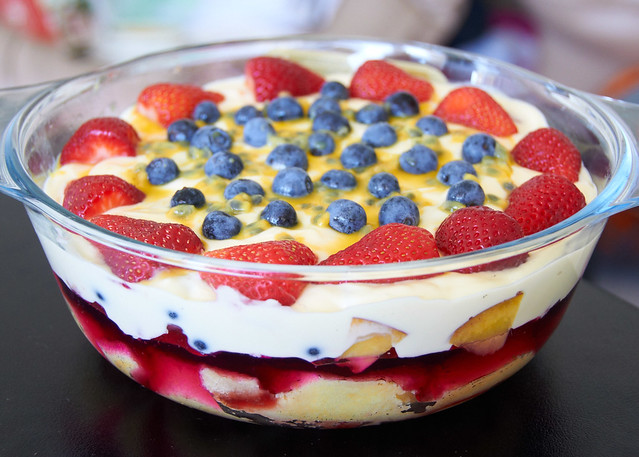 Trifle, as we know it today, first emerged in the 16th century, and contained old, stale pieces of bread which had been softened by soaking in alcohol – anything not to throw that last slice in the bin! Today, trifles are usually made with sweet sherry – Gran’s favourite – and while we tend to use fresh fruits as a colourful, tasty, and healthy topping, Gran will have used something a little easier… tinned fruits!

In Gran’s day, canned fruits were the height of sophistication, much like any other ‘instant’ food was when it was first introduced, such as Smash which took the country by storm, and not just because of those classic adverts. To start making your trifle, cut a madeira cake (either homemade or store bought) into finger-sized pieces, and soak in your choice of alcohol – sherry, madeira wine, or port work well – while you make up one pint of jelly (packet jelly if you’re short on time, or you could make your own by boiling up some fruit juice with a few tablespoons of sugar to taste and adding powdered gelatine).

While the jelly is cooling but don’t let it set), make custard by adding 250 ml full fat milk and 150 ml double cream into a saucepan and slowly bringing to a boil. Whisk 5 large egg yolks with 50 grams of caster sugar and a teaspoon of vanilla extract until pale and fluffy, and gradually pour into the boiling milk, stirring all the time. Once thickened, remove from the heat and allow to cool. Finally, whip some double cream and sugar (to taste) until it holds soft peaks, and assemble your trifle in layers. Don’t forget the most important part – decorating with tinned fruits such as mandarins, pears, and peaches.

It’s time to make our own traditions in our own families, and pass these classic dishes down through the generations. They’re simply to make, cost effective, and, most importantly, they teach the grandkids that there’s better things to eat than a bag of crisps and chocolate bar!