Back in my day at SUNY Binghamton, we used to leave our dorm rooms, trudge through 19 feet of snow, and fight off packs of bloodthirsty wolves, just to make it to the campus lecture hall for Psych 101. Yes, college sure was tough back in the ’90s. The 1990s I’m talking about.

Okay, okay, so we had it pretty easy. College was a blast and a truly educational experience (both in book smarts and street smarts). This was back in the time before the World Wide Web changed everything. This was back when computers were just neat toys and nothing more. And yet, I thought we were on the cutting edge of technology. These days, college kids are living the dream thanks to so many advances in the digital age. Don’t believe me? Then read on:

7 Ways College Life Has Changed Drastically Thanks to Technology

1. Cell Phones – Do they even still have land lines in college? I recall every semester heading down to the engineering building to setup the phone service for me and my roommate. Now everyone’s got cellphones so you can find your buddies in a heartbeat. Geez, even going party hopping has gotten easier since you can’t realize lose your buds if they’re just a text away!

2. The Web – The World Wide Web is arguably the biggest change in society since TV dinners were created. I remember heading out to the Computer Lab to use a VAX computer and type commands in. There were no graphics. No easy email programs. I did manage to use a very klunky system that let you email other universities, so I’d email one friend regularly over at Cornell. It was more like an electronic penpal, since we’d only communicate once every few days. Now students can be surfing the Web, checking email, verifying facts as they literally come spewing out of a professor’s mouth.

3. Rent Textbooks – Ugh. The worst part of each new semester was hitting the campus bookstore. It was always mega crowded, you could never find half the books you wanted, and they were all so expensive. Then you’d have to lug ’em all back to your dorm room. Nowadays, you can actually just rent textbooks online! It’s not only cheaper, but it’s 1000 times easier and faster. Plus, with a site like CampusBookRentals, you get free shipping both ways. They just need to do the actual studying for you and it’d be paradise.

4. Game On – Yes, I had a Sega Genesis in college and loved playing Blades of Steel on it. I spent way too many hours gunning down Nazi soldiers in the original Castle Wolfenstein 3-D on my PC. But those all pale in comparison to a PS3 or an Xbox 360 of today. Just imagine the crazy massive Halo battles going on! Dorm wars could take on a whole new level of fun. 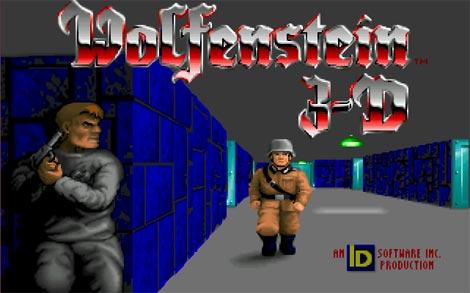 5. iPods – No, we weren’t cranking out audio cassettes in the dorms. I’m not that old. But we did have stacks of CDs that we’d play in our “boom boxes.” (Those are big radios that we’d carry around on our shoulders for exercise.) I must’ve had a walkman, though, that played tapes, but I barely remember. These days, everyone’s got an mp3 player of some kind, chock full of a massive music library in the palm of their hands. Heck, I used to DJ at my college radio station WHRW, where I’d play CDs, but also got to spin records. Yes, vinyl ones!

6. In-Room Internet – I remember having a laptop computer at college. It was my first huge expense. That thing had a MASSIVE hard drive of at least 20MB. Stop laughing; that was monstrous at the time. But all I used it for was writing papers. There was no network access or anything in the room. I had to go to the Computer Lab to hook into any type of account. Nowadays, most dorm rooms have Ethernet hookups right in the wall, and I’m betting even WiFi setup. Makes me wonder if that makes students more productive or far less productive…

7. Digital Cameras – Kids today. Sigh. They don’t even know what film is most likely. We used to buy film for our cameras, take shots, and then wait weeks until we saw the blurry results. Our biggest joy was disposable camera, so we could take photos, and not worry about losing a big expensive camera. Now everyone’s got a super tiny digital camera to take as many embarrassing and incriminating party photos as they can.

So do kids today have it so much easier? Or is everything relative and our parents would say the same about us? No way! Today’s kids can use their cell phone to take a photo of their friend sitting at a computer while they rent The Riverside Shakespeare textbook for “Shakespeare 101,” all while cranking out tunes, playing Halo, and uploading photos to their Facebook page through their Xbox Live account. Geez, at this rate, tomorrow’s college students will probably just swallow a “study pill” to download all the necessary information directly to their brain for an entire semester. I’ll let my kids complain about that when they’re older.

This post was sponsored by the fine folks over at Campus Book Rentals. The thoughts and opinions expressed in this post are my own and in no way were influenced by the company providing the product.