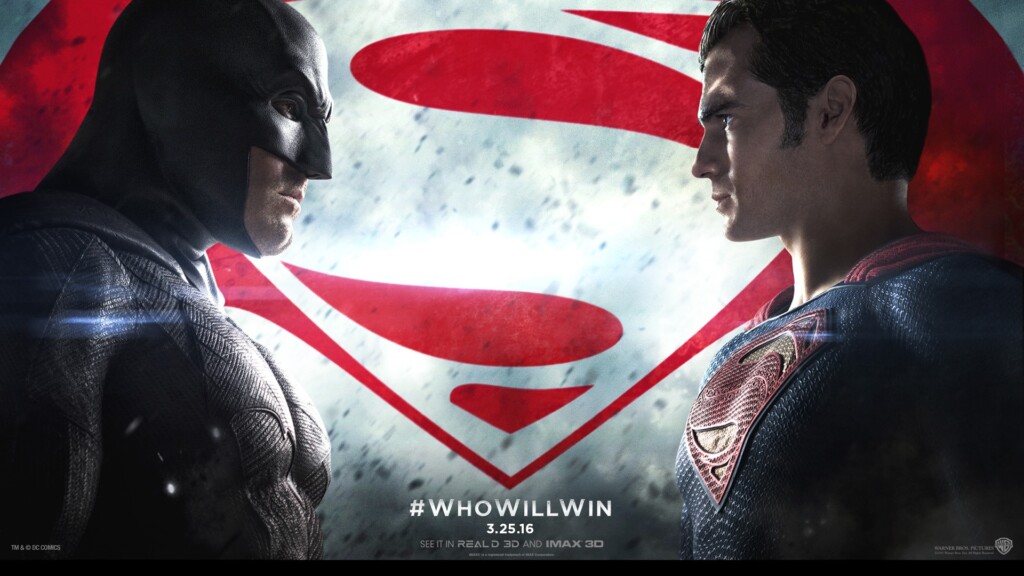 Superman’s one of the most powerful characters around. And for that very reason, I’ve never liked him.

I mean, seriously? Super strength. Flight. Super speed. X-Ray vision. Heat Vision. Invulnerability. And that’s not even counting the ridiculously stupid powers he’s had over the years like Super Freeze Breath, a Super Kiss or even Super Hypnosis.

How can you build up any compassion for a character who simply leaves all other super powered beings in the dust? You can’t. That’s why I always loved Batman over Superman, hands down. Batman, a guy with lots of skill, lots of smarts and zero super powers.

The Dark Knight’s also one sharp detective and it’s why I have no doubt he can beat Superman to the punch. In no way am I even half as smart as Batman (sorry to disappoint!), but if I can come up with these 8 ways to take down The Man of Steel, imagine what Batman and his entire arsenal of toys can do!

And so, I present…

1. Drink Up
Taking a cue from The Princess Bride, Batman can spend a lifetime developing immunity to Kryptonite powder. (It has been known to cause cancer in some of DC’s citizens!) He’ll offer two glasses of green liquid to Supes and let the Big Guy choose. It doesn’t matter which glass he takes; he’ll end up guzzling Kryptonite down his gullet and be weaker than a kitten in two winks of a bat’s wings.

2. Eat Lead
Sure Superman can stop bullets just by standing there. But what he can’t do is see through them. So Bats would create Krytponite bullets that are encased in lead. Every shot would further weaken the Kryptonian.

3. Say the Magic Word
Besides Kryptonite, Superman’s other main source of weakness is a little thing called magic. I can’t see Batman hanging out with John Constantine, but I can see him doing what most muggles only dream of doing: paying Harry Potter a visit. The Dark Knight could certainly convince Harry of Superman’s powerful potential and trick him into casting a Petrificus Totalus spell on The Big S to freeze him in his tracks.

4. Punch Him… Really Hard
Okay, Batman’d break every bone in his hand if he just clocked Supes straight up. But Bats is no dummy. Donning a super-powered suit (like he did in the classic The Dark Knight Returns mini-series or the upcoming Batman v Superman: Dawn of Justice movie), he can power up that punch and sock Supes square in the jaw.

5. Nuke ‘im
It won’t outright kill him, but a nuclear bomb to the chest ought to knock him down more than a few pegs. How would Batman get a nuke? Please, he’s Batman. That’s a no brainer. But how to get it aimed at Superman without hurting civilians? He’d have to aim for the moon or something.

6. Mind Over Matter
The Mad Hatter’s constantly taking over people’s minds (including Batman’s!), so the villain’s mind-controlling technology is certainly accessible to Batman. Trick Superman into wearing a fancy chapeau and BOOM, one Kryptonian Slave at your service!

7. Secret War
Did you know Clark Kent is really Superman? Yeah, so does Batman. Please, those glasses and S-curl aren’t fooling the World’s Greatest Detective for a second. A simple threat to reveal his secret identity is all Batman needs to do to get Supes to bow to any of Batman’s demands.

8. Slow Leak
By getting Superman to slowly breathe in Kryptonite dust day after day, month after month, Batman’s sure to majorly weaken the Man of Steel. Knowing Batman, he’d create an incredibly fine Kryptonian powder and routinely release it through the Daily Planet’s air ducts, for an unsuspecting Clark Kent to continually breath in.

Like I said, those are just off the top of my head. And I’m certainly no World’s Greatest Detective!

Warner Bros.’ Batman v Superman: Dawn of Justice hits theaters on March 25 and it will be worth every penny just to see Batman knock Superman on his invulnerable Kryptonian keester! It’s why I’m super (sorry, no pun intended!) pumped for the upcoming Kotobukiya statues! 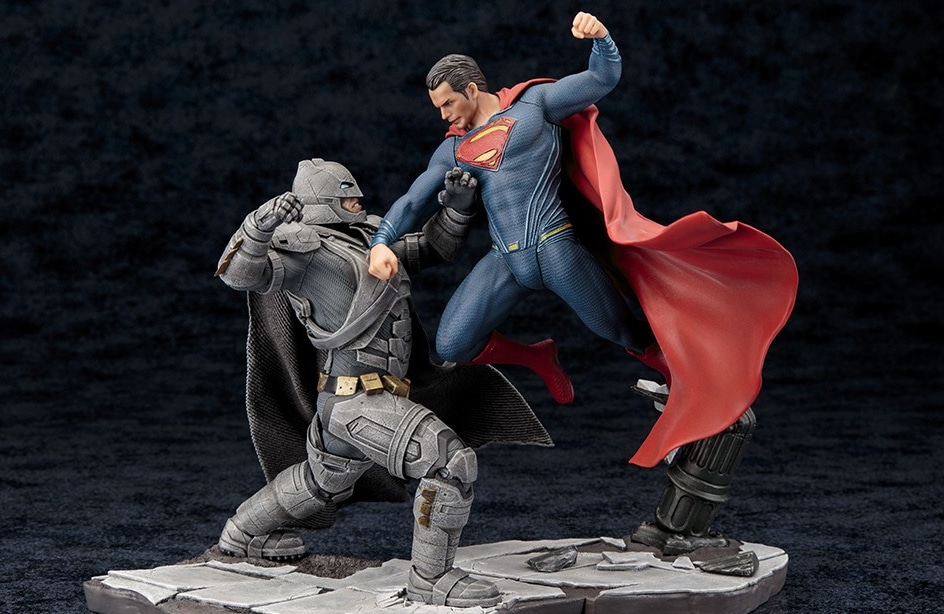 This awesome statue set (Kotobukiya never fails to impress!) is actually two separate statues in one! 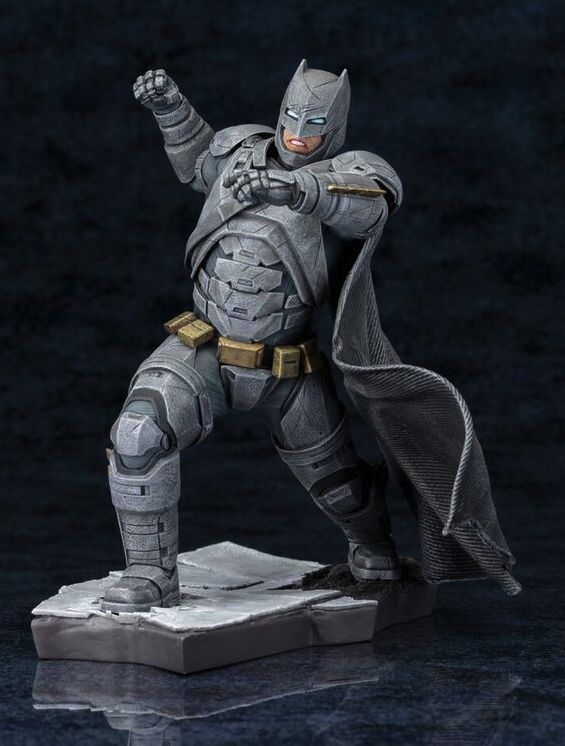 There’s a Batman vs. Superman Dawn Of Justice Batman Artfx+ Statue, which features the Dark Knight himself in a gritty setting and detailed fabric patterns in his cape. 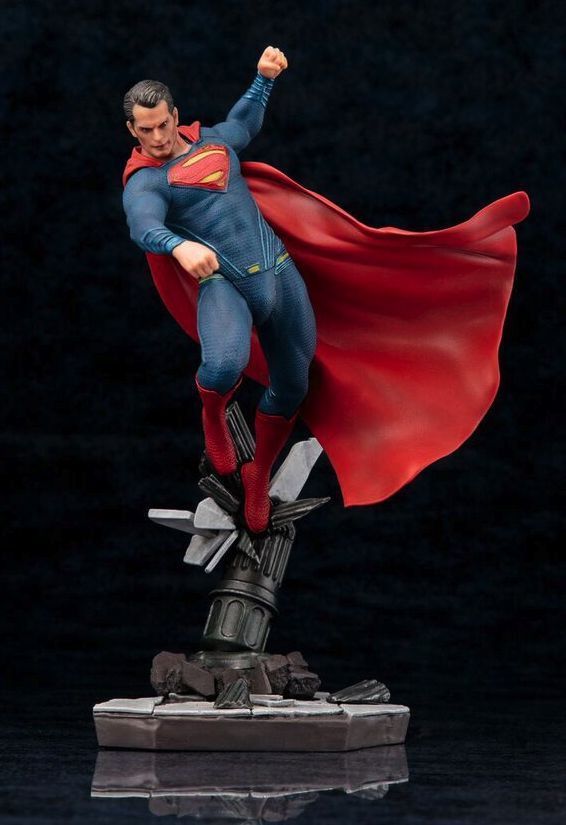 Then there’s the Batman vs. Superman Dawn Of Justice Superman Artfx+ Statue, which gives off the impression of Superman soaring, ready to deliver a devastating blow.

Both statues smash onto shelves on April 27, but you can pre-order them today from TFAW!

Shop Things From Another World!

This post was sponsored by Things From Another World. All thoughts and opinions are my own. Please visit TFAW.com and consider buying your favorite comics, toys, T-shirts and other pop-culture merchandise from them, especially since they help keep the lights on over here at MommysBusy.com!