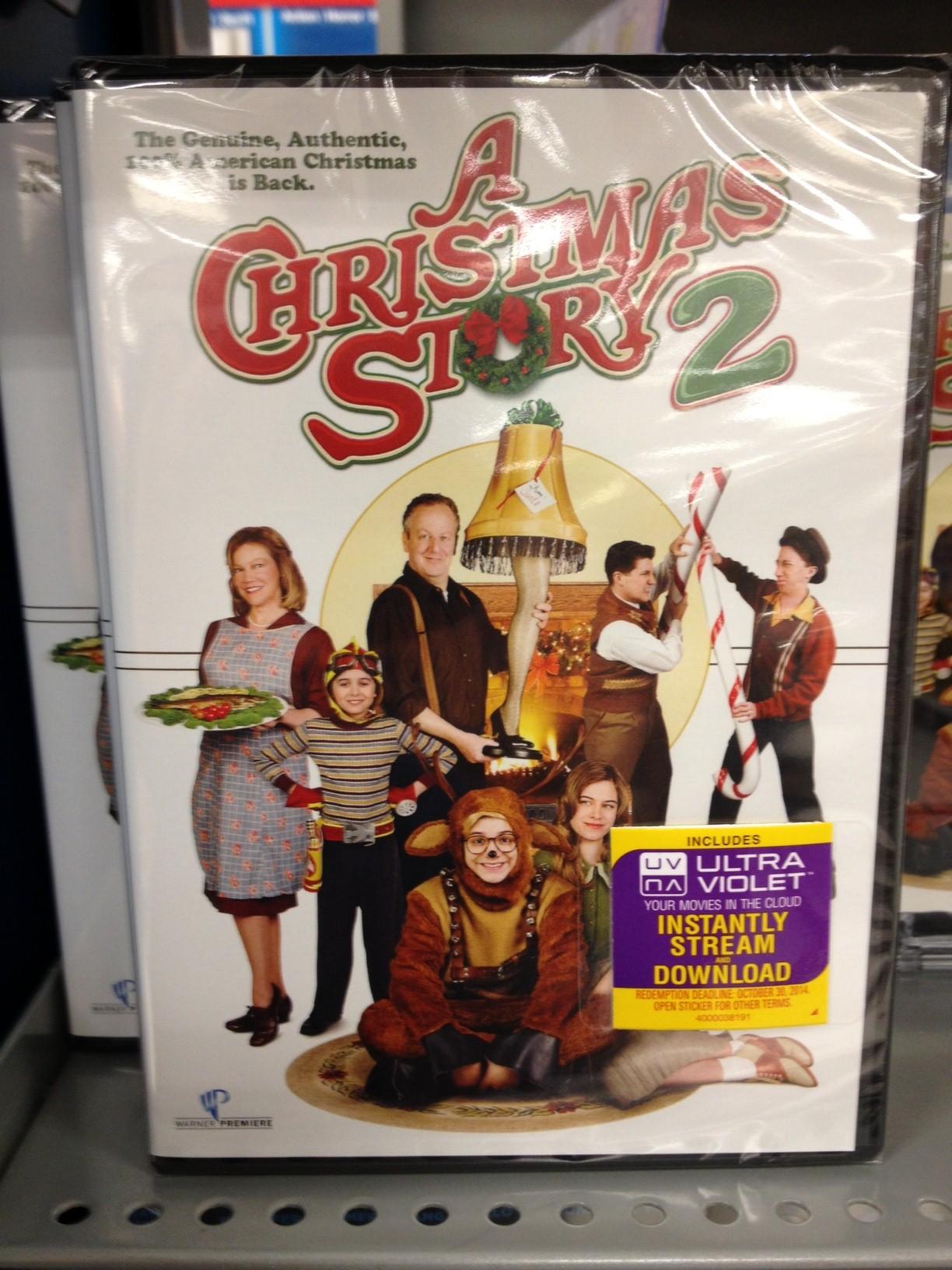 So there’s this. Yeah. I saw it the other day at Target and just had to stare at it dumbfounded.

I mean, A Christmas Story is a classic. It’s more than that actually. It’s a tradition. In fact, it’s a downright marathon that’s run every single year during the holidays. And pity on the viewer who accidentally stumbles upon it while flipping channels, because you can kiss the next 24 hours goodbye as you watch Ralphie almost shoot his eye out.

So looking at the box, it’s clear they’re trying to sucker people into buying this thing purely on name alone. Dad’s holding his leg lamp, even though that was from the first film and it broke. I’m surprised Ralphie’s not wearing a pink bunny suit here.

And why is everyone dressed like they could exist today? Is this a remake or what? Let’s see what the description has to say, shall we?

The original, traditional, one-hundred-percent, red-blooded, two-fisted, All-American Christmas continues five years later with Ralphie, Randy, mom and the Old Man. This time, Ralphie has his eyes fixed on a car. But trouble is sure to follow.

Five years later? That puts Ralphie around age 15. Is he old enough to drive? Is this going to be as lame as Licensed to Drive or Baby’s Day Out? I don’t think I’ve been this annoyed by a non-sequel sequel since we rented Home Alone 3. Not only was that an all-new cast, but the characters and story were 100% new too. To this day, Jason still screams, “Why wasn’t this movie about Kevin? That was the worst movie ever!”

I know it’s unfair to judge movies without seeing them first. But come on. Just look at the box on this one? The only thing that could possibly be worse is if someone did a Ferris Bueller sequel and it starred Ashton Kutcher as Ferris’ cousin Binky or something.

Okay, let’s take a look at the trailer for this straight-to-DVD nonsense:

2 thoughts on “A Christmas Story 2 or Has Anyone Seriously Seen This Abomination?”