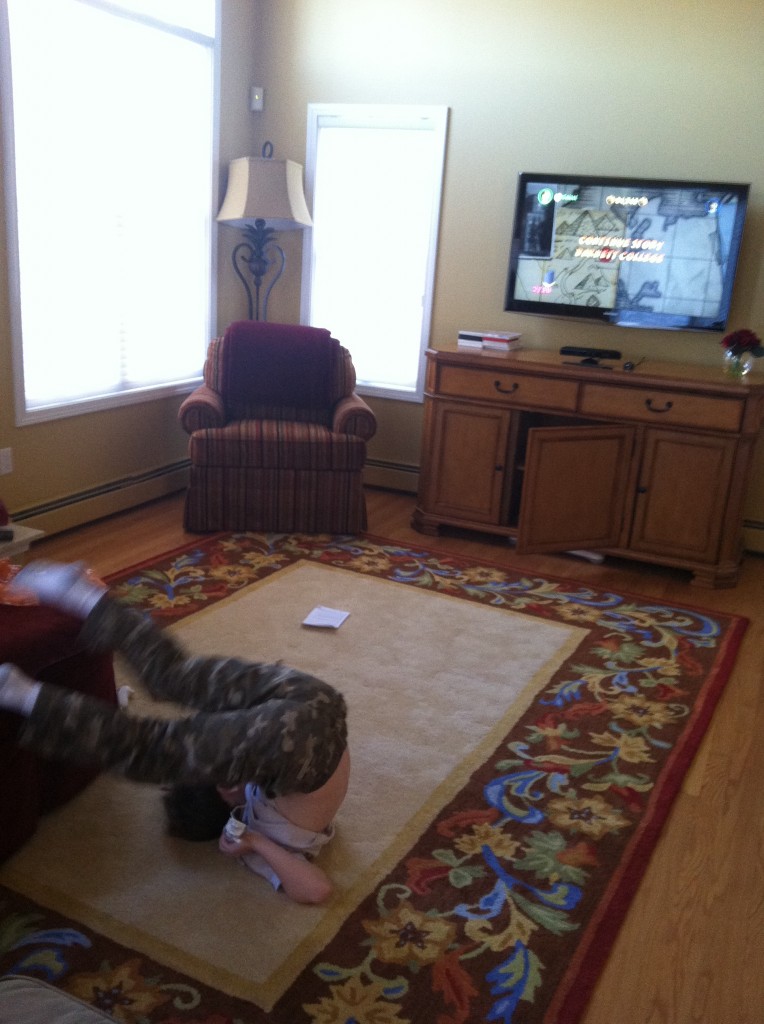 So yeah. This is how I found Jason this morning in the Great Room playing Lego Indiana Jones on the Wii. He actually stayed in this position for quite awhile moving his legs up and down.

Allie and I are pretty sure that all the video game exercise Jason does is what keeps him so skinny. The kid just can’t sit still if he’s on the Wii. If he were playing checkers on the Wii he’d be running in place with a nunchuk in one hand and a Wiimote in the other.

As for Lego Indiana Jones, I have to say that the game rocks. Just like every other Lego video game I’ve ever played, it’s a blast. It definitely takes some detours from the movies but the overall story arc is the same. I’m just having a blast lately playing video games with the kids. I teamed up with Jason on this one, and earlier in the weekend, I was playing Wii Party with Ryan. It was just mini-game after mini-game. 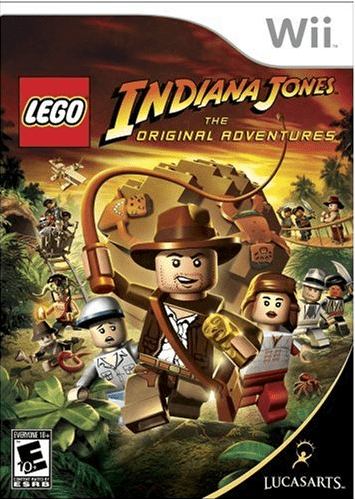 I think the kids are getting old enough to start helping me out with some of my games. Probably not ready yet for sick games like Fallout 3 or Gears of War 3, but intense puzzle games (yes they do exist) like Portal 2 are right up everyone’s alley.

Hopefully school will actually be open this week so the kids can finally get out of the house. Otherwise, we may have to run through our entire video game library. Twice.

What games are you playing with your kids?