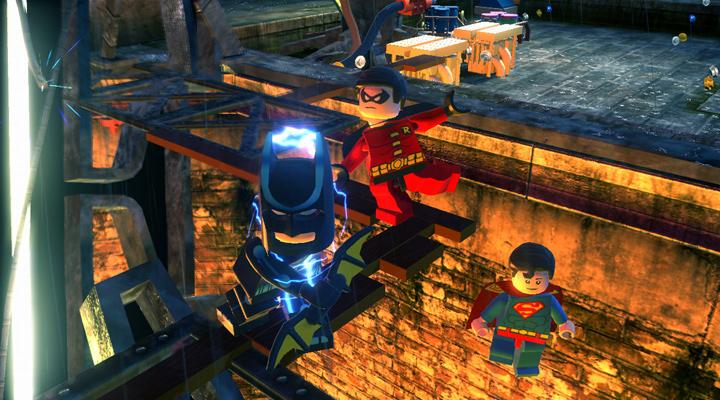 That’s the initial review of Lego Batman 2: DC Superheroes from my 9-year-old son Jason. And I pretty much have to agree with him. The Lego video games in general are all-around incredible (the Star Wars ones actually make Episodes I-III not just tolerable, but downright entertaining). The first Lego Batman was fun, but Lego Batman 2 soars to new heights.

Not only do you get to play as Batman and Robin, but some of the DC Universe’s heaviest hitters join the Lego party: Superman, Wonder Woman, Cyborg, Green Lantern, Flash, and more! And of course the usual gang of Gotham’s Worstest crash the scene. Lex Luthor actually joins up with the Joker, Riddler, Two-Face, Penguin, Harley Quinn and more. 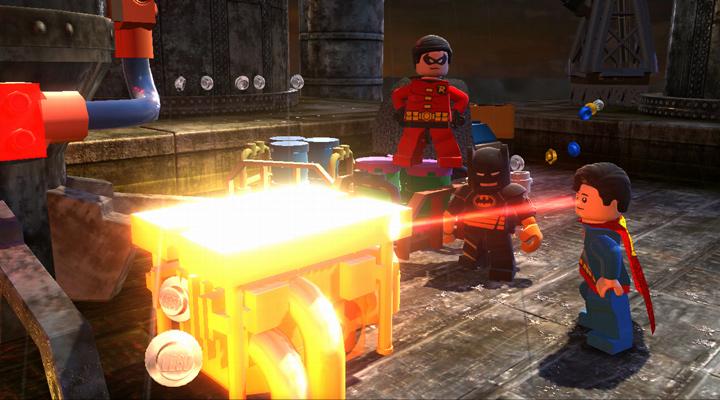 Just like all the other Lego video games, there’s an overall storyline that’s told through animated scenes. There’s tons of puzzles to solve as you fight your way through Gotham City. Don’t worry about violence, since characters don’t actually die, they just break apart into small Lego pieces, quickly getting put back together.

What’s new about this Lego game? Plenty! Besides housing the largest Lego world to date in the mega-sized Gotham City, Lego Batman 2 is the first Lego video game to actually feature voices! The Lego characters actually speak to each other, helping to move the story along, and crack plenty of jokes. You’ll also find an amazing soundtrack, including the theme from the original Superman movie!

One other new feature, which my kids and I both disliked, however, was the introduction of the split screen. In other Lego games, when you play with two players and one tries walking off the screen, he just can’t. You need to work together. It slows the game down slightly, but makes it easier to follow. With the new split screen feature, each player can run off on their own and investigate their own corner of the City. While this is a very common feature used on probably 90% of most co-op video games made today, it’s never been on a Lego one before and just feels weird. It also makes it a little tougher to see specific areas if you’re trying to use a grappling hook or something.

Despite that one issue, the rest of the game is just too much fun. You just have to love how Batman (and almost everyone else) pretty much ignore Robin and treat him like a little kid. Batman totally gives Superman a cold shoulder. And the Joker is… well, a complete riot. 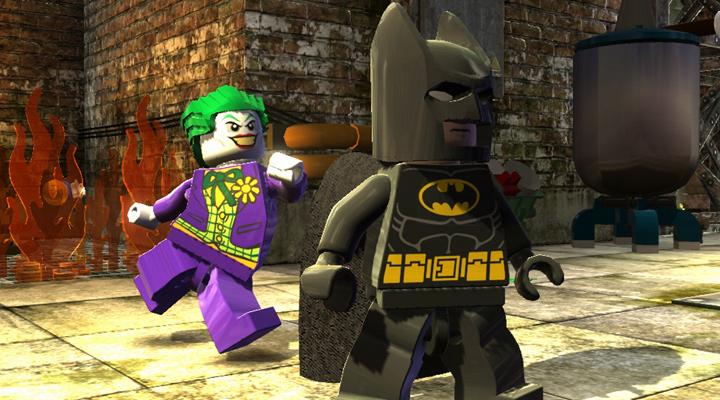 Lego Batman 2 is a fantastic game for kids and adults alike. It’s simplistic enough in basic gameplay for anyone to pick up easily, but the boards and puzzles can be challenging enough to keep you guessing. I hope Lego keeps the trend going and adds tons more superhero games to the mix. Heck, there’s an entire DC Universe just waiting to be pixelized.

Visit the Lego Batman 2: DC Super Heroes website for more information and all sorts of games, downloads and more.

Win a copy of Lego Batman 2 for the Wii!

Enter to win a copy of Lego Batman 2: DC Superheroes video game for the Wii! Just use the rafflecopter form below to enter.

Giveaway ends on July 9, 2012 at 11:59 p.m. The winner will be chosen at random and announced on this site. Giveaway is open only to legal residents of the fifty (50) United States (including District of Columbia) who are at least eighteen (18) years old at the time of entry. The Winner will be notified by email and has 48 hours to respond or a new winner will be chosen.

I received the featured product in exchange for my honest opinion. The thoughts and opinions expressed in this post are my own and in no way were influenced by the company providing the product.
More contests and giveaways:
Contests & Sweepstakes
Blog Giveaway Directory
Money Sweepstakes
CashNet Sweepstakes
Online Sweepstakes
Contestgirl
Share
Tweet83
Pin
83 Shares