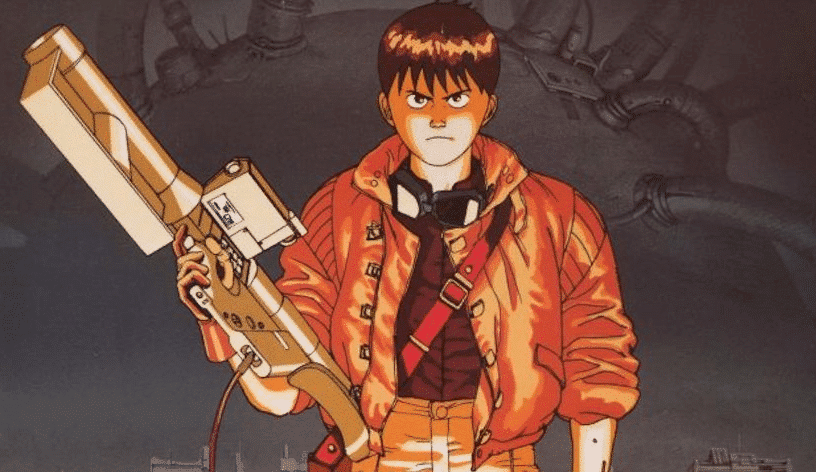 The first thing I learned while watching Akira this weekend was that I’ve been pronouncing it wrong for decades.

The 1988 animated film, based on Katsuhiro Otomo’s manga of the same name, is not pronounced “Uh-keer-ah.” According to the movie, it’s more like “Ah-key-ruh.” Unfortunately, that’s about the only thing I really learned from watching this 124 minute movie with my two boys.

Now before I dive into my thoughts on Akira, let me set the record straight. I’m a huge comic book fan. My office is loaded up with everything from a Cap Wolf action figure to a Lego Death Star to a Kool-Aid Man POP Vinyl figure.

I used to think anime was just really cool visuals with zero story. But then I was introduced to so many wonderful titles (both anime and manga) such as One Piece, Fullmetal Alchemist, R.O.D., Fruits Basket and Ranma 1/2 to name just a few.

My mind has clearly been open to manga and anime over the years and when my younger son Ryan recently got himself into anime (He started with Hunter x Hunter and loved it, before moving on to One Piece.), I jumped at the chance to watch with him.

I had never seen Akira before, only small clips, but knew of it. After a few friends recommended it to me, I figured it was the perfect movie for Family Movie Night on a Saturday Night. My wife lasted three minutes before heading upstairs. In hindsight, I should have joined her.

So me and my two boys (14 and 16 years old) sat and watched Akira together. It was the dubbed version currently streaming on Hulu. The animation was really nice, especially for a film dating back to the late ’80s. There were also loads of giant explosions, super violent fights and screaming. Lots of screaming.

For any of you who haven’t seen it, let me give you my quick thoughts on what I think the movie is about. I can guarantee you the chronological order is far from perfect too, since my brain felt like scrambled eggs by the time the credits rolled. Note: You can consider the following a SPOILER, although, if you really don’t understand what you’re watching, can you really spoil anything?

My take on what happens in Akira:

As I said at the beginning, one of the only real things I took out of this movie that I can 100% be certain of is that I’ve been pronouncing Akira wrong all this time.

Can you explain Akira to me?