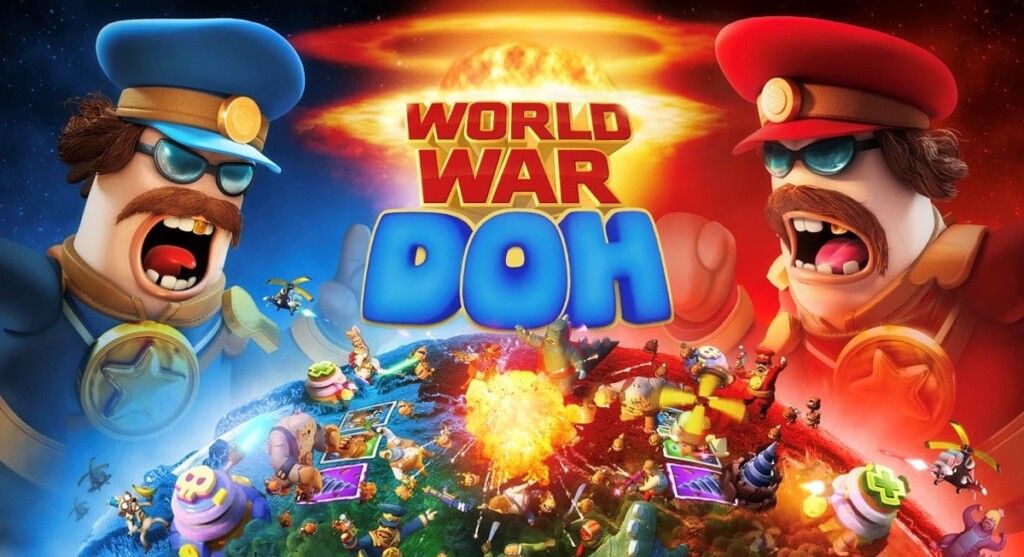 World War Doh may very well be the most adorable battle game since Pokemon rolled out. (Tough to beat the cuteness of a Psyduck!)

I don’t play a ton of games on my phone, with the exception of a few word games and one of my favorites, Clash Royale. But somewhat similar in gameplay to that card-based battle game, World War Doh takes the ridiculousness of battle to the next level.

Created by Jam City, this new mobile game is completely free to download and play, although there are plenty of chances for in-game purchases to boost your levels faster.

Besides the fact that the main characters have no noses (that’s always funny to me), the game lets you take on other players all around the world in real-time 1V1 battles. You control a completely overzealous Commander who leads his motley crew of characters (from robots to thugs to even ginormous Godzilla-like monsters). 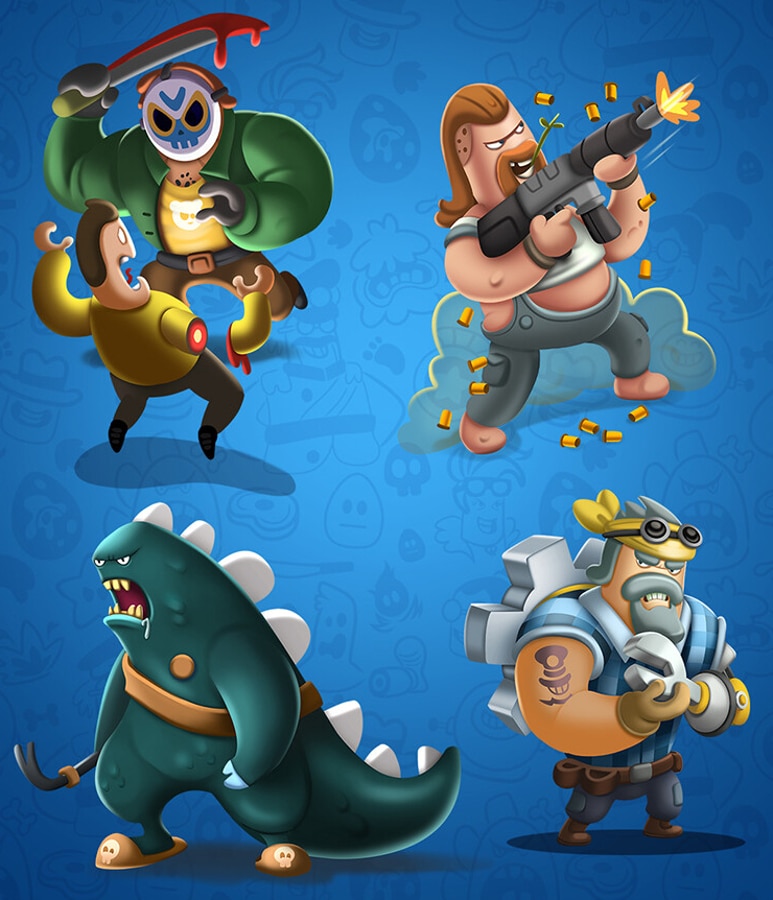 Using the life-energy “Doh,” you can heal yourself and call forth your army. You also, however, need to defend the two buildings in your territory. That’s the super-duper Fisher-Price, condensed overview of the game.

The animated scene that introduces the game when you first start, is worth the price of admission alone. Basically, the two warring commanders are about to sign a peace treaty in front of all the different characters. But when a pen just can’t be found… chaos totally ensues, escalating into all-out war. 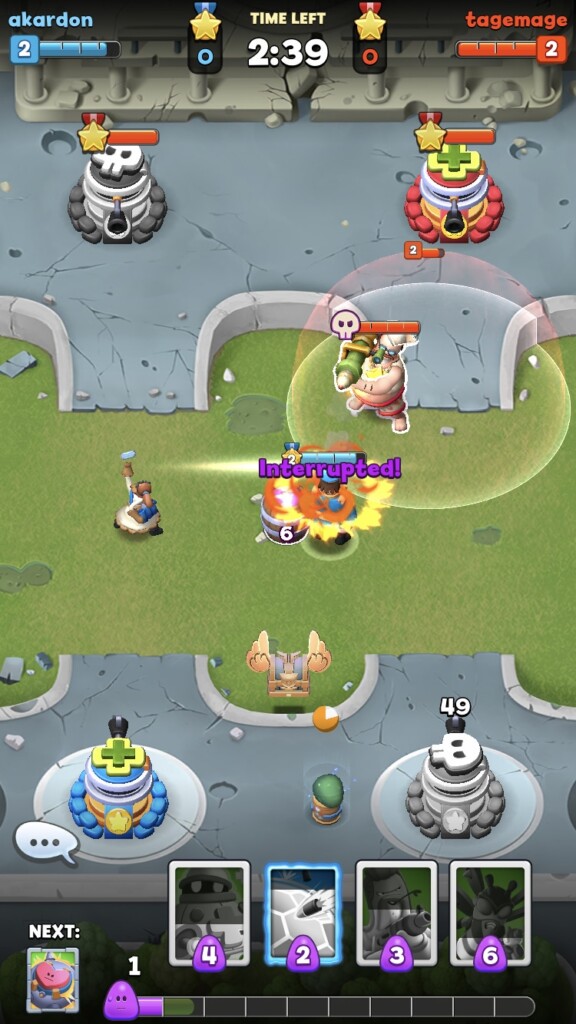 That ludicrousness, and goofy Play-Doh appearance, really make this game one worth checking out. Like other games, you earn various rewards (powers, cards, characters, etc.) as you move along in the game. The more you play, the more options you come across.

There’s a really thorough tutorial section that trains you up fairly quickly, while explaining all the tools available to you at the game’s start. 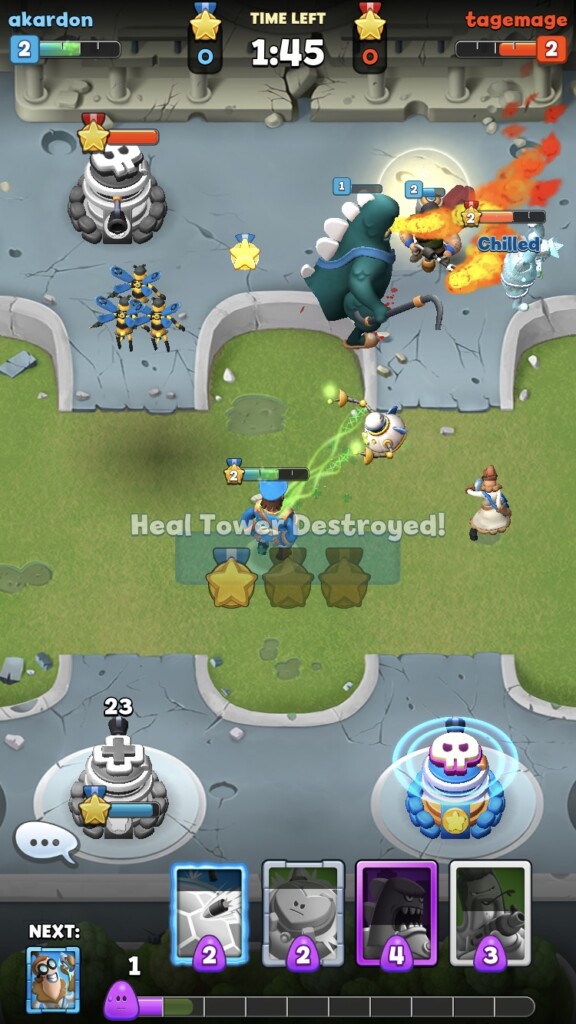 What’s neat is that it really is a real-time strategy game where you must quickly decide on whether to send out a swarm of killer bees to go on the offensive, or go on the defensive side by covering yourself with a protective dome. As you earn more coins and gems, you increase in level and can upgrade characters along the way. Deciding on who to upgrade first is simply more strategy to think about. 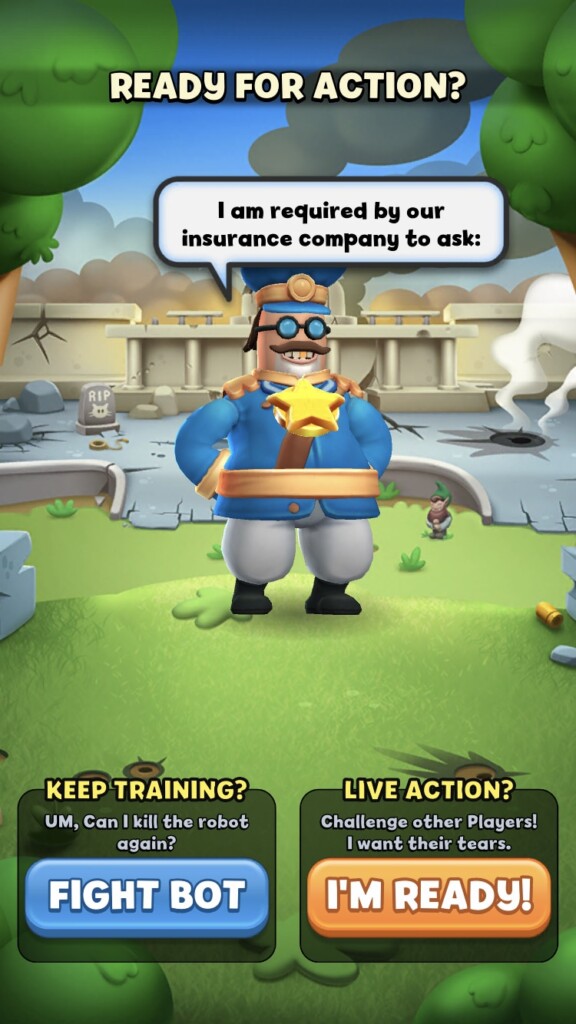 Silly music. Hilarious taunts. Goofy characters. And an absolute over-the-top attitude with every single part of this game, makes World War Doh one war that is definitely worth waging. 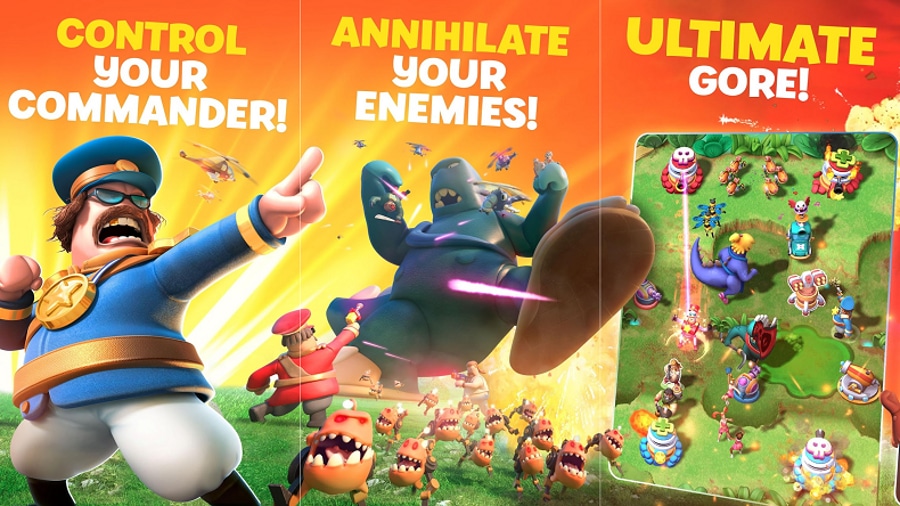