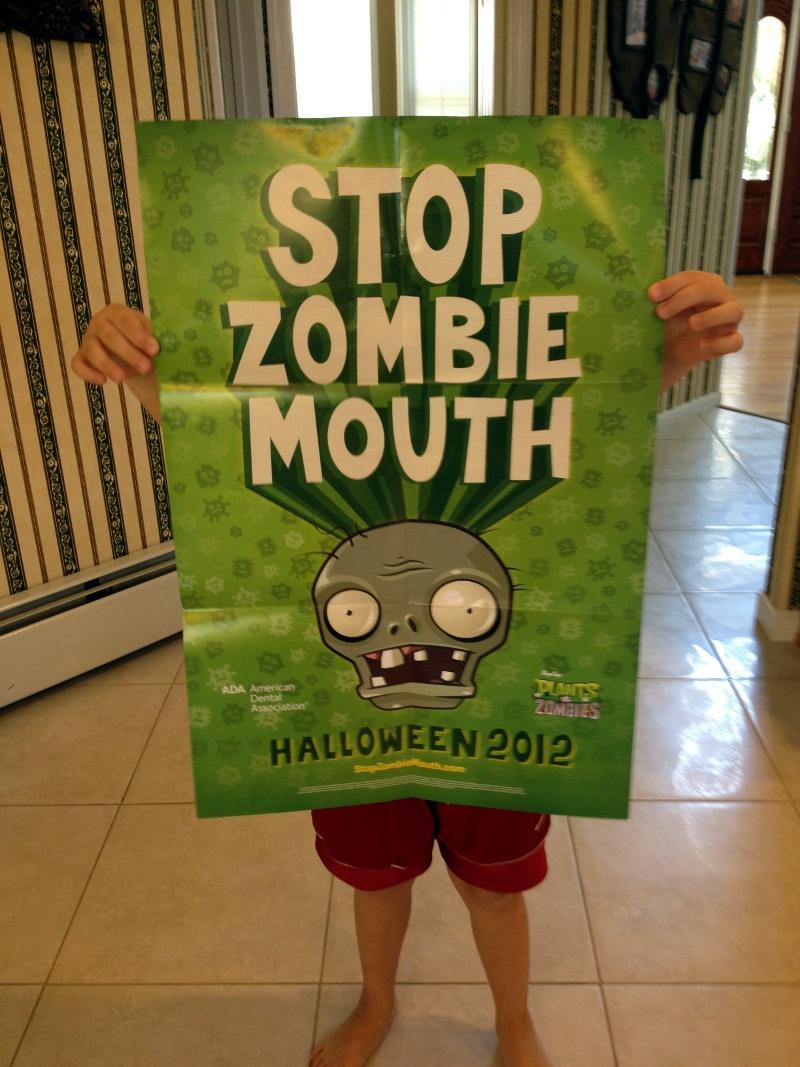 When it comes to fighting tooth decay, the first thing that comes to mind for me are the Cavity Creeps. Any other kids from the ’80s remember them?

It was a great commercial that stuck with me over the years. I haven’t seen a similar campaign at all until now that is.

Yes. The ADA is jumping on the zombie bandwagon. And, no pun intended, they’re killing it.

Working off the Plants vs Zombies game, the Stop Zombie Mouth campaign is an absolute riot and brilliant promotion. Instead of giving away cavity-causing candy this Halloween, why not give kids coupons for a free Plants vs. Zombies game instead?

You can download free game coupons (redeemable for the full PC/Mac edition of Plants vs. Zombies) and give them out to the little goblins in your neighborhood. So while crazy Mrs. Crabtree down the block is giving out pennies and gross Tootsie Rolls, you’ll be giving kids access to a free Plants vs. Zombies game! Coolest house on the block for sure.

PopCap and the ADA sent me an awesome Stop Zombie Mouth campaign complete with poster, standees and a box of Plants vs. Zombies trading cards to give out instead of candy. My kids busted open a number of packs already and couldn’t stop laughing at the cards. They love the game so they actually recognized a lot of the characters.

The Stop Zombie Mouth website is chock full of fun and great resources for you and your kids to promote better dental hygiene. I’ll let this video sum it up for ya.

So this Halloween, be sure to Stop Zombie Mouth! Forget the candy and pass out flesh-eating corpses and killer foliage instead! 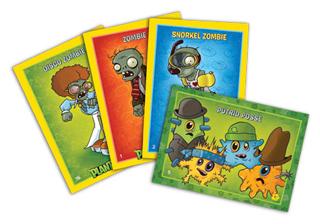 I received a copy of the featured product in exchange for my honest opinions. The thoughts and opinions expressed in this post are my own and in no way were influenced by the company providing the product.
Share6
Tweet
Pin
6 Shares