The second I saw Director Don Hall’s T-shirt, I knew we were all in for a great time. In a room at the W hotel in Los Angeles, California for an amazing #McFarlandUSAEvent, myself and 24 bloggers sat down to interview the Big Hero 6 Director, along with Director Chris Williams.

Don’s adorable black T-shirt with an ASCII-like Baymax on it, set the tone for a great ride. Formerly serving as head of story on 2009’s The Princess and the Frog, Don came off of directing 2011’s Winnie the Pooh feature to dive head first into Big Hero 6.

Chris was an influential member of the 1998 Mulan story team and more recently directed the studio’s nominated feature Bolt with Byron Howard.

Laid back in nature, both Chris and Don set themselves at ease as they answered questions about Hiro, Baymax and the entire city of San Fransokyo.

How did you guys first get involved with Big Hero 6?

DON: I was finishing up Winnie the Pooh and started thinking about my next project.  John Lassiter always asks the directors what they are passionate about. I started thinking about it and as a kid, I loved Disney Animation. That’s what brought me here but I also loved Marvel Comics and it’s really where I learned to draw and tell stories.  I’m not unique, by the way. I mean, the entire Studio pretty much has that same story. I just happened to be the guy who brought it to the forefront.

I pitched John that idea and he got super excited and said go find something. It was that simple. It was a five minute conversation. So I just made lists of stuff that I thought would be cool and I came across Big Hero 6 having never read the comic. I researched it further and it was a Japanese Super Hero team. I thought that was cool. And then I read the comics and I thought the tone was appropriate. It was light hearted, the characters are fun, they had goofy names, and you could tell the creators just loved Japanese pop culture.

Most important, you could see there could be an emotional story about this 14-year-old Super Genius who loses his brother and this robot who becomes his surrogate Big Brother. I pitched it along with about 5 or 6 other ideas to John and this is one he gravitated towards and said go.

CHRIS: I remember so vividly the day Don first pitched Big Hero 6 to myself and the other directors at Disney. At that stage, you’re not pitching the whole story. You’re pitching just a seed of an idea. When he talked about this main character who was going to lose his brother and be left with his creation, this surrogate older brother, it was so powerful.

Did you ever expect this kind of success with Big Hero 6?

DON: Yeah. We did. [LAUGHTER] We’re very fortunate because we’re always the first audience. So we were won over by Baymax as a character and the film subsequently. You always feel like okay if I’m not that different from everybody else and if we like it and our studio likes it, hopefully everybody will. Once we started rolling it out and sat in the audience listening to people laugh and gasp and cry, then it started to hit us that okay, it seems to be resonating with people.

Baymax as a character is something you can’t predict. It’s pretty cool because he’ll outlive all of us. To have contributed a character like that to the Disney Legacy is pretty cool.

CHRIS: And that legacy is something we think about a lot. We got into animation because we fell in love with the Disney when we were kids and I loved the Baymax character. I’m really proud of the dynamic between Hiro and Baymax.  I definitely see the lineage from Baymax all the way back to Bambi, Dumbo and Pinocchio and these characters that have this purity and sweetness to them.

Whose idea was it to get Stan Lee into the Movie?

DON: Yeah, we had a desire to do that. I have to say though, we kind of back burnered it. We pushed this film about as far as you could push, right up to the deadline. When you say it’s ripped out of our hands, I mean, it was really ripped out of our hands. But we both went to go see “Guardians of the Galaxy” when it came out. At this point, the film was animated, and we’re finishing it up, doing some stuff, and we both had a very similar reaction when we came in on Monday morning. It was sort of panic because it was like, “Oh My God, nobody left the theater!”

We stayed for the entire “Guardians of the Galaxy” and everybody stayed through the credits for the Howard the Duck scene. And we weren’t doing that with Big Hero 6. We didn’t have one.  We both came in on Monday morning a little panicked and we had a quick conversation. We always thought it would be funny to do something with Fred and his dad. So Chris went away and storyboarded and came up with the underwear call back. We pulled our producer in, and at this point hardly anybody left on the show.

CHRIS: We were winding down.

DON: We grabbed some people and the most amazing thing about this sequence is, we kept it from the crew. We took just essential personnel, a team of maybe 20 people, sworn to secrecy. We all had codenames. And we actually managed to pull that off. We actually managed to keep it a secret from the Crew until the Wrap Party. They didn’t know and it was awesome.

CHRIS: We always had Stan Lee in the painting that we passed by. That was a given. But it wasn’t until very late in the game that we decided we needed to do more. And it was really great to meet and work with Stan Lee.

How did you come up with setting the story in San Fransokyo?

DON: That decision happened right after John picked Big Hero 6. I had a meeting with the Marvel guys and communicated that to them and they were super thrilled. But they said, “Don’t worry about setting this in the Marvel Universe. You don’t have to worry about The Avengers or Iron Man. We just want to see what you do with it and create your own world.” It was really encouraging for us. We wanted to keep the Japanese aesthetic from the comic book because essentially, it’s a Japanese Super Hero team. And Marvel Universe is the real world. New York is New York and Tokyo is Tokyo. I wanted to keep the Japanese aesthetic from the Marvel comic but mash it up with a city that would be very recognizable like San Francisco because of the Golden Gate Bridge and cable cars.

CHRIS: For our boss, John Lassiter, world building is really important. Part of the experience for the audience is being told a great story but another part is being taken to a world where you’ve never been, and it’s been a big part of Disney history as well. So we love that idea of creating a world that is unique that the audience would love to go to and I think we achieved it with San Fransokyo.

DON: I knew it would be an easy pitch. I mean, let’s be honest. John lives in San Francisco and he loves Tokyo.

How has working on Big Hero 6 been different from anything else you’ve ever worked on?

CHRIS: It was just really ambitious. I think the number of characters, the size of the world, technically, it was incredibly challenging. But I think there was also a choice made form the very beginning that we were going to attempt to reach a depth of emotion with this film that was pretty deep. We work with hundreds of really talented artists who are so invested and they give everything they have, and they give years of their creative lives to this one thing. We achieved it with them and I’m really proud of what ultimately came together. 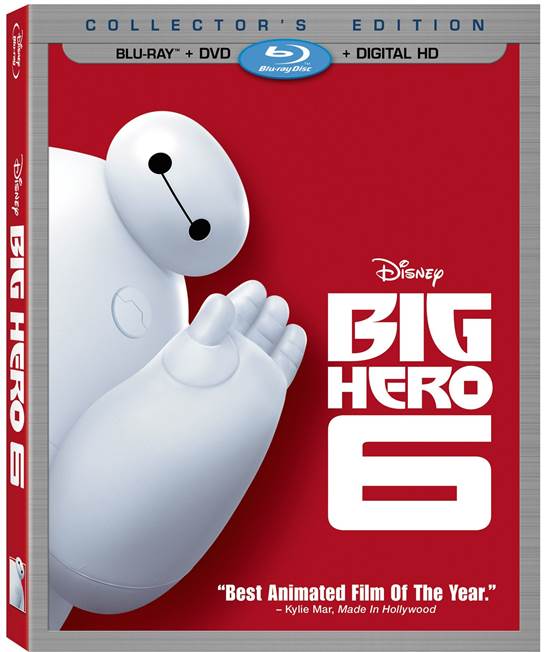