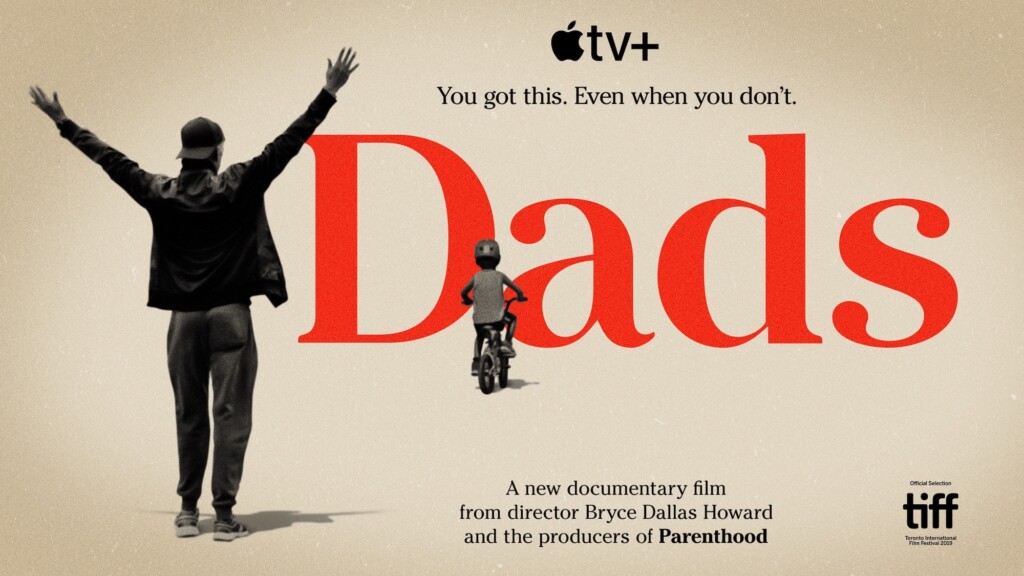 Bryce Dallas Howard schooled us all. The impossible-not-to-like actress got her dad the ultimate Father’s Day Gift: Dads, her own film hitting Apple TV+ on June 19.

Making her directorial debut, Bryce put together the heartwarming and hilarious documentary to truly celebrate all that is fatherhood. The core of the film centers around six very different fathers from around the world sharing their stories about being a dad. From dirty diapers to heart-wrenching moments of parenthood, Dads covers it all and mixes in celebrity pops for good measure.

It all makes for a load of touching moments, particularly when Bryce’s own dad, actor-turned-award-winning-director Ron Howard, gets in on the fun. Bryce even mixed in interviews with Ron, her grandfather, and her about-to-be-a-dad-for-the-first-time brother Reed Howard. 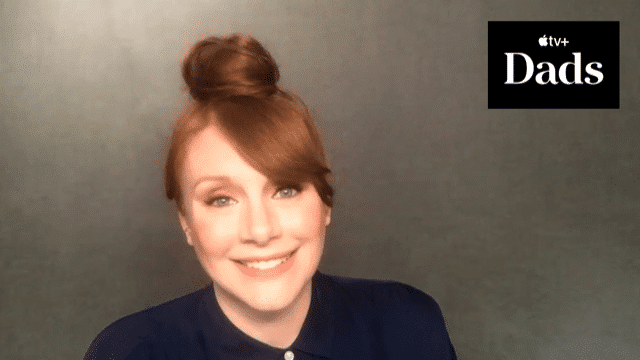 Recently, I was lucky enough to be part of a select group of bloggers invited to a roundtable discussion with Bryce about her new film. I was really excited to take part in this one for a number of reasons. First off, Bryce isn’t just the redheaded actress from the recent Jurassic World movies, she also played Gwen Stacy in Spider-Man 3!

Additionally, I interviewed her dad back in 2018 at the  SOLO: A Star Wars Story Red Carpet premiere. Ron Howard was one of the nicest, most down-to-earth celebrities I have ever met. And while he was there to promote his own film SOLO, he didn’t miss a chance to push his daughter Bryce’s film Jurassic World: Fallen Kingdom. Always the proud poppa.

You can view the entire roundtable discussion with Bryce right here:

The first thing I took away from my interview with Bryce is that she’s as unbelievably sweet and honest as her dad. With an infectious laugh, Bryce didn’t hold back at all when sharing stories about her family, including the fact that her parents filmed her own birth (and her siblings’) right down to the actual uncensored moment of being born. Definitely not your typical home movies for sure.

As a mother, Bryce Dallas Howard had a number of big aha moments from the making of Dads. Her biggest takeaway? “It was just obvious to me that there is no right of passage for a man who is becoming a father,” she said.

“It is the biggest event that can happen to you in your life other than your birth or your death. Why is there no acknowledgment? You are just as involved as the mother and there’s a baby shower for the mother. And having been through it, that’s a very important moment. It’s a community saying, we are holding this space for you and we share your vision to have a family and we’re going to be there for you.” 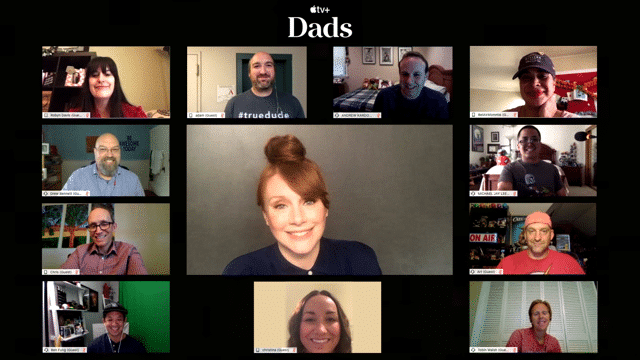 Besides eliciting loads of laughs, Dads is full of heartwarming stories from regular dads to celebrity dads to Bryce’s own brother Reed who shares his terror of not knowing what to do once the baby is born. Every dad may seem different on the surface, but we’re all in this together and all share the same desires and fears as every other dad.

In the end, Bryce really just wants viewers to leave with one thing: gratitude.

“For the folks who have or had functional dynamics with their fathers,” she said, “I want them to feel grateful for their dad. They should be celebrating their dad. And I hope for men who are currently fathers of children, feel proud of themselves. Feel encouraged. And hopefully see something that inspires them to rise to the occasion as a parent in the way in which all of these dads do.”

Now I need to go find a whole new Father’s Day present for my own dad. I just don’t think a tie is going to hold up anymore. 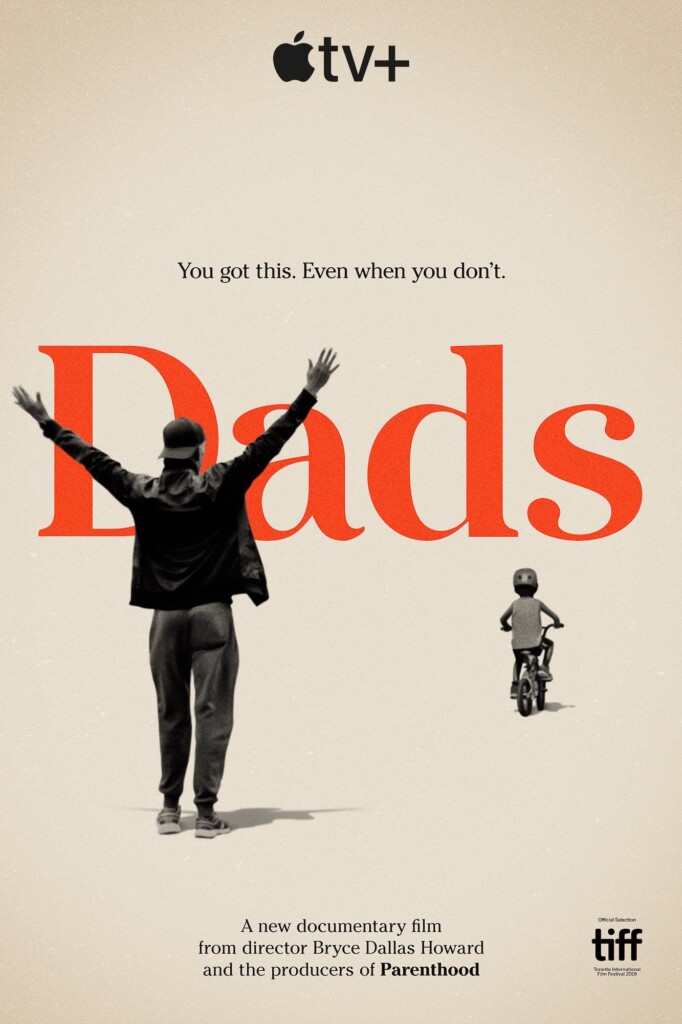