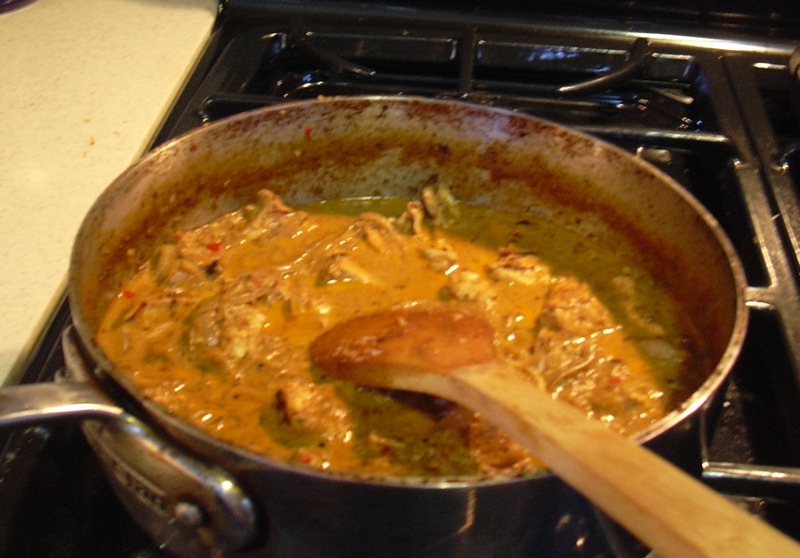 This featured post was brought to you by Jarred. He recently visited India and has come back with plenty of useful information that he is hoping to pass onto people that are interested in visiting the country.

The dish, or at least the root of the dish, hails from Punjab, where ghee, cream, and dairy products in general, make up a vital cornerstone of the traditional diet. As for the exact iteration of the chicken tikka masala/butter chicken we know and love today, the origins are less certain. Some believe hotels in Punjab, perhaps in Amritsar, perhaps in Chandigarh, developed the dish to placate the palates of expats and foreigners. Others believe that the dish is British in origin; indeed, chicken tikka masala has been voted “Britain’s National Dish” in the past.

Whatever the case, what matters most is that this iconic marriage of tender chicken morsels and a rich, savoury sauce is a gateway of sorts. A portal to more adventurous tastes on India’s regional culinary spectrum.

That’s nothing to scoff or sneer at either. So what if butter chicken is the sushi or pad thai of Indian cuisine? When made right, it’s utterly addictive. Here’s how to do it properly at home.

Note: this recipe is adapted from Heston Blumenthal’s Chicken Tikka Masala recipe from the In Search of Perfection television series and cookbook. It produces brilliant results but requires patience and careful execution.

For the yoghurt marinade

For the masala sauce base

For cooking the chicken

For the finished dish

Make small incisions in the chicken thighs and thoroughly coat with the rub ingredients. Cover and refrigerate for five hours.

Preheat the oven to 130C. Prepare a garam masala by combining all the spices and the bay leaves. Scatter the mixture over a large baking sheet and roast for 1-11⁄2 hours, shaking occasionally. Let cool. Grind ingredients to a powder. Melt the ghee in a small saucepan over a medium heat. When it starts to bubble, whisk in all the chickpea flour until fully incorporated. Continue whisking for one minute to cook the flour. Remove from the heat and allow to cool. Place a small frying pan over a medium heat. Pour in the oil, then add the chilli powder. Fry for 2-3 minutes, then leave to cool. Tip the yoghurt, chilli/oil mixture and ground fenugreek leaves into a large bowl. Add 10g of the garam masala and the chickpea flour roux. Stir to combine. Remove the chicken from the rub and brush off most, but not all, of the ginger-garlic mixture. Place the chicken in the yoghurt marinade and toss to coat thoroughly. Cover the bowl and place in the fridge for ten hours.

PREPARING THE MASALA SAUCE BASE

Put the toasted spices in a small muslin and place in a small pressure cooker with the water and tomatoes. Put on the lid and place over a medium heat. Bring to full pressure, then cook for 20 minutes. Set aside to cool. Place the tomato mixture back on the hob. Cook over a high heat, stirring frequently, for 10-15 minutes, or until the sauce has reduced by half. Discard the bag of spices. Strain the tomatoes through a sieve. Melt the ghee in a large saucepan over a medium heat. Add the chilli powder and fry for 2-3 minutes. Add the onions, ginger and salt and cook until soft and golden. Stir in the tomato purée and cook for 2-3 minutes. Add the strained tomato sauce and cook for ten minutes, stirring constantly. Turn the heat down to low. Add the garam masala, fenugreek seeds and turmeric, and simmer for five minutes. Allow the sauce base to cool while you cook the chicken.

Heat the masala sauce in a pan. Add the yoghurt and a desired amount of coconut milk and very gently simmer together for 1-2 minutes. Add the pieces of cut chicken and simmer very gently for ten minutes. Fold in the butter and some cashew butter to taste. Adjust the seasoning if required. Serve with basmati pilaf and/or naan.