It’s become a bigger deal lately. We recently moved so we’ve been unpacking like mad the past few weeks. That means I’m finding way too much cool stuff that I forgot I had. One of which was an old report I had done in school about video games.

It had some serious analysis in it based on a cool survey I had created and handed out to my friends asking what their favorite arcade games were at the time. Pac-Man and Donkey Kong were pretty much the leaders of a rather tight pack.

Anybody else remember these super cool things? I used to buy pacs, er, packs of them all the time at local convenient stores and delis. I can’t remember if they included a stick of gum like baseball cards used to, but almost everything back then did.

I did some digging around online and found a bunch of great sites  (Like Bubbledog.com) showing off these stickers and that just opened the floodgates big time. 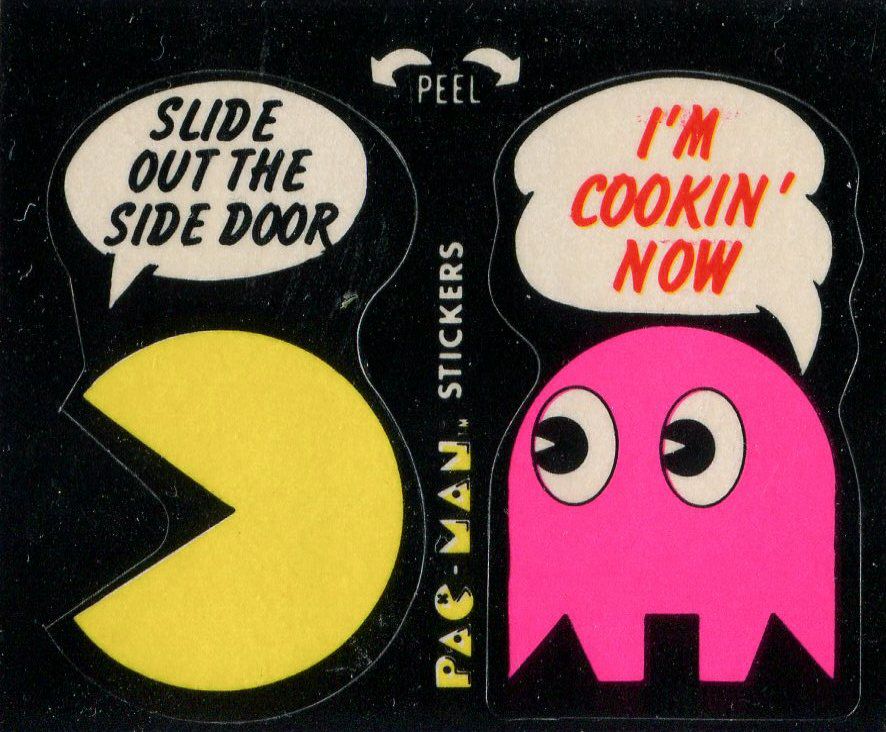 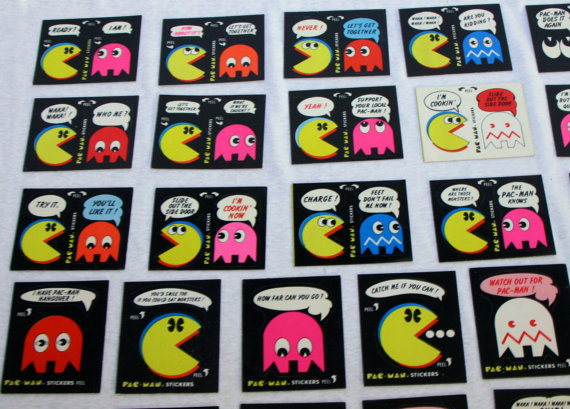 Source: House of Awesome on Etsy 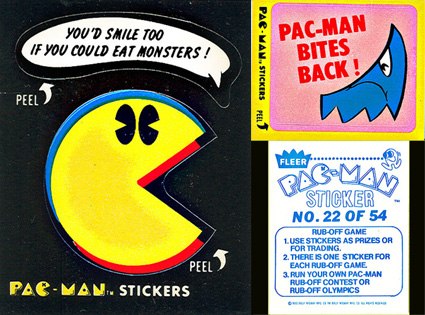 And then there were these amazingly awesome special cards randomly inserted into some packs. It was a basic scratch-off game but you’d go around collecting dots, blue monsters and cherries, until you uncover 3 ghosts. Then the game’s over and you add up your points. This was THE coolest thing ever made… well, at the time, that is. 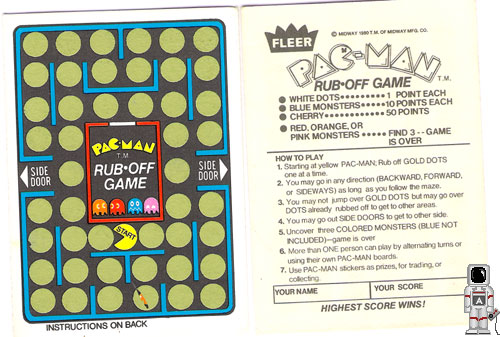 Any one else remember collecting these bad boys?