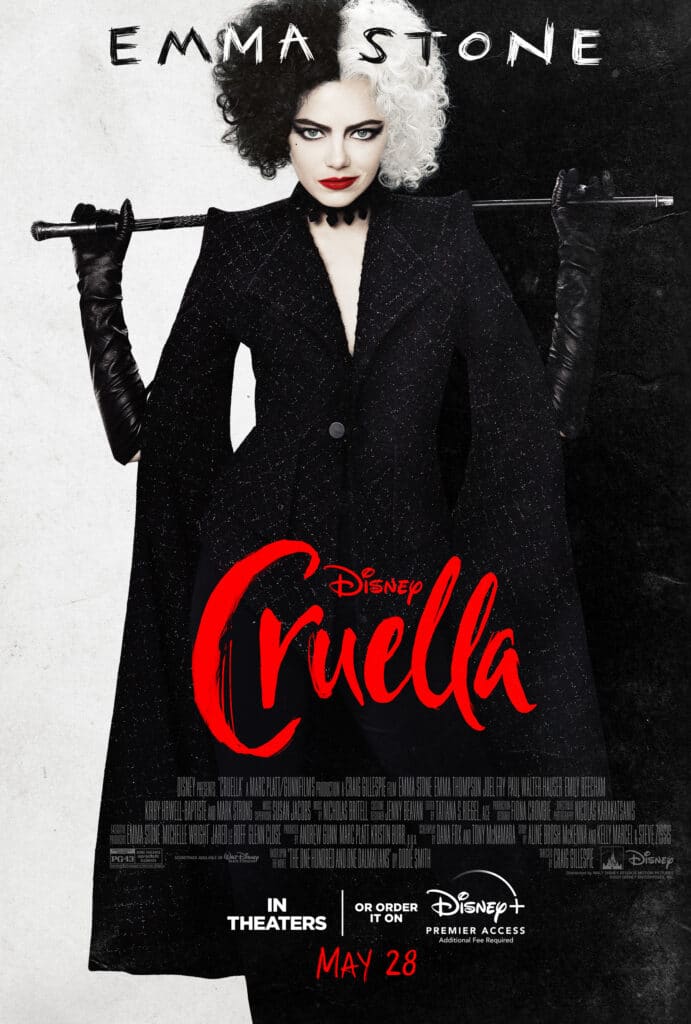 What Wicked did for that witch from the west, Cruella achieves for Disney’s puppy-loathing villainess.

Hitting theaters and Disney+ with Premier Access on Friday, May 28, Disney’s latest live-action film offers up the secret origin of 101 Dalmations’ baddest baddie.

The Story of Cruella de Vil

Set in 1970s London during the punk rock revolution, Cruella tells the story about the rebellious early days of Disney’s most notorious (and most fashionable) villainess, Cruella de Vil. Without giving too much away, the main story follows a young, clever girl named Estella who’s sole dream is to become a world-famous fashion designer.

After befriending a pair of young thieves on the streets of London, Estella embarks on a life of adventure and mischief. That is until her love of fashion catches the eye of the uber-popular fashion legend Baroness von Hellman.

As powerful as she is popular, The Baroness is intrigued by Estella’s unique sense of style and flair. The fashion legend’s relationship with Estella begins to take an interesting turn, however, resulting in Estella embracing her wicked side and transforming into the wild, fashion-obsessed, revenge-bent Cruella.

I can’t say anymore without giving certain details away, but I will say that the entire story of Cruella was both fascinating and brilliant. Her character’s growth from precocious little punk to fashion-crazed villain makes complete sense. In fact, you even find yourself rooting for her along the way.

My favorite parts were all of the different schemes Estella (and Cruella) pulled both as a child and as a revenge-driven adult. The lengths she goes to in order to pull them off is incredibly impressive.

Of course, she can’t do it all alone.

Every good villain (or villainess) needs a good sidekick. Or two. And Estella has her pals Jasper and Horace to not only help her survive the streets growing up, but to pull off heist after heist.

Shockingly, there are even a few dogs around her that get in on the fun. Wink, a little pipsqueak of a pup, easily steals the show. Among other things.

Jasper and Horace are so much fun to watch. The skinny and hefty duo add comic relief for sure but also do a fabulous job of showing off the true value of friendship. Why would a bunch of hoodlums stick around with their mean, insulting, wicked leader? It all makes perfect sense.

Emma Thompson does a fabulous job of playing the devastingly chic and terrifyingly haute Baroness. It’s not easy to bring a fashion icon to life, especially one who makes the likes of Cruella de Vil look like puppy dog.

And then there’s Cruella herself. I’ve yet to see a movie or character played by Emma Stone that I didn’t enjoy.

There’s just something so incredibly likeable about the actress, and perhaps that’s also why you quickly find yourself pulling for Estella/Cruella throughout the film. Just as her hair is equal parts black and white, Cruella’s character is anything but pure evil. (Not that she’s pure good by any means.)

It’s obvious Stone had a blast bringing the future puppy hater to life. Her mischievous nature and that “Oh you are so going to get it” glimmer in her eyes just gets wilder and wilder as the movie progresses.

Let’s not forget the soundtrack.

The Doors. Queen. Blondie. The Clash.

Um, this is a Disney movie, right? Right.

Definitely one of the more out-there soundtracks you’ll ever hear in a Disney movie, the music plays a major role in the film. You could almost say the soundtrack itself is yet another character.

The punk style of the ’70s certainly comes to life with a lot of help from the fashion and the music. Even the new original song “Call me Cruella” performed by Florence + the Machine fits in seamlessly. Not since Frozen went and “let it go” has there been a Disney film that’s guaranteed to have the audience (especially the parents) humming and singing along.

I’m a huge dog lover. Always have been. And that means I’m also a sucker for a good canine-filled film.

Lady and the Tramp. 101 Dalmatians. The Fox and the Hound.

While I can’t recall the last time I watched Pongo and Perdita care for their massive litter of pups, a lot of that story did come back to me as I watched Cruella. In fact, right after the credits rolled, I wanted to hop right into watching 101 Dalmatians. The story practically flows from one movie to the next.

Oh yeah, you definitely need to sit through the credits for an extra scene that reveals even more about the future of these characters.

I didn’t know what to expect when I started watching Cruella but the result wasn’t anything I could have ever imagined. Somehow Disney pulled it off once again and Cruella gives the puppy-hating villainess a worthy backstory that has you rooting all the way for the foul-tempered fashionista.

The crazy story twists, over-the-top schemes, larger than life characters, fabulous acting and a killer soundtrack all combine to make Cruella a clear winner on the Big Screen. In fact, I’d go so far as to say: Cruella Wins Best in Show. 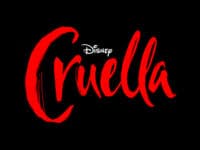