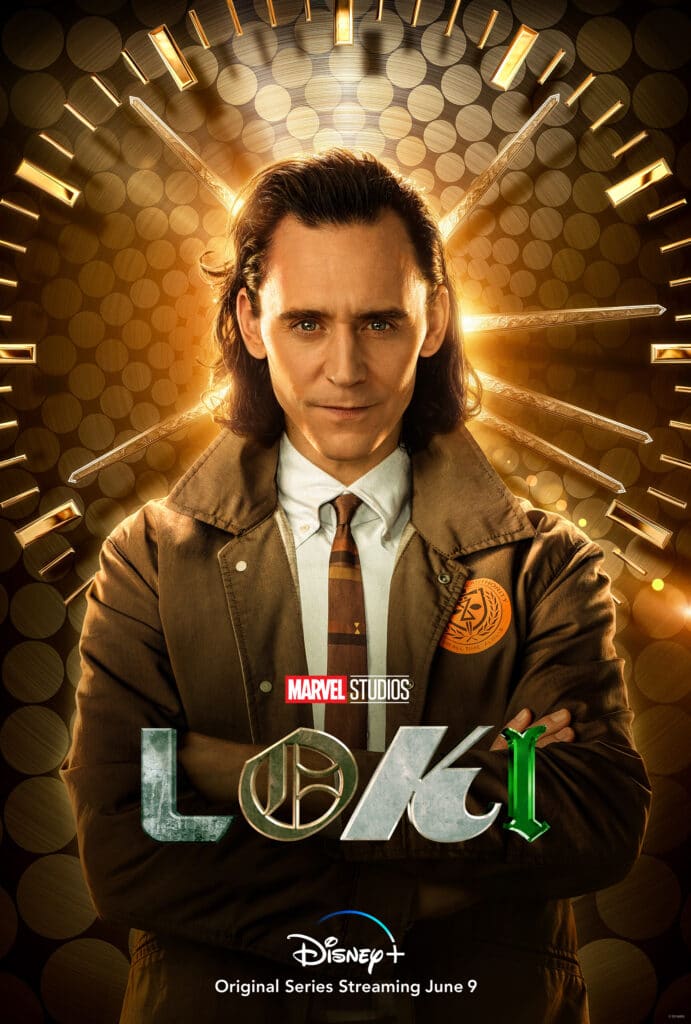 He’s the God of Mischief. The Black Sheep of the Family. The Hulk’s plaything. His name is Loki and he’s coming to a Disney+ screen near you.

Marvel Films continues its storytelling magic on the small screen, following up Wandavision and The Falcon and the Winter Soldier with Loki, debuting on Disney+ this Wednesday.

Picking up directly from his disappearing act in the past in Avengers: End Game (thanks to the clumsy fight that ironically places the Tesseract at the Asgardian’s feet), Loki sees our anti-hero take on a rather unusual adversary.

While still catching his bearings after a quick exit from the main timeline in the past (your head hurt yet?), Loki comes face to face with none other than the Time Variance Authority (TVA).

Apparently, these guys are like the FBI of time crooks or rather anyone who does something real wonky to muck with the timestream.

You can’t have a series called Loki without, well, Loki. Reprising his role as Thor’s younger brother, Tom Hiddleston continues to shine as the villain you love to hate (or hate to love? or love to love?).

Seriously, Hiddleston doesn’t miss a beat. Heck, I could watch this guy recite the dictionary as Loki and I’d be on the edge of my seat.

How can you not love a guy who somehow realistically pulls off saying, “I am Loki, and I am burdened with glorious purpose”?

I’ve loved every minute of Hiddleston’s Loki throughout the Thor and Avengers movies, so it’s nice to see the talented actor get center stage for once. Just like always, Loki has some good in him but you just never quite know when he’s going to turn on you. You just know he will at some point.

Joining Hiddleston is Owen Wilson, who plays Mobius an agent for the Time Variance Authority. He’s on a case to track down one dangerous baddie and Loki plays a key role in the investigation.

Wilson is such a likeable actor to begin with, and his “aw shucks” regular-guy charm continues to shine through here as you never quite know if he’s playing Loki or if Loki’s playing him. One thing’s for certain, it’s insanely entertaining watching the two of them go at it.

A number of other key characters center around the TVA including hunters and a judge, not to mention the godlike Time Keepers themselves. 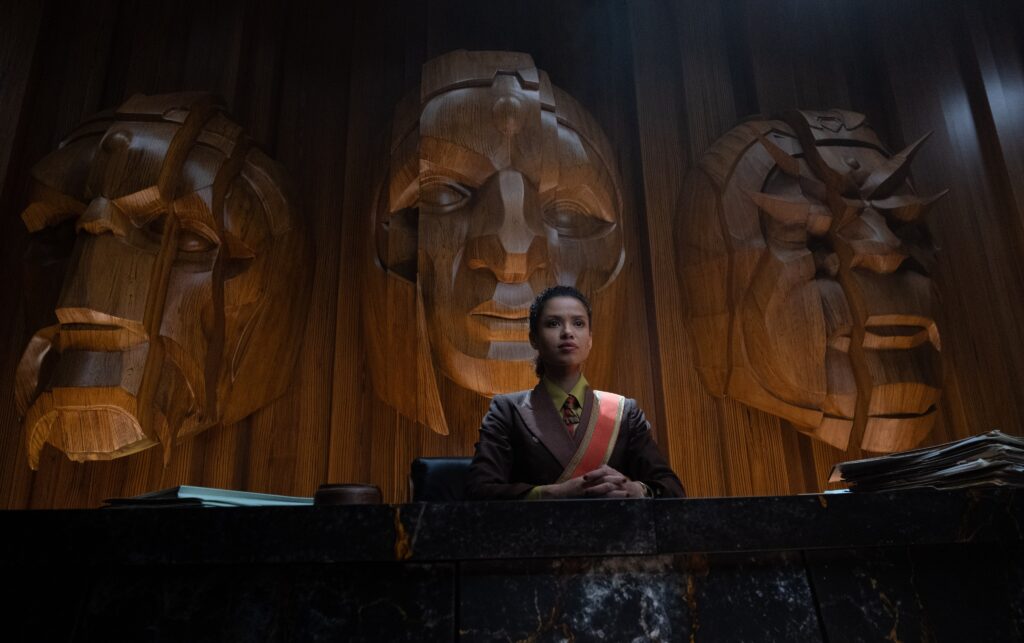 In terms of tone, to me, Loki most resembles the alien-conspiracy filled sci-fi show The X-Files. But with a lot more light-heartedness. It’s just this huge aura of mystery sprinkled with danger that gives me that feeling.

Perhaps it’s the music more than anything that sets the mood and reminds me of Mulder and Scully. Spooky with a real supernatural flair to it. The Loki title sequence, where the letters in the name change fonts and styles quickly, just evokes an otherworldly presence as well.

Whatever the case, the overall tone of the show is enough to peak anyone’s curiosity.

While the TVA’s main role is to protect and preserve the universal timeline (pretty much picking up where the Avengers left off in End Game), when Loki’s involved, you just know chaos and mayhem will follow.

Sure it’s going to be fun watching Thor’s little brother hop back and forth in time to key moments in history, I’m eagerly anticipating the end of the series.

No, not because I want it to end (quite the opposite), but because I know that next year’s Dr. Strange in the Multiverse of Madness movie is going to deal with massive multiple universes (possibly created from branches in the timeline). I’m betting that Loki’s somehow involved in setting that stage.

He just has to, doesn’t he? 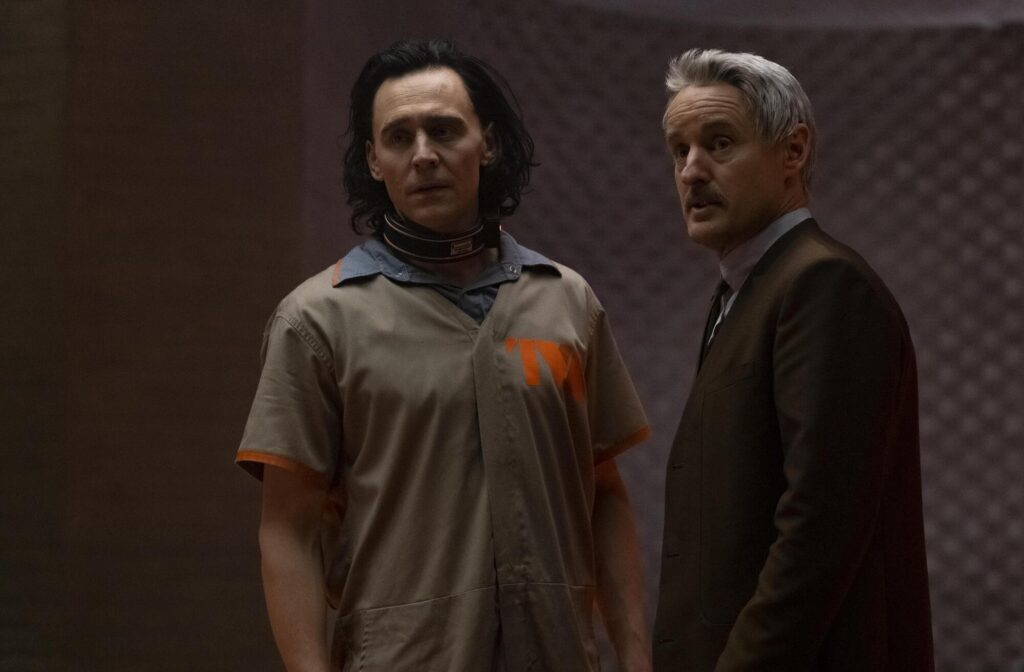 I’ve only watched two episodes so far of Loki (Thanks for the early screeners, Disney!), but I’m definitely enjoying it. I loved Wandavision and The Falcon and the Winter Soldier and currently, I’d place Loki right in between those two.

It doesn’t have the full-on action that Falcon had, but it certainly has the mystery and confusion that set the stage in Wandavision.

What Loki does have that the previous two series don’t, however, is time. Not just playing around with timelines, I mean overall time. The runtime per episode was over 50 minutes, giving the writers plenty of breathing room to really flesh out the story.

While episode 1 sets up the story, mainly putting all the pieces in place, it’s episode 2 that puts Loki fully center stage. Hilarious as always, the trickster keeps everyone (including us viewers) on their toes.

Chock full of humor, heart and spectacle, the six-part Loki premieres on Disney+ on June 9.

4 thoughts on “It’s About Time for Loki on Disney+”