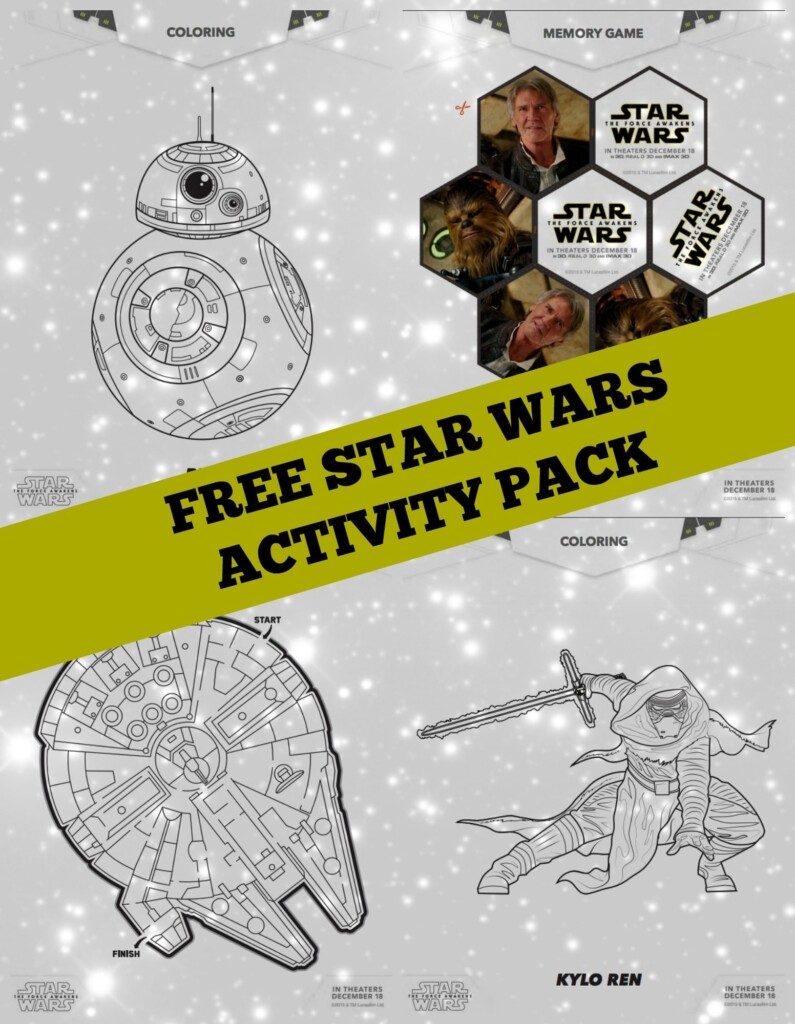 By now, I assume most of my readers have seen Star Wars: The Force Awakens. I’m embarrassed to admit it, but I have only seen it twice so far. I know, I know.

But there are only so many hours in a day and this thing called work keeps getting in the way. I’m hoping to see it for a third time soon, so don’t despair!

In the meantime, those spiffy folks over at Disney have cooked up a Free Star Wars: The Force Awakens Activity Pack for your kids! It’s chock full of coloring pages, games and activities like making your own bookmark, door hanger or control panel! And of course, it stars all the good and bad guys from the film.

Yep, there’s Kylo Ren. (Boo! Hiss!) Rey (Yay!) BB-8! Han Solo and Chewbacca. Even the Millennium Falcon gets in on the fun.

So while you’re sitting at home waiting for The Force Awakens to come out on DVD (or perhaps just waiting in line at the theater to see it again!), you can keep the Force alive with these free coloring sheets and activity pages!

Click the image below to open and then print a PDF file of the Star Wars: The Force Awakens Activity Pack! 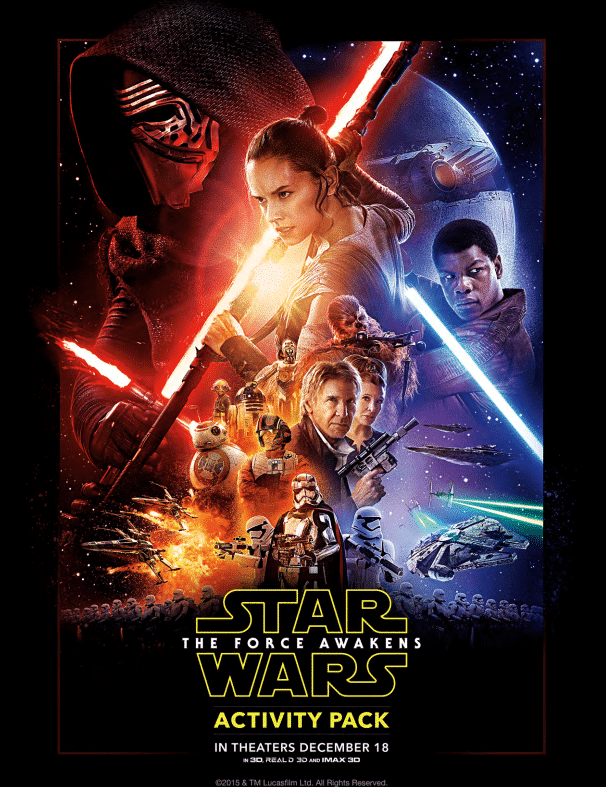