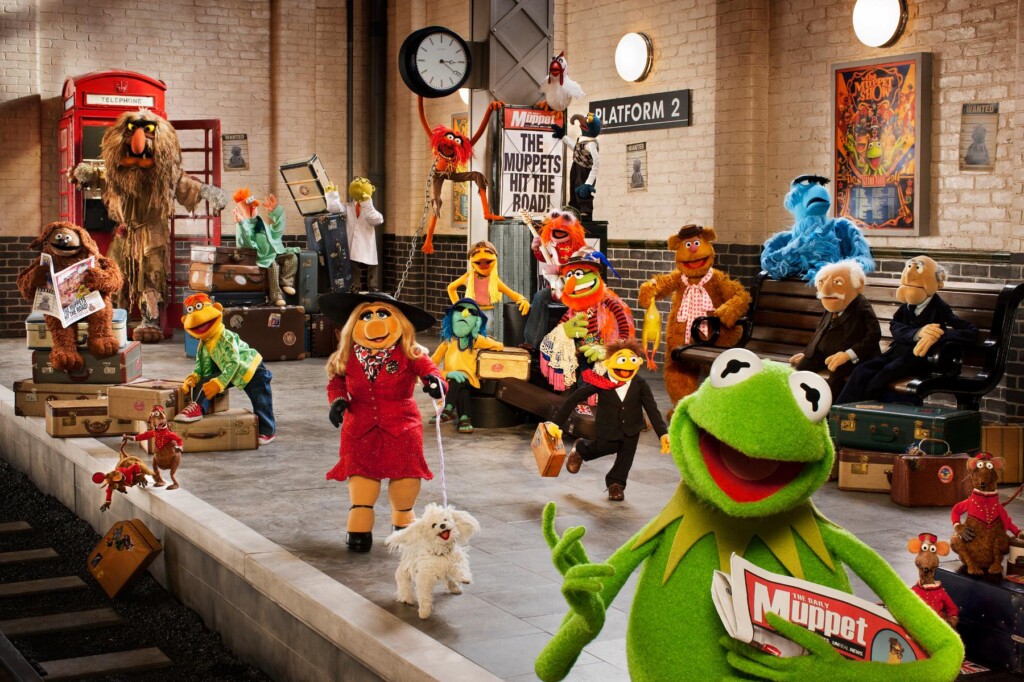 What I mean is, I’m a humongous Muppets fan. I gave up on Jim Henson’s furry friends for years after his untimely death, finding each new Muppet movie more painful than the previous one. And then, last year, The Muppets came out. And suddenly all was right with the world again. I literally saw rainbows and moonbeams and bunny rabbits everywhere I looked. I loved the Muppets… again.

And now, Disney has just released its first look at the sequel: The Muppets… Again! Scheduled for a March 21, 2014 release date, the new film sees Kermit and the gang going global.

Disney’s “The Muppets …Again!” takes the entire Muppets gang on a global tour, selling out grand theaters in some of Europe’s most exciting destinations, including Berlin, Madrid and London. But mayhem follows the Muppets overseas, as they find themselves unwittingly entangled in an international crime caper headed by Constantine—the World’s Number One Criminal and a dead ringer for Kermit—and his dastardly sidekick Dominic, aka Number Two, portrayed by Ricky Gervais. The film stars Tina Fey as Nadya, a feisty prison guard, and Ty Burrell as Interpol agent Jean Pierre Napoleon.

It’s going to be tough to live up to the hype in my mind after being so shocked by the recent film, but here’s hoping The Muppets can bring the funny again. And who knows, if this film’s even better than the last one, maybe a weekly Muppet Show revival on TV isn’t too far fetched?