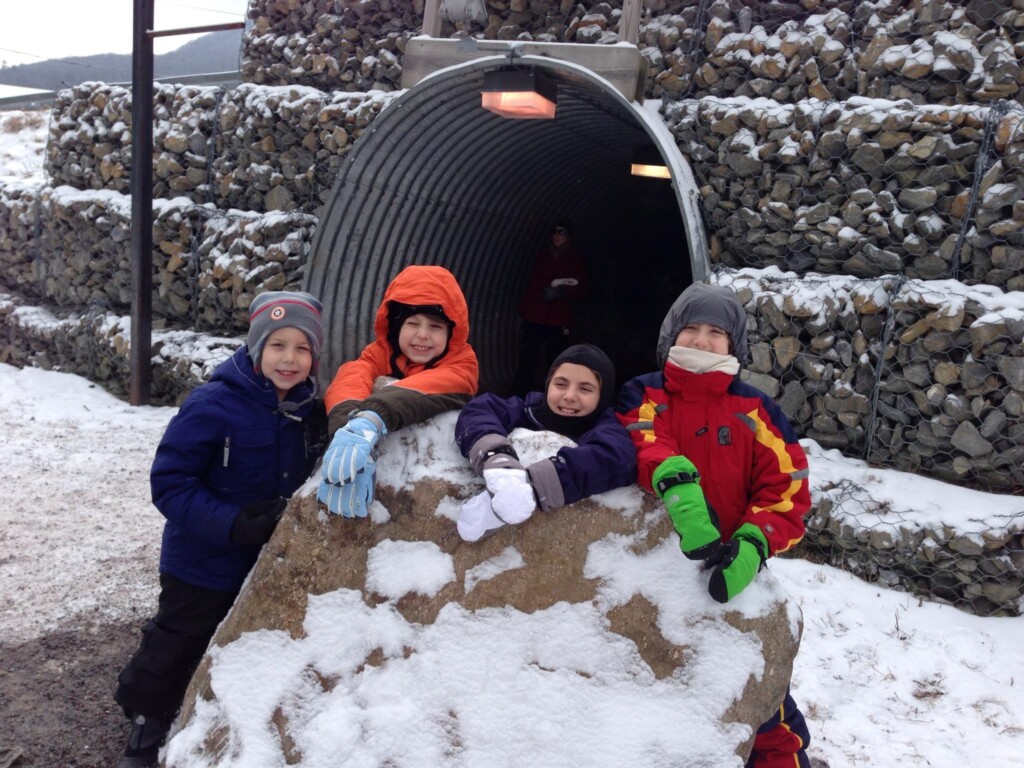 I’m not a skier. Shocking, I know. I’ve gone twice in my life and that’s more than enough.

The first time I skied was back in middle school and I had an awful time. I was decent at keeping my balance but I couldn’t stop or slow down for the life of me. So I’d go tearing down the basic hill in a straight line, picking up more and more speed. I’d eventually be going so fast, I’d just take a dive to stop myself. Eventually the ski patrol caught up to me, ripped my lift ticket and said I was banished to the bunny hill.

The second time, I went with my wife. Allie loved to ski and had gone a lot. We were both in college and I figured if anyone could teach me how to ski, it’d be my girlfriend. I’ll admit I was definitely better than the first time. I was able to turn slightly, but still not much. Allie was a trooper and put up with my pathetic attempts. And thus ended my skiing career.

Why am I talking about skiing? Because last weekend my family headed to Camelback Mountain in the Poconos, Pennsylvania. Allie’s sister owns a ski house right on the mountain and they invited us for the weekend. My brother-in-law David’s a mega skier and he was up bright and early out on the slopes before I even woke up on Sunday.

Even if you don’t ski, it’s such an awesome place. Their house was so comfortable and thanks to a ton of bunk beds downstairs, they can pretty much house an army! (And with all the rugrats in our family, they’ll definitely be used.)  The kids loved sleeping in bunk beds and Ryan loved playing with his dog cousins Daphne and Chase. Chase must’ve sauntered into our room at least a dozen times during the night while Allie and I were sleeping. I most definitely miss having a dog around.

It was incredibly peaceful just hanging out in their house as the snow was falling. Real quiet too. I can see how you can easily just spend all winter their relaxing on the couch, reading after a great morning of ski runs.

The one thing I did do, though, was go snowtubing. I’d never done it before, nor had anyone in my family. I have to say, it was a total blast. They had single and double tubes, so Ryan and I went together on one. The hill was fairly steep and thankfully, there’s a “people mover” type of escalator called a Magic Carpet that takes you and your tube all the way up the mountain.

I originally thought they’d just let us all go willy nilly down the mountain and it’d be chaos as people fall off their tubes left and right. But it was incredibly organized  just like a water park. Huge grooves were dug in the mountain so everyone had their own “lane.”

When I went down solo, I realized why I liked the double tube better than the single. As a single, it’s way easier for the tube to turn around, meaning you’re going rapidly downhill backwards! Scary but fun!

We saw lots of people linking up with 2 or 3 tubes together. It looked like fun and I declared we had to try it at least once. The entire family! There were seven of us tubing, so we all linked up and went down as one massive caterpillar of a family. I took up the rear and it probably had the most movement (like sitting in the back of a bus), so I loved it.

All the kids loved it too and I only wish the dogs could’ve joined us. Maybe next year! Thanks again to Melissa and David for an awesometastic weekend!

5 thoughts on “I Went Snowtubing for the Very First Time”