While Allie was off working this weekend, the boys and I spent some time in the playroom. It’s loaded with more toys than you can imagine. Or maybe you can, if you’ve got kids of you’re own…

We really need to clean out some of the games in there, since we still have a lot of older ones from when the boys were really little. But then again, we had a blast today playing Operation Hulk! It’s the same game as regular Operation, except it’s the Hulk full of different items, like my favorite being a small flag that’s called “Pun Banner.” 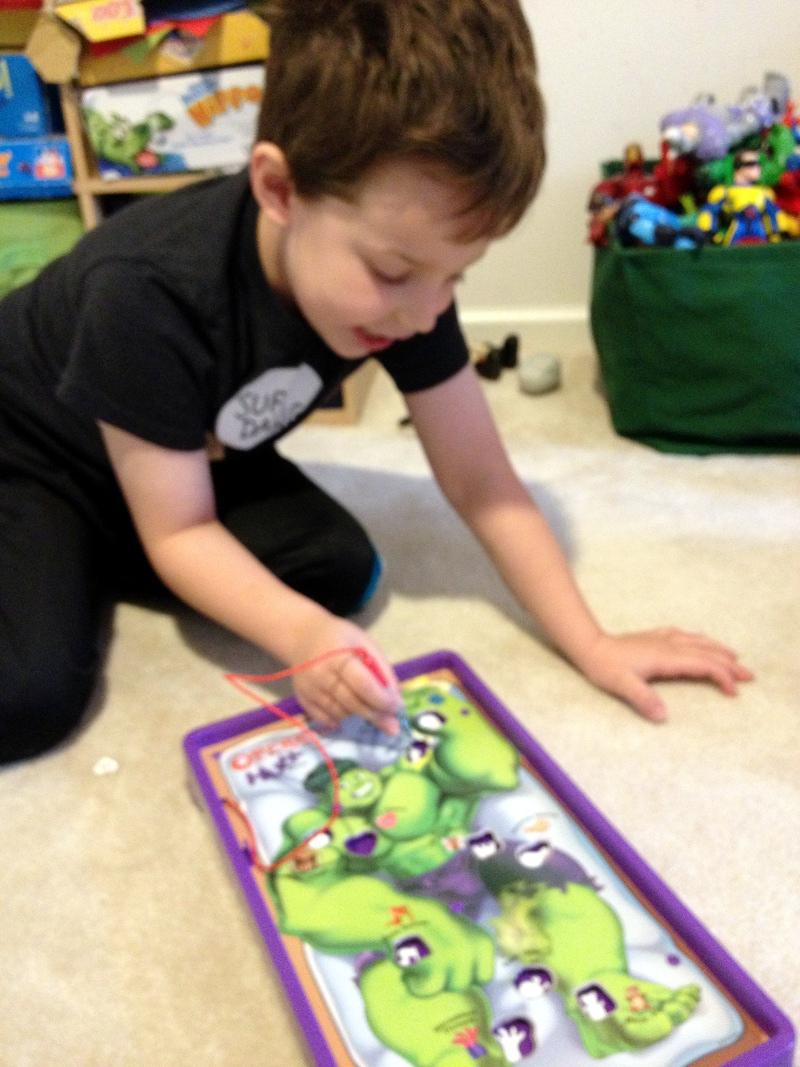 Instead of an obnoxious buzz when you touch the sides, though, the game actually talks in a semi-Hulk voice. I wish his nose would light up bright green, but other than that it was a hoot. 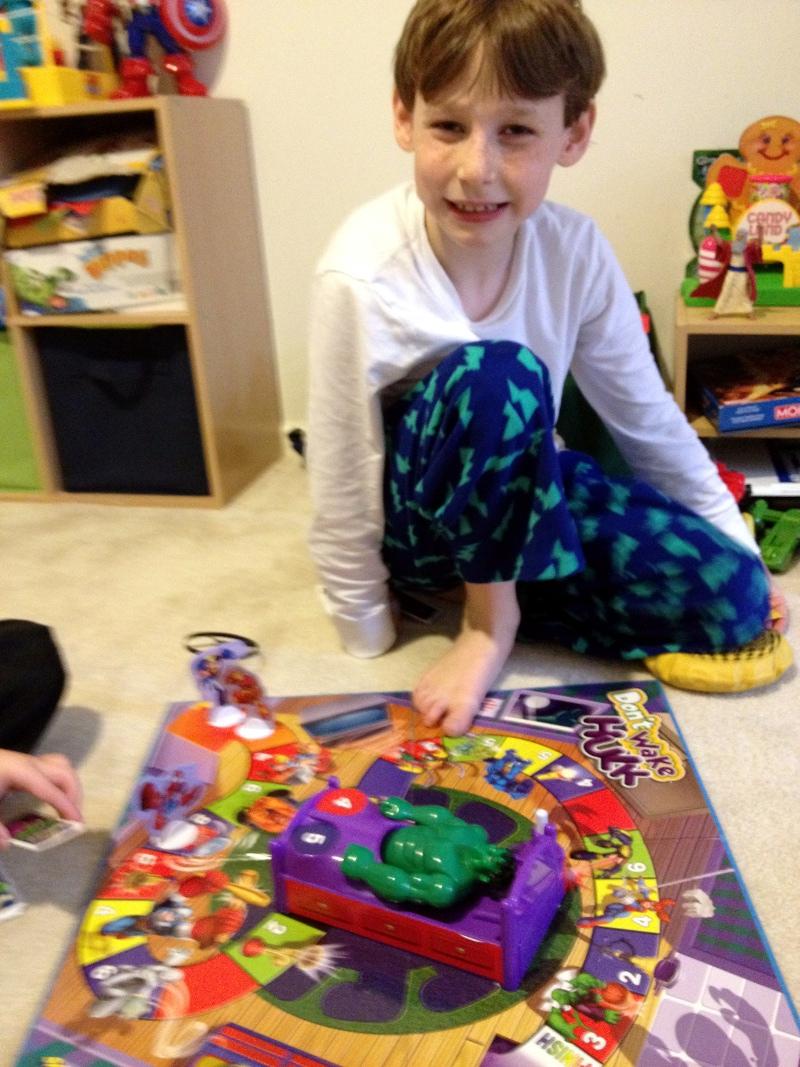 We then played one of my favorites: Don’t Wake Hulk, based on the classic Don’t Wake Daddy. I thought Candy Land was the most painful game in terms of never making it to the finish line… After 30 minutes, Jason, Ryan and I were still pretty close to the Start. That Hulk is one super light sleeper!

Also, I know who all of the characters in the game are, expect I can’t for the life of me figure out who that shadowy figure on the corner of the board is supposed to be. He’s coming out of the bathroom (Hulk’s bathroom. Now THAT’S scary.) Any comic fans have a clue?

7 thoughts on “It Was a Hulk Kind of Morning”