Two left feet. Yeah, that can describe a lot of guys out there when it comes to the dance floor. As for me? Uh uh. I’d be ecstatic to even have two left feet!

Dancing’s never been one of my strong suits. Which is probably why I hide under the table at weddings and bar mitzvahs when it comes to dancing. The Conga Line is about the extent of my skill level and even the chaotic Hora gets me nervous. I do like racing over to help lift the guest of honor in the chair, though. That’s not dancing, it’s just exercise.

So you’ll all truly enjoy the fact that I chose to participate in a campaign for the video game Just Dance 2015.

My kids have played some previous ones, so I figured if anything could help me bust a move, it’s gotta be a video game. So I figured it was time I put together a  Just Dance 2015 review for you guys.

The game setup itself is real simple. Up to five players can join in and, well, like the title says, just dance! There’s an all-new Community Remix feature that lets you use the in-console camera to record their moves and share it with the community. There’s even all sorts of online challenge modes so even if you’re all by your lonesome, you can still play against other gamers around the world. 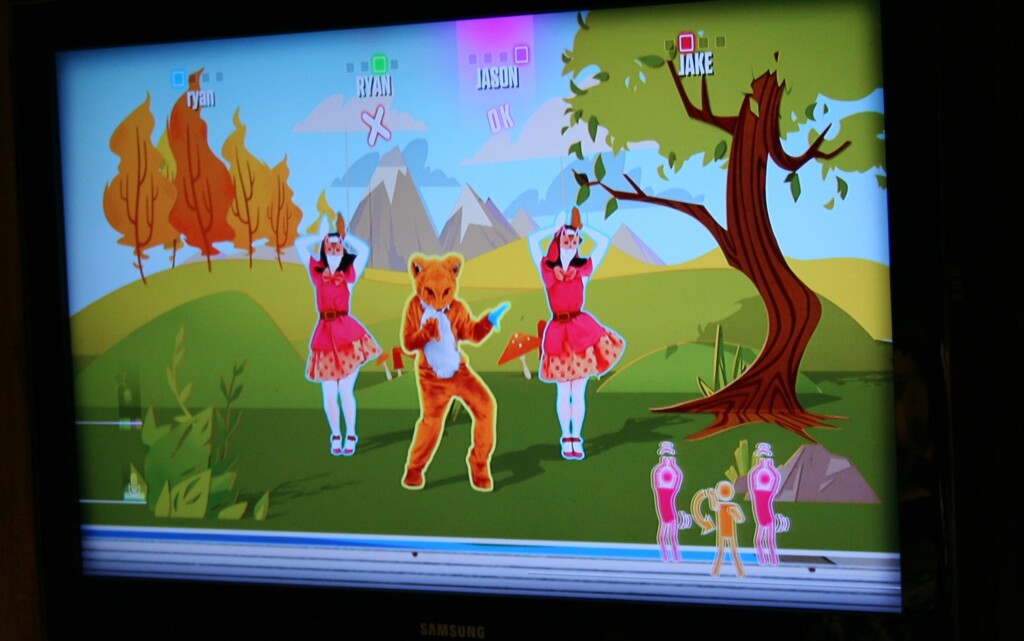 Just Dance 2015 features over 40 popular modern tunes, and yes, I even knew a few of them! The first one the kinds just had to play was everybody’s favorite… What Does the Fox Say?

What’s really neat about the game is that each song features different animation to help you along. The humanoid shapes at the bottom of the screen scroll across and show you what moves you need to do in order to score points. But you can also watch the characters on the main screen and mirror their moves.

Ryan’s friend Jake joined the boys as they tried to figure out what the fox does say, or at least how the fox dances. The trio also busted moves to Pharrell Williams’ “Happy” and then tried out one of the funniest/craziest things I ever saw. There was a song called “Tetris” by the Dancing Bros., and I believe it’s the digital instrumental tune from the Tetris game.

These four brightly colored folks didn’t just dance across the screen, they put themselves in the craziest combined poses ever.

I honestly couldn’t stop laughing as they tried to work together creating these insane shapes and patterns. This game is nothing if not entertaining!

Next up, I had to give this game a try. Like I told you, I’d gladly borrow someone’s left foot. Ryan and I decided to really put this sucker to the test by going all-out. Yes, we decided to dance to “Let it Go” from Disney’s Frozen!

Now, if you have daughters, it’s worth buying Just Dance 2015 for this one single song. Seriously. Go do it. You’ll thank me later. It’s actually really neat since an animated Elsa and Anna walk on to the screen and dance for you while “Let it Go” belts out from your speakers. 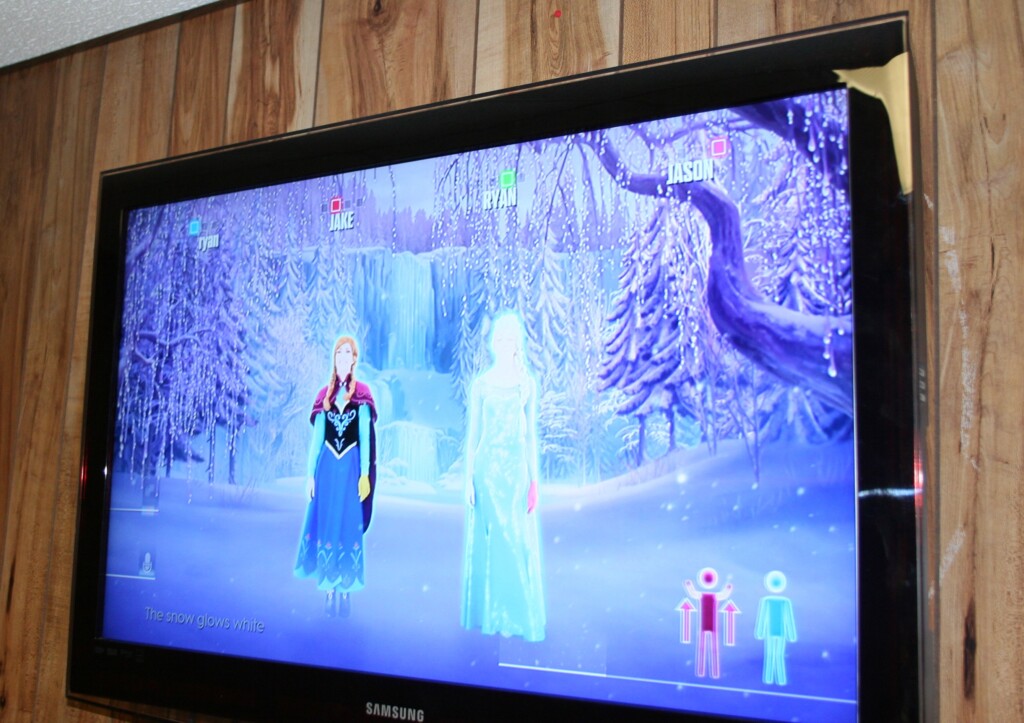 You’ll also see the words to each song in the lower left of the screen if you want to sing along. (Or if you’ve always wondered just what some of these folks are singing these days.)

Ryan and I got ready to just… let it go! And we did. Take a look and please, if you are pregnant or have a heart condition be careful watching this. It may be just too much for you to handle.

I think with a little practice, I may get the hang of it, though!I’ll tell you one thing, it’s definitely a great workout. I danced to just one song and I was about to break a sweat!

Now, besides getting kids (and uncoordinated adults like me!) up and off the couch to secretly get some exercise in, the game creator folks at Ubisoft are teaming up with Stomp Out Bullying to show people all around the world that “it’s okay to dance to your own beat!” And after seeing my feet in action, I can’t think of a more appropriate message than that! 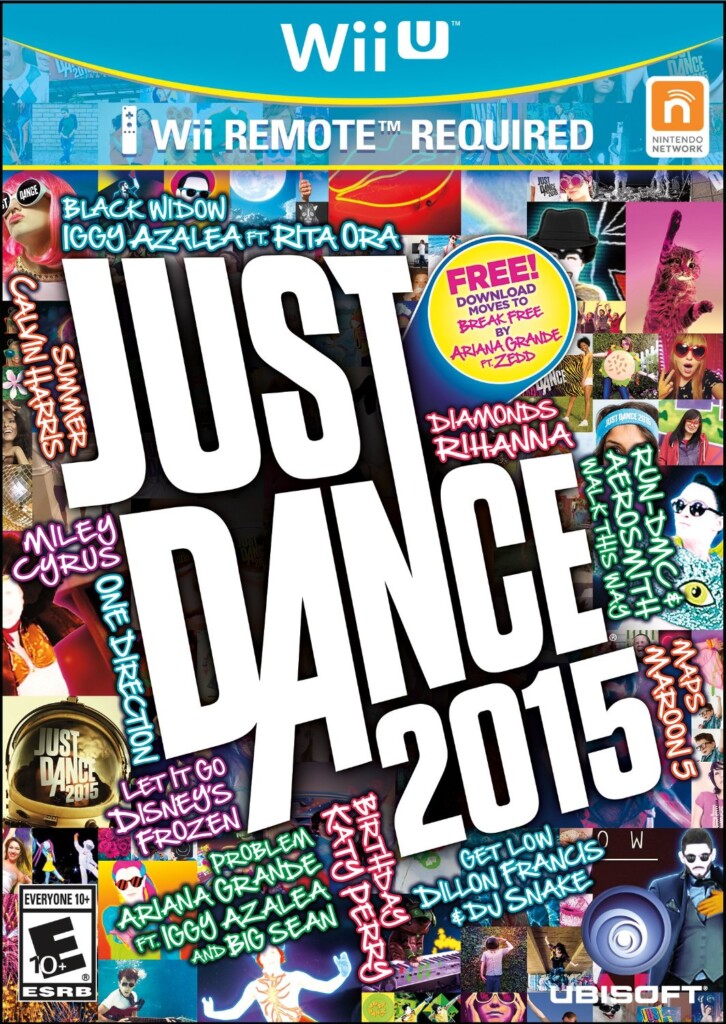