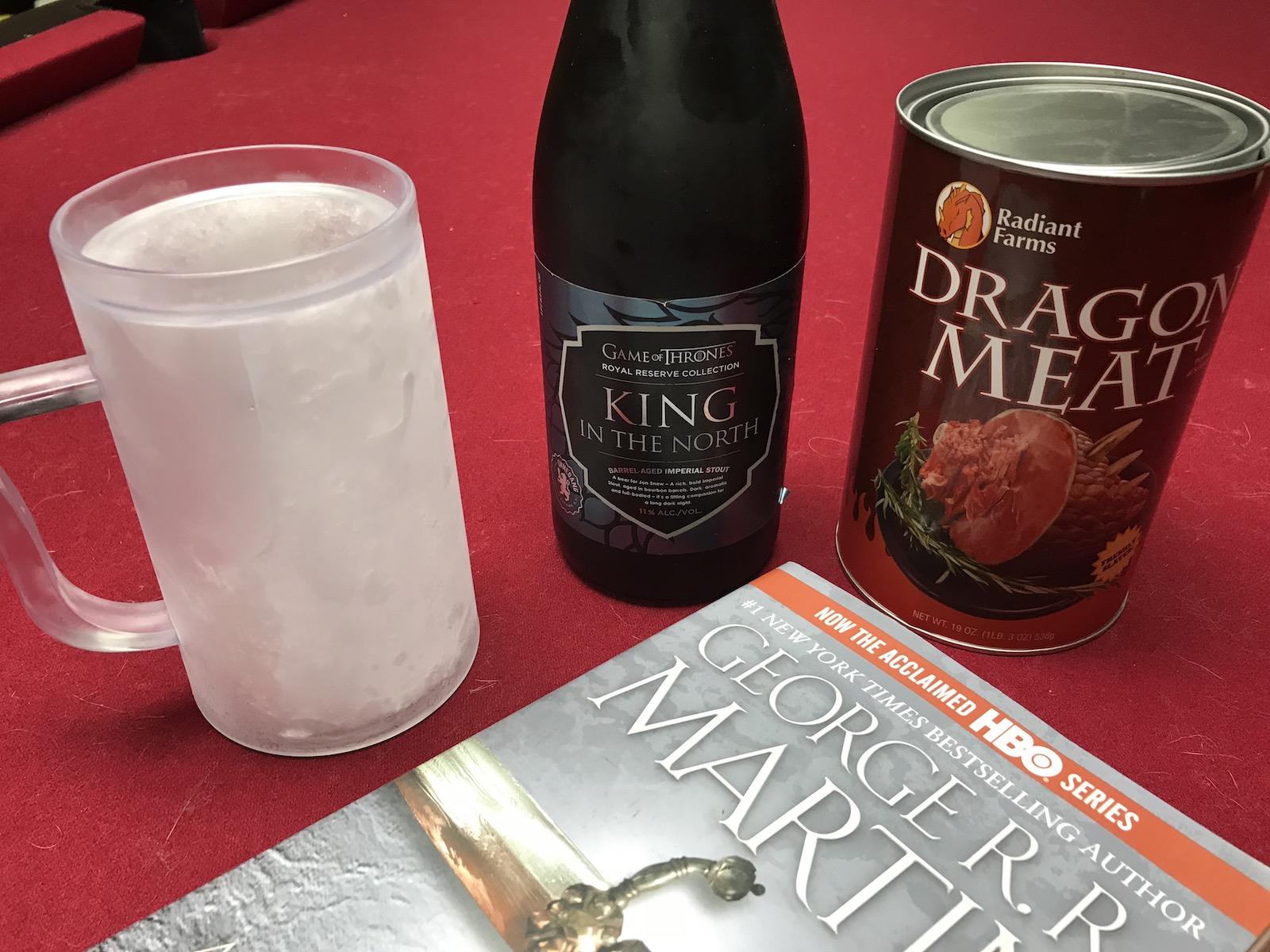 Winter is coming… and it’s quite delicious! Yes, Brewery Ommegang and HBO have joined forces to release the latest Game of Thrones-inspired brew: King in the North.

You don’t need to be freezing your bits off up at The Wall to enjoy this one. But any beer that’s named after our hero Jon Snow has got be good! This barrel-aged imperial stout is now available at the Brewery Ommegang in Cooperstown, NY, as well as on draft and in 750ml bottles. 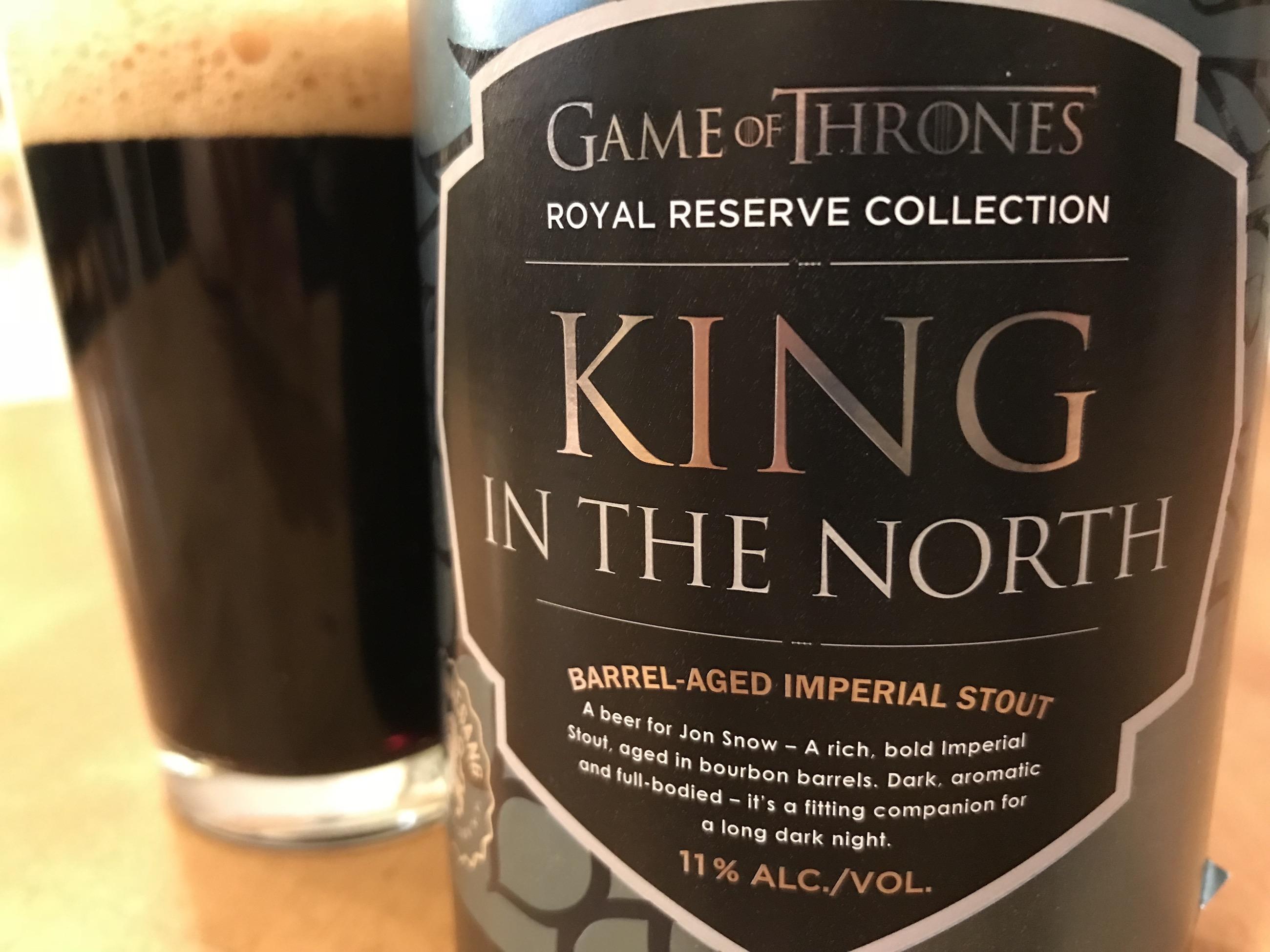 One cannot partake of a Game of Thrones brew by oneself. So I enlisted my brother in arms Eric to join me for a pint or three. He wasted no time in clearing his schedule for our meet. 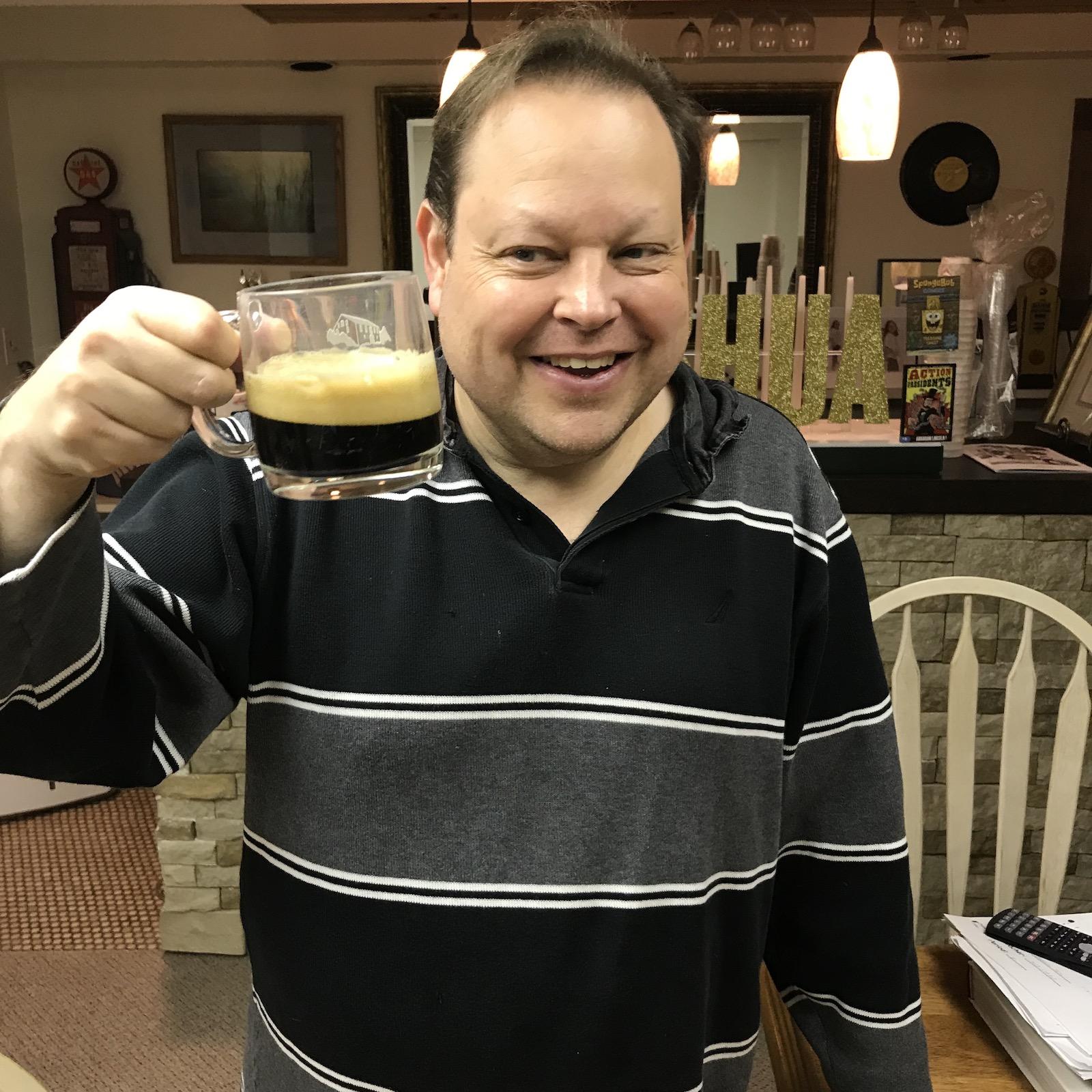 Pay no attention to the mug for tis true size matters not. 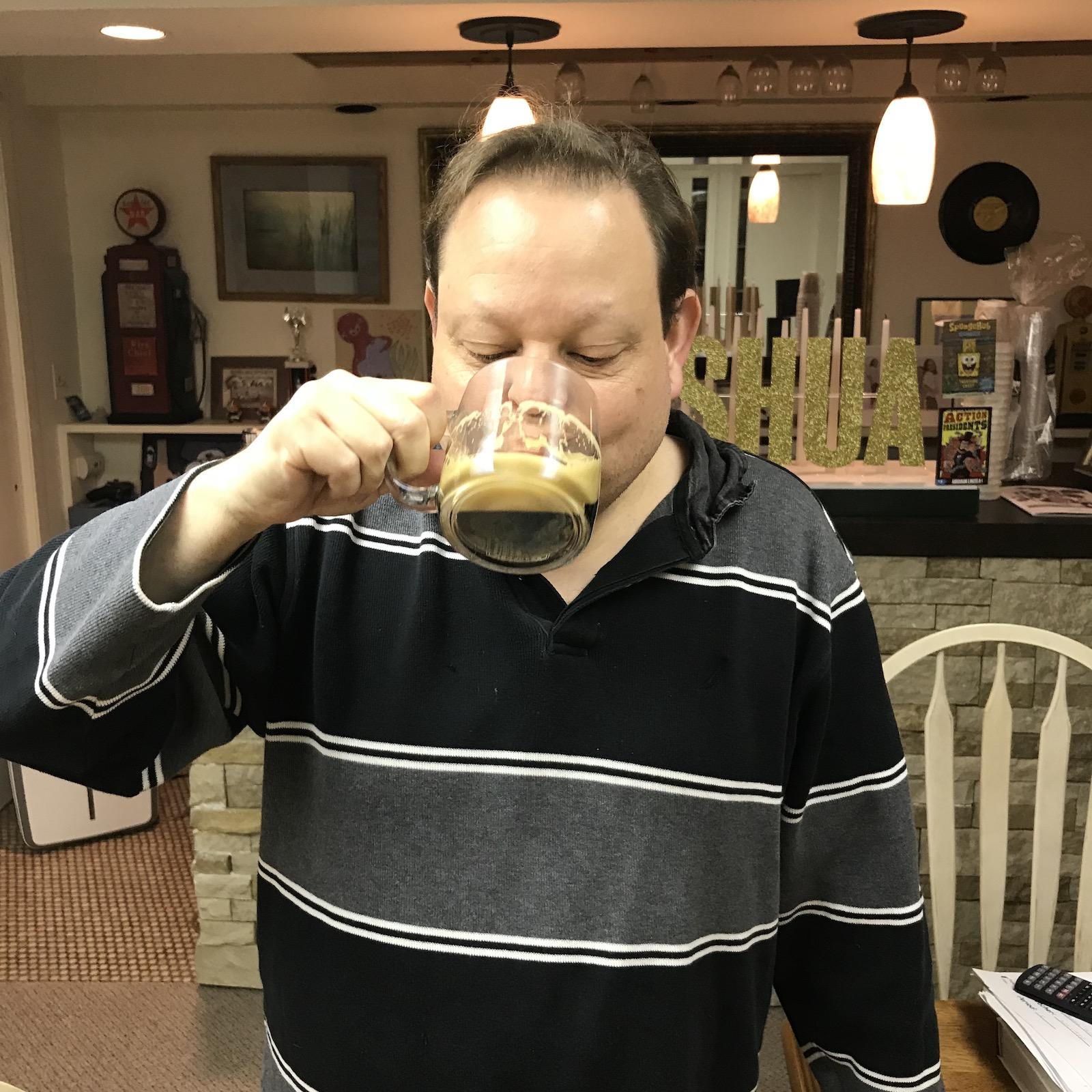 Eric of House T threw back a swig of King in the North like a true soldier born of Winterfell. 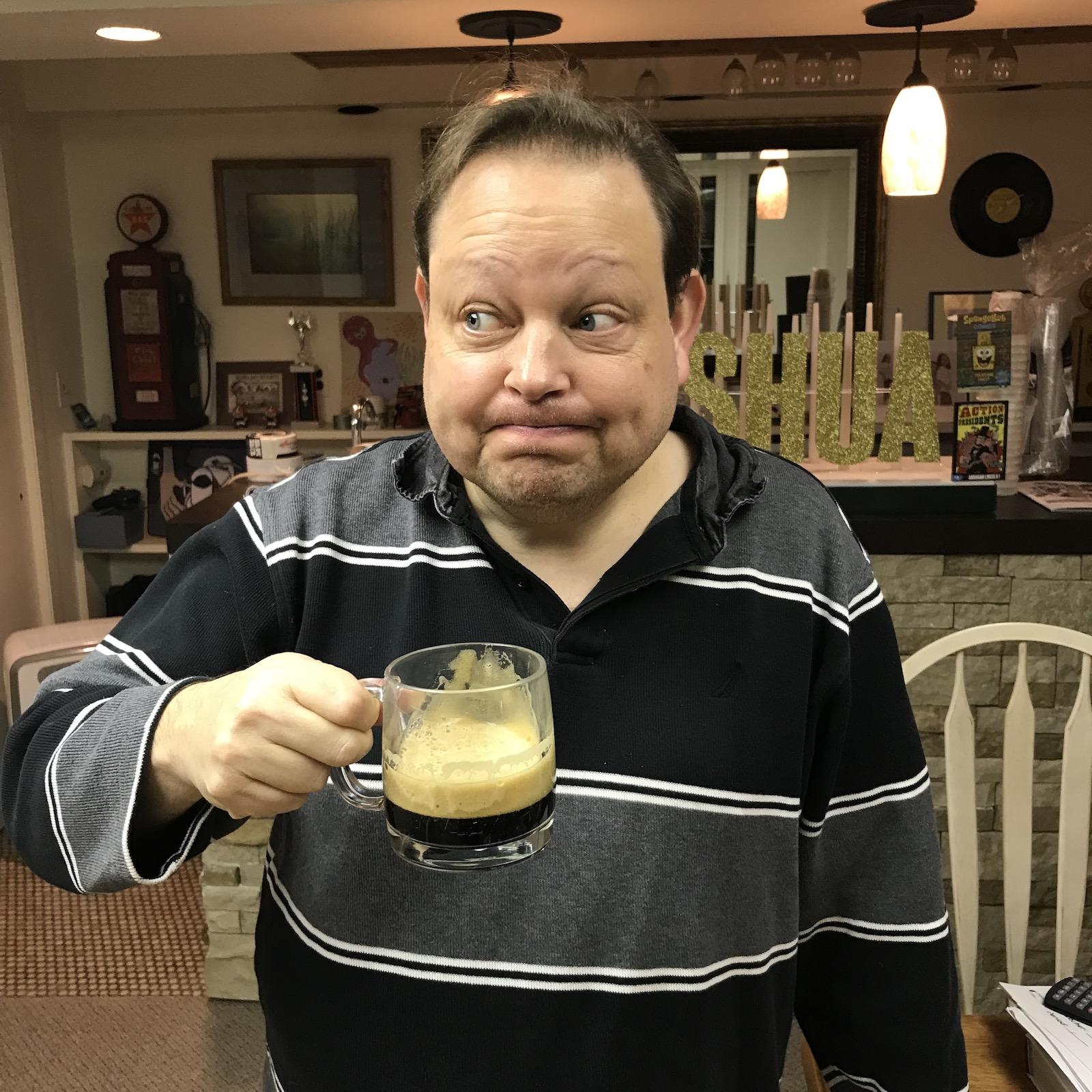 Ever vigilant, Eric of House T thought he spied the enemy milling about. “No fire-loving Targaryen is getting even a single drop of my King in the North stout!” 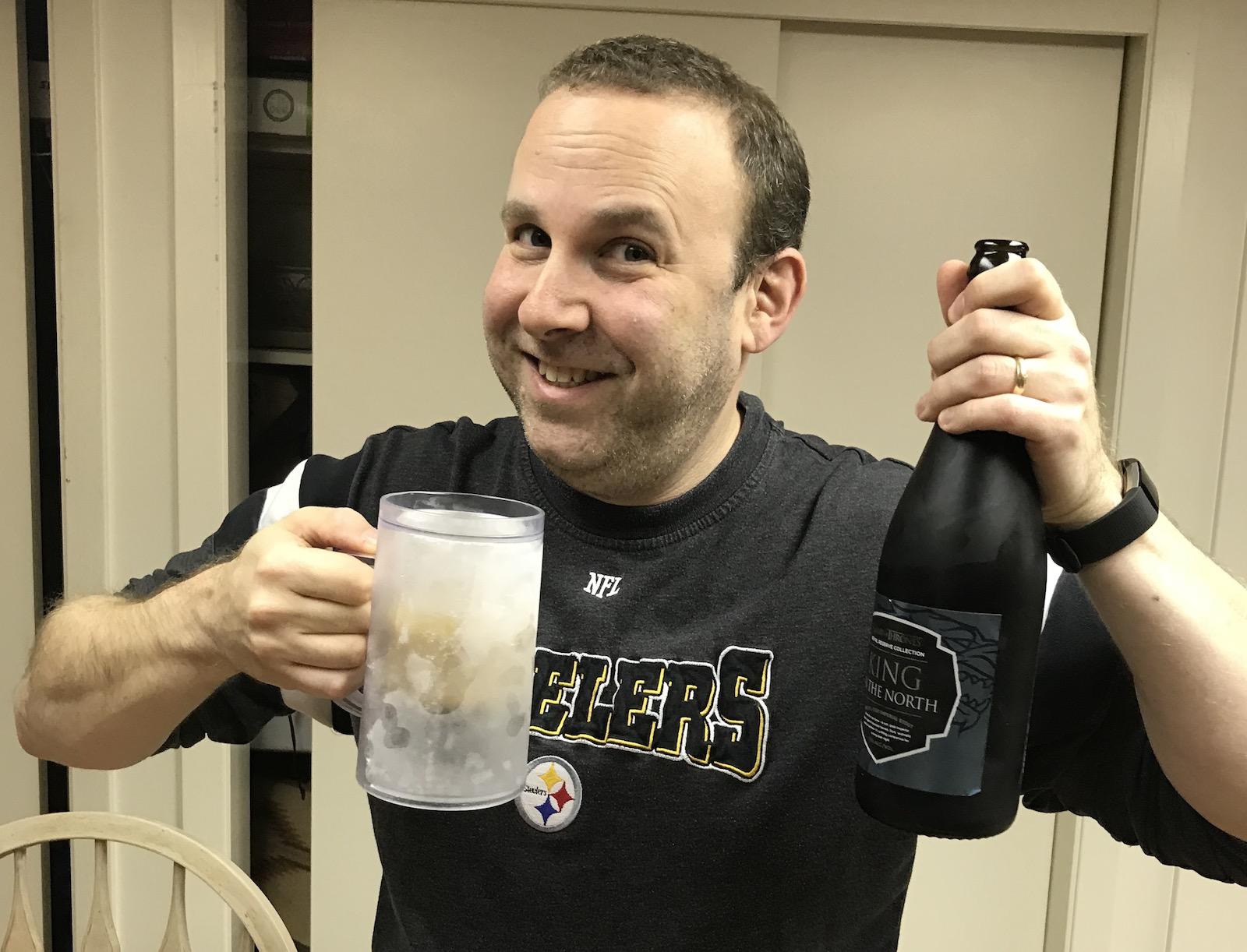 I couldn’t let my mate drink alone now, could I? And yes, my mug is bigger than his… 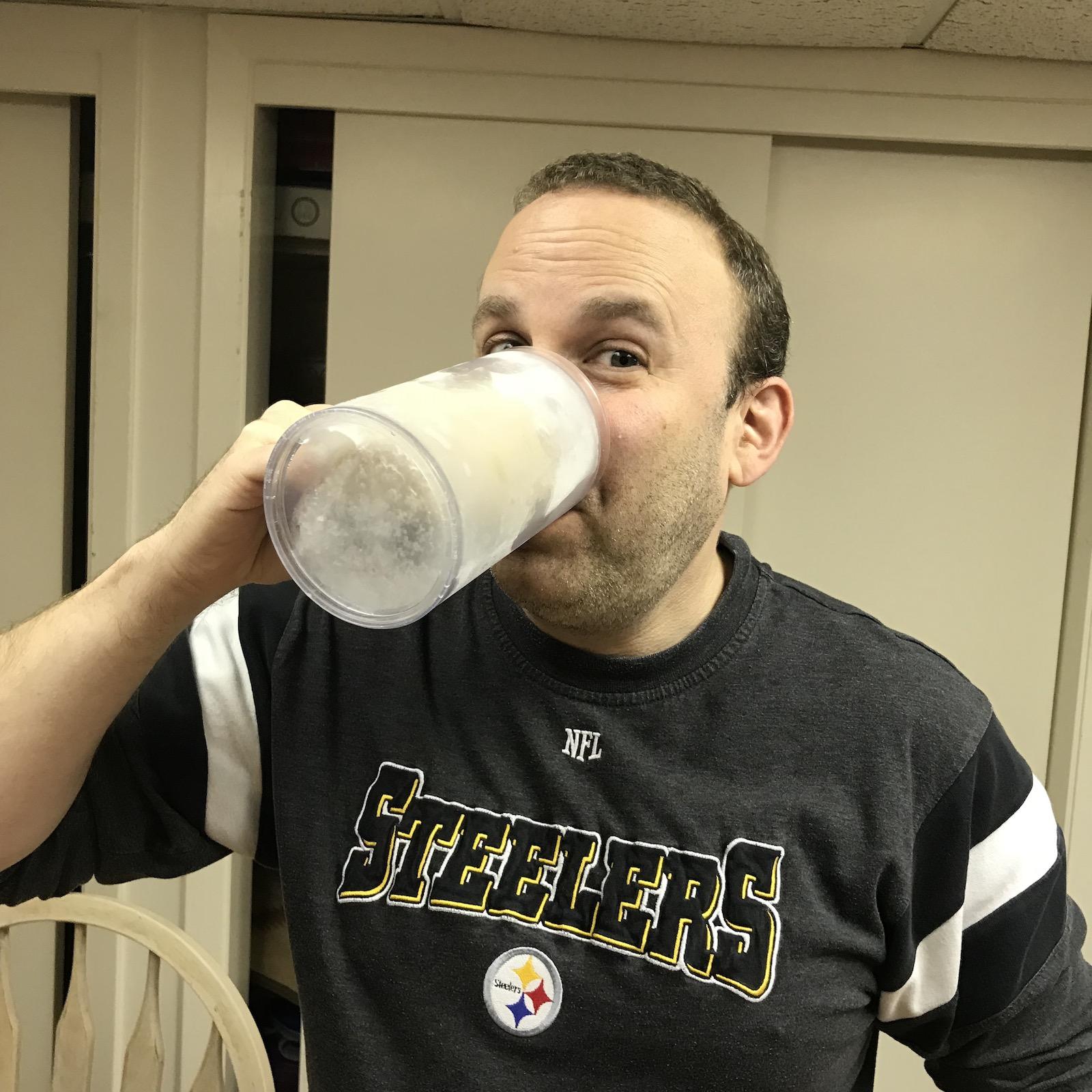 Kicking back some ice cold King in the North stout calms the soul and quenches the thirst! But how exactly does it taste?

I’ll admit I’m not a huge fan of stouts generally. I find Guinness so incredibly bitter, I can’t really enjoy it. This King in the North stout, however, pours out super thick and has a pleasant oatmeal creaminess to it. There’s no bitterness at all to it and I daresay if anyone could change my mind on stouts, it’d be Jon Snow himself. Hear! Hear!

King in the North pours jet black with a thick tan head. Aromas of roasted malt, coffee, and chocolate blend with those of oak, bourbon, and vanilla. The flavor is rich and full with notes of chocolate, vanilla, coffee, and roasted malt up front followed by smooth bourbon and a hint of oak. The finish is thick and chewy with oatmeal creaminess, and pleasant lingering roast. King in the North pairs well with funky aged cheeses, rich dark meats and decadent desserts. It also makes a great dessert on its own. 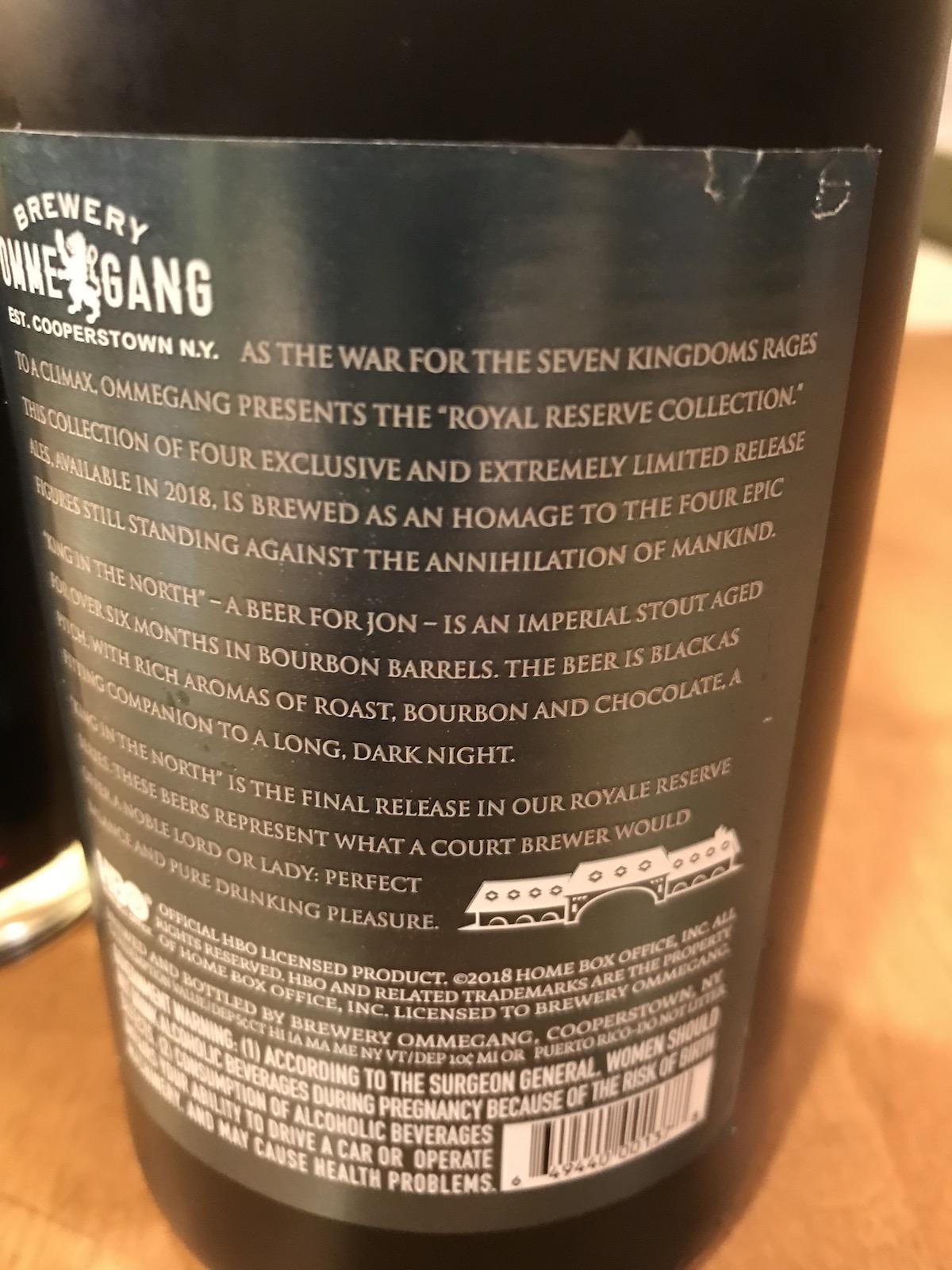 Get your gauntlets on a bottle today or better yet, head South to pick up a truly one-of-a-kind gift pack (MSRP: $24.99) that’s just perfect for the holidays. You’ll get one 12oz bottle of each of the four Royal Reserve Collection beers from Brewery Ommegang, along with a collectible Game of Thrones Glass.

Now we just need to make it to April for the Game of Thrones final season on HBO. We’ll probably need a few casks of King in the North though to hold us over until George R. R. Martin’s next book release… 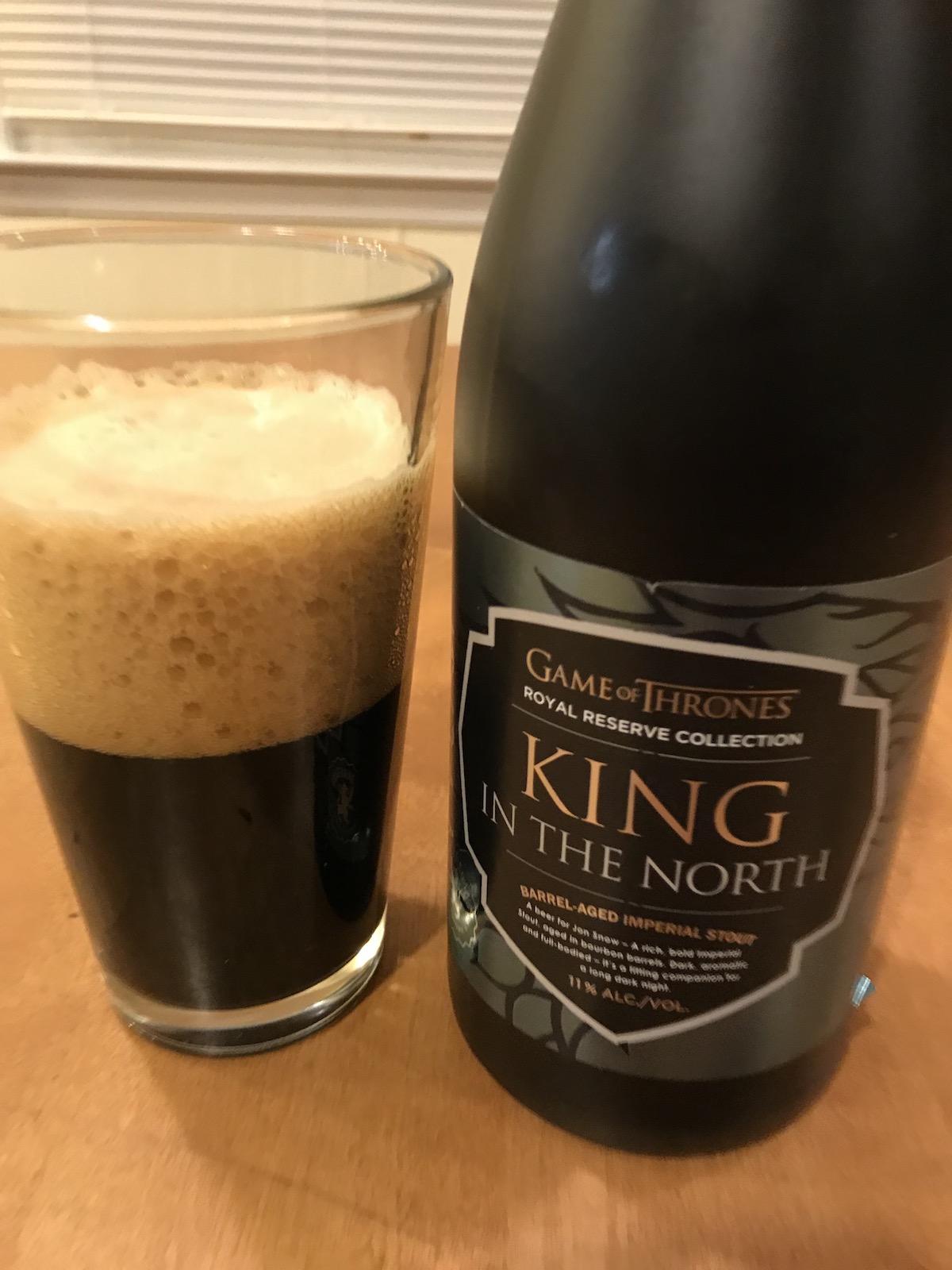 Note: I was sent a bottle of King in the North for review purposes. All thoughts and opinions in this post are my own.