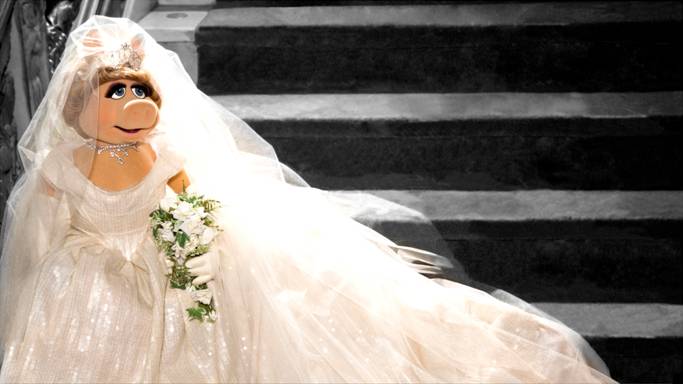 Kermit and Miss Piggy are finally tying the know! Getting hitched! Joining in holy matrimony! Or at least, that’s what we’re led to believe is set to happen in next month’s Muppets Most Wanted!

In a recent issue of Harpers Bazaar, Miss Piggy interviews world-famous dress designer Vivienne Westwood and is seen wearing… yes, a wedding gown. Westwood designed the exclusive dress for the karate-chopping diva, but no other plot details have been released.

Will Piggy actually wear the dress down the aisle? Will Kermit finally say, “I do”? Will she change her name to Mrs. Piggy or Mrs. Frog if she does get married?

And geez, who will she pick to be her maid of honor? There aren’t that many popular female Muppets that I can think of. There’s Janice, fer sure. And of course the seductively clucking Camilla. And… uh, that’s all I can think of. So who’ll be at her side when she wears that gorgeous Vivienne Westwood wedding gown? And what exactly goes on at a Muppet Bachelor Party?

Check out Muppets Most Wanted on March 21 to find out! (Well, probably not that last question.) 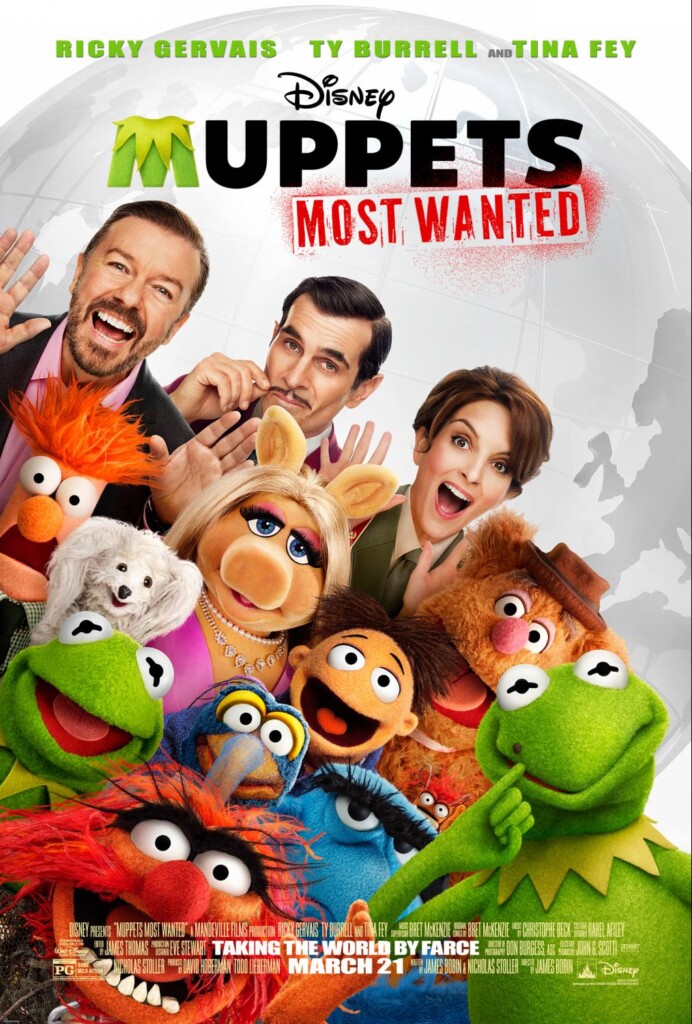