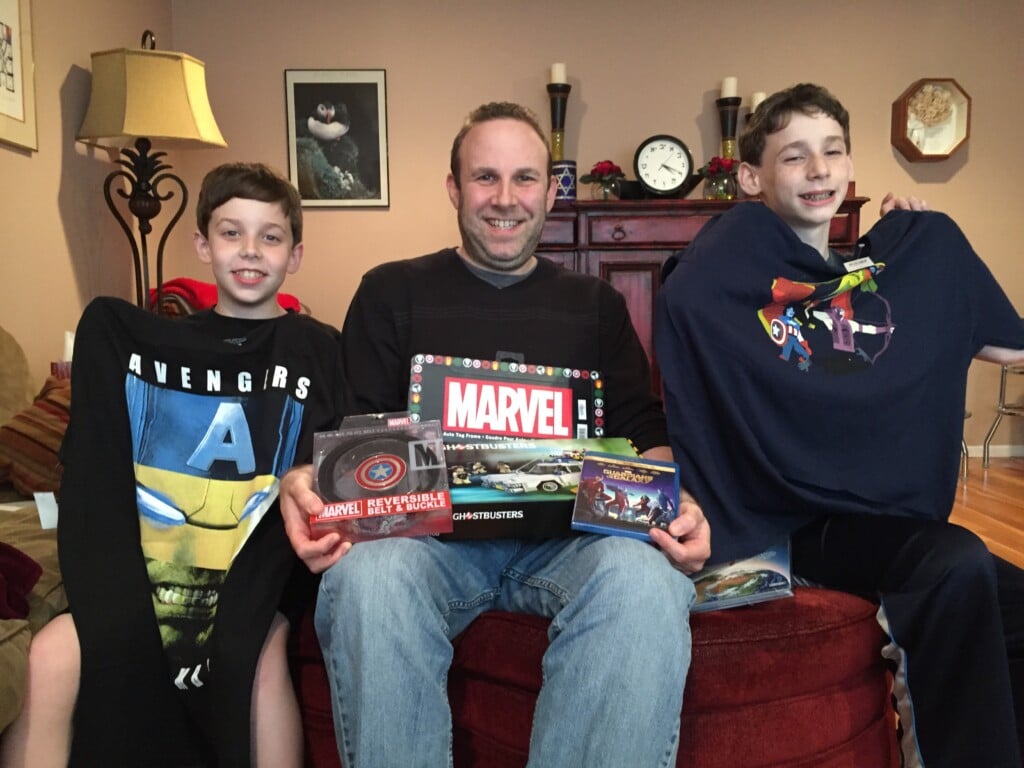 Yesterday was my birthday. I turned 43, though I still feel like I’m 20-something. Which helps explain the geektastic gifts my family got for me.

I took the day off from work and just had a nice relaxing morning, followed by a special lunch with my beautiful, significant other, who moved her schedule around just to spend time with me. Yeah, Allie’s definitely a keeper!

And for those keeping score at home, we hit Red Robin for lunch because we both were in a burger mood. And they were fantastic. No, I didn’t get a balloon, though.

When the kids came home from school, it was presents time! I think I was pretty spoiled (though don’t tell m wife), because I was pampered with the ultimate collection of fanboy gifts. I even took a video to show you all my loot!

I shared this live on Periscope (Download the app to your phone and find me @Mommys_Busy!) but thought I’d share the video here as well!

I took a few photos too if you don’t feel like sitting through the “unboxing” video I put together with Ryan’s help. 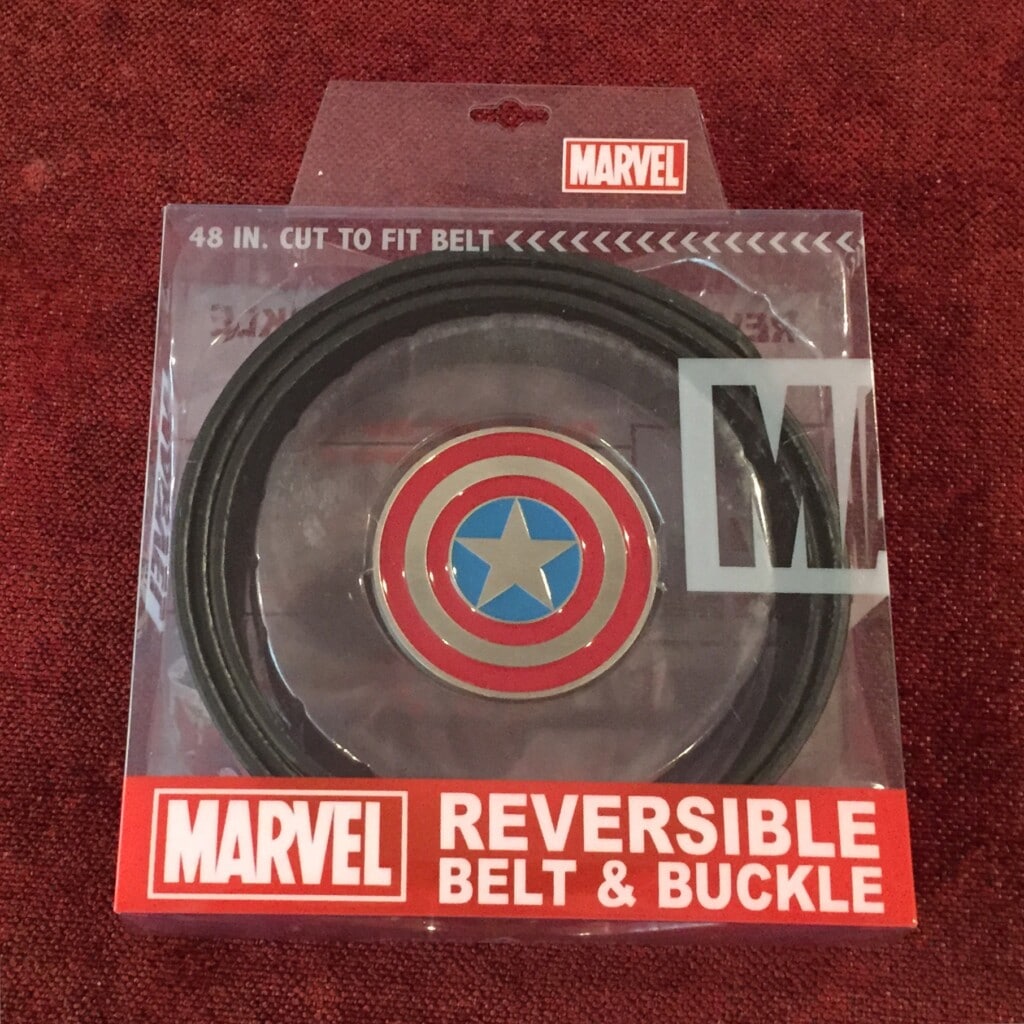 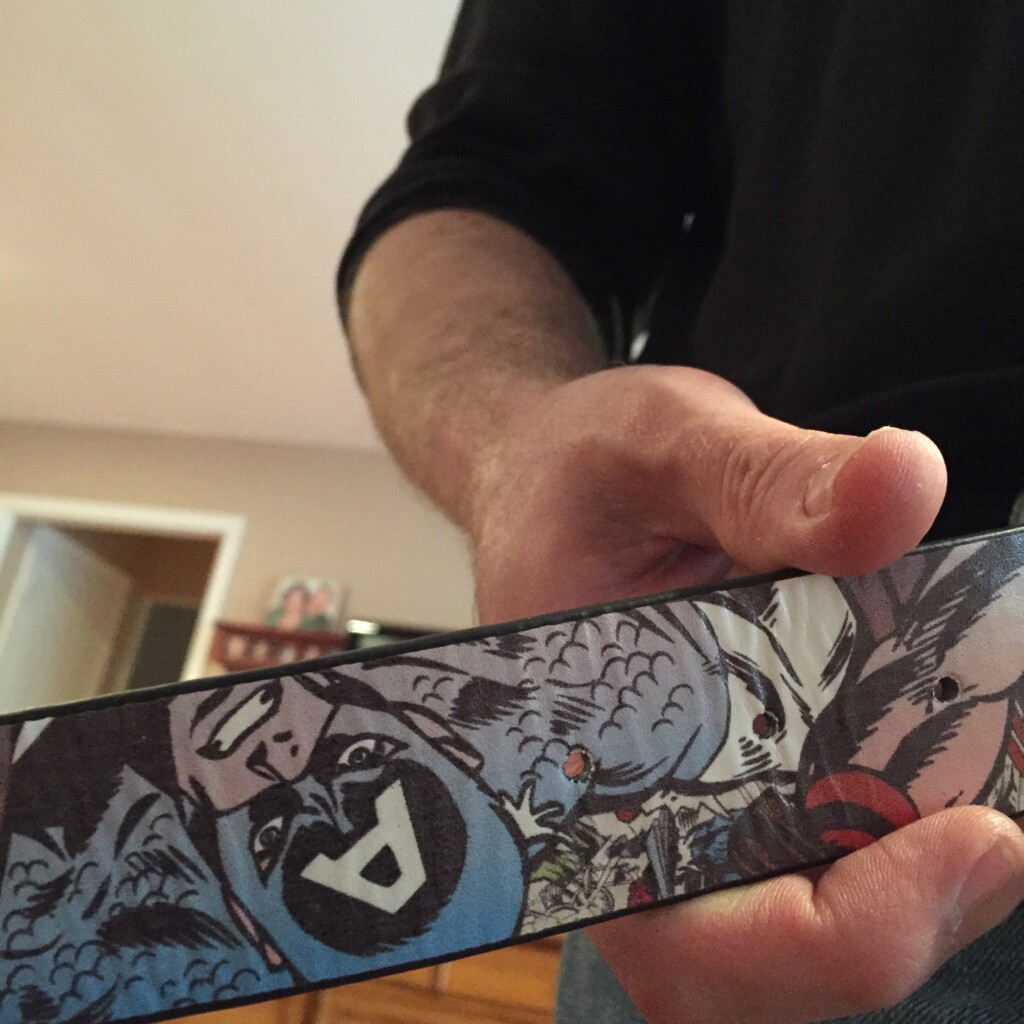 One side is all black with light outlines of characters, but the other side is crazy colorful with some of Marvel’s finest including Cap, Thor and Iron Man!

There was some small assembly required, but I got the buckle on and proudly wore it for the rest of the night! 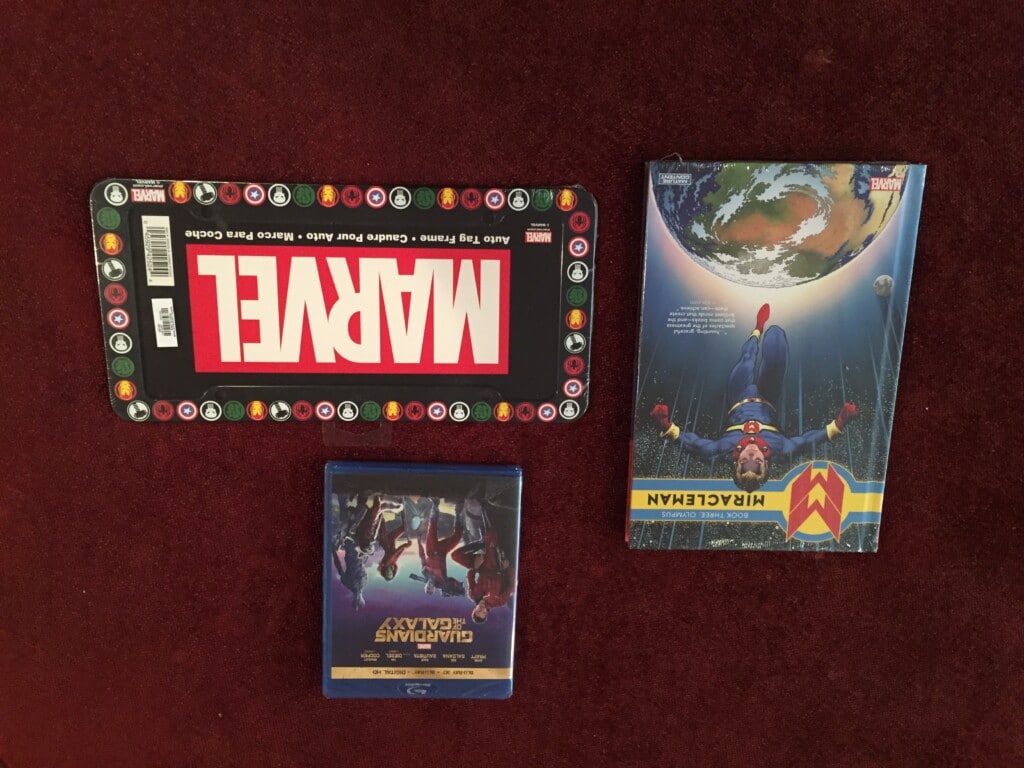 Then there’s a trio of Marvel awesomeness including a hardcover to the third Miracleman (formerly known as Marvelman) hardcover, Guardians of the Galaxy on Blu-ray and a really cute license plate frame covered in superhero icons. 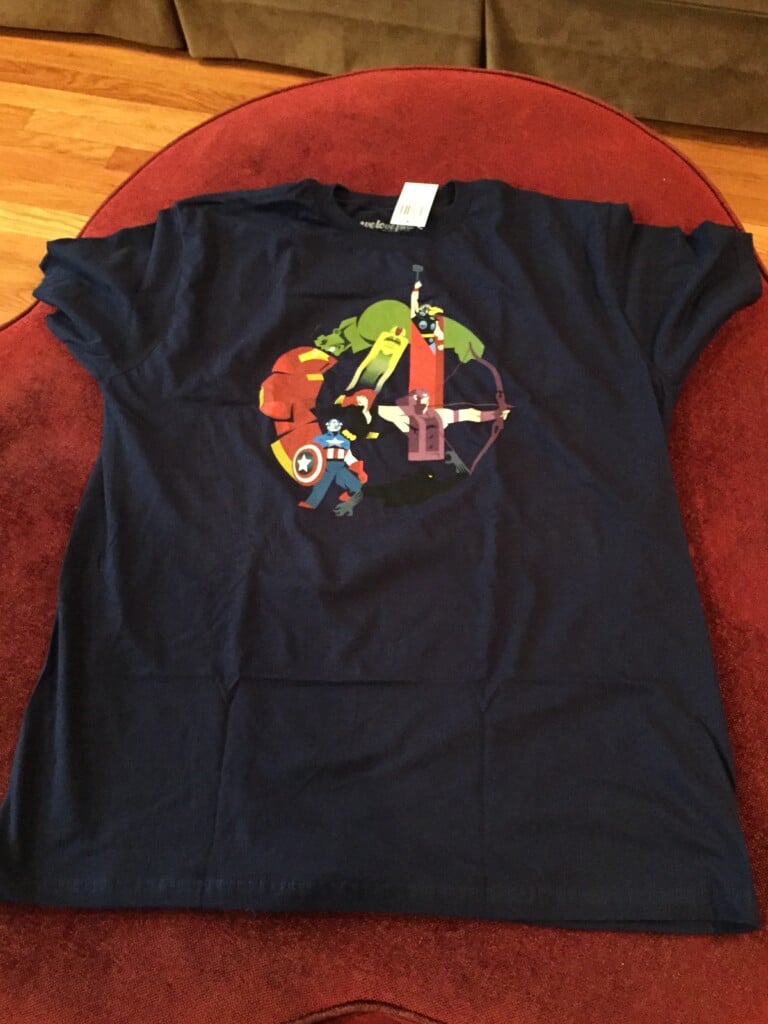 I scored two great Avengers T-shirts too. This one (from Hot Topic) features the team lined up in such a way that it forms the Avengers “A” logo. 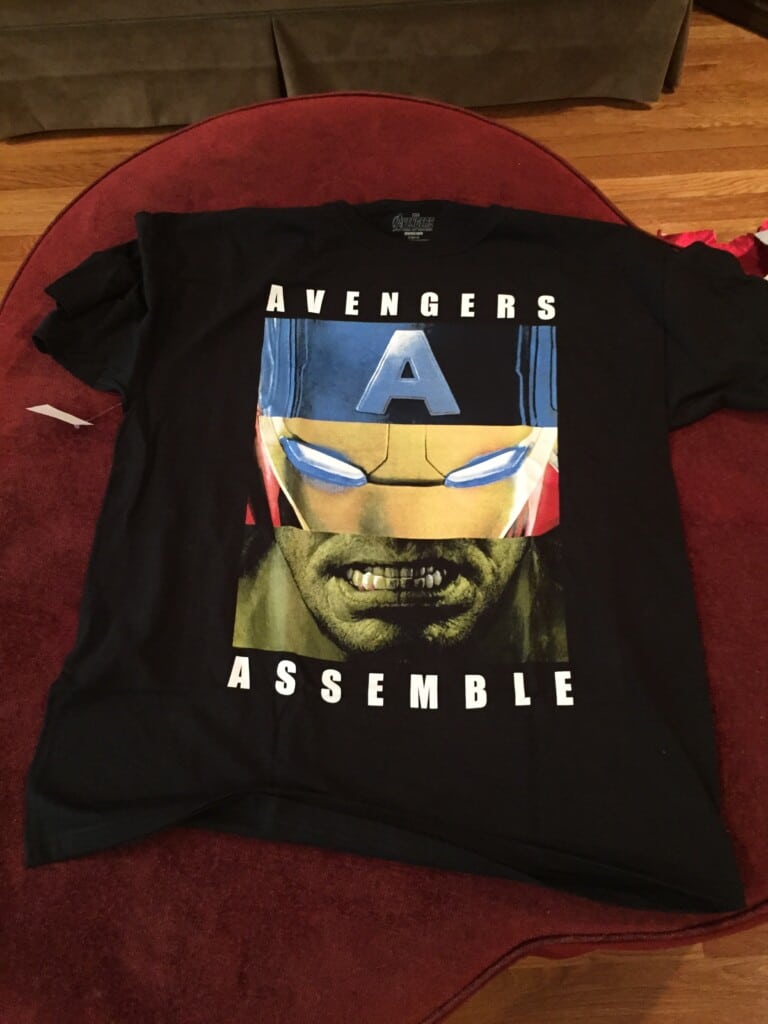 This second Avengers shirt takes the phrase “Avengers Assemble” quite literally! Allie picked this one up at GameStop. 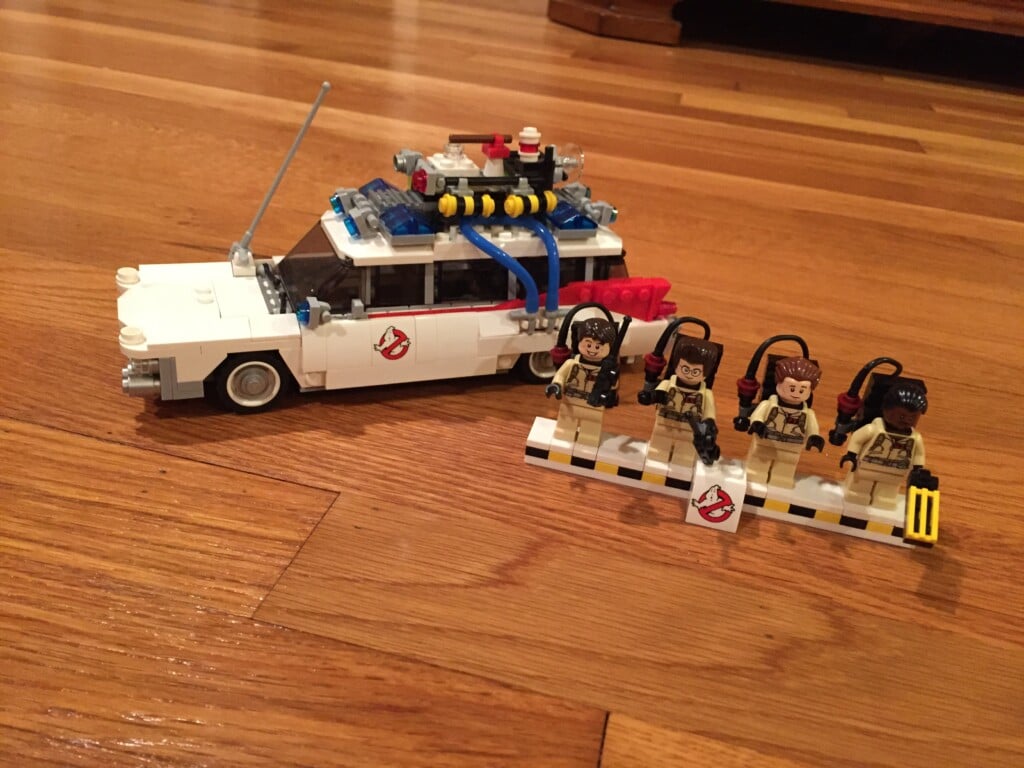 Easily my favorite gift of the night, however, was the Lego Ecto-1 from the classic Ghostbusters movie. These guys are too adorable, complete with proton packs on their backs!!!

Later that night, we all went to one of my favorite sushi places in the area, Nagoya. The fish is soooo good here and they have a number of real fun sushi rolls including the Tropical Roll which is a mix of spicy sauce and sweet bananas. Sounds odd, but it’s so good! 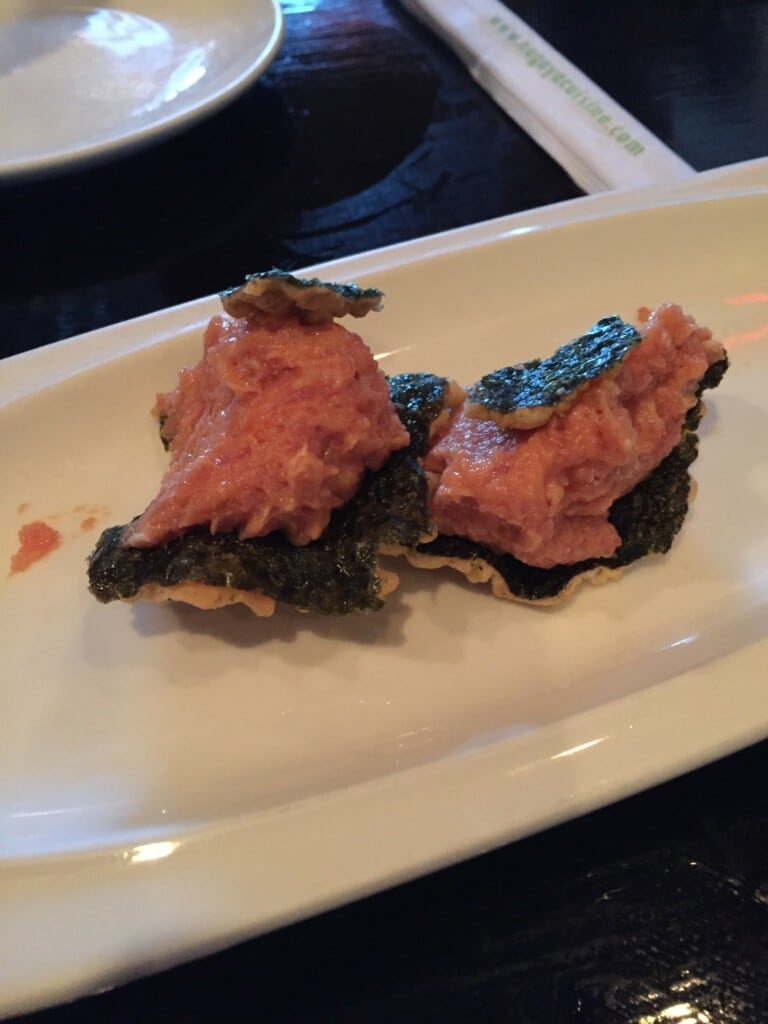 The Crunchy Crunchy Crunchy appetizer is one of our favs! It’s crispy wasabi seaweed topped with crunchy spicy tuna. You get four large pieces to share, but uh, we ate two before I could even get my camera out. 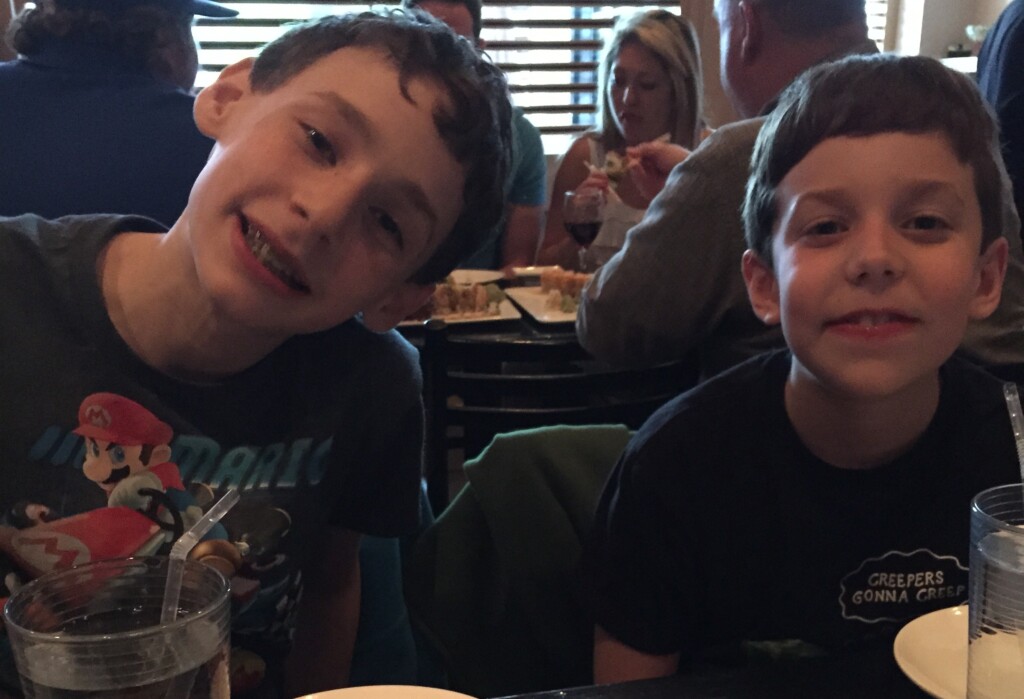 The kids don’t eat sushi (not yet, I’m trying!), but they love them some chicken katsu. 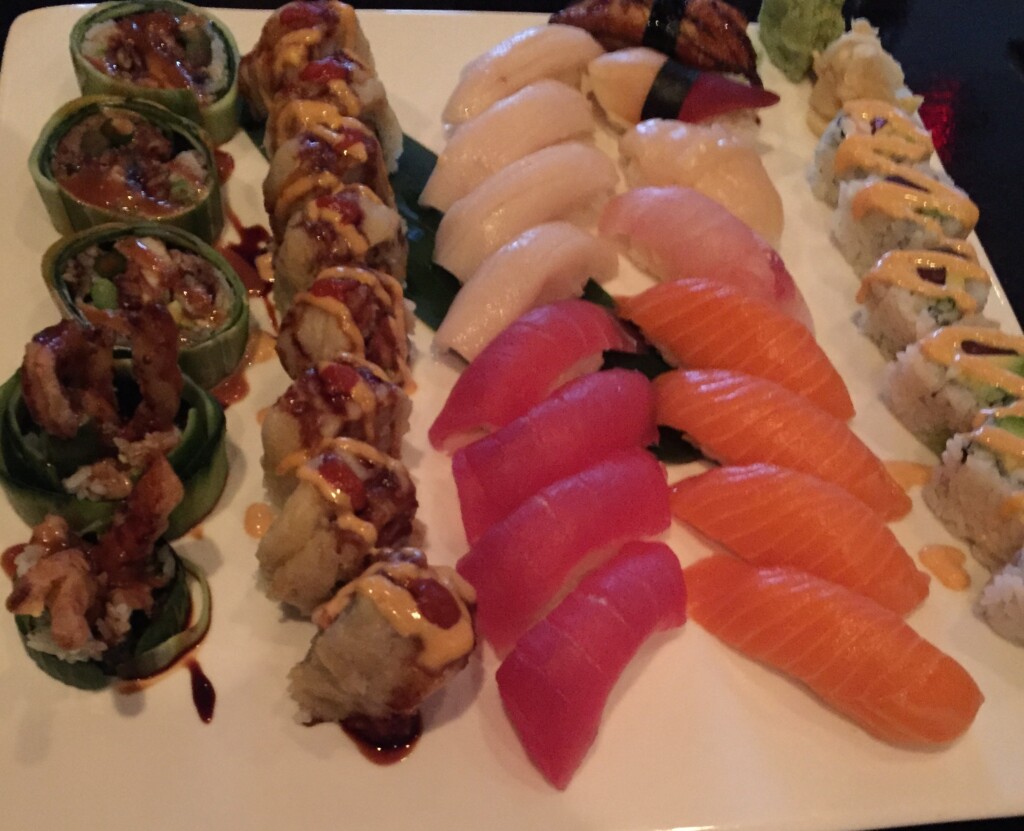 Allie and I went to town with the sushi, ordering a few special rolls and a number of tuna, salmon, white tuna, eel, red snapper and red clam sushi! That roll on the left was a total mess to eat but the soft-shelled crab was super yummy! 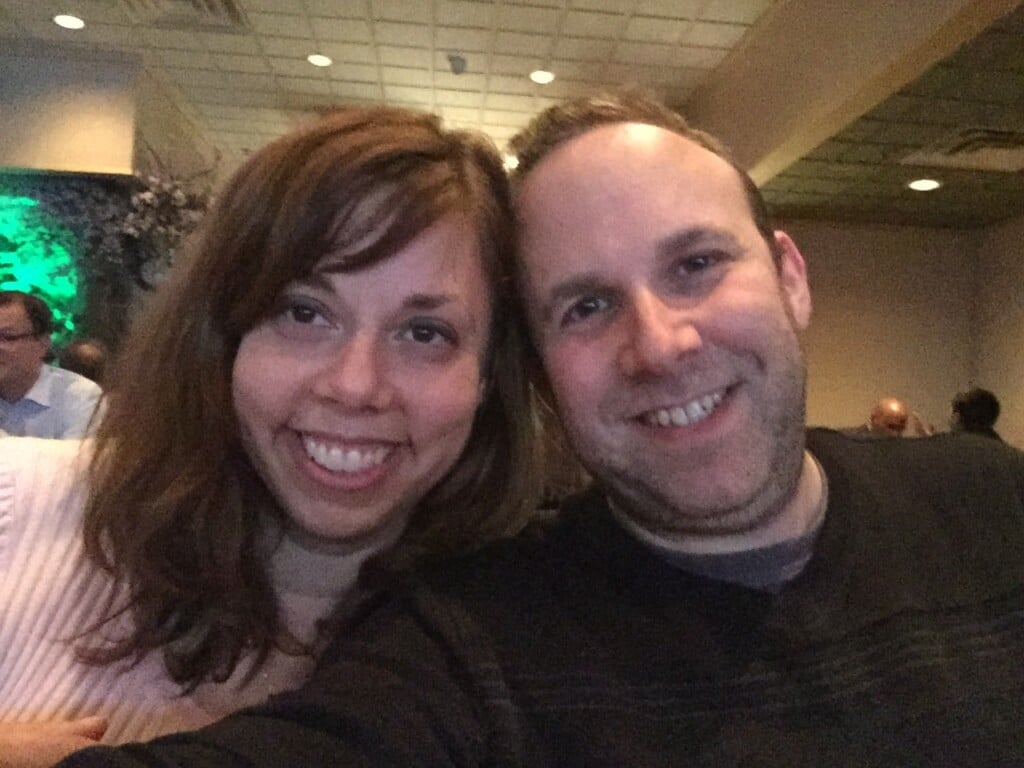 Had to take a Birthday Selfie with my wife. I realized I’ve spent more than half my birthdays with this beautiful lady. 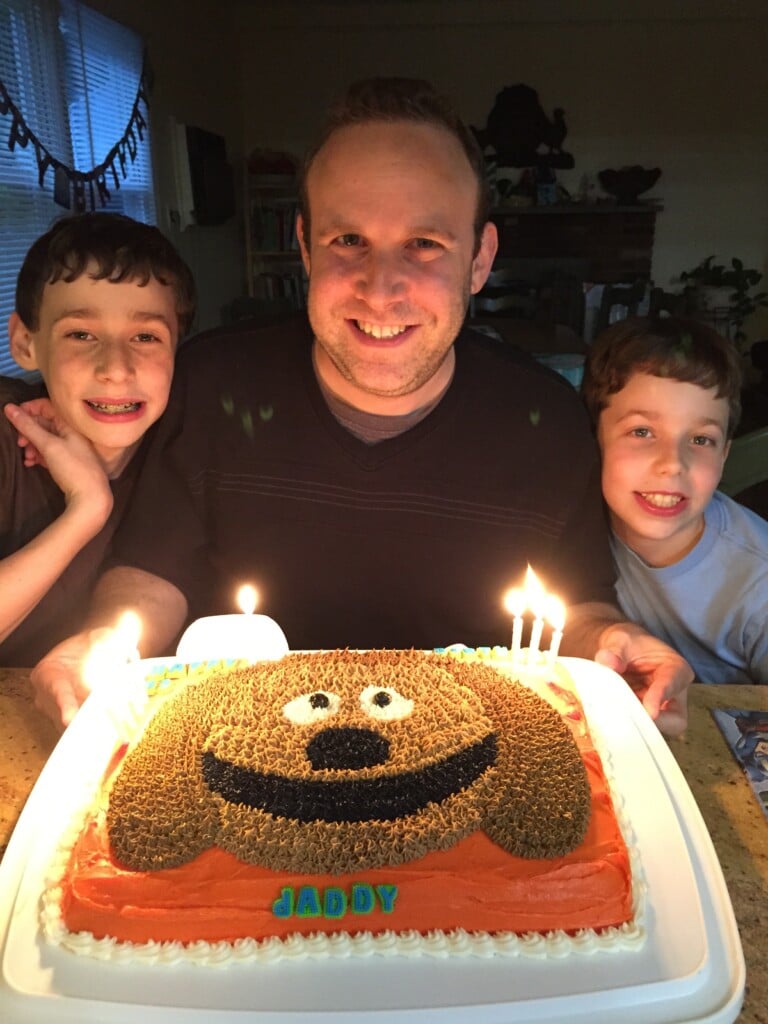 When we got home, it was time for cake! Allie’s always making the most amazing birthday cakes, and this year I honestly had no idea what she was going to make. I’ve had a Fozzie Bear cake, a Captain America shield cake and even a Beaker cake. This year, she kept the Muppets tradition alive with Rowlf the dog! 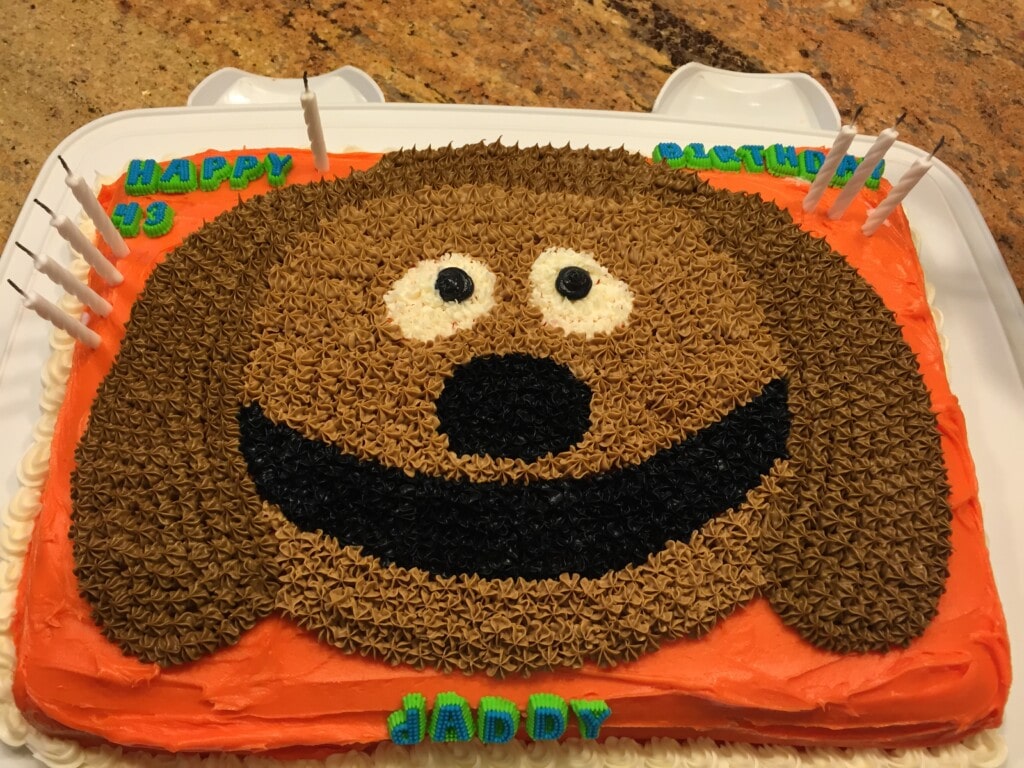 Here’s a close-up of the piano-playing pooch on my birthday cake!

It’s 24 hours later and I still don’t think I’ve come down from my sugar high yet. All in all, it was such a great day full of awesome food, gifts and most importantly family.

7 thoughts on “My 43rd Birthday Was a ‘Super’ Success”