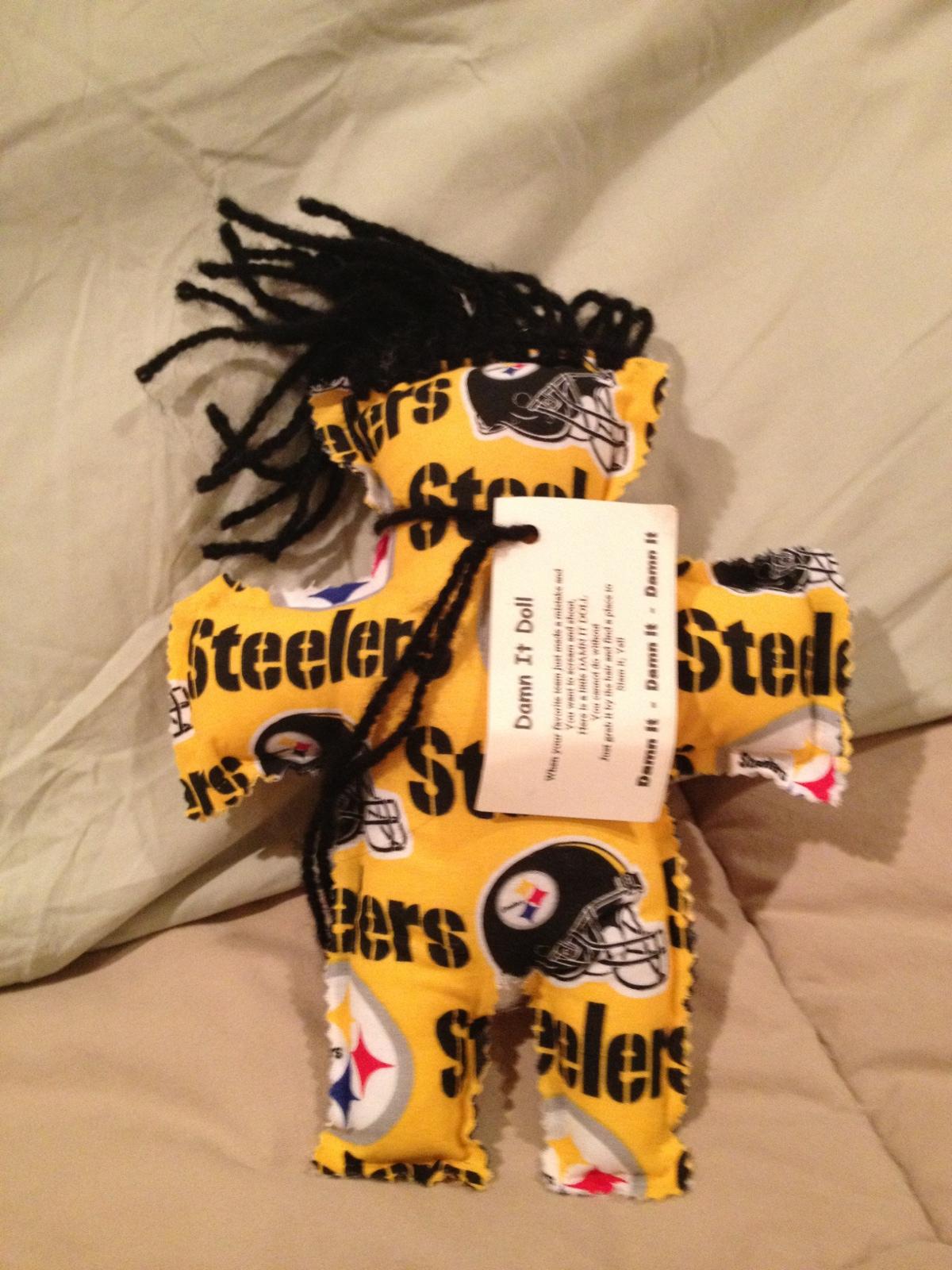 Today is officially the last day of the NFL season. Week 17. Next week starts the crazy roller coaster known as the playoffs.

And today for the first time in a long time, the Pittsburgh Steelers are playing a completely meaningless game. They were having a fairly solid season, getting real strong at the right time and then, quarterback Big Ben gets injured (almost killed, really), and they start tanking. They blew a few really close games after that, even with Ben back in the lineup.

Last week’s pathetic loss officially knocked them out of playoff contention. So today they face the Cleveland Browns in a game that offers only pride as the reward.

I own a lot of Steelers merchandise. Not just hats and T-shirts, but mugs, bar stools, a funky standing lamp, shot glasses, a car magnet, singing bottle opener, and more. But the gift my parents gave me last weekend is probably the best one. And it was perfectly timed too. 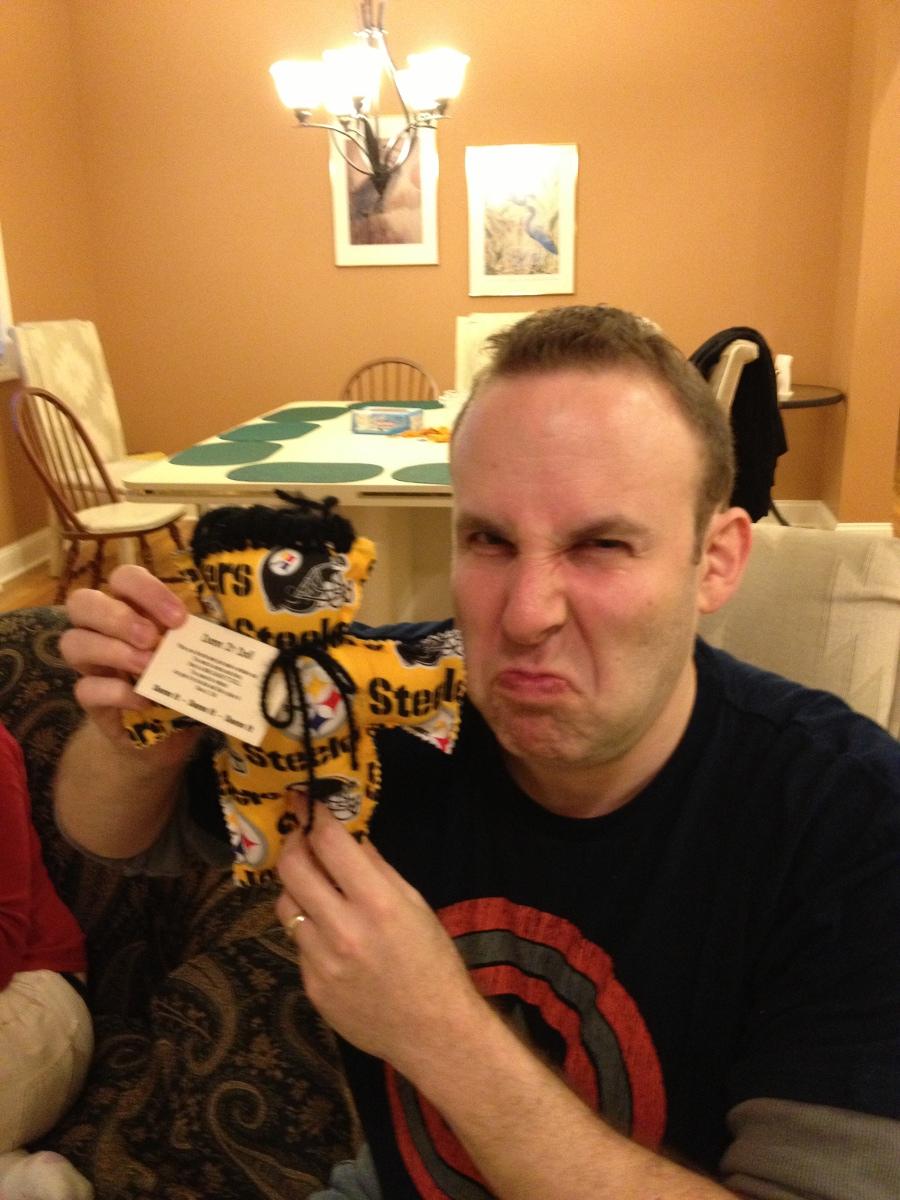 Bought at some craft fair up in the Albany area, my Steelers Damn It Doll is the perfect outlet for frustrated sports fans. As the instructions on the accompanying tag say:

When your favorite team just made a mistake and

You want to scream and shout,

Here is a little DAMN IT DOLL

You cannot do without.

Just grab it by the hair and find a place to 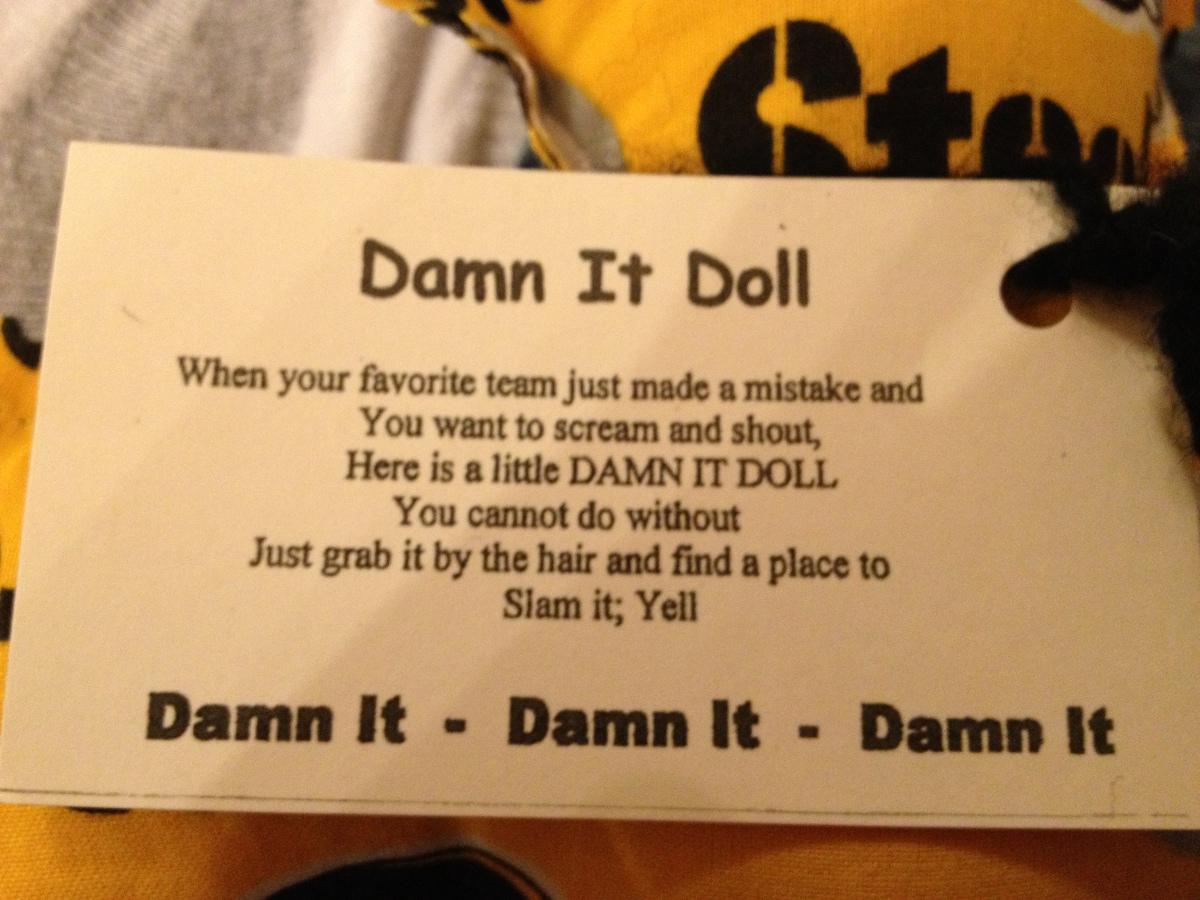 And sure enough, as the Steelers blew the game, I grabbed that doll by the hair and tossed it every which way you can imagine. My kids even joined in on the fun. I pray I never have to use this doll again, but something tells me I may need a new one by the end of next year.
Share2
Tweet3
Pin81
86 Shares

17 thoughts on “My Pittsburgh Steelers Damn It Doll”