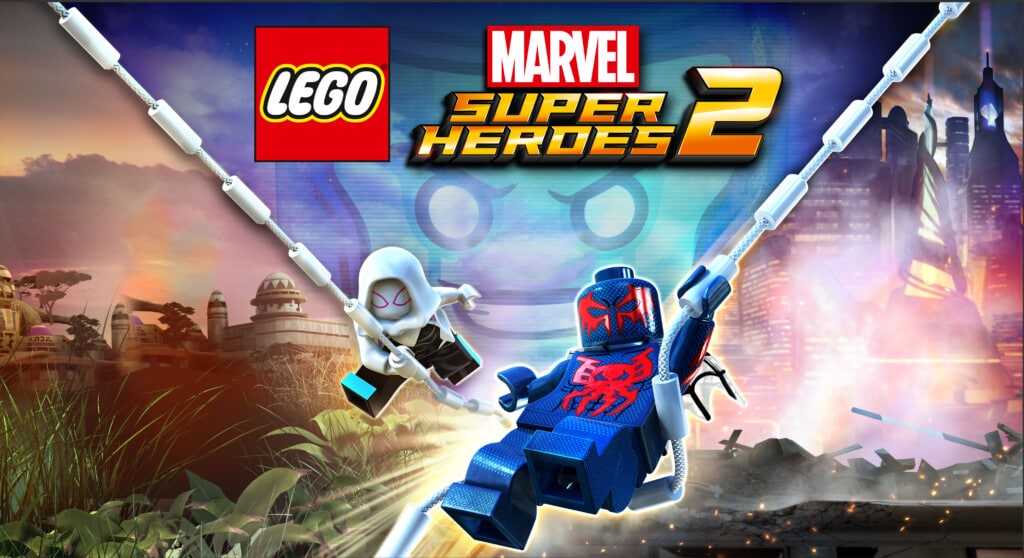 When Marvel Studios announced it was doing an Ant-Man movie, I merely shook my head. Don’t get me wrong, I love Ant-Man and all the various incarnations of the character from the comics. But, well, he’s Ant-Man. A totally obscure, almost silly character. How on Earth was Marvel going to make a good Ant-Man movie? Well, they did.

Add Guardians of the Galaxy to that same mindset and I know have complete faith in Marvel Studios to put out a film on just about any character they’d like. Here was a movie packed with action, mystery, humor and pretty much an entire cast of obscure, unknown characters. Seriously, there’s a talking raccoon who shoots people.

Anyways, my point of this is that the Marvel Universe is overflowing with amazingly awesome characters. Many are only known to true comic book fanboys. And now with the release of LEGO Marvel Super Heroes 2, that universe is given an even bigger spotlight.

A sequel to the super-cool, insanely entertaining LEGO Marvel Super Heroes game, this latest version features one of the craziest Marvel villains of all time (Pun intended): Kang the Conqueror! See when it comes to Kang, basically his main power is simply time travel. He’s been to the distant future, the ancient Egyptian past and loves messing with the Avengers in modern times. And that’s pretty much what this entire game is all about.

In this all-new, epic adventure, the time-travelling Super Villain Kang the Conqueror has stolen numerous Marvel cities and locations ripped from time and space to form the expansive Open Hub World of Chronopolis. To foil Kang’s diabolical plans, an elite team of Super Heroes must band together in cosmic battle that takes players on an exciting journey across the Marvel Universe.

In other words, anything goes in this crazy entertaining game. Want to know some of the more bizarre characters that show up? Okay. How about Cosmo the Spacedog, Cowboy Captain America, Howard the Duck, Gwenpool, Ms. Marvel, Man-Thing and even Carnom (an exclusive combo of Carnage and Venom).

Besides crazy characters, you’ll also get a look at a variety of Marvel’s different settings. We’re talking Ancient Egypt, The Old West, Sakaar, New York City in the year 2099, Xandar, Asgard, Attilan, K’un-Lun, and so many more.

While we’re still not even halfway through the game, I will say that it is as much fun as the first one. The crazy characters and totally unpredictable storyline are keeping us on our toes. I mean one minute we’re under water fighting Attila, and the next we’re above ground coming face to face with… Man-Thing.

Like all LEGO video games, this one does not stint on the humor, nor the puzzle-solving scenarios throughout the game. There’s even a neat new feature tied into time travel. With a time manipulation mechanic, specific characters (such as Doctor Strange) can move time backwards and forwards in order to affect certain pieces of the game. Things like aging Baby Groot to Adult Groot, or moving a simple ancient chain so that a cage can move from high to low. It’s slightly tricky to maneuver at first but once you get the hang of it, time really is on your side.

I love the split-screen mode and for someone like me who can’t commit a tremendous amount of time to games, they do a great job of not making things too difficult so that you’re stuck for hours upon hours. Don’t get me wrong, some levels are real challenging and you’ll be scratching your head for a few minutes to unlock the secret for moving on. But the best way to completely sum up LEGO Marvel Super Heroes 2 is: funtastic.

Who is your favorite obscure Marvel character?

DISCLOSURE: I received a free copy of LEGO Marvel Super Heroes 2 for review on this blog. All opinions are my own.