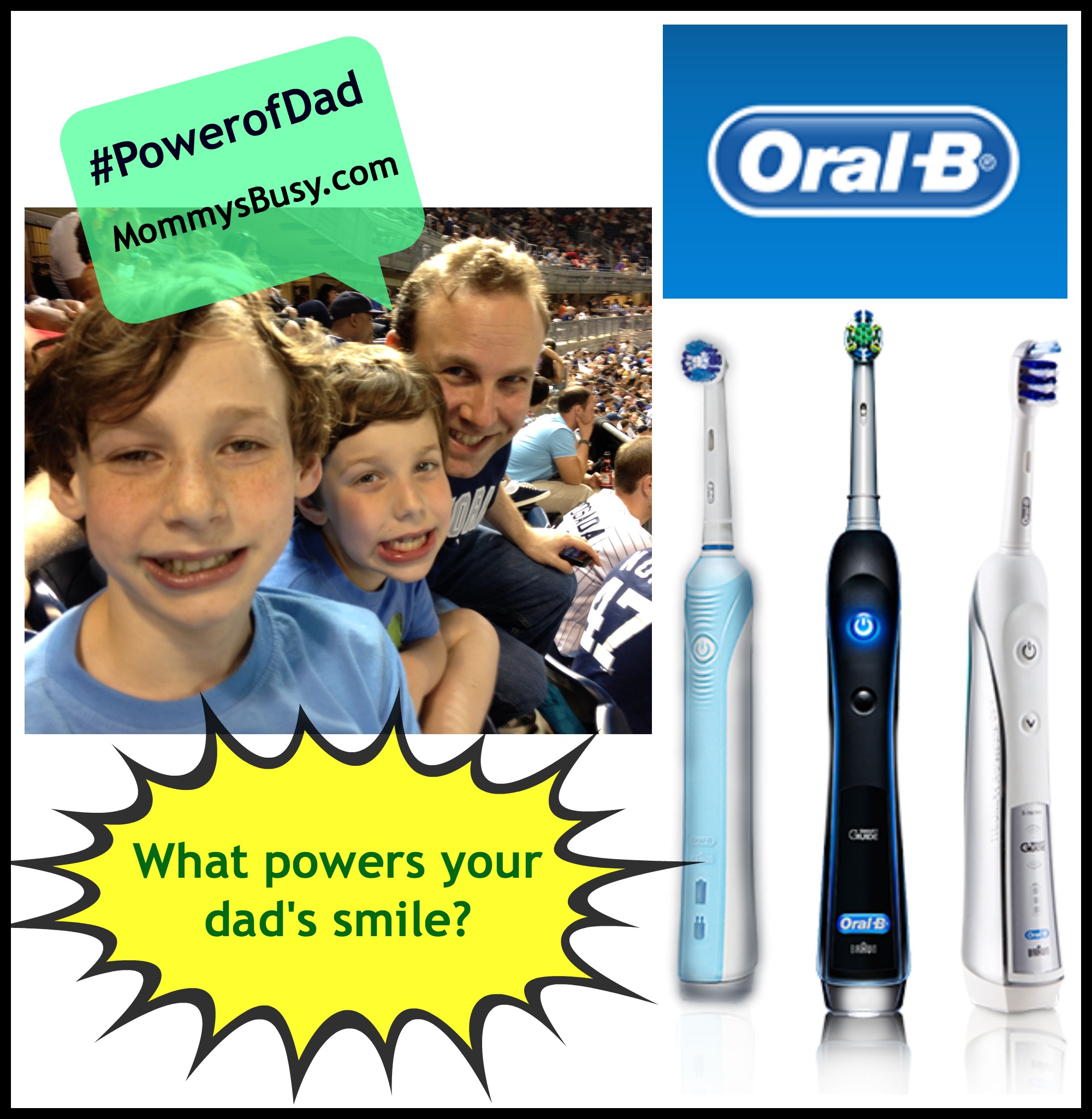 Being a dad is one of the best things I’ve experienced in my life. And that’s coming from a guy who won his Little League Championship in his final year (Go, Twins!), once had dinner with Mark “Luke Skywalker’ Hamill in beautiful San Diego, and came in 3rd place in a work-sponsored sushi-eating contest. Yeah, I live pretty extreme.

Now, if you’re not a dad, everyone tries to tell you what it’s like. There’s the never-ending jokes about, well, the never-ending poops, as well as the non-existent sleeping. And yes, those parts are true, except replace “never-ending” with “hang in there, it WILL eventually get better.” There’s one thing, though, that no one can teach you. One aspect of fatherhood that no one can ever prepare you for.

If I can borrow a line from my man Huey Lewis… it’s simply the Power of Love. Of course you’re going to love your kid, but until you have one of your own and literally feel the warmth surrounding your heart, you will never know the incredible joy of being a dad. The crazy part is, that love keeps growing, just as your kid grows.

And when you have a second kid, somehow your heart just keeps expanding. It’s really something else. 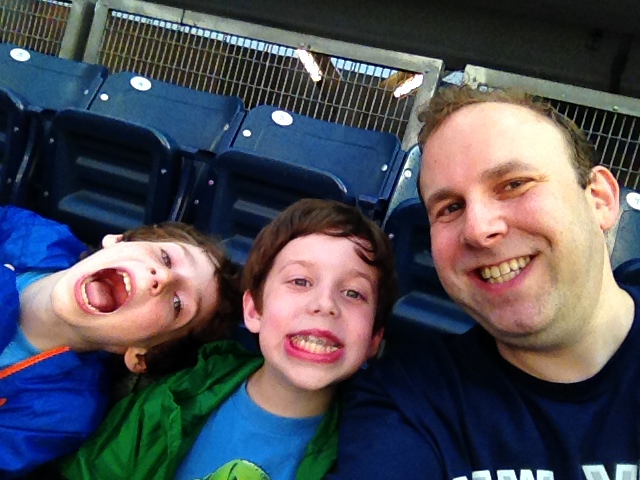 Over the years (11 and counting!), there have been soooo many moments as a father that have put a ginormous grin on my face. What are some of my favorite moments as a dad?

With Jason, it’s his real love of superheroes that gets me. As a comic geek, I love how he’s practically memorized the Marvel Comics Encyclopedia, so we can talk about all the crazy characters and potential plots in the upcoming Marvel movies. Comics were a huge part of my childhood (something I’ve clearly *ahem* outgrown…), so to see him really getting into them just makes me uber happy. You fandads out there totally get what I’m saying, right? 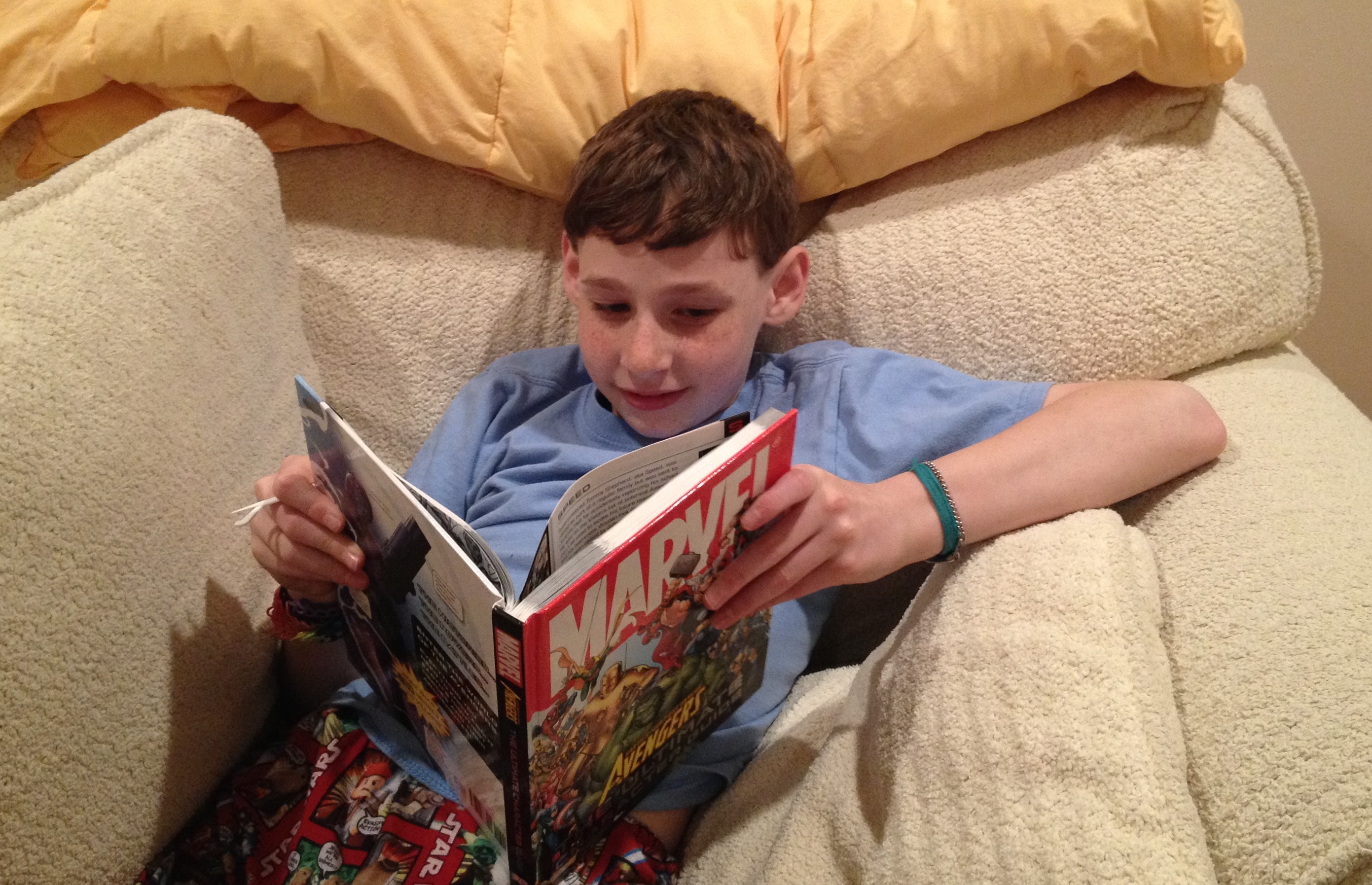 As for Ryan, the most recent moment I can bring up is his bike riding. Until just two weeks ago, he couldn’t ride at all without training wheels. Ever since it finally “clicked” and he got it, though, we’ve been going out regularly for rides, even hitting our local Rockland Lake trail which is where my dad took me when I was a kid! 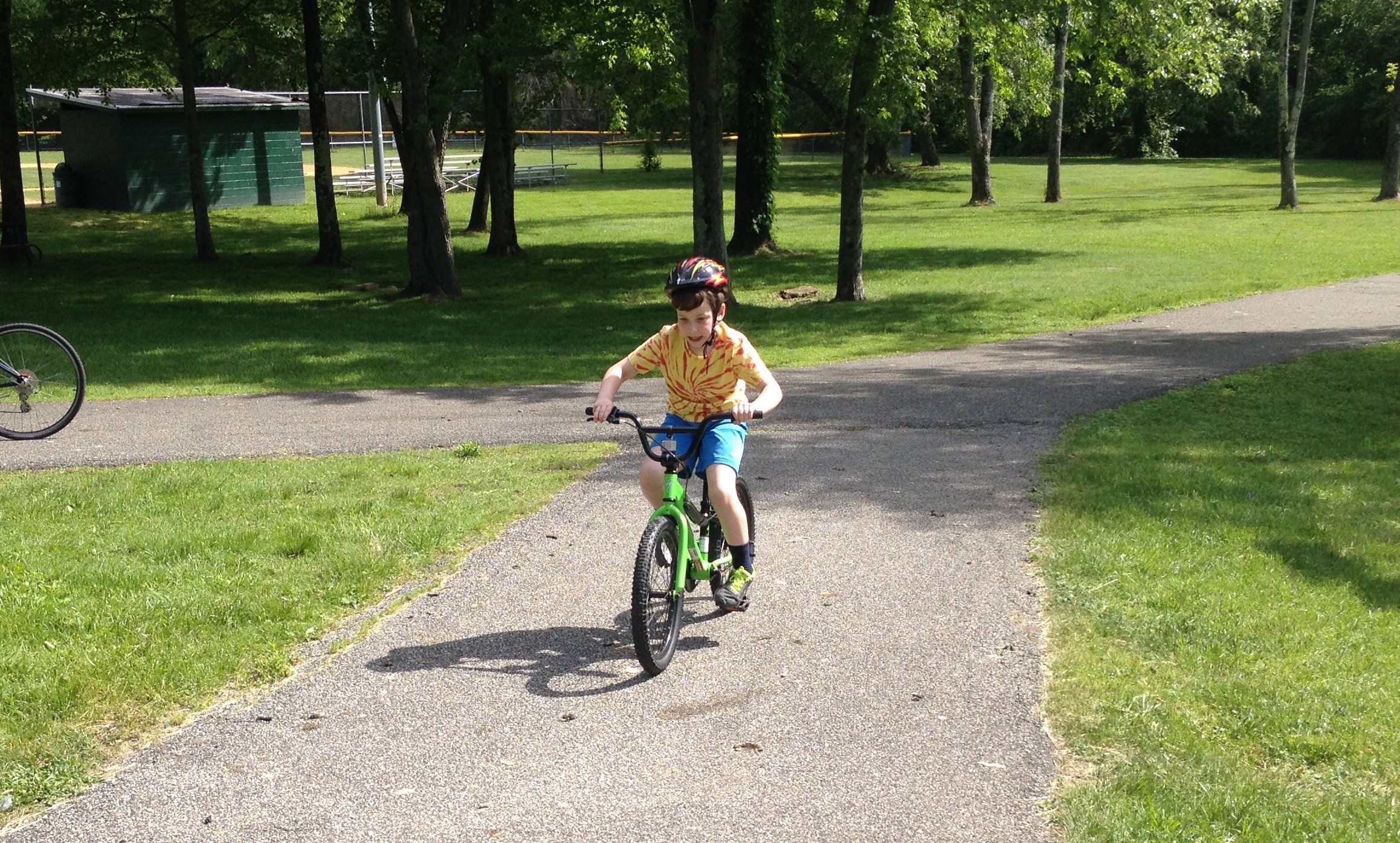 And if you go back just a few days, my favorite recent dad moment is hitting Yankee Stadium with the whole family. I still remember my dad taking me when I was little. I’d get a game program and always saved my ticket stubs, being sure to write the final score on each one. So I just love continuing that tradition with my boys. Heck, even though she’ll complain and roll her eyes, I know Allie’s starting to enjoy going to the games with us too. 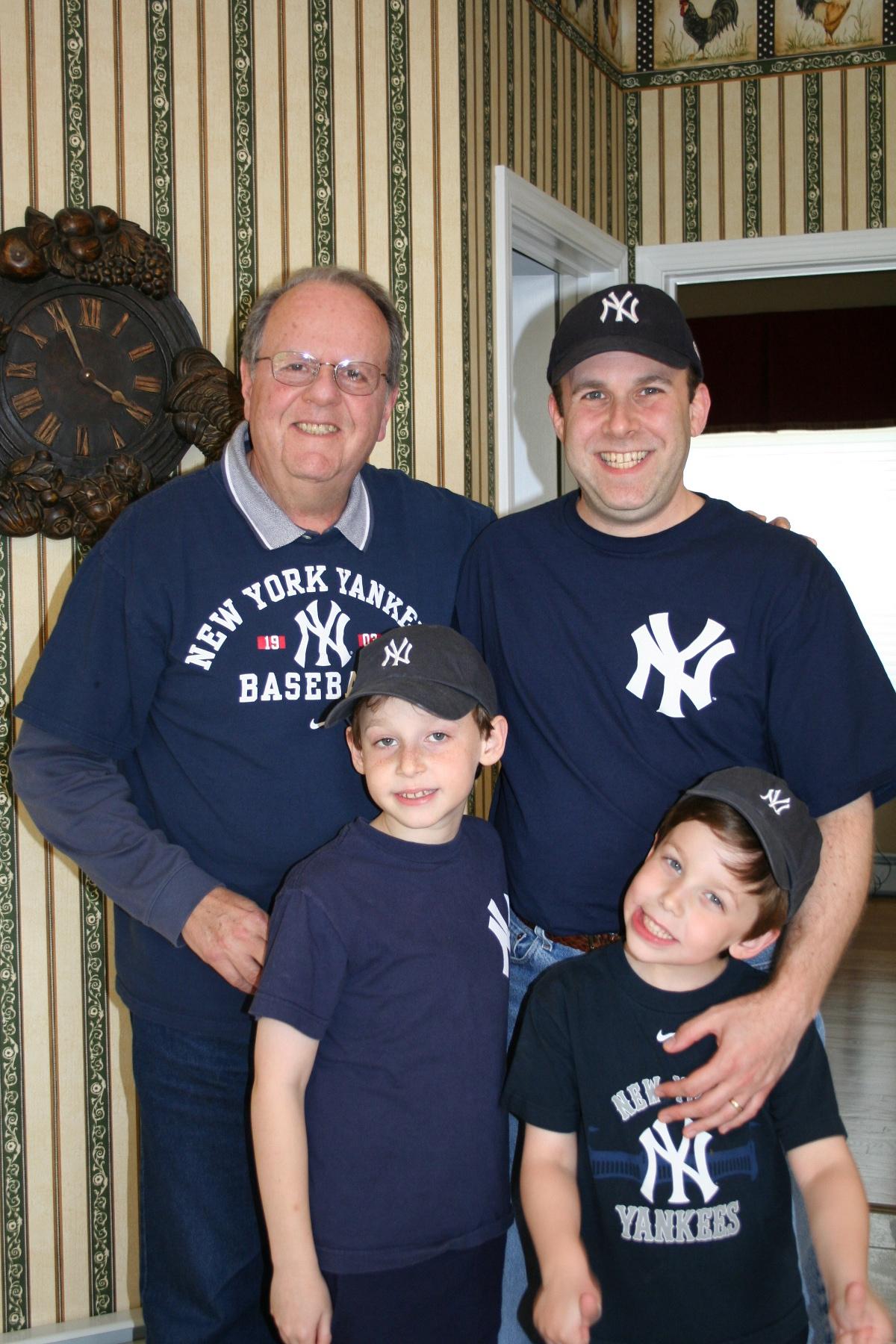 This passing of traditions is really what’s inherent in the Power of Dad. And it may sound like an odd mix at first but toothbrush guru Oral-B is totally behind celebrating fatherhood’s little moments that make dad smile. That’s why they’ve launched the #PowerofDad campaign! In fact, P&G Oral Care is even partnering up with the March of Dimes, a leading organization in support of healthy and happy families. Not to mention P&G Oral Care’s partnership with NY Giants quarterback Eli Manning, his dad Archie Manning and daughter Ava, to continue celebrating those little moments that make fatherhood so special.

Of course, the best way to keep dad smiling is by helping him keep those teeth clean, right? So stave off those dentures by giving dad the gift of a healthy smile with an Oral-B power brush! I actually use an Oral-B myself and love the power in it, though I could definitely use an upgrade.

The new Oral-B Black 7000 looks pretty intense! And apparently it is. The most advanced sophisticated brush yet, this bad boy sports 8,800 oscillations per minute and 40,000 pulsations per minute. Take that, cavities! Oh and it has six different modes including something called “Tongue Cleaner Mode.” Ooh, and a Massage mode too!

But seriously, how cool is a black toothbrush? It reminds me of K.I.T.T. from Knight Rider, only I’d never put a car in my mouth.

If you’re looking for a useful and fun gadget for dad for Father’s Day that’ll actually help him be healthier, definitely cast your peepers (and your pearly whites) on the new Oral-B 7000 Black! You can even get a $7-off coupon for the Oral-B 7000! Now that’s certainly something to smile about! 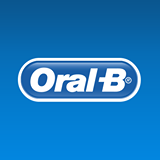 Follow the #PowerofDad hashtag to keep up with this smile-inducing campaign!

Disclosure: I partnered with Oral-B and Life of Dad, LLC for the #PowerofDad Father’s Day promotion and was compensated for my involvement.

1 thought on “Things That Make This Dad Smile”