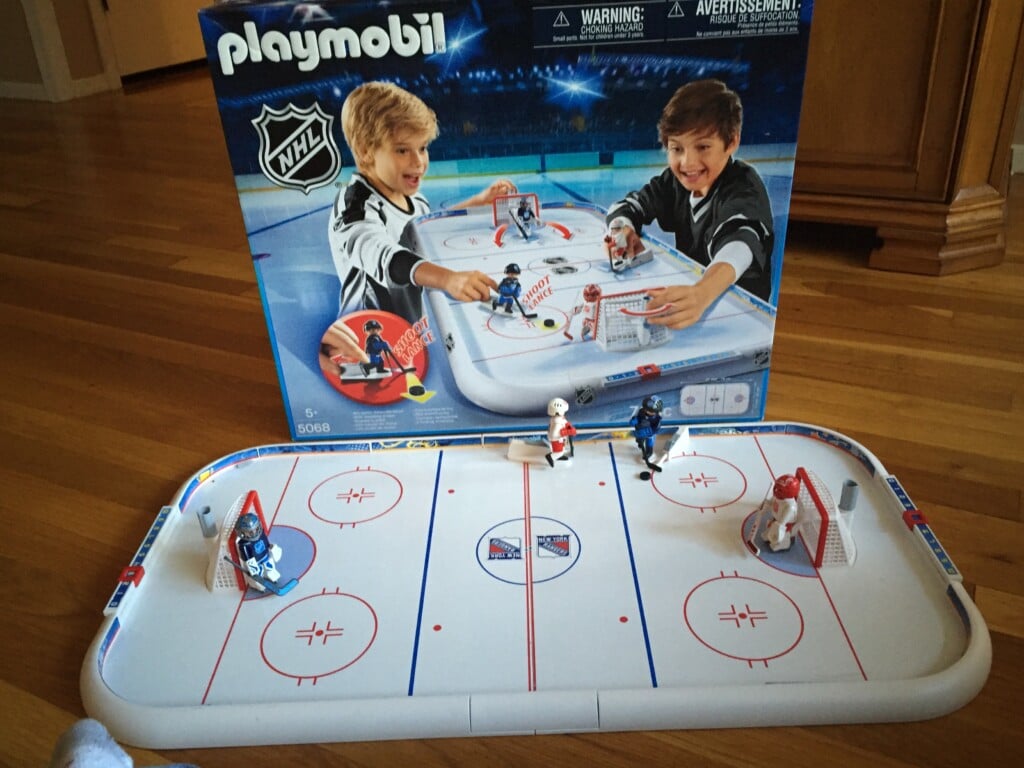 Pac-Man and Donkey Kong may go down in history as two of the greatest arcade classics ever. And yes, I sacrificed many a quarter to those machines in my younger days. But the absolute greatest of all time? That’s easy. It’s hockey.

You know, that awesome little bubble hockey game where you have a few players on each side, attached to poles. You clumsily move the players back and forth and can spin them around while you try to shoot the little plastic puck into the net. Invariably, one of the goalies breaks off and falls to the “ice,” making for a very lopsided game.

I so loved that hockey bubble game and I know loads of you do too. It’s really hard not to play it if you see it in an old arcade or the corner of a bar somewhere, am I right?

Well, remove the bubble and modernize things a bit, and you’re looking at a brand new line of incredibly awesome toys from Playmobil! The Playmobil NHL Hockey Arena takes those lovable little Playmobil guys to the next level. 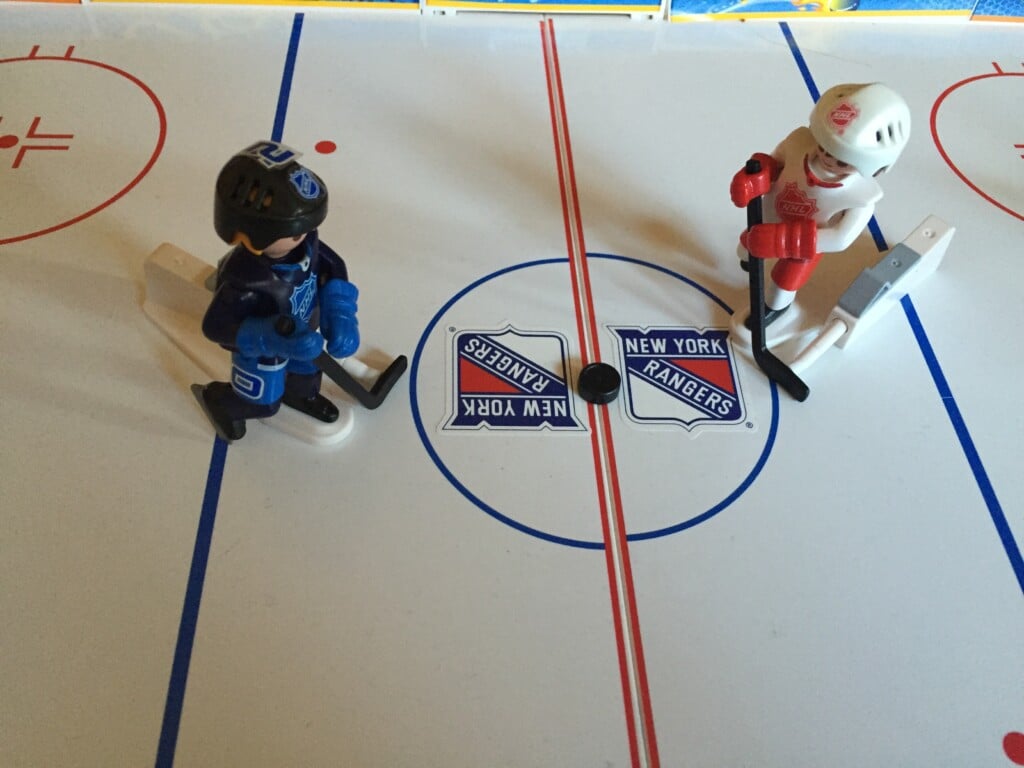 Yeah, these may be the cutest hockey players you’ve ever seen, but don’t be fooled! There can still be plenty of high sticking if you articulate them correctly.

This set is such a blast. You put the few pieces together and even slap on the appropriate team stickers to show your love for the locals. 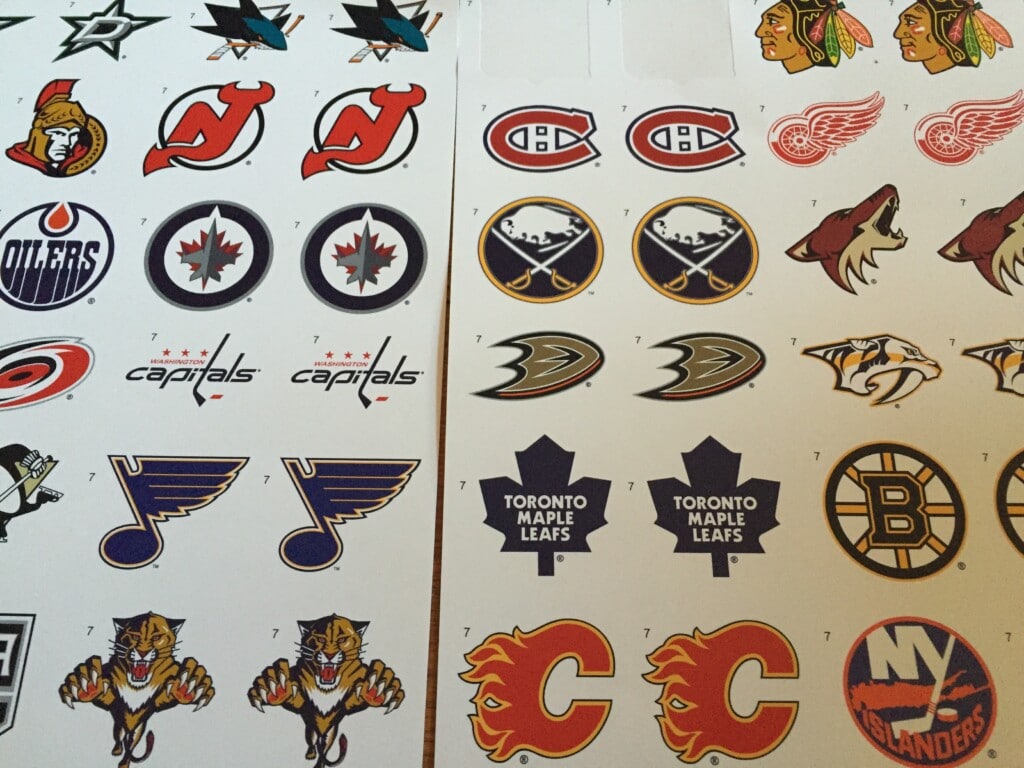 You can even customize players to represent your favorite team with team logos and numbers. 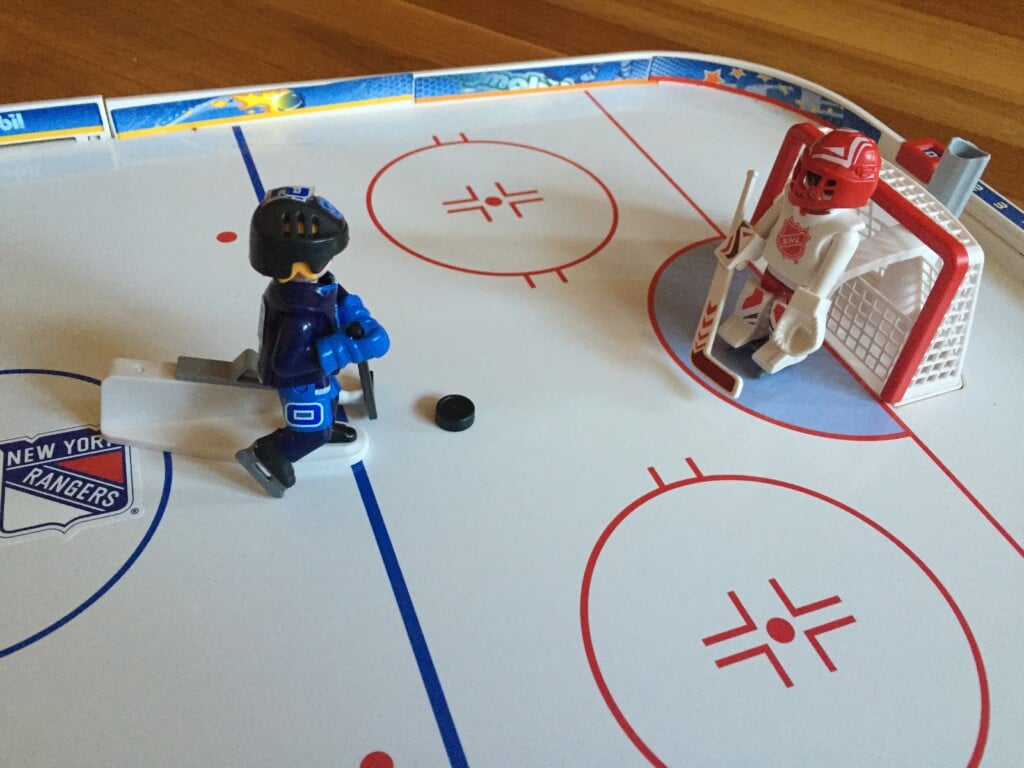 What’s extra neat is that you don’t just pretend to hit the puck, you really do hit the buck. Each player can hold their stick and you simply pull back on a lever to swing it and fire off a slapshot! 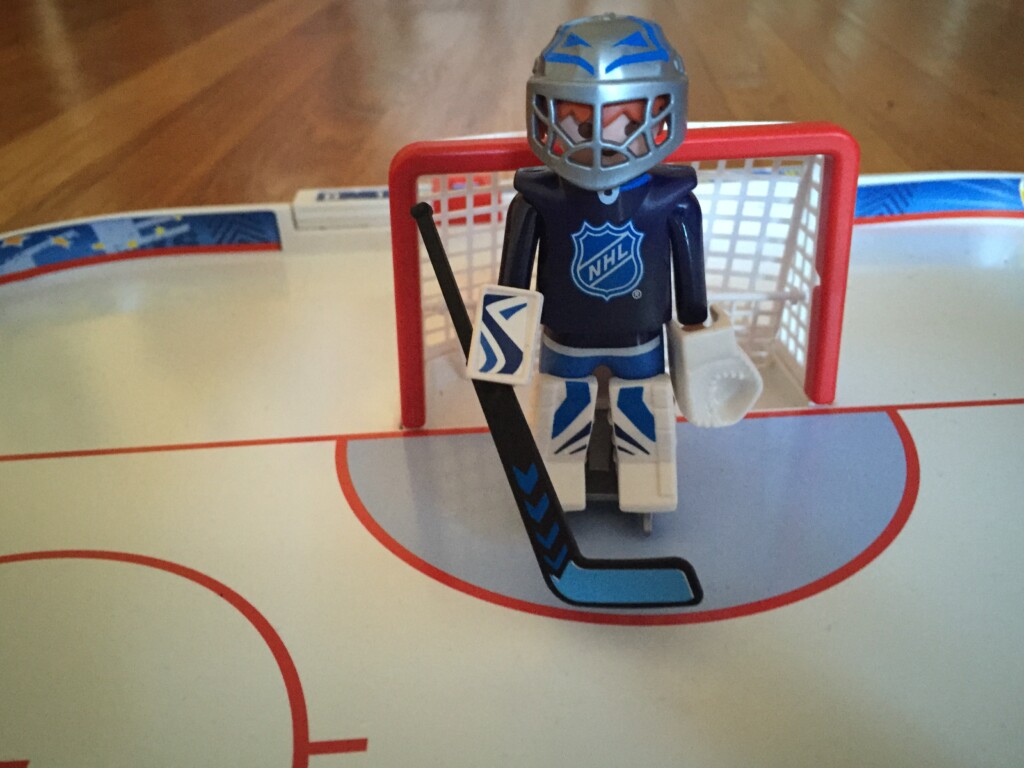 Of course, there’s the goalie to contend with! Attached to a joystick at the edge of the rink, you can move the goalie around to block all sorts of shots.

It’s a really cute set but also a fun one that young kids can really get into. Heck, I know a few grown ups who’d probably love a set of their own too!

What’s more, there’s an entire NHL Hockey line available from Playmobil including Referees with the Stanley Cup, a Zamboni and individual players from NHL teams in appropriate team uniforms.

If you’re looking for a great holiday gift that’ll get heads turning and people saying, “OMG! That’s so cool. I didn’t even know it existed,” then you should definitely take a look at Playmobil’s entire NHL line. 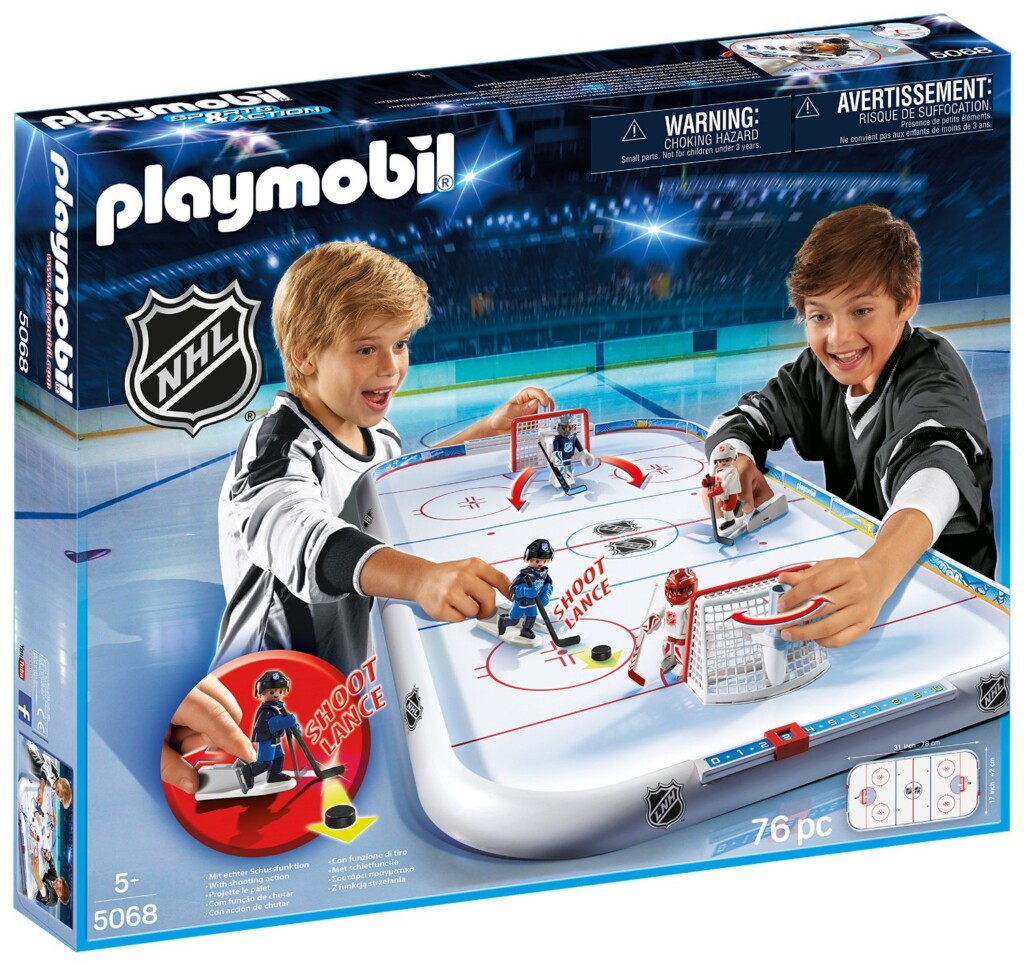