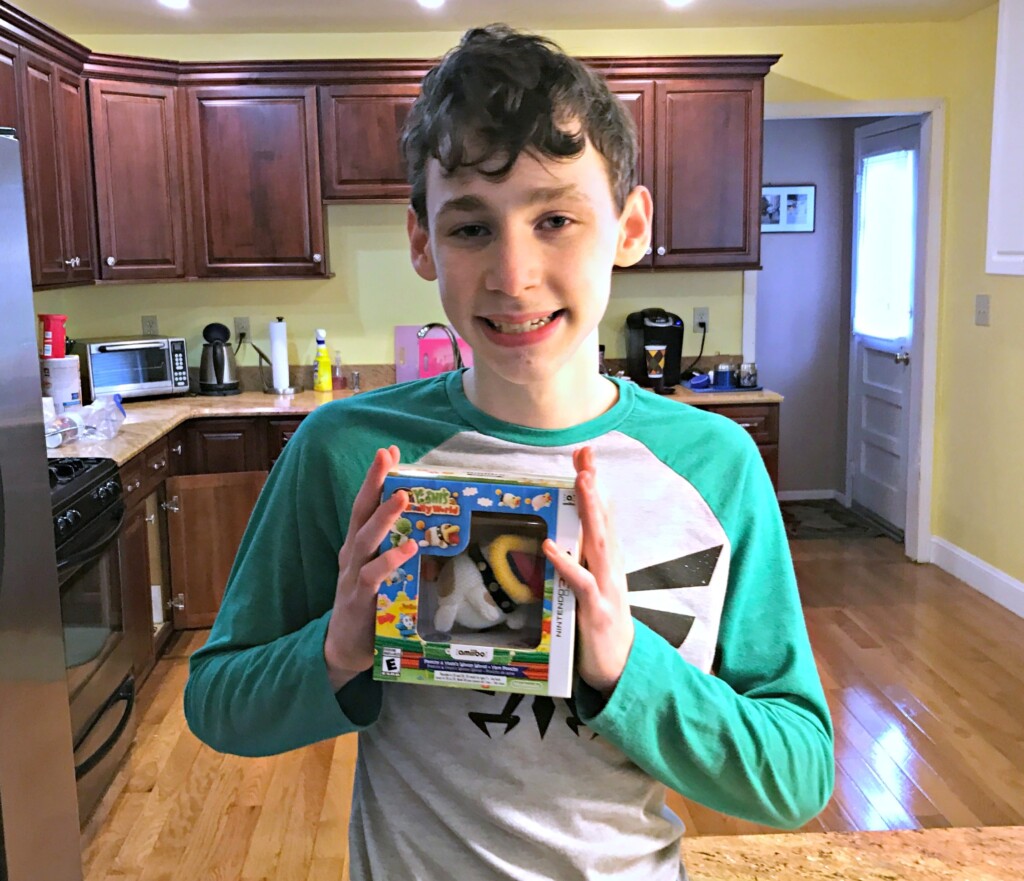 Since this is a remake of Yoshi’s Wooly World, I will only be going into the changes and additions from that game to this game.

A new feature in this game is the ability to create your own Yoshi designs and by using a Yoshi amiibo you can transfer your design to another game. 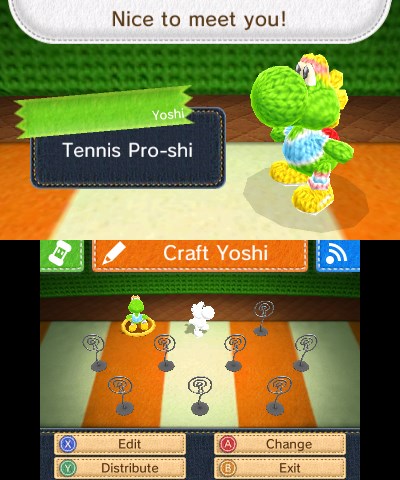 All the levels from the Wii U game are there with the only difference being stamp patches are replaced with pencil patches which unlock custom patterns to use when creating your own Yoshi pattern.  Which is good since I stink at making my own Yoshi.

The main new feature of this game is Poochy Dash.  This game is an auto runner where you must guide Poochy though courses in order to collect the most beads.  Each level is unlocked after completing the 4th level in the world which means there are only 6 levels which is not a lot. 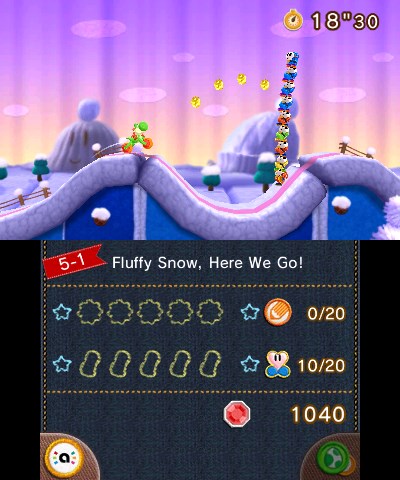 Another new feature is the addition of Poochy-pups which appears in Mellow Mode.  Mellow Mode for those who don’t know, is basically an easy mode that can be selected at anytime.  The Poochy-pups act as infinite eggs and help you find the many secrets of this game.  This makes Mellow Mode even easier so I will probably not use it again as I would like a challenge. 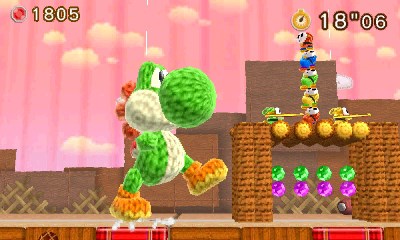 This game introduces the Yoshi Theater where you can watch 31 stop motion Yoshi videos and after each video you get asked a question and if you get it right you earn 500 beads.

To my knowledge, the only feature the does not return is co-op which is sad. 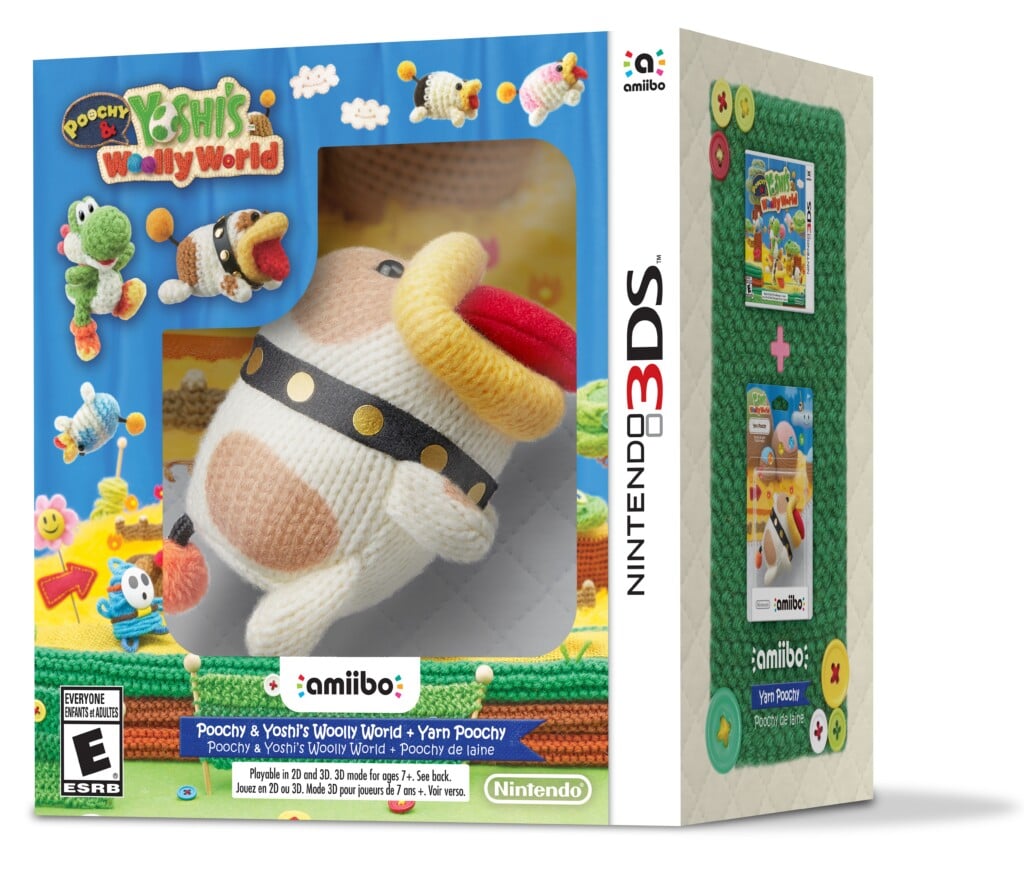