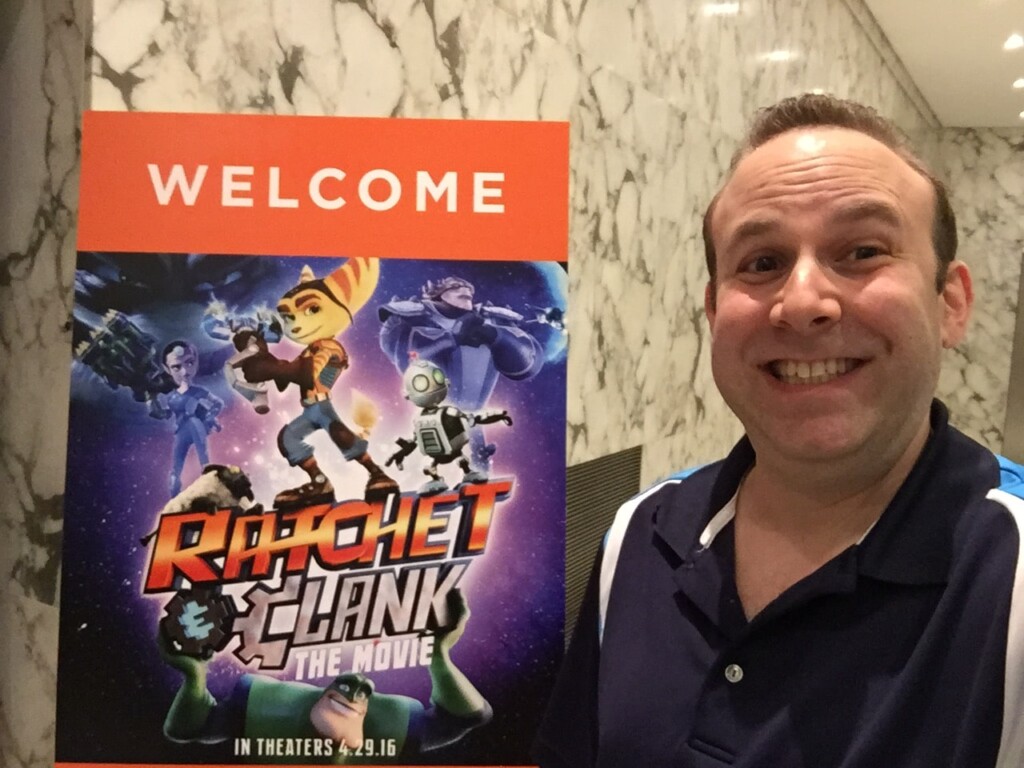 I’ve had a lot of video game platforms in my lifetime, but right now I’m so wishing I owned a PS4. Yes I did own an original PlayStation and even a PS2, but life got in the way and I haven’t kept up with it.
Recently, I had the privilege of attending an early screening of the Ratchet & Clank movie, thanks to SheKnows Media! Based on the popular PlayStation series, the new film sees the foolhardy, hero-wannabe lomax named Ratchet team up with the unlikeliest of allies in an adorable little robot on the run named Clank. The two join forces with the Galactic Rangers to stop the evil Chairman Drek from continuing to destroy planet after planet in his mad quest across the galaxy. After seeing the film with the crazy characters and super-cool weapons (there are sooo many neat weapons!), I’m dying to play this video game!
Ratchet & Clank will be IN THEATERS FRIDAY, but I was able to hit NYC for an early screening. And I even got to bring Ryan and some friends along! 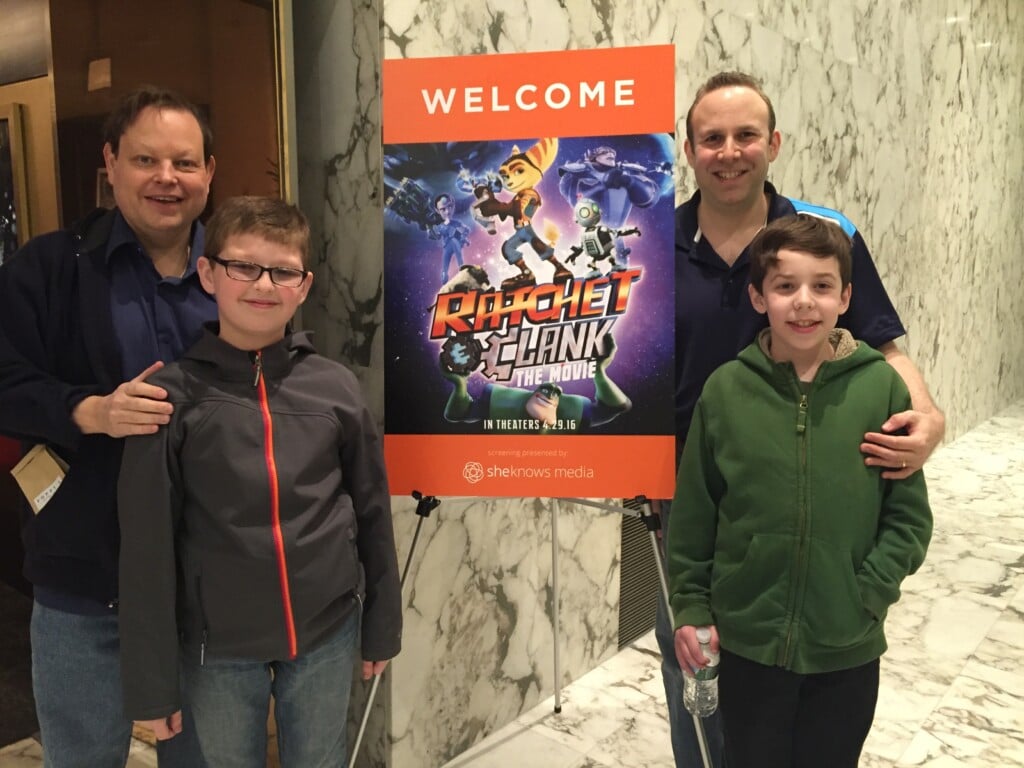 Joining us were Ryan’s friend Joshua and his dad Eric. We got to the premiere early enough to enjoy a fun, relaxing cocktail hour before the film.

There were loads of crayons and activity pages to keep the little ones occupied for quite some time. Of course, for the older kids (and us adults!), there was something much more exciting: food! Take a look at the great spread that the SheKnows gang put out for us. 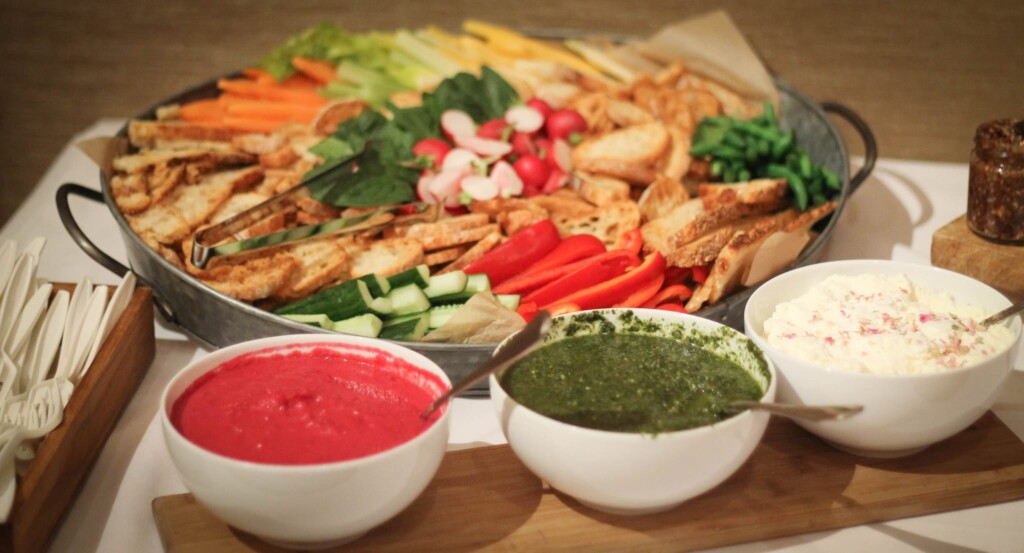 You can’t get more colorful than that! Some delicious dips accompanied a gorgeous plate of crackers and veggies. (Note: I can live on red peppers alone, so I was really happy!) 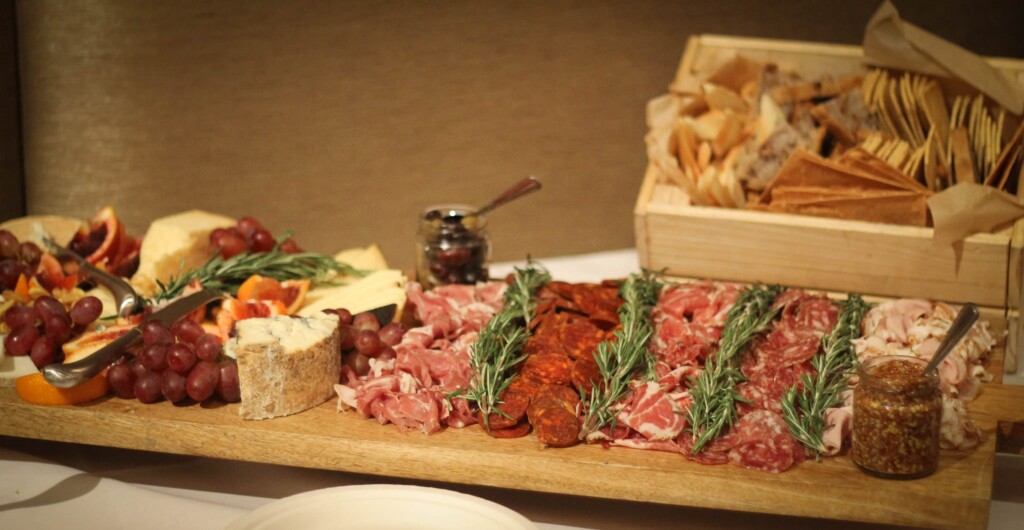 Fruit, cheese and assorted Italian meats: we are definitely off to a fabulous start, I’d say! 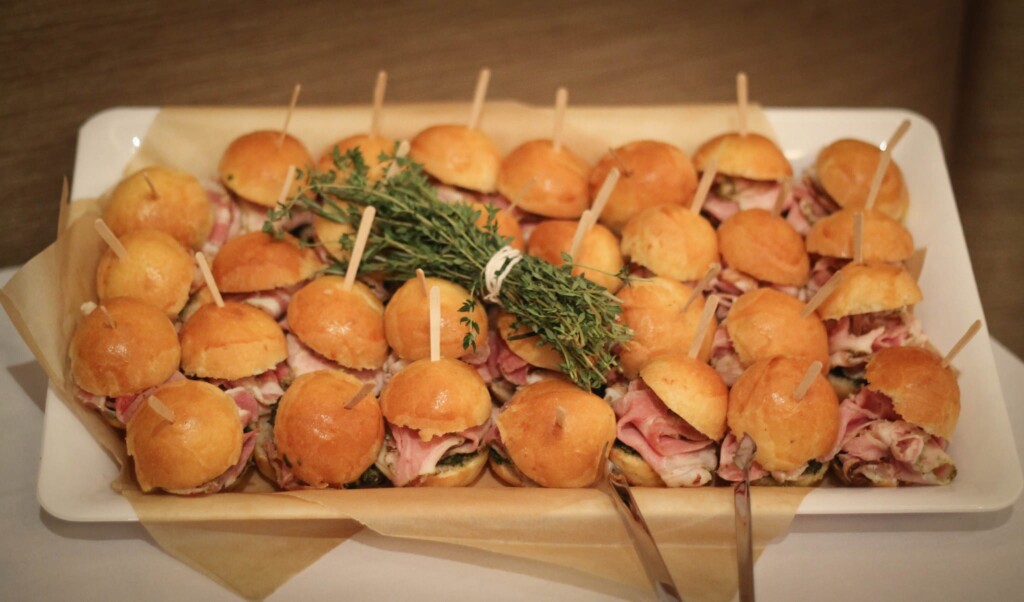 Rounding things off were these adorably delicious gourmet sandwiches filled with a sort of pesto dressing and more Italian meat! 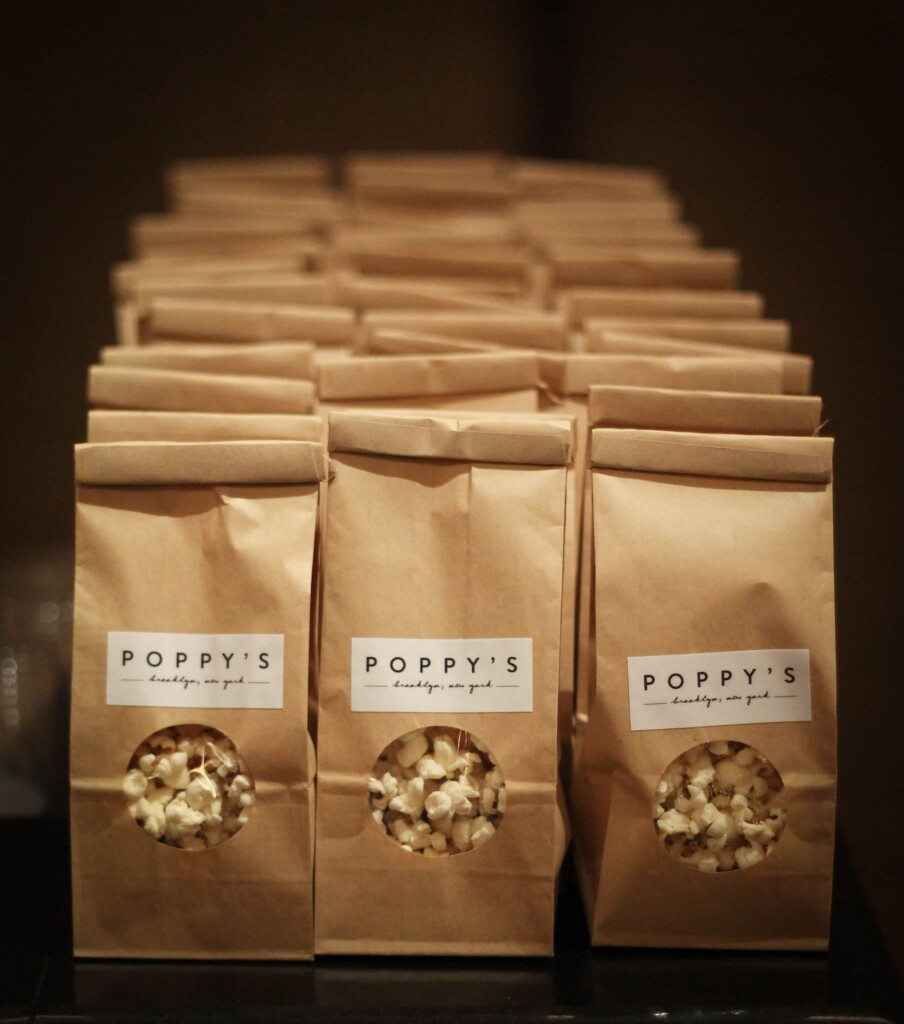 Of course, you can’t have a movie without popcorn, right?

While munching away on all the goodies, I got to meet up with some lovely bloggers. That’s really my favorite part of these type of events. I saw old friends (like Mitch and Vera), as well as made a number of new ones, like Carolyn from The Pleasantest Thing. 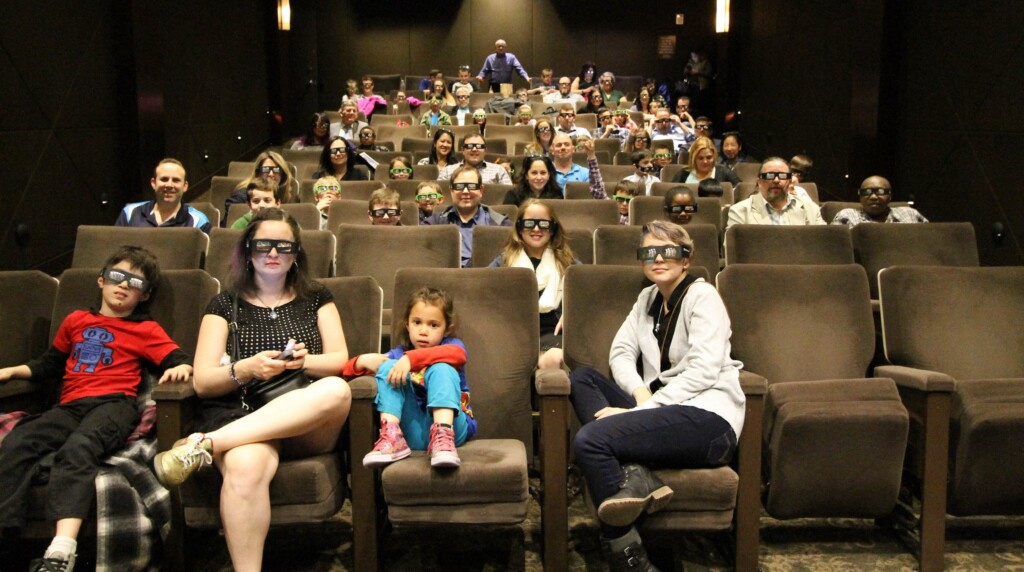 When the time came, we were all ushered into the private Dolby theater. I so need one of these in my house! Can you spot us in the third row? 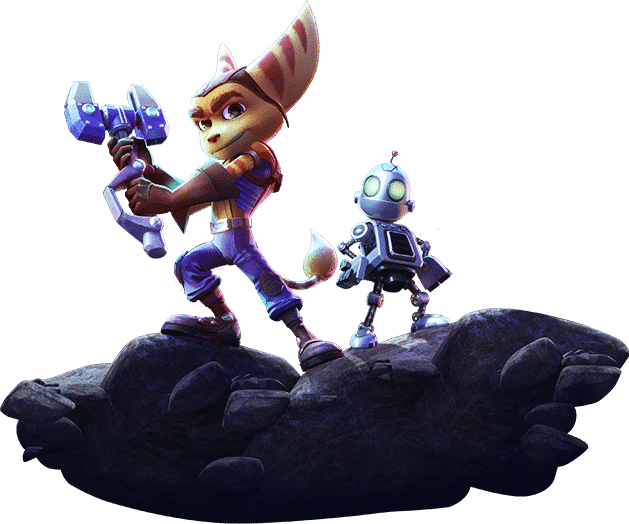 What I loved most about the Ratchet & Clank movie was the animation style. It really seemed like a video game translated to the Big Screen. Imagine the best cut scenes from your favorite game stretched out and used to tell one long, exciting adventure. The textures were probably what I noticed most. I know, that’s not typically the first thing you’d think of, but there was such a unique style to many of the characters that it gave a really interesting feel to the whole film. From Ratchet’s cat-like fur to Drek’s rubbery amphibian skin tone, I was totally drawn in. 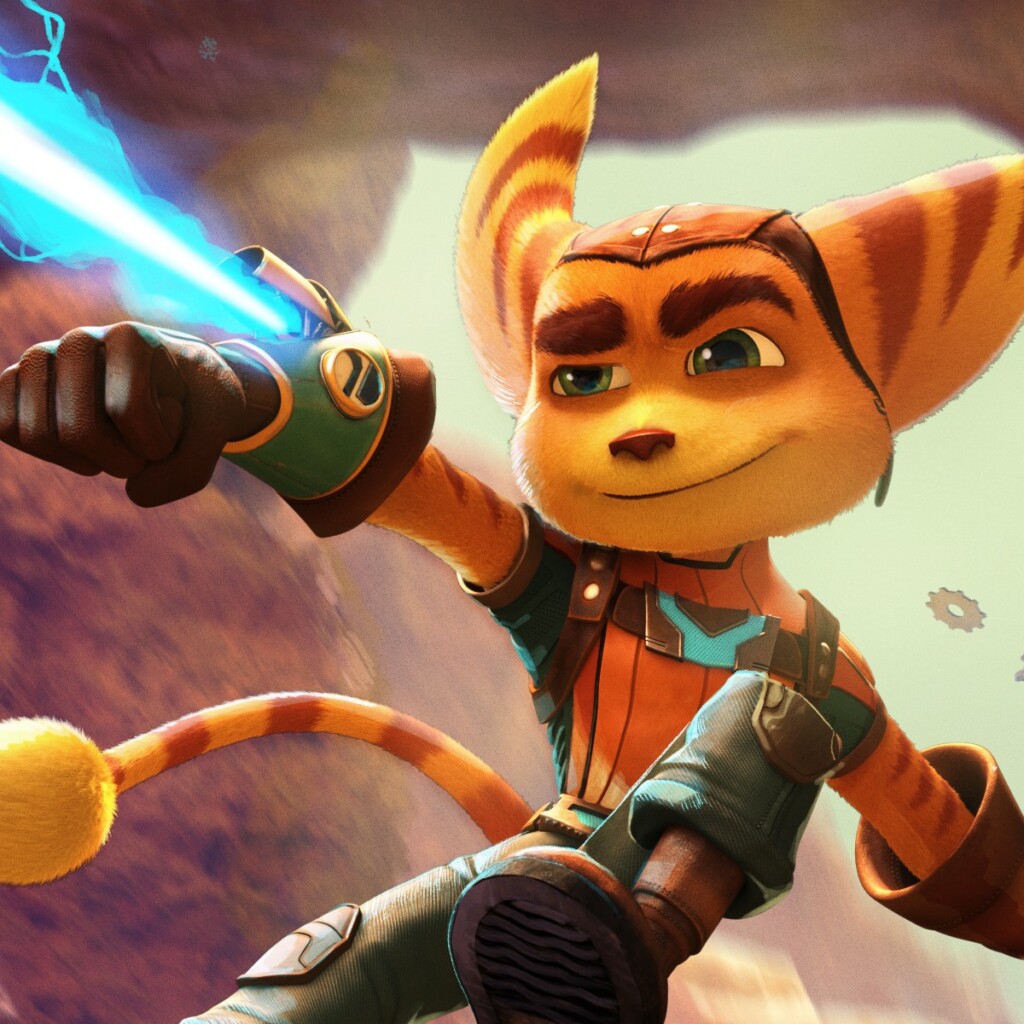 Without giving too much away about the story, I’ll just say it stars Ratchet, a carefree mechanic with big dreams. He’s dying to be a hero like the Galactic Rangers, who he worships. When things get really crazy on his planet, Ratchet teams up with Clank (who has one of the coolest origin stories) and makes things better and worse at the same time.

The official movie description:  Ratchet is the last of his kind, a foolhardy lombax who grew up without a family. Clank is a pint-sized robot with more brains than brawn. After stumbling upon a weapon that can destroy entire planets, they join forces with a team of do-gooders known as the Galactic Rangers. Together, they must stop the evil alien Chairman Drek from utilizing this dangerous technology. Along the way, Ratchet and Clank learn valuable lessons about heroism, friendship and discovering one’s own identity.

There are a number of great lessons in this film including one of my favorite quotes about heroes: “A hero doesn’t need to do big things. A hero just needs to do the right thing.” 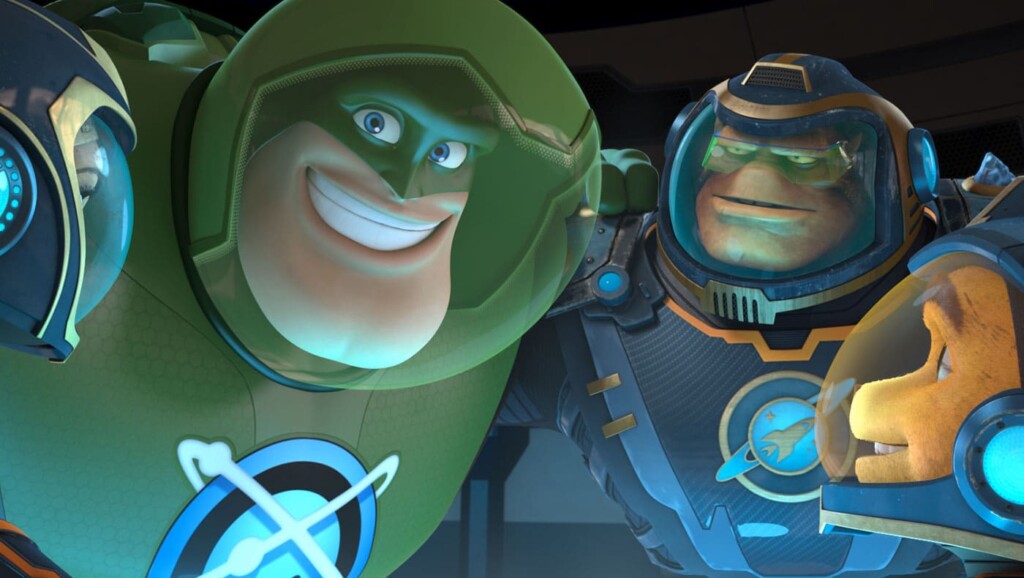 There’s also a great cast of voice talent such as Sylvester Stallone (he makes such a great bad guy!), Paul Giamatti and John Goodman. And of course, super sci-fi nerds will recognize Armin Shimerman’s voice (he played Quark on Star Trek: Deep Space Nine) as the super-cool mad scientist Doctor Nefarious. If you’re ready to “Kick Some Asteroid,” then get your tickets now and set your sights on Ratchet & Clank, in theaters April 29. 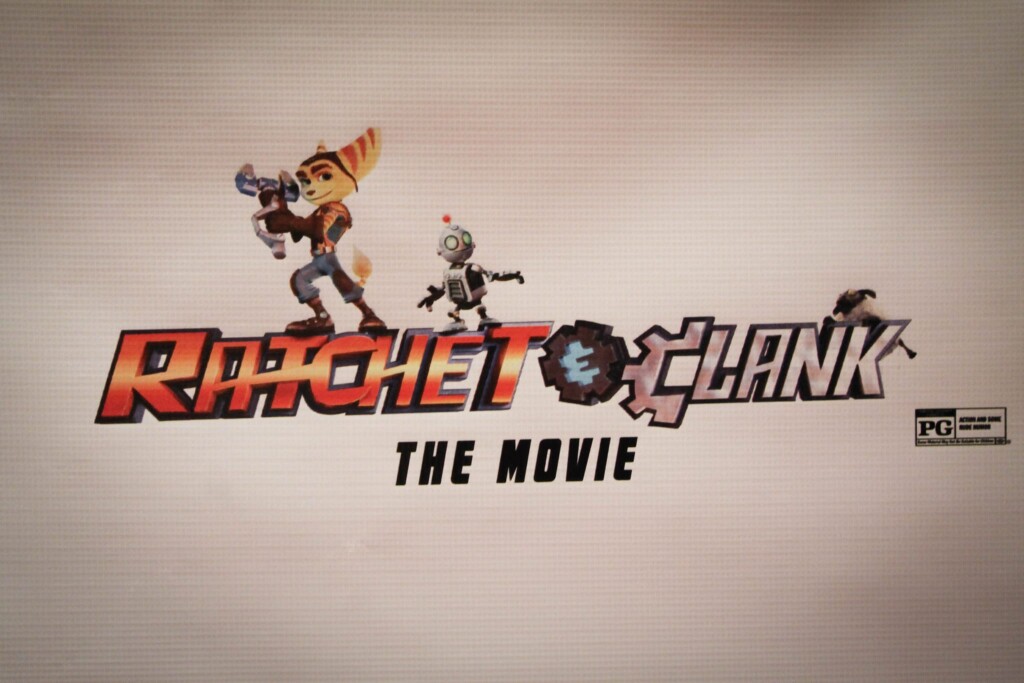 Some photos courtesy of Carmen Staicer.