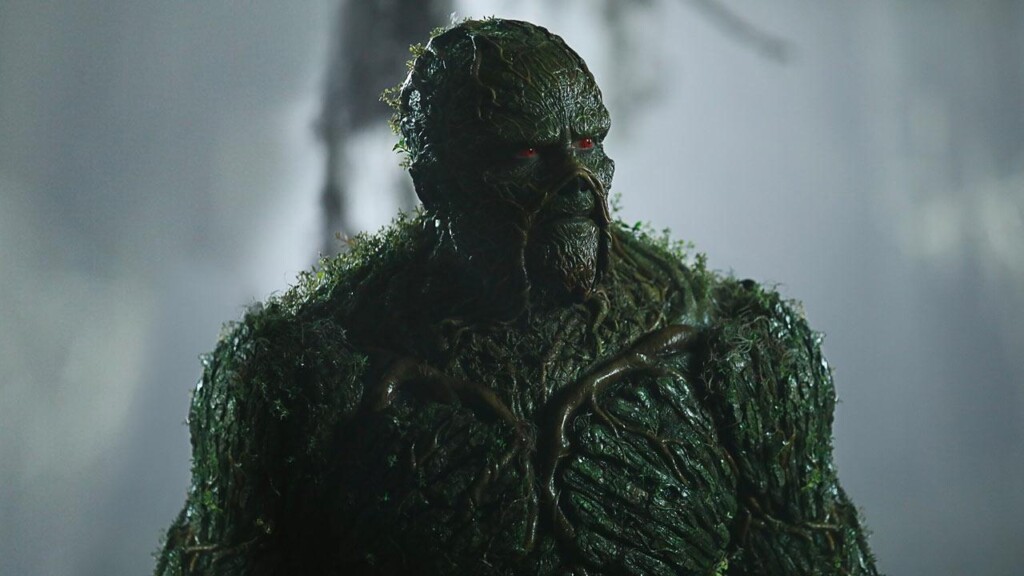 I was always a Marvel Zombie growing up. I would eat, breathe and sleep Captain America, Spider-Man, The Avengers, The X-Men and everyone else who fought for good in the Marvel U. My buddy Ethan was more of a DC Guy and was constantly trying to get me to give them a shot. But the books he mentioned sounded ludicrous.

Really? Swamp Thing? The muck-encrusted mockery of a man? I wasn’t into horror and thought it just sounded… well, dumb. But I gave in to Ethan’s prodding and started reading Saga of the Swamp Thing with issue #21, “The Anatomy Lesson” written by the crazy talented Alan Moore.

And I was hooked.

Plan and simple, Alan Moore is now my all-time favorite comic book writer and his lengthy stint on Swamp Thing is unbelievably fantastic. Yes there’s horror, but there’s soooo much more. Suspense. Action. Emotion. And yes, even romance. But above all else, it’s a really really smart read. It’s just brilliant. And to this day it’s one of my favoritest comic series ever.

So when Swamp Thing was announced for the DC Universe streaming app, I was obviously skeptical. After all there had been a few Swamp Thing movies that were, well, far from good. But both Titans and Doom Patrol were such well-done shows on the DCU app, I had faith.

And then I watched it.

My faith was not shattered. It was rewarded. Big Time.

The Swamp Thing streaming series is a really strong adaptation of Alan Moore’s Swamp Thing run. Sure there are some liberties with characters but overall, it’s pretty darn spot-on. In fact, the penultimate episode of Season 1 is called, “The Anatomy Lesson” and OMG was it perfection!

If you’ve never read Swamp Thing before, I can’t recommend it enough. If you have, go re-read it!

Either way, fans of the comic as well as fans of just really good suspenseful TV shows need to watch Swamp Thing. It’s worth the price of admission to get yourself the DC Universe streaming app. (Your membership gives you access to the other DCU-exclusive shows, plus loads of Batman, Superman, Justice League, you name it movies, TV shows and cartoons, PLUS access to thousands of DC Comics to read. I’m catching up on so many comics I haven’t read in years!)

Heck, it even features Ian Ziering (Mr. Beverly Hills 90210 himself) and Jennifer Beals from the classic ’80s film Flashdance.

The sad news, though, is the true horror of Swamp Thing. It’s not the weird plant-like outbreak that’s killing the citizens of Marais, Lousiana. It’s not the rumored Swamp Monster that’s killing people in town. Nor is it the uber-evil corporation that Avery Sunderland is somehow mixed up in.

Uh uh. The true horror of Swamp Thing is that it was cancelled after only 1 episode aired.

What’s worse… no legitimate explanation has been given as of yet.

The series was originally slated for 13 episodes but was cut down to 10. That was the first sign of trouble. But immediately after episode 1 aired on May 31, 2019, the cancellation was announced. Swamp Thing was an expensive series to produce, mainly due to a very pricey Louisiana marsh set. But as of this writing, the series is embracing a 93% score on Rotten Tomatoes!

Like every other DC fan out there, I’m just as confused as to why Warner Bros. and DC would cancel a show after just one episode. Especially when it was receiving positive reviews. And further, why did they spend so much time and money advertising the big season finale for Swamp Thing when it’s cancelled? That seems a real oddball move from a marketing perspective. “Hey, come subscribe to the DCU app now and you’ll be just in time to watch the series finale of a show we just cancelled!”

I obviously tuned in to the finale and like every other episode, loved it. I’ve watched all 10 episodes with my son Jason (also a Marvel Zombie!) and he’s as upset as I am. The one good thing to come out of it though is that he now wants to read my collection of Swamp Thing Comics. 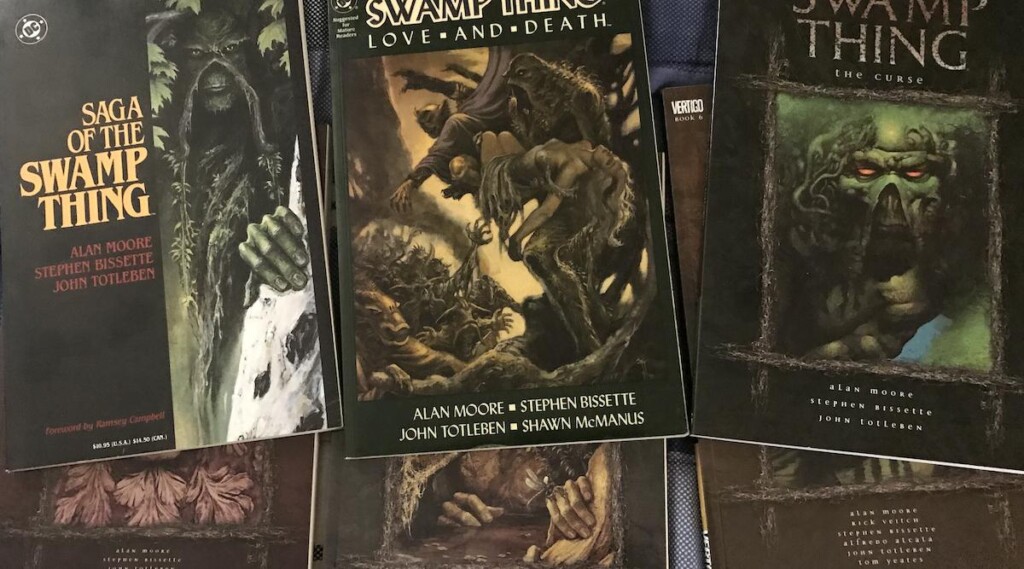 I’m still holding out hope that DC and Warner Bros. will realize how amazing this show is and bring it back for a second season and then some. After all, they certainly set up some future conflicts with a post-credits scene at the end of episode 10.
SWAMP THING follows Abby Arcane as she investigates what seems to be a deadly swamp-born virus in a small town in Louisiana but soon discovers that the swamp holds mystical and terrifying secrets. When unexplainable and chilling horrors emerge from the murky marsh, no one is safe. It stars Crystal Reed, Virginia Madsen, Andy Bean, Henderson Wade, Derek Mears, Maria Sten, Jeryl Prescott, Ian Ziering, with Jennifer Beals and Will Patton, and Special Appearance by Kevin Durand. 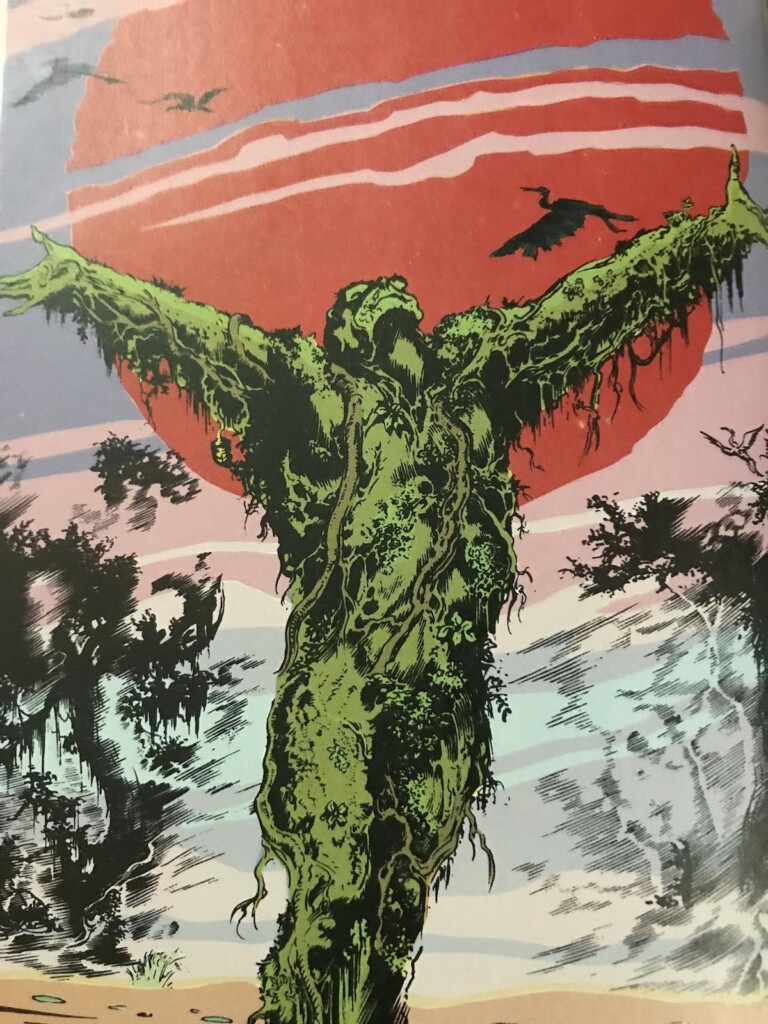