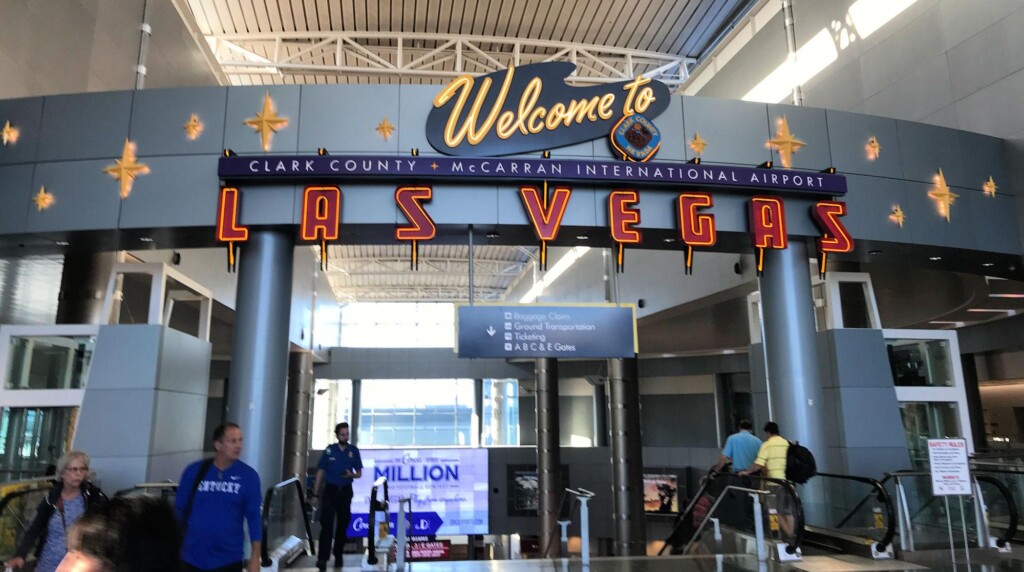 I must have been to Las Vegas at least six or seven times in my life. Mainly for work. But this summer, I took the family for the first time ever. It was a short stopover on our way to the Grand Canyon, but we still managed to give the kids a good feel for what Vegas is all about. 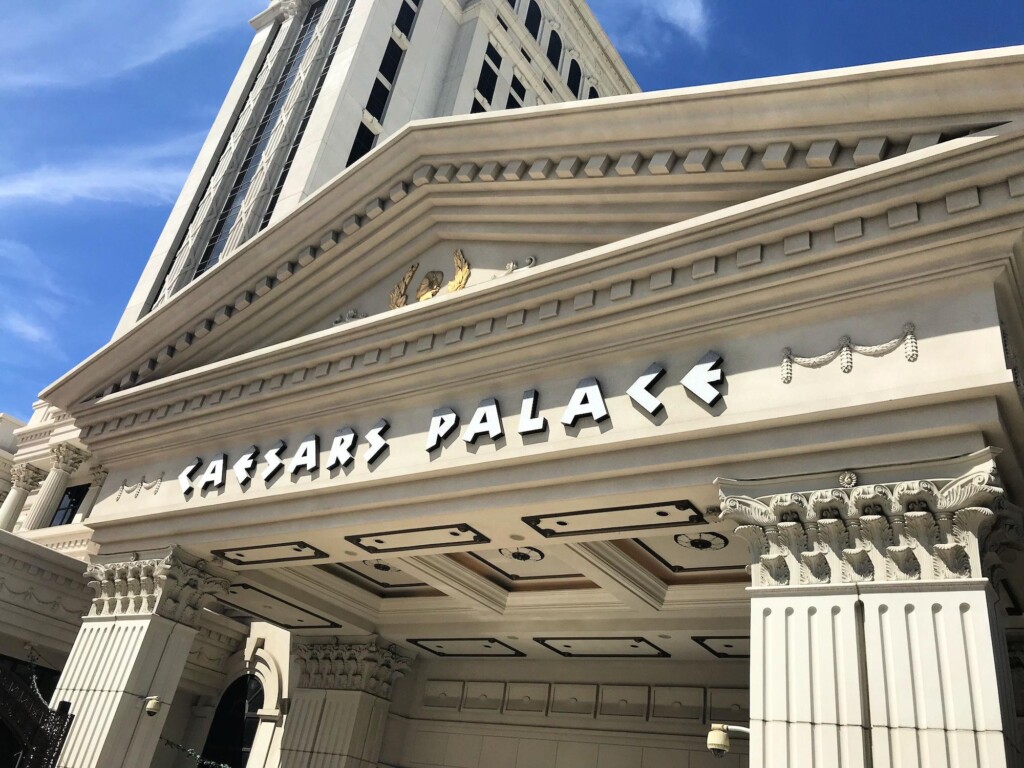 I’ve always wanted to stay at Caesars Palace, but it was always too expensive. For some reason, prices were cheap so I took advantage. I know most hotel casinos on The Strip (are big and opulent but they all pale in comparison to Mighty Caesars.

This place was HUGE. Seriously, it must have taken 25 minutes to go from our hotel room to the main street outside.

There’s even an entire indoor shopping mall attached to the hotel, all done up in a Roman style. It’s worth walking around just to see the the huge Neptune fountain, benches in the shape of fallen columns and tons of statues all over the place. 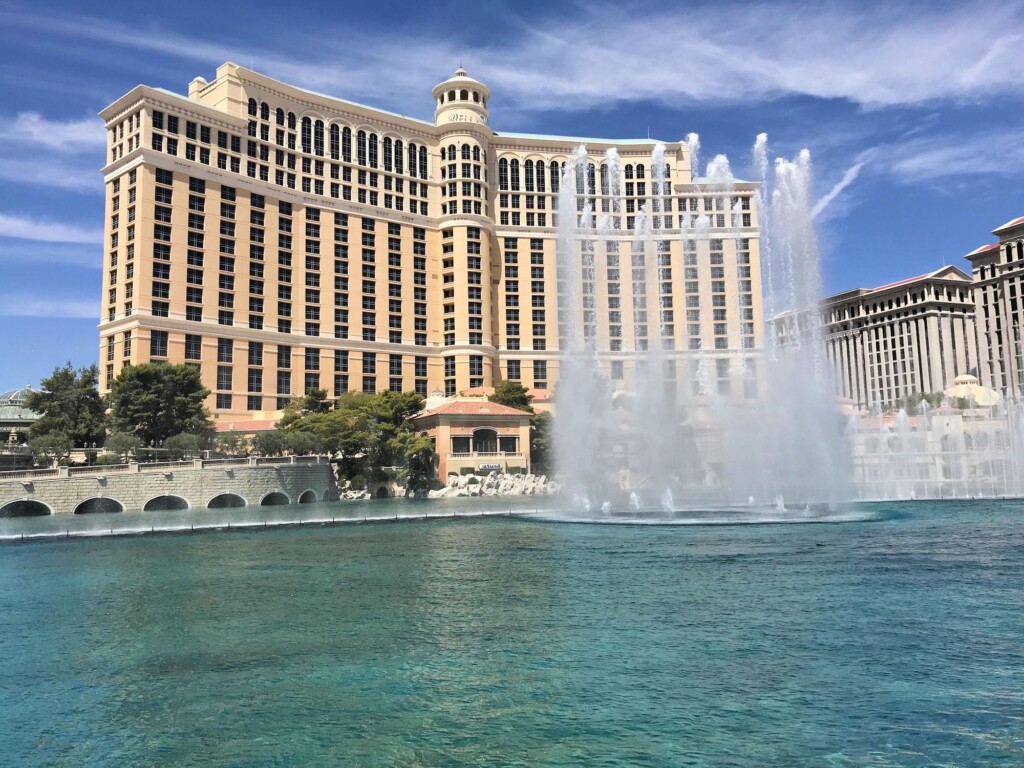 We spent the bulk of the day walking up and down Las Vegas Boulevard just admiring the overindulgence and crazy extravagance of it all.  The water show outside of The Bellagio is always a treat. 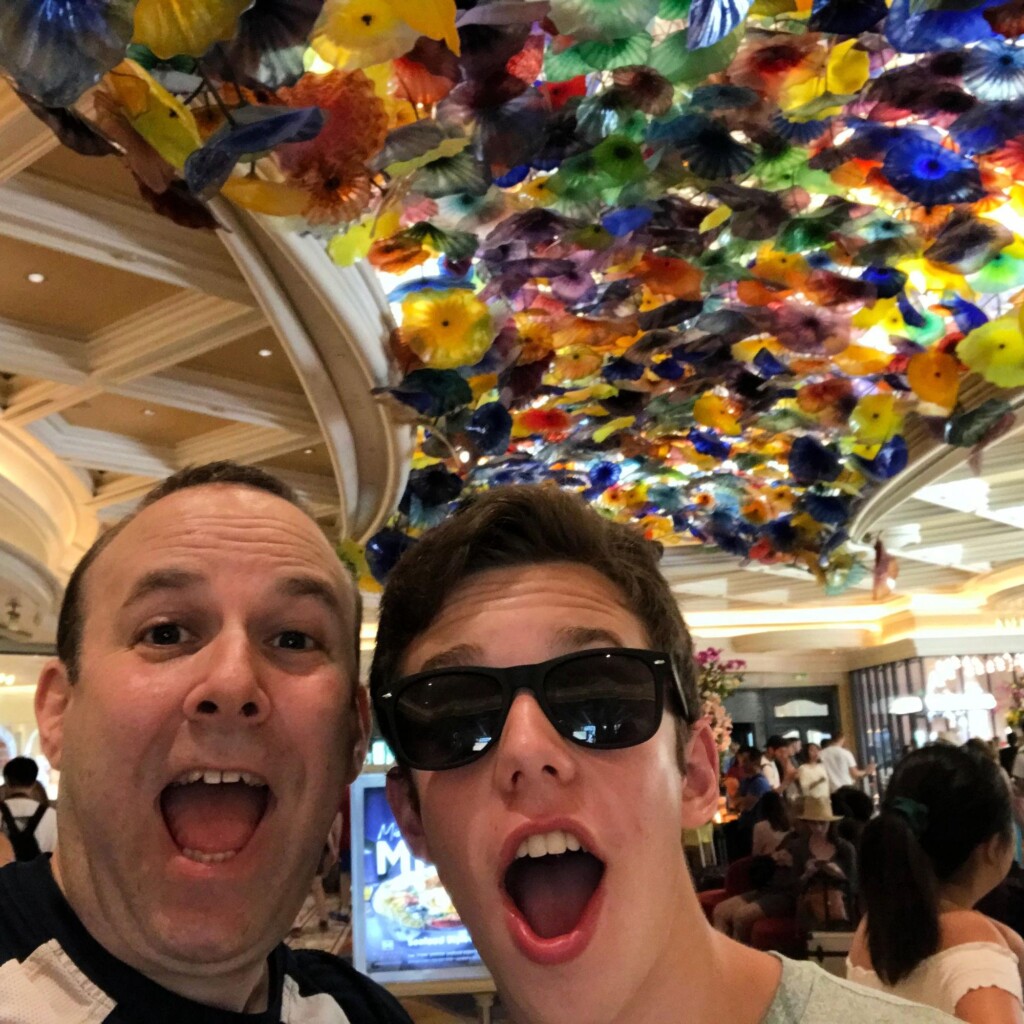 The lobby of The Bellagio features a breathtakingly colorful ceiling full of Chihuly glass sculptures. Clearly Ryan’s as impressed as I am. 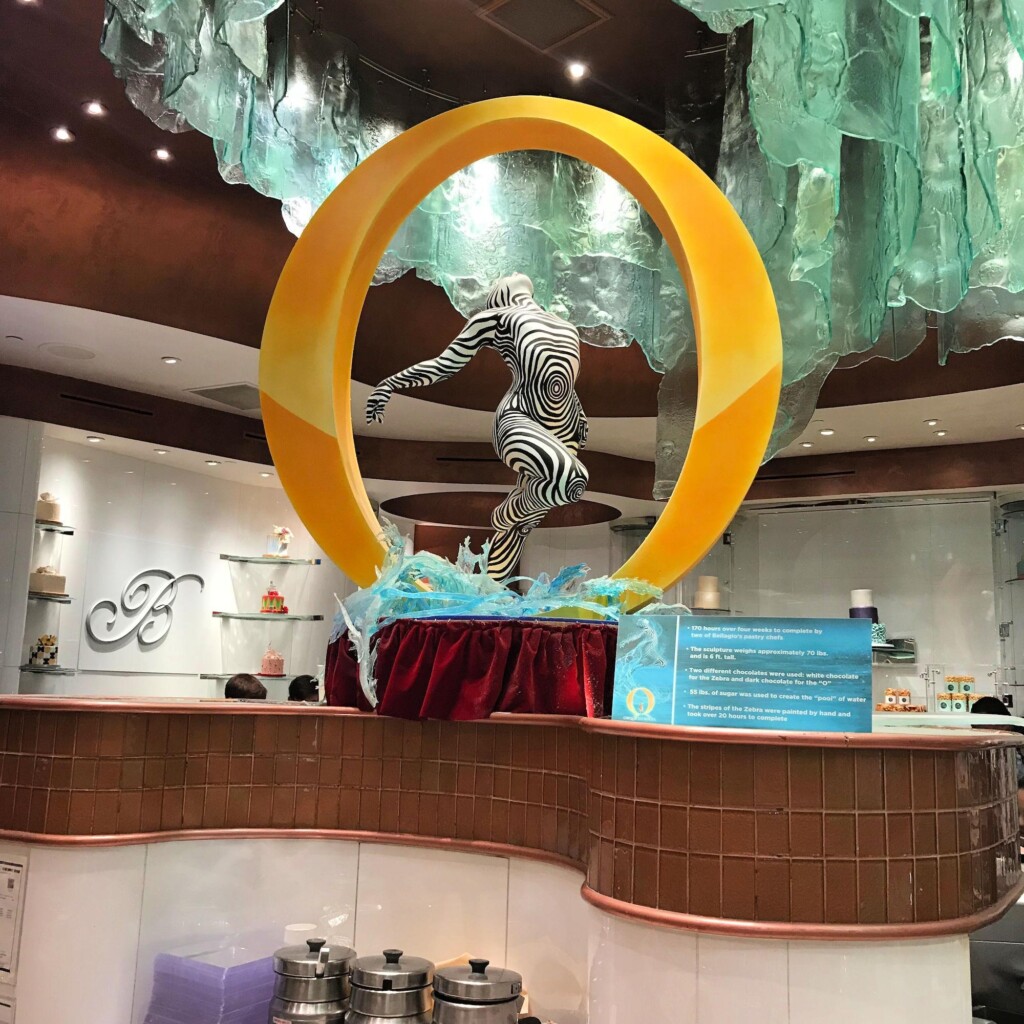 This chocolate store at The Bellagio features a gorgeous all-chocolate “statue” for the Cirque du Soleil show O that’s performed at the hotel. Yes, the entire thing is made of chocolate and no they wouldn’t let me taste it. 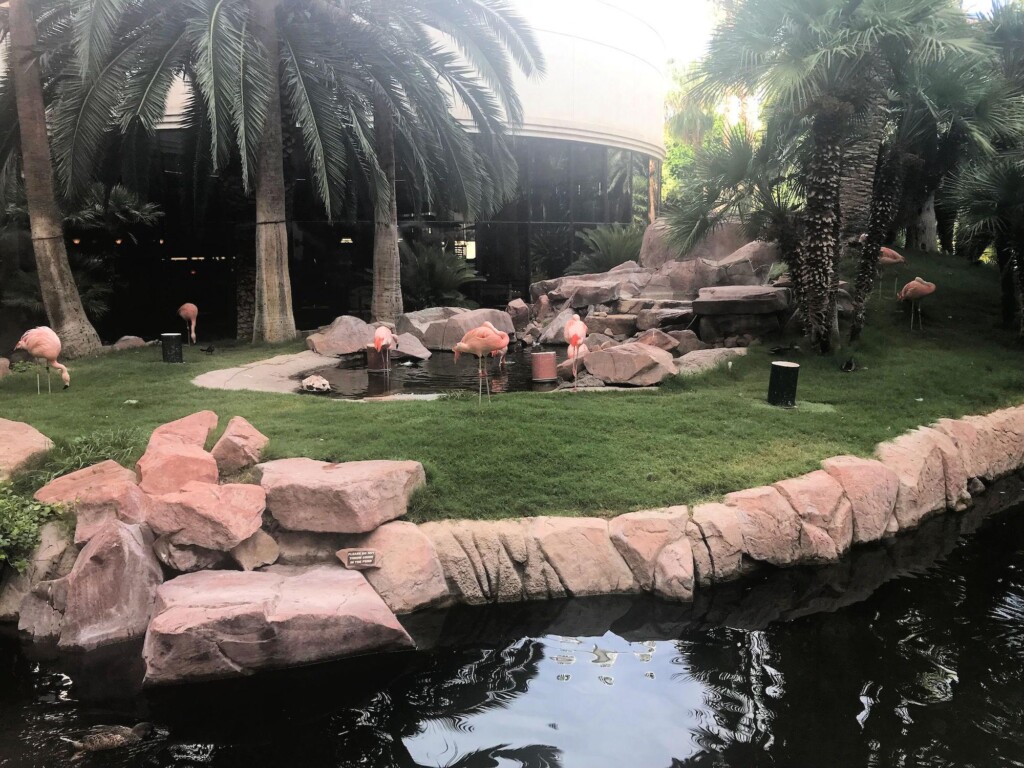 The Flamingo Hotel truly lives up to its name with a real Flamingo Wildlife Habitat area. There’s a beautiful park in the back with koi ponds, flamingos, ducks and other birds. 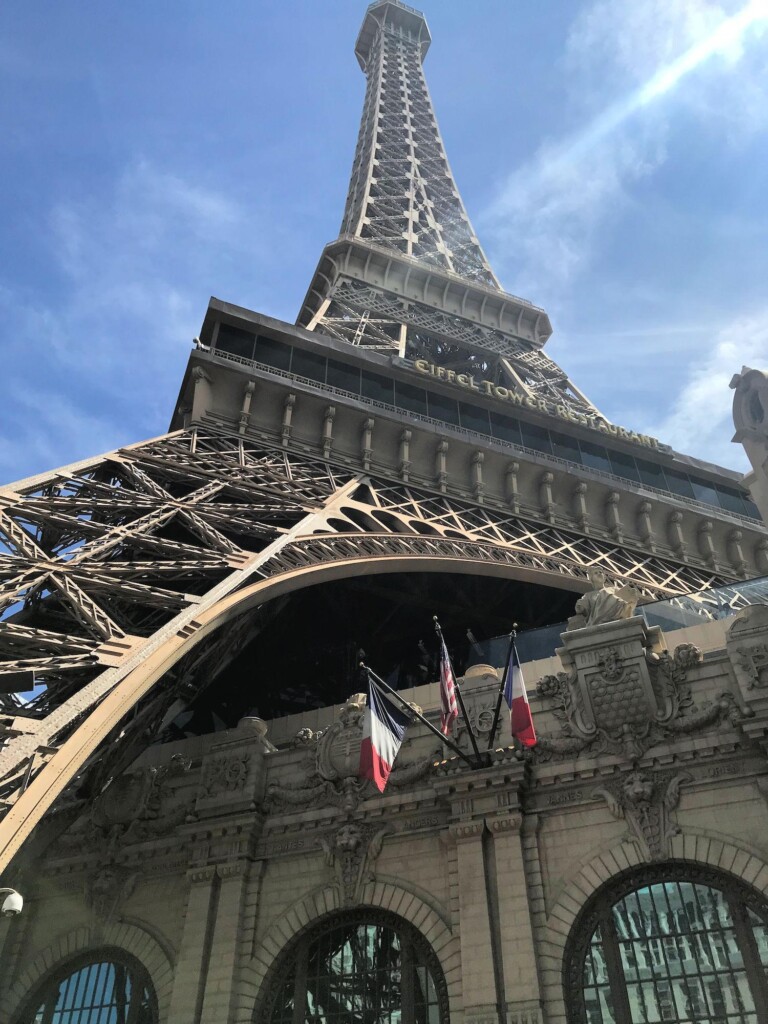 Why spend thousands on airfare and hotels to go to Paris, France? Instead, simply walk over to The Paris with its replica of The Eiffel Tower. You can actually take an elevator up to the top for some amazing views of the city.

I absolutely love the indoor setup of The Paris, particularly the market area full of restaurants. The ceilings are painting like the sky and you really feel like you’re walking outside in another country. 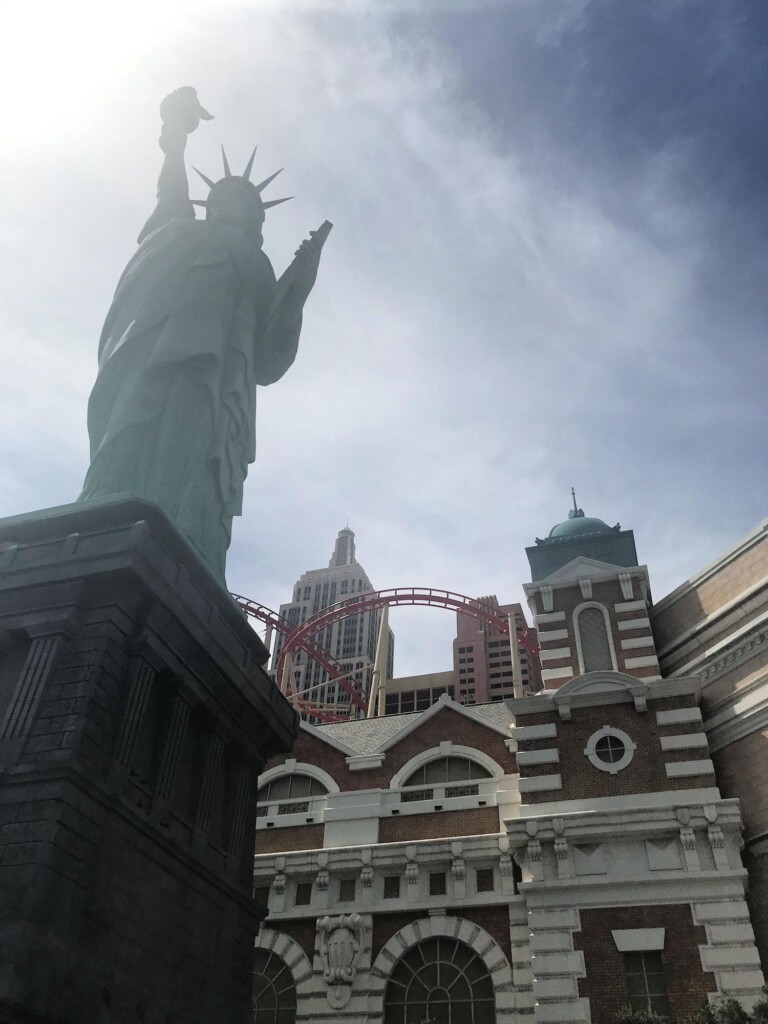 Even though we live in New York, it’s still pretty impressive to see the skyscrapers and a Statue of Liberty looking down at you. The kids dug the rollercoaster that goes in and out of the New York, New York Hotel.

Besides crazy huge buildings, Vegas is also known for its spectacular food. There were so many incredible restaurants to choose from.

Yes there are the never-ending buffets to satisfy any taste bud (My vote goes to the Wynn for best buffet all around), but there are also restaurants inside and outside the hotels from chains like The Hard Rock Cafe to Carmine’s (we love eating at the one in Times Square, NYC!) to top-notch sushi places like Nobu.

One night we ate at Rao’s at Caesar’s. My wife had one of the greatest steaks she’s ever eaten in her life. I had a mouthwateringly delicious linguini and clams (one of my favs), with a side of lobster potato croquettes. Soooo good.

There are also loads of restaurants from celebrity chefs like Bobby Flay, Guy Fieri, Giada De Laurentiis and Gordon Ramsay. But the best restaurant I stumbled upon was… 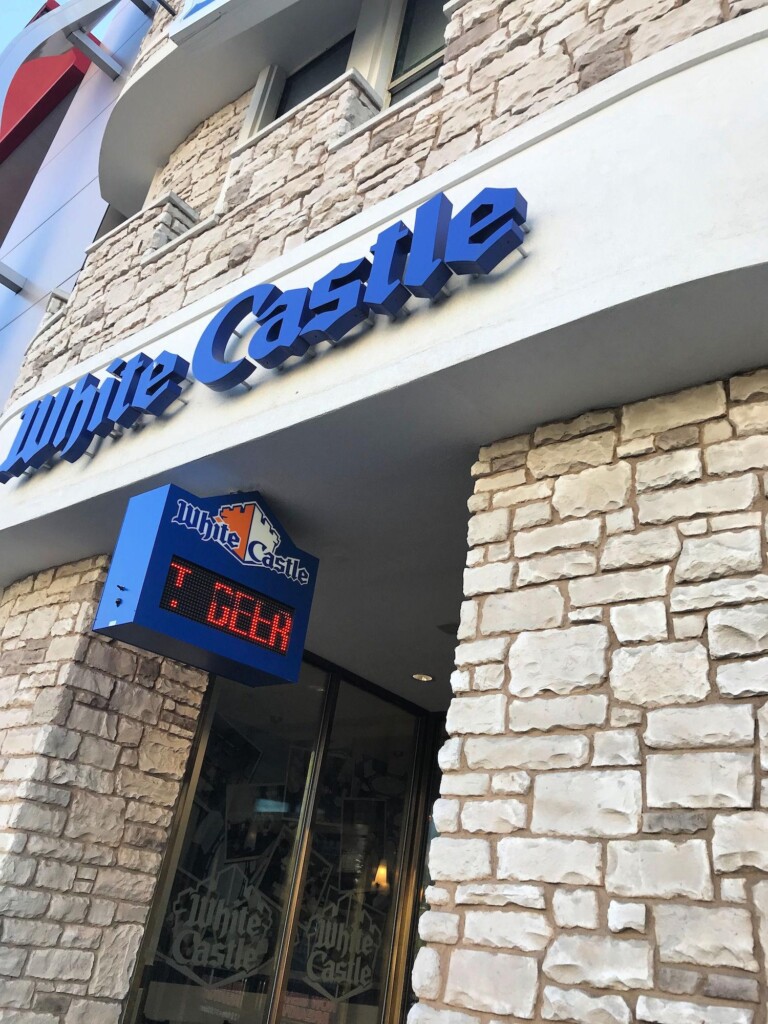 YES! Vegas now officially has a White Castle to satisfy your burger cravings. Bonus, it was only a block or two from Caesars!

Of course, Vegas wouldn’t be Vegas without gambling! I’m not a big gambler but like anyone who has a pulse, I do like to win casino games. I usually only play Black Jack if I hit the tables but I didn’t get around to it this time.

I did, however, quickly lose $5 or $10. We were all at the food court at Casesar’s waiting for our pizza to arrive, when I stepped away for a minute. I plunked down $5 on a slot machine and proceeded to lose it all in a span of 45 seconds I think. I had no idea what I was doing. So many choices, lines and bets to place. So I went back to the group and ate dinner. 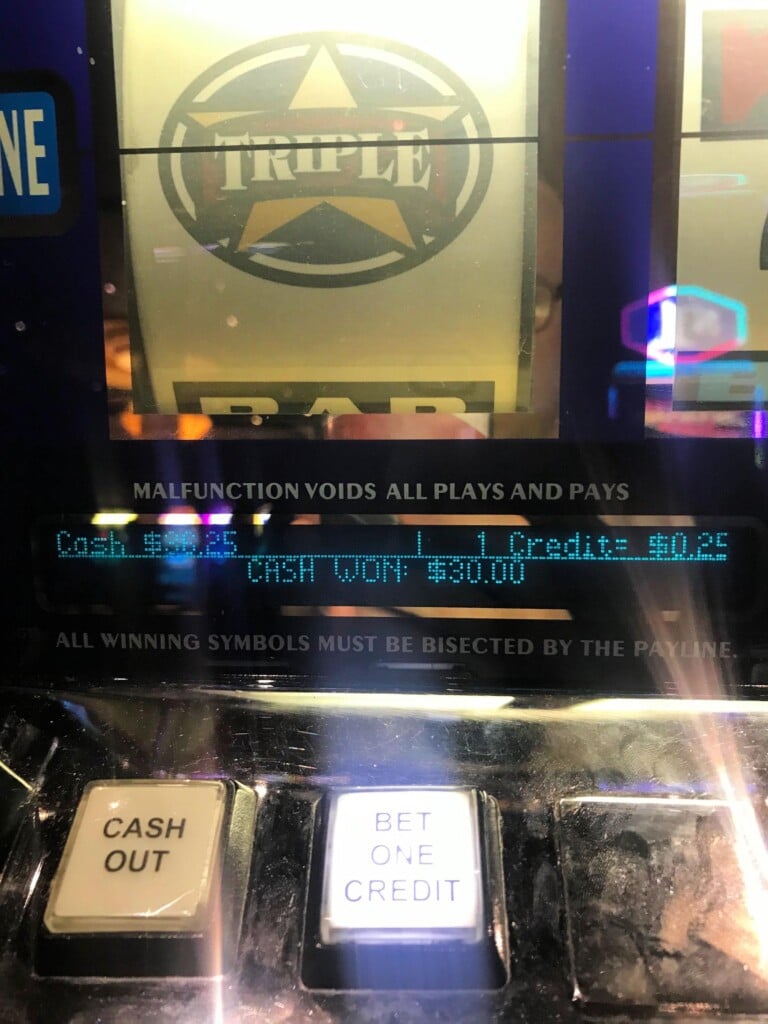 The next day, however, I found one of the cheaper slots that lets you pull the lever. Yeah, the old One-Armed Bandit. I only put in $5 but after winning a few small amounts, I hit it big! I scored $30 on one pull! Woo!

You better believe I quit while I was ahead. 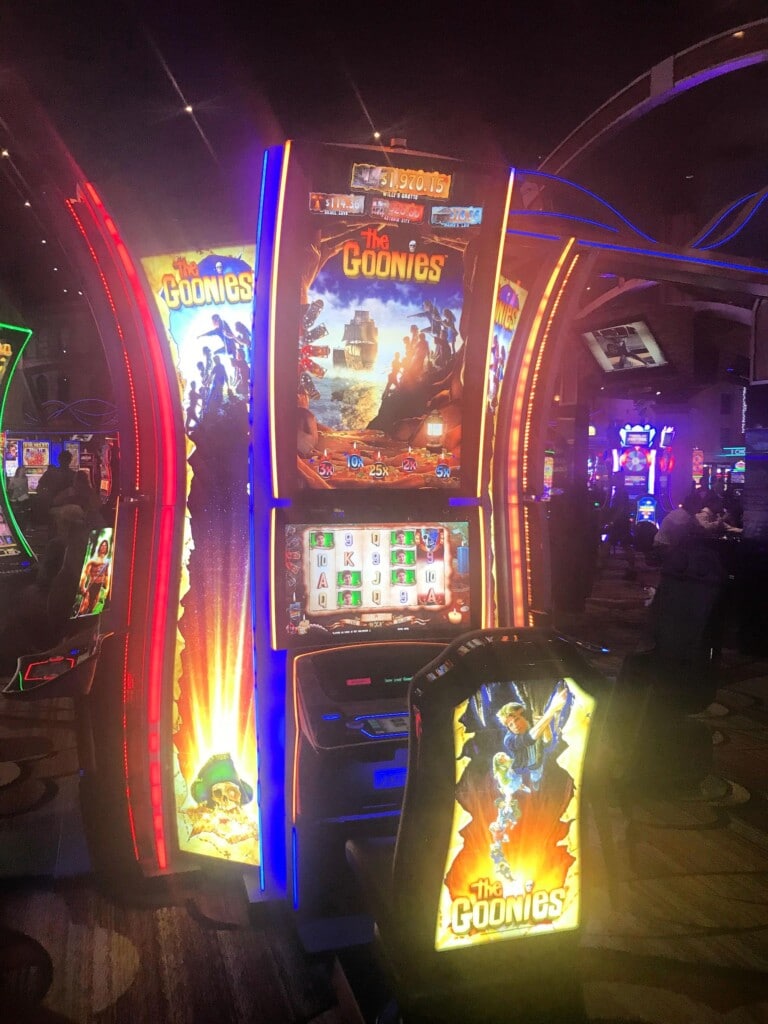 While I do prefer the old-fashioned lever-pull slots to actually play, it’s amazing how many different popular themed games there are. I saw slot machines for Wonder Woman, The Price is Right, Lord of the Rings and even The Goonies!

I know you can play slot machines online nowadays, but it’s still pretty mind-blowing to walk around a casino and see a huge 1960’s Batman TV show-themed game. 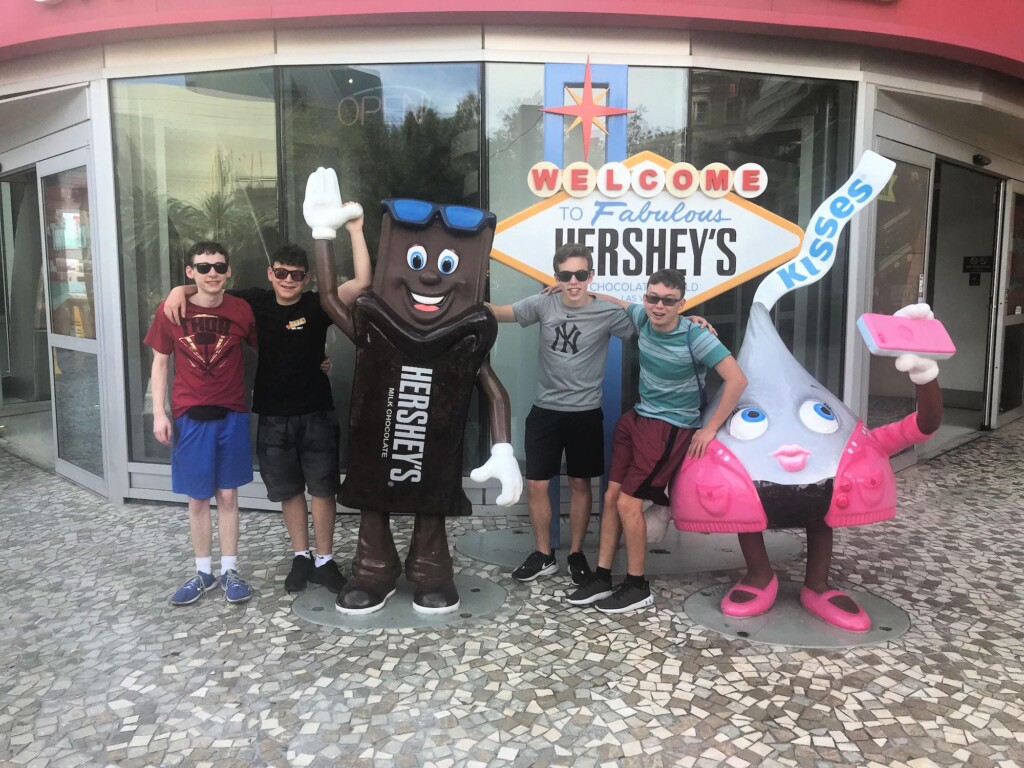 All in all, we had a really sweet time in Las Vegas, especially at Hershey’s Chocolate World. You can easily satisfy your sweet tooth there and gaze in awe at a giant Statue of Liberty made entirely of … 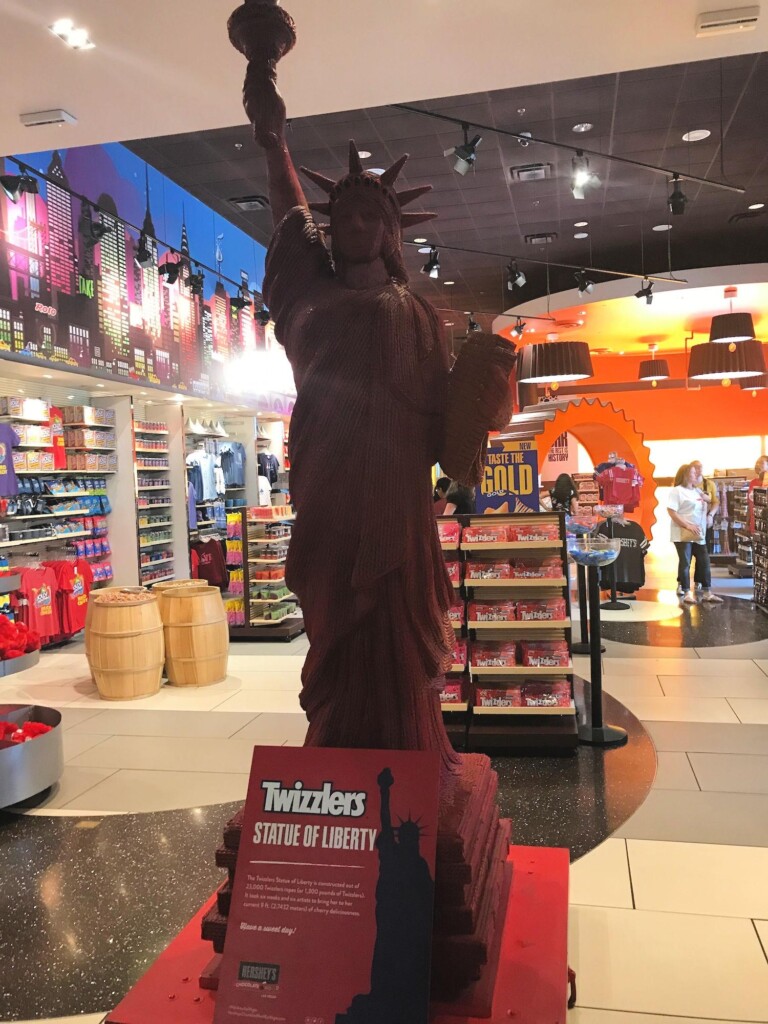 Twizzlers! This was easily the best-smelling Statue of Liberty I’ve ever come across.

Now we only spent about two days in Las Vegas but there are so many things to see, do and eat that you could easily lose yourself for weeks at a time. And don’t worry about all those extra calories you’re eating. Trust me, with the amount of walking you’ll end up doing, you may very well lose weight in the end.

1 thought on “Vegas Vacation With the Family”